creekgeek Posts: 1,174 Officer
June 1 in Northeast Fishing Reports #1
I took a coworker and his son out of Vilano today. We wanted to troll the beach a bit but the east wind was too much in my bay boat so we changed plans and picked up some live shrimp for an inshore morning. We started at the south jetty tip catching ladyfish and jacks as fast as we could rebait.. Connor eventually hooked something with a different fight that turned into a 24" snook 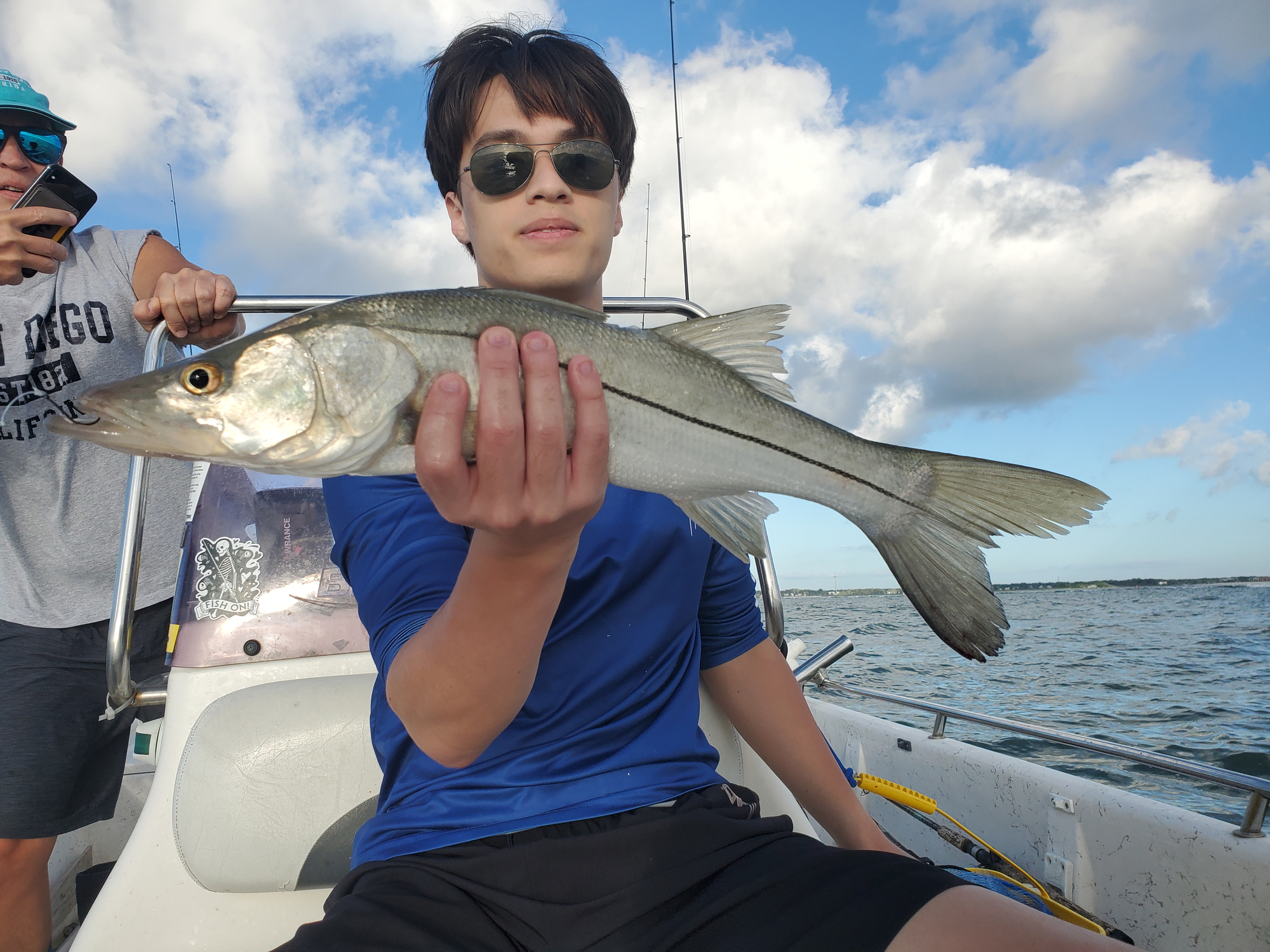 I lost one about the same size and then we decided to head down river to one of my favorite summer snapper haunts. They were there and caught a dozen or so including 7 keepers. 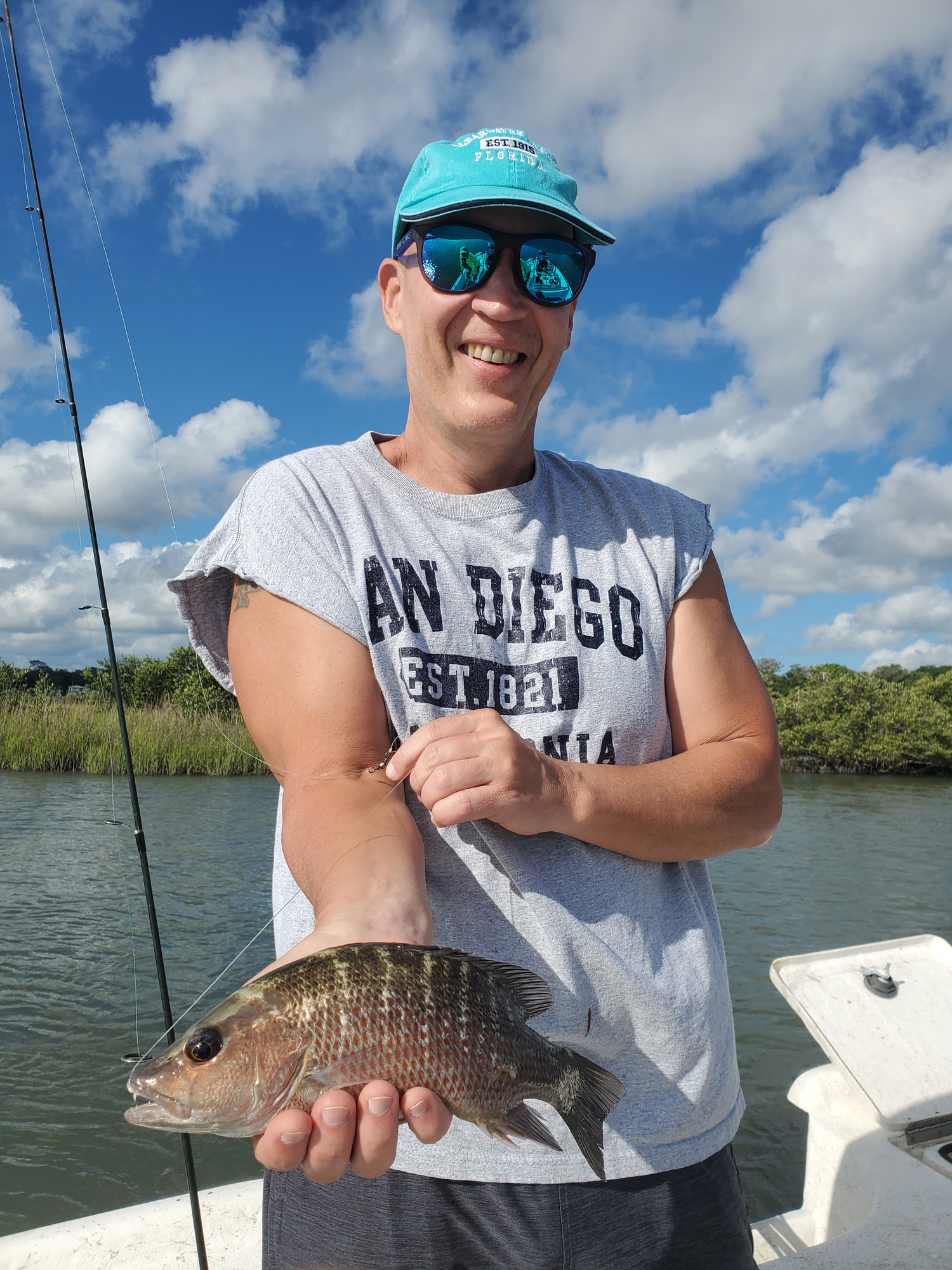 Now here's where it gets interesting....Connor likes to catch sharks and we had saved two ladyfish just that purpose. I figured we could at least get one in the inlet if we could not get outside so, as the incoming tide slowed, we left the snapper biting and headed to the inlet. I rigged two heavy spinning rods, 50 and 60lb braid to 60lb mono with a little weight and about a foot of wire and 6/0 circle hooks and put half a lady fish on each and we sat....first fish was a big sail cat...not the target...the wind was setting a good wave over the now outgoing tide and the boat was not moving I either direction much. Connor says he has snagged the bottom. His rod is doubled over but does not appear to be moving...but it is...it's moving east.  I ask to hold the rod to verify the "rock" connection and when really put the heat on I feel it buck a little and then, somewhat as I expected, I feel a tail slap....it's a monster ray. Over the next 20 minutes we trade the rod back and forth. I apply max pressure while Connor and his dad try to hold on. I continue to feel periodic tail slaps confirming to me that this is a whopper ray and we will not get it off the bottom and we should just hold the spool, break it off and go back to the shrimp fishing. Connor, of course, wants to see this thing...ok...but I tell him he has to apply maximum effort..pump and wind..try not to break the rod...I take rod and really push the limit and it's off the bottom and swimming...there's the mono..we're close...look look look we just need to see it....I see...ummm...what the heck...a small rounded, what looks to be pinkish nose coming up straight at me...it's a saw...holy carp! Down it goes...another 15 minutes in building waves and opposing current...we didn't get a good enough look but I know it's a sawfish.  We got it up one more time and got a little bad video and photo for proof but this fish was 10 to 12 ft long and maybe over 300 lbs. So after that, I got Connors approval to hold the spool and we detached ourselves from the beast. 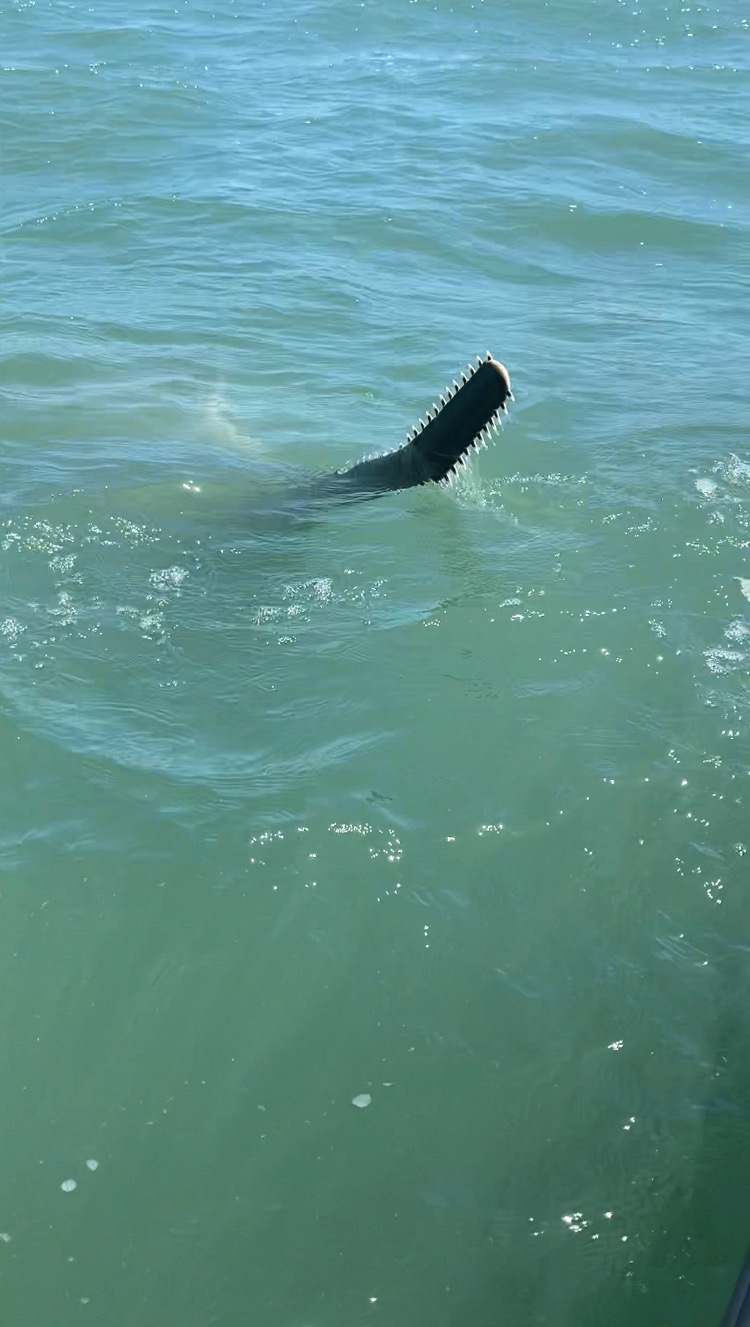