Caxambas Kid Posts: 230 Deckhand
April 18 in Ten Thousand Islands General Fishing & The Outdoors #1
It's been some time since I've posted. Work, Drs. appointments and a wee bit of wind precluded going out. Did launch Friday, May 15th @ 6:55am. Water temp 77.6 and a bit dirty. Went south of Blind Pass to fish some low tide beach. Tossing a prop bait MirroDine got nive bump and it turned into a 19-1/2 trout. Nice start! A few jacks and some larger swirls (no takers) drove me to going inside to the Morgan River. Nothing on top waters there. Blue Yo-Zuri jerk bait tagged a couple ladyfish for later in the day chunking. Went to the outside and shoreline and that yoiled zero. Back to the gulf, back to the topwater as it was nice and cloudy. Managed a 17" and an 18" as well. Then the big blow-up and it did not turn out to be the snook I was looking for. After a 5 minutes fight, a nice pumpkin was in the net and safely over the gunnel. Then....was it too big? I put it on the measuring stick and it was 27-1/2. Girlfriend says "you have more room on this end". Move it over, 26-3/4. Into the ice spa for a top slot red. Continued down the line, another nice blow-up, not as big though. Reeling it in, called for the new and a this realy nice trout over the rail. Measured it.....21". Oh well, had the max 1 over 19" and this one went back. Still cloudy, went to a cut and threw some chuck ladyfish. A couple of 3-foot blacktips. And then the clouds were gone. And the temp went up 10 degrees. And the wind layed. And we went to the ramp, got some nice fillets and to the house. I did a solo trip a month ago and really stunk it up. I will no longer be a "great day" poster and leave the "not so great days" off the forum. I've learned lot from this website and figured I've give back, good or bad. Until next time. enjoy the 10K! 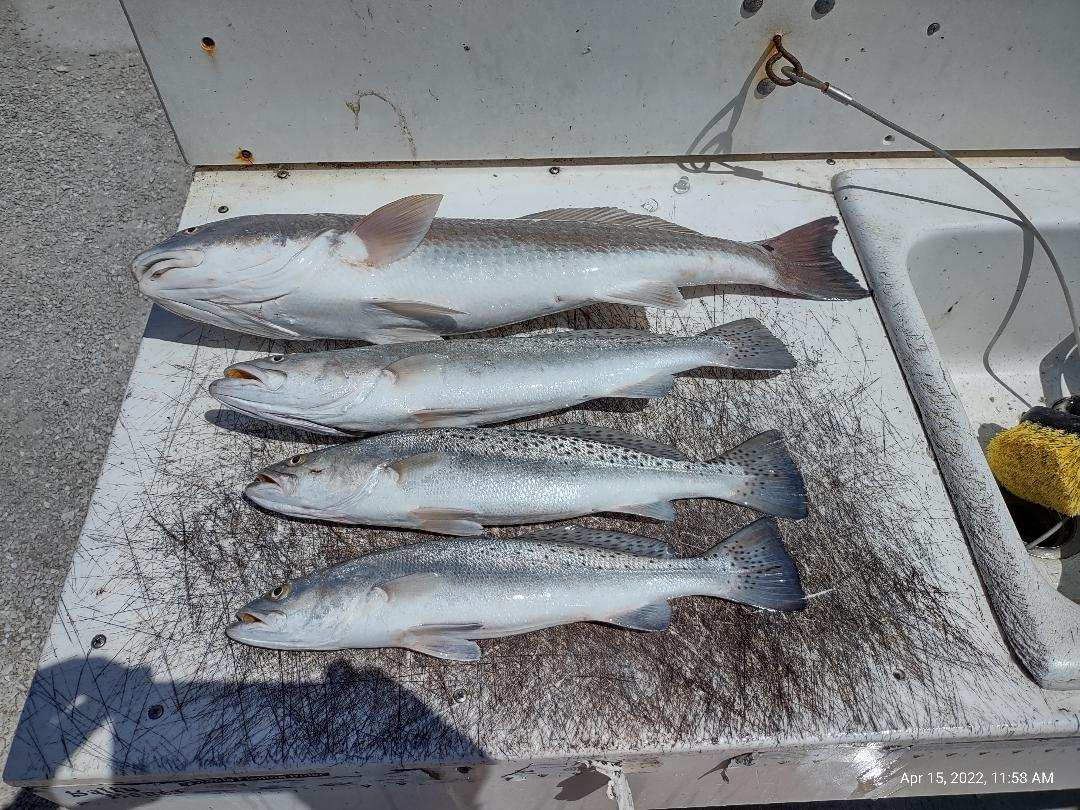