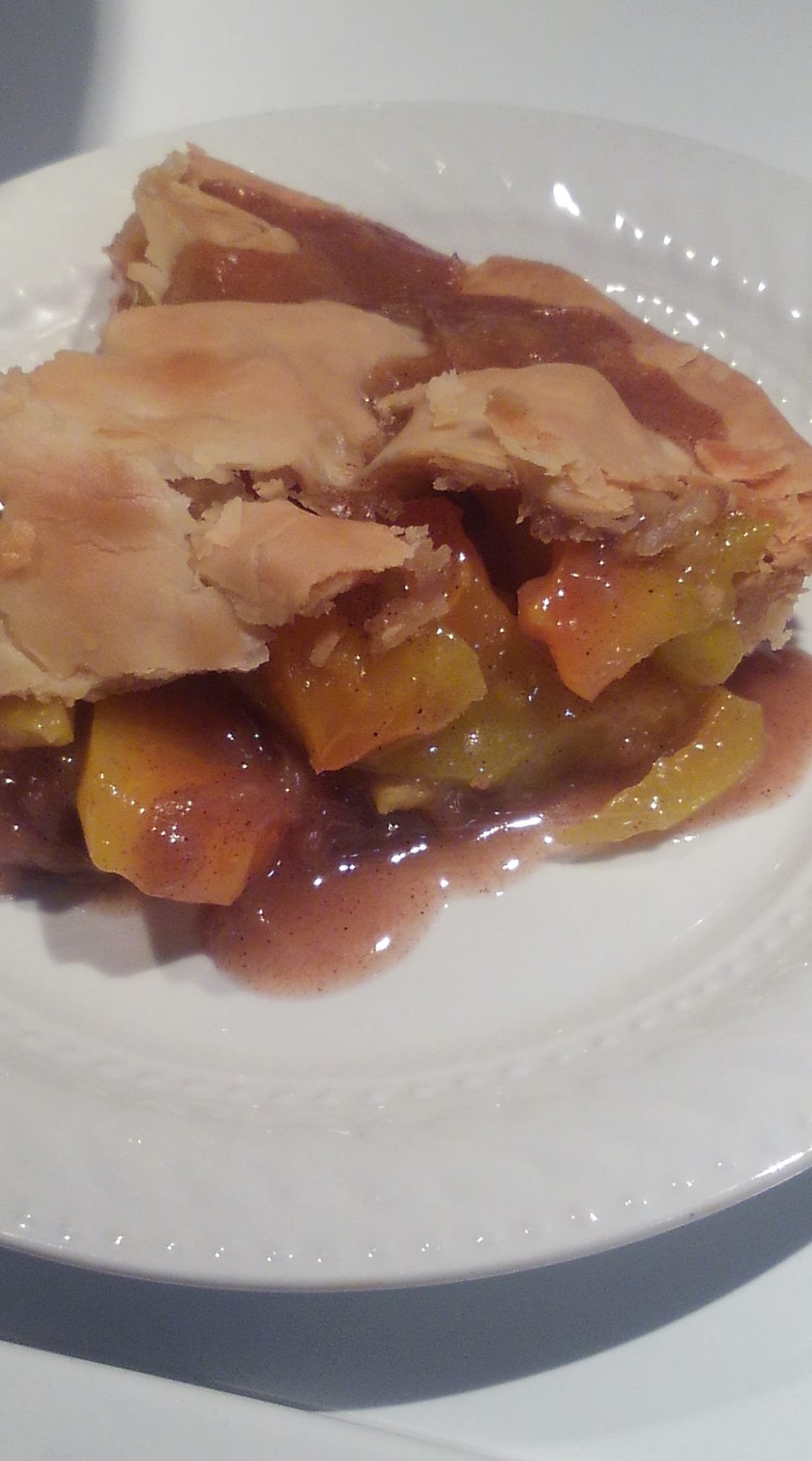 1/2 of a green papaya (my papayas are football sized). Seeded skinned sliced about 1/4 to 3/8 thick, I put a 1/4 cup flour. A heavy 1/2 cup sugar a large spoon of cinnamon mounded.   Mixed all that together.
Then I cheated used Pillsbury pie crust brushed it down with butter on the inside1 to 2 squares of it. The papaya filled the crust slightly mounded. Then i brushed the inside of the top crust with some of that butter. Cut holes in the crust. Bake 350 about 1 hour till crust lightly brown. Its kind of like apple pie. It smooth on flavor. Took one to work they liked it. I ate the first one it would be better with vanilla ice cream. They are just so easy to grow.
0 · Share on TwitterShare on Facebook