butchbal Posts: 504 Officer
October 2021 in Big Bend General Fishing & The Outdoors #1
The temps are cooling down and the bite is picking up. I caught this while throwing the new paisley pattern mirrodine. It was a struggle getting it into the boat and it made a couple of vicious lunges for my leg. A couple of well placed whacks behind it's head with a paddle subdued it. I never new why FWC required boaters to carry a paddle that is useless for moving an offshore boat but now I appreciate the wisdom of that safety regulation.

I had to cut it in half to get it in the coolers. I know your supposed to bring fish back to the dock in "whole" condition but I only had two 60 quart coolers on board so I decided to take the chance that I wouldn't get stopped on the way back.

I know it looks like crap but I blackened it with a whole can of Old Bay and a pound of butter. It was not too bad eaten with a large bottle of Crystal hot sauce and a dozen beers.

Any one else seen one of these? 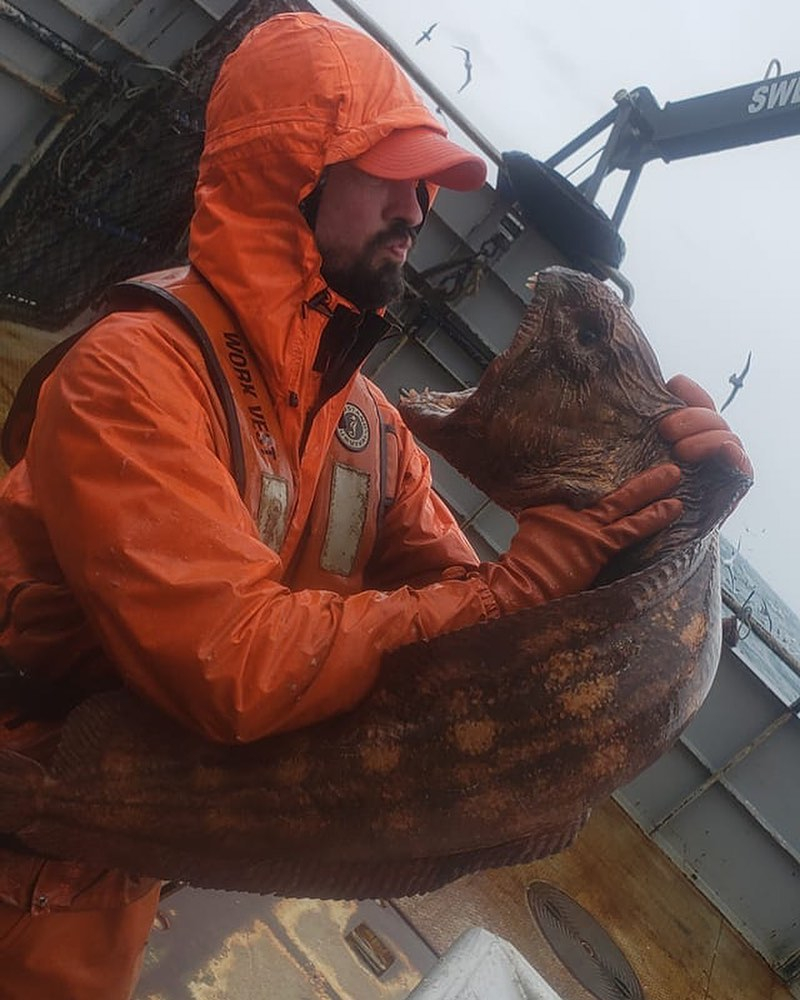