Marathon report and a Biggun! 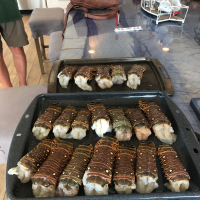 Wolfpack PAPosts: 1 Greenhorn
August 2021 in Keys General Fishing & The Outdoors #1
Great reef action for grovers west of the the light.  First day we went out (7-30) we fished with the pack near the bridge rubble and had the school at the back of the boat in 15-20 minutes.  Excellent average size 14-16 inches by the time things really warmed up.  Some YTs mixed in.  Offshore was short on dolphin for us but we picked a couple here and there was pretty good tuna action...had them jigging at the hump one day.  The next day we went to the reef (8-4) was a memorable one.  We had some first time visitors with us and they had a blast on the reef with the mangoes, although the average size was smaller it was great fishing and we also ended up with 10 decent YT's mixed in.  It was a little bumpy and the stream was close so the plan was to put lines in right at the reef and troll south.  We put out four lines, two on the riggers way back, one short inside and a big wahoo rig (spoiler alert!).  We banged a dolphin right away in 170 and kept heading south...around the 200 range we saw some birds and trolled through a couple times and picked up a little Blackfin on a way back.  On the turn around back north, the Wahoo set up goes (50 wide and big wahoo bomb)!  Huge first run and then a steady struggle.  Could be anything???  Turned out to be an 80lb Wahoo!!  This guy bottomed out a 60 lb scale so we took measurements and it was estimated at 82 lbs.  Fish of a lifetime!  Complete boat effort, I ran the back, my dad ran the boat, my brother-in-law reeled it in, my son gaffed it and we managed to untangled it from a little bonita that ate a line when we were clearing everything. And,  don't forget the good luck that Grandma Dixie brought the boat (her first time underway in Florida waters and we catch this monster!?). Great day on the water and some astoundingly great meals the rest of the week.  The guy who reeled it in is also a chef...that helps! 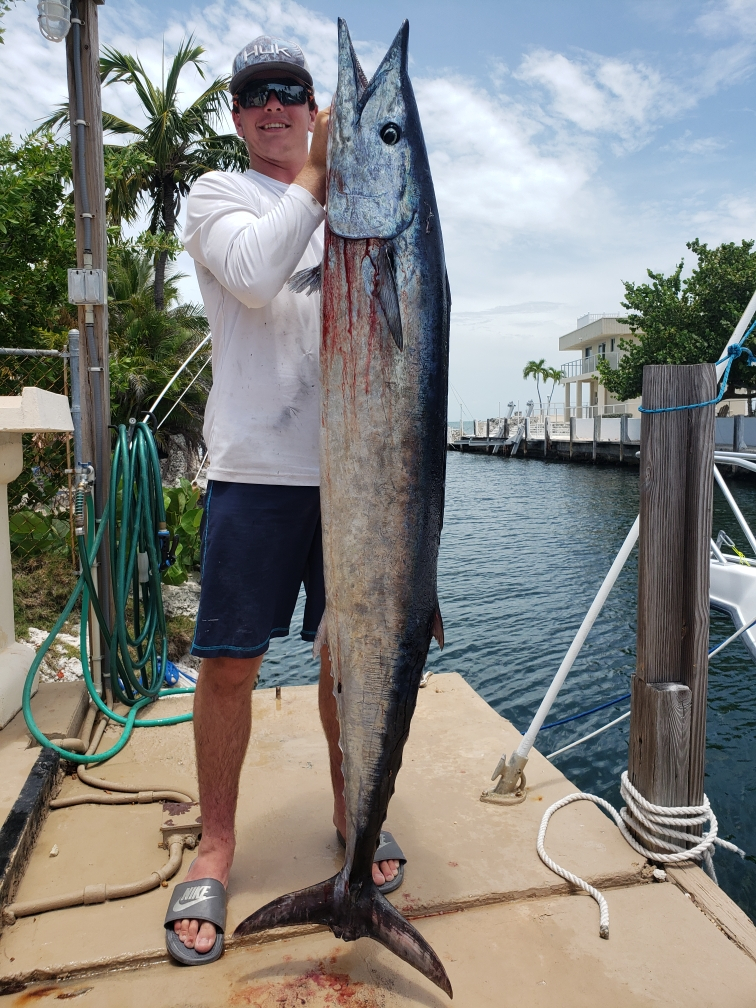