Fertilizer plants continue? Where is CCA?

BaitMaster Posts: 13 Deckhand
July 15 edited July 15 in Conservation Front #1
DEAD FISH EVERYWHERE from this current Algae bloom !!
I keep hearing a Tampa area radio broadcaster blame the Piney Point Spill on politicians. I believe that is part of the problem, but why are we not holding these current fertilizer producers responsible?  I find this “Reeldisappointing”. I have also heard this radio show host talk about hosting fishing trips for Mosiac. There was a even a corporate Mosiac logo  as a sponsor of their Television program.

Growing up in Tampa, and after college, I  enjoyed listening to Captmel back in the 90's, and later I continues to his podcasts (untill he unexpectedly left us a decade ago). I have even enjoy the Reelhosts radio, and television fishing show for years. However, I am tired of hearing the the blame on politicians, when there is a fertilizer corporation repeating the same activity that Piney creek fertilizer performed before they declared bankruptcy and abandoned large ponds of Toxic (high nitrogen) content for future populations to handle.
I think we are all disappointed in what has happened with the fish kill in Tampa Bay, and the central west coast of Florida.  Where is Florida Coastal Conservation Association?  Why are they not currently protesting again Mosiac Fertilizer, and the other industries directly associated to this Toxic mess.  Piney point fertilizer, the company that constructed those ponds and filled them with Toxic wastewater, may no longer be around.  However, Mosiac (formerly Cargill's location) is still a very profitable company and appears to continue to maintain similar Toxic ponds on their facilities.
One of the big issues with the pollution of Tampa bay is the Fertilizer companies.  I grew up in Riverview in the 70's, prior to the existence of Interstate 75 when the major Hwy was 41 (then North to I-4). We drove past Cargill as they continued to construct this mountain from phosphate by-products at the mouth of the Alafia River and Tampa Bay.  I never realized until recently (utilizing Google earth) that at the top of this toxic heap/ mound are more large (Toxic?) holding ponds.
One summer, my mother dropped us off at a Babysitter on Riverview Road (Several miles East of Cargill). I would  watch heavy equipment (very attractive to young boys everywhere)  moving soil, and see large dump trucks, deposit loads of dirt(?) while constructing this mound.  In the more recent decades since I moved to North Texas,  there appears to be another large mound on the East side of Hwy 41, with another holding pond in the middle(Is this also owned by Mosiac?).
Those toxic ponds at Pine Point Phosphate are not the current politicians fault.  What is the end-game to those Toxic ponds except to leave them there for the future populations to handle (at those populations expense)?  Now, They are discussing using deep injection wells to dispose of this toxic water??  Are we just burying and hiding this issue ( What goes down, must come up)?
Right now, The issues is the phosphate polluting the waters contributing to the algae bloom. This has been happening for decades.  My Uncle lived on the Alafia River, East of the Hwy 301 bridge. We would visit to him to  fish (I have caught snook and Redfish from his dock) and swim.  In the 1970's, you could watch schools of Tarpon swim east of Hwy 301, following the large schools of migrating mullet.  Fisherman would target them from the Riverview Civic Center.  That seems to have changed after the fertilizer companies  discharged toxic waste chemicals into the tributaries flowing into Alafia river killing all fish.  However, through the 90's, I was still able to find large Snook hiding in the mangrove roots in shallow pools of water in the Alafia River just west of Lithia Springs, and even some smaller snook up river from here.
View google earth and you will recognize that those "mountains" of radioactive by-products now owned by Mosiac, appear to be topped with  even LARGER (compared to Piney Point) TOXIC ponds, just waiting for a powerful Hurricane to make a direct hit in the Tampa Bay area and spill this TOXIC waste water into the Alafia River and Tampa Bay.  What is the purpose of these ponds?? We should demand that Mosiac process these Toxic ponds NOW, at their own expense.
https://www.google.com/maps/@27.8781036,-82.3835199,6732m/data=!3m1!1e3
I am stunned. and angry, as I started scheduling our vacation back to Florida nearly a year ago (with the boat in tow) to Tampa as well as  the Florida Keys. It now looks like every single fish in Tampa Bay has died and is floating on the surface. 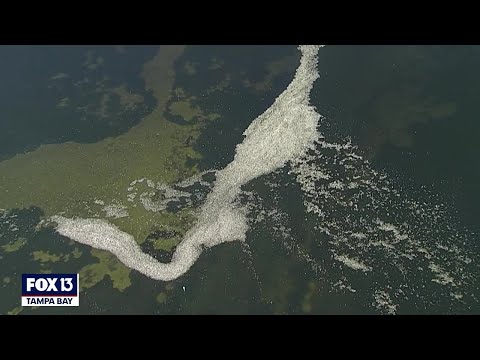 There are Island's of rotten smelly dead fish stretching for miles inside, and outside of Tampa Bay. This Toxic bloom has been happening for years up and down the west coast of Florida. Two years ago, while on vacation we experienced another Toxic fish killing algae bloom in the panhandle of Florida  (Ft. Walton Beach). This impacted my family fishing vacation to that area. It may have recovered, but I will no longer be visiting Ft. Walton Beach.
All these people, and organizations, are claiming to be for Conservation and protection of the environment.  Well that protection starts by stopping these Billion dollar organizations from creating and storing these toxic Chemicals in open pits/ponds right on the edge of Tampa Bay, in the first place!!!
1 · Share on TwitterShare on Facebook