gogittum Nature CoastPosts: 3,650 Captain
June 2021 in Photography Corner #1
There are several little pothole ponds in the area I walk my dog each day and for several months there's been a resident Sandhill Crane in one of them that didn't migrate with his friends.  (that said, he wasn't there yesterday) 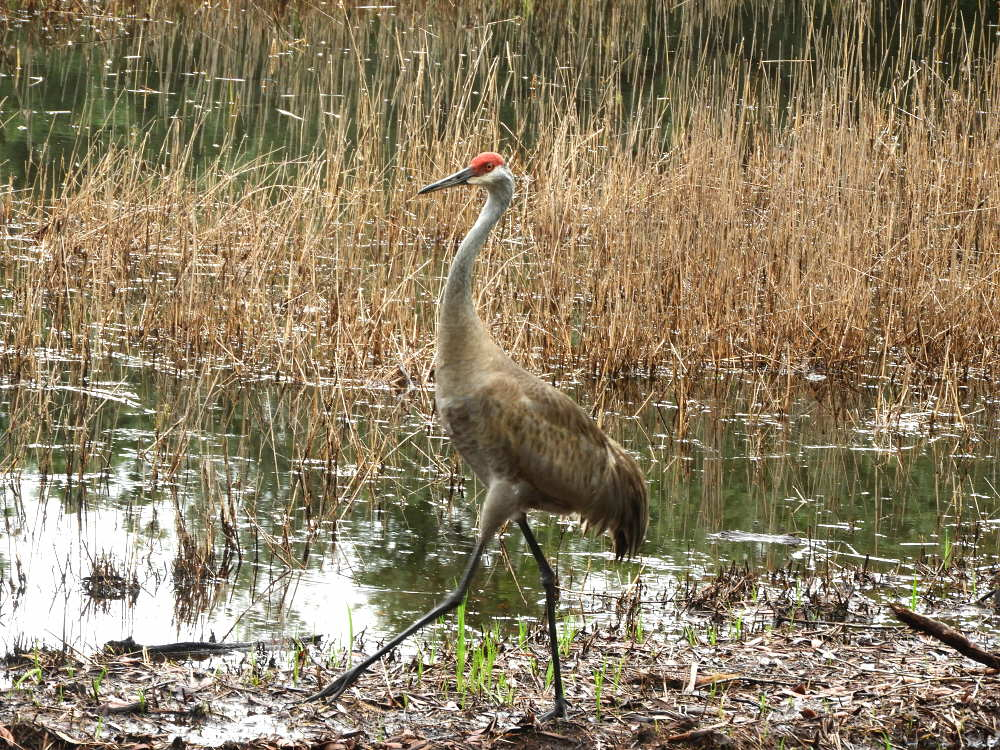 He's always in the same pond and now, after several months he doesn't move away - he croaks and follows me around the pond, high stepping like in a show.  He doesn't mind me, but keeps a very close eye on my dog.  Dog pays no attention to him at all.  A while back I started croaking back at him and the result was comical, tho' it did hurt my throat....(and didn't sound even remotely like a Crane)....He stared for a second, then came right over, within about 30 ft. and croaking a blue streak.

I don't think he's injured, (but won't bet on that) 'cause sometimes he's not there, but he's the only one around.  A couple of months ago there was a small flock, but most have migrated north.  About the time most of them left, a friend in western PA told me Cranes were showing up on his property.  It would be amazing if they were the same ones.

The screen on this Dell laptop gets darker or lighter as I change the tilt, so can't really tell if I got the exposure right for other's computers.  Hope so.
0 · Share on TwitterShare on Facebook