16 June  2021...Wabasso/Vero...Quest for the purple tag.  No tag today, again, did not see a Red all day.  Had an inclination that the salinity in the river was way too high, part of the reason for Trout being scarce.  Managed to find four today after all the heavy rains that we have had..  High point of the day, 6 mile run from Johns Island back to Wabasso in the afternoon storm.  Desperately need a windscreen or wipers for my glasses.  Wind and waves made for a dicey run.  Started the day at Pine Island, stopped at the point hoping for a Trout.  Wish granted, not quite legal, but a start.  Out to the open flats, loads of bait, but nothing happening.  Hobart Landing was active, another Mutton Snapper, Catfish, Snapper and one short Trout.  Water flowing hard around the island point.  A couple of swings and misses.  Finally hook up with an 18.5 inch Blue.  Watched the bait get popped over one of the pockets.  Got close enough for a cast, solid hookup, oversize Trout.  Too much pressure when she headed for the Mangroves.  Pulled the hook.  Hole In The Wall searching for Reds, nothing.  Rock Pile, few short Snapper, and a monster 6 inch Goliath.  Surprise of the day, a 20.5 inch Trout.  Grand Harbor, nothing.  Bethel Creek Slow, 1 Snook, 1 Little Ugly and 1 Legal Snapper.  Johns Island/Vero, the rains have changed the picture.  Sheepshead deep in the Mangroves too hard to get a good cast.  The aquarium was in full operation.  A big Gar rolling, several smaller ones under the Mangroves.  Sharks cruising the edges.  Grass Carp back under the Mangroves.  Big blob under the Mangroves, brave, made the cast, spooked. Have no idea what it was.  Best look of the day, a 3 foot Shark swimming next to a Gar.  Boated a barely legal Trout, not a good release, ate by a Shark as soon as she hit the water.  Again, the Baby Vudu Shrimp worked over time.  All players except one released for future encounters.  Note, Baby Vudus should be back in stock. 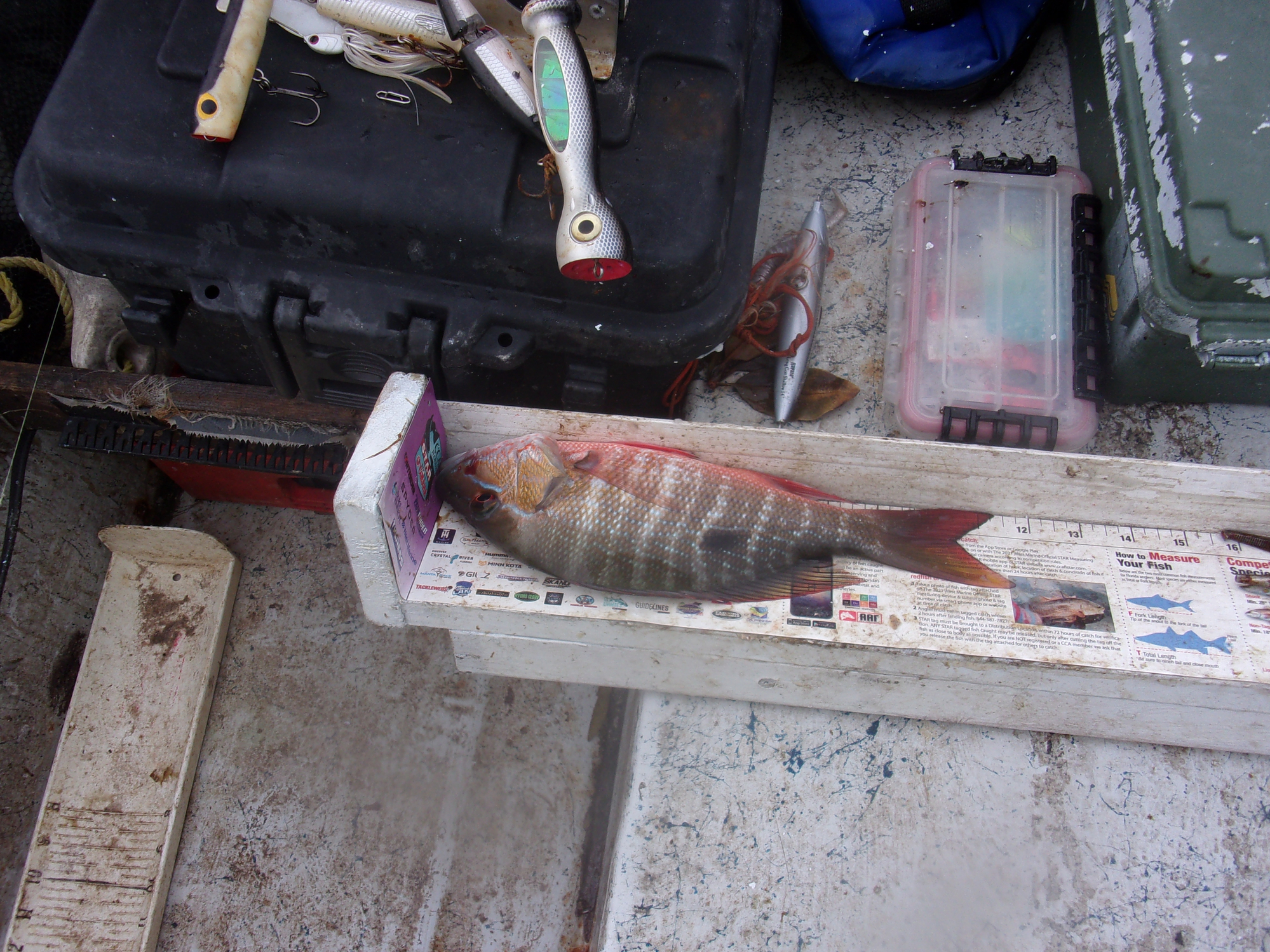 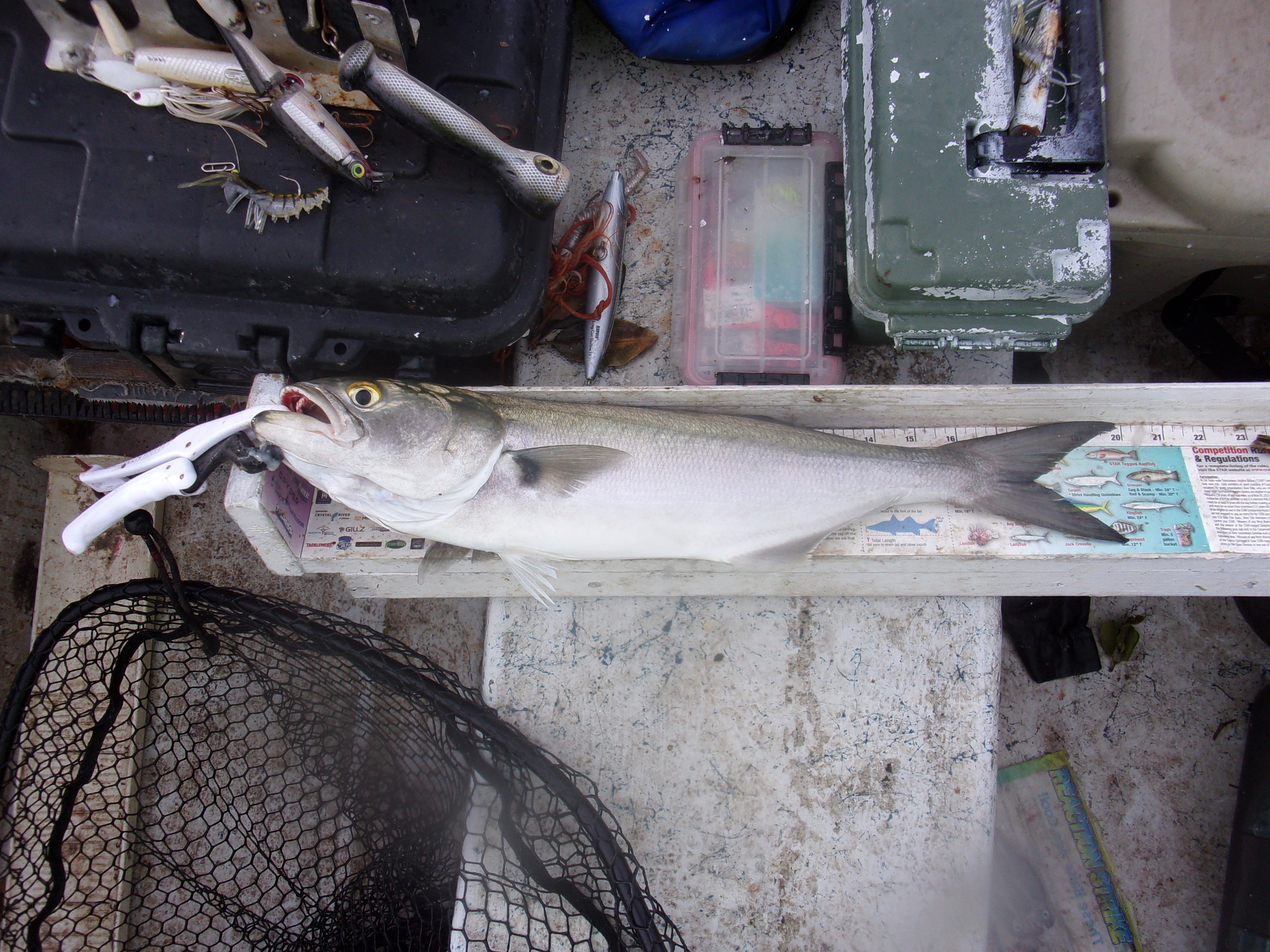 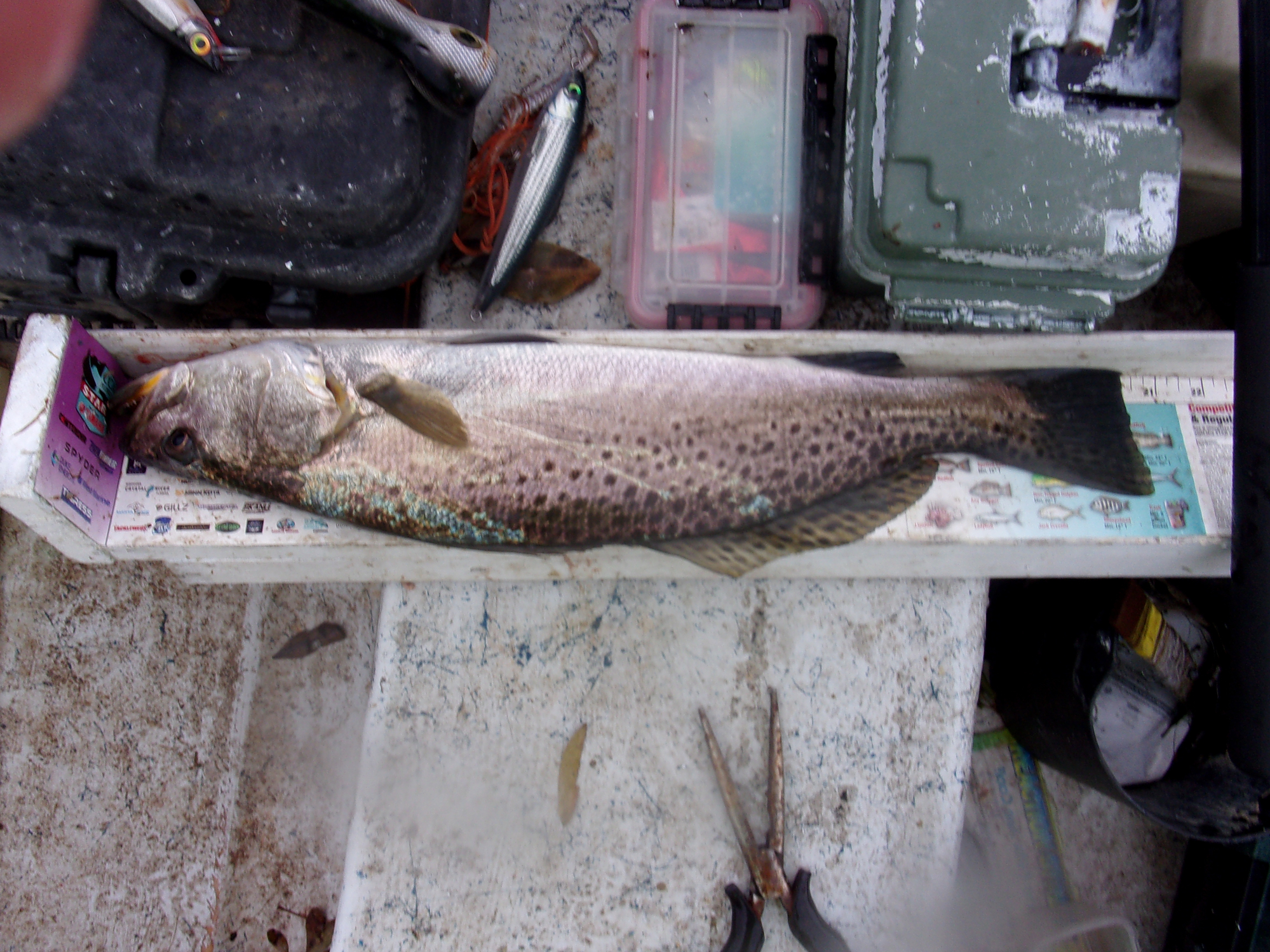 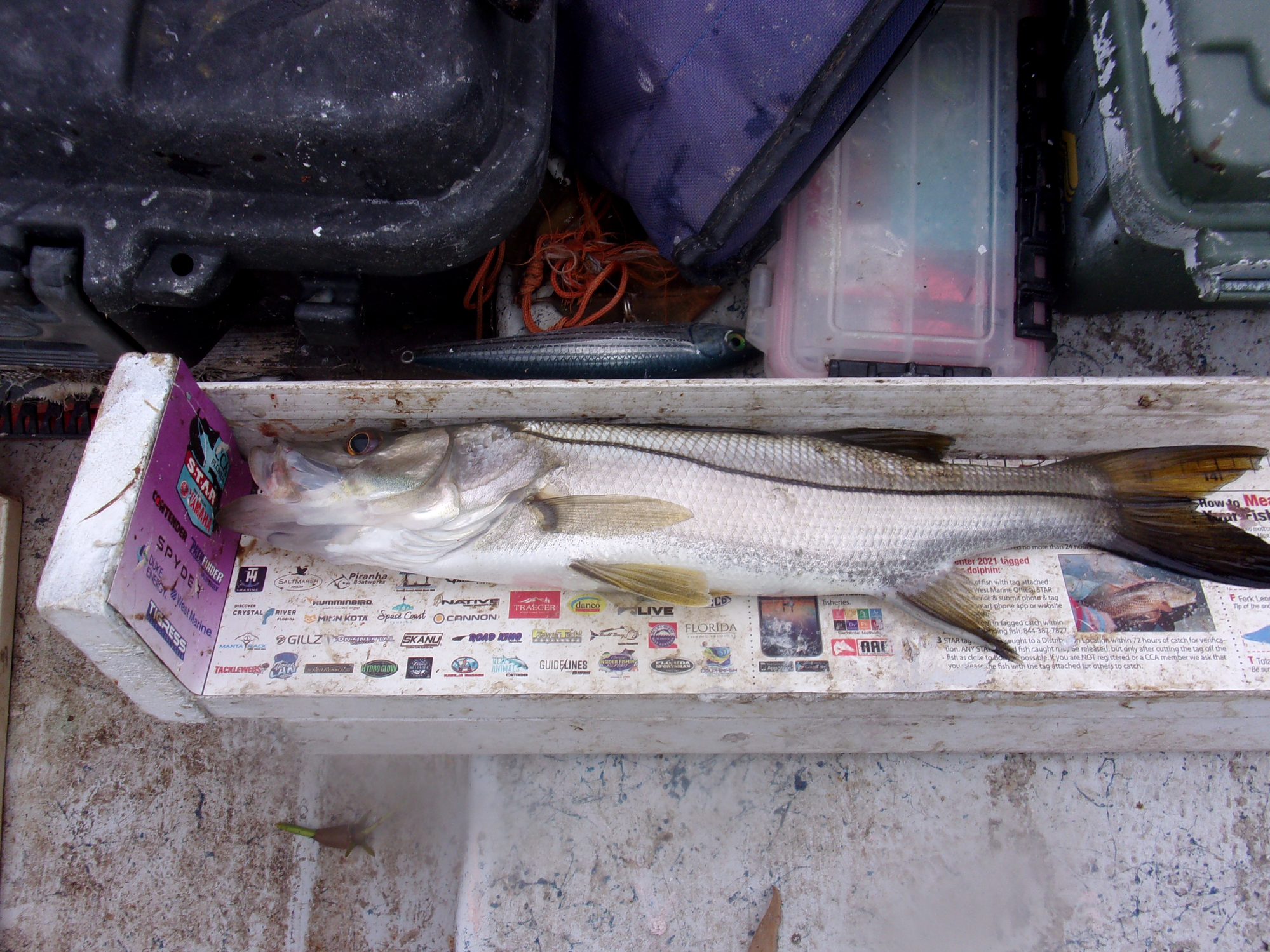 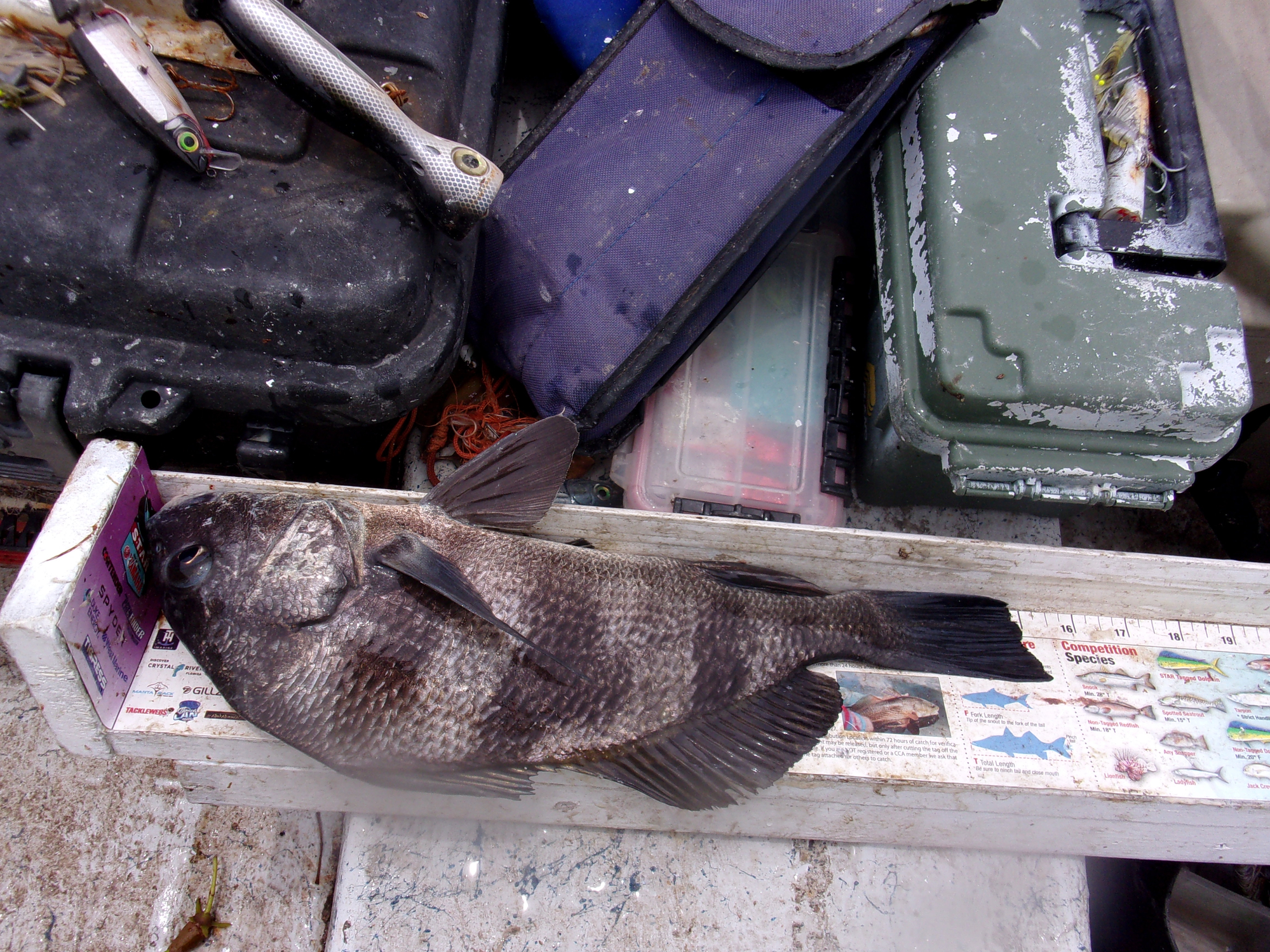 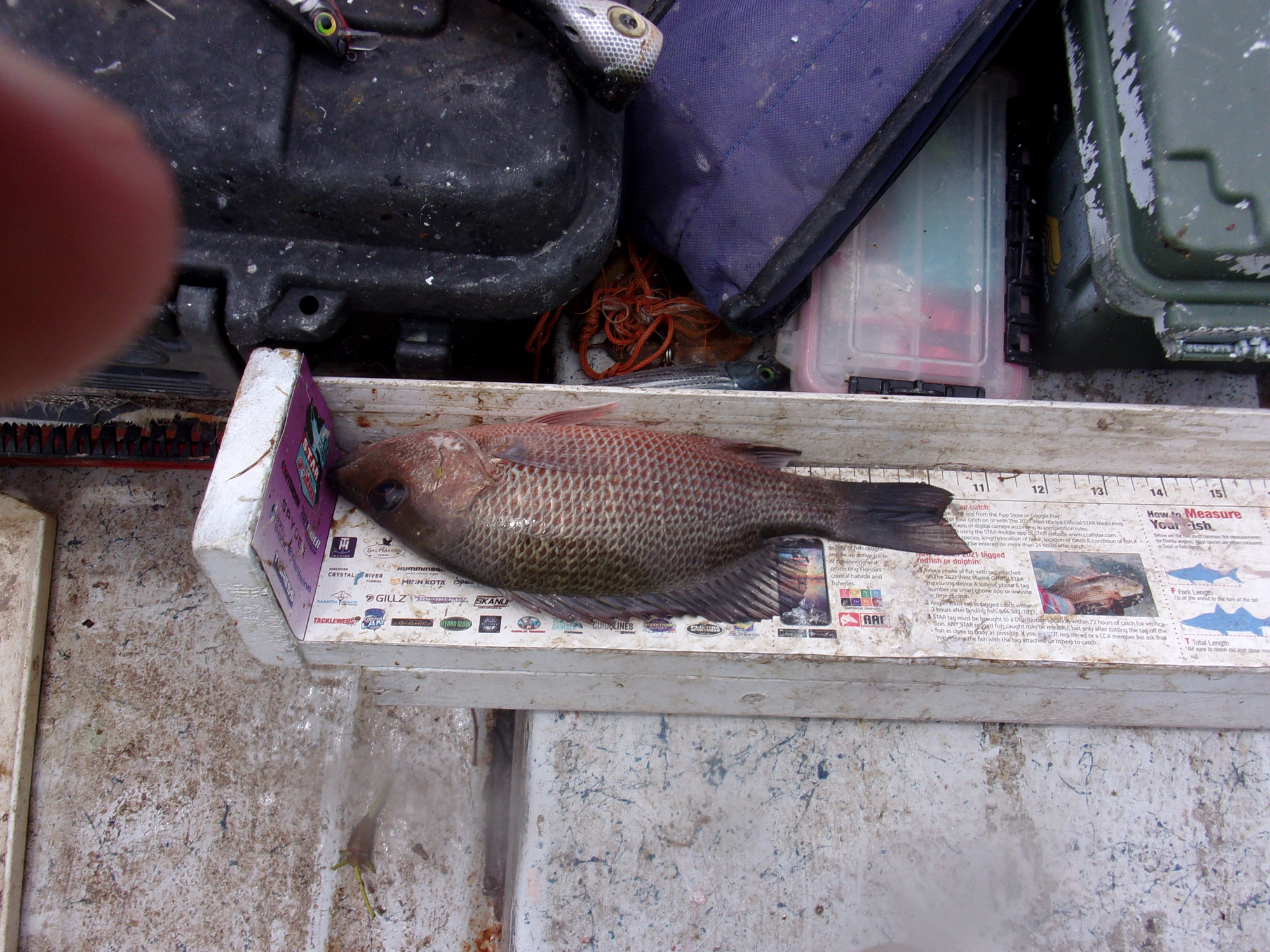