harbison Senior MemberPosts: 5,668 Admiral
June 2021 in West Central General Fishing & The Outdoors #1
Fishing with fluctuating barometric pressure
First an up-date on Mr. Larry Miller.
Larry has been fishing with Hubbard's for over 1/2 a century. He is very good at it. But what draws him to headboat fishing more than anything is the social atmosphere among good friends. Larry is a people person who is a friend to whomever he meets.
I am honored to call him a friend.
Larry has stage three esophagus cancer. At first chemotherapy was not helping resulting in stronger dosages. Mr. Miller has now had four chemo treatments using the stronger chemotherapy. He is doing very well. On July 12, 2021, Larry is scheduled for a PET SCAN to help determine how well.
Please join me in saying a prayer for Larry. He needs all the support he can get.
Larry, a regular on the Florida Fisherman ll, has not been fishing for a long time. American Red Snapper season began June 1. Desperately this man among men wanted to catch a trophy American Red.
Is it possible?
3:00 PM Friday, June 18, 2021,  Larry boards the Florida Fisherman ll for a 39 hour snapper/grouper trip.
His good friend, Mr. Leo Smith, also a regular on the Florida, is a paramedic. Leo is determined to keep a close eye on Larry: 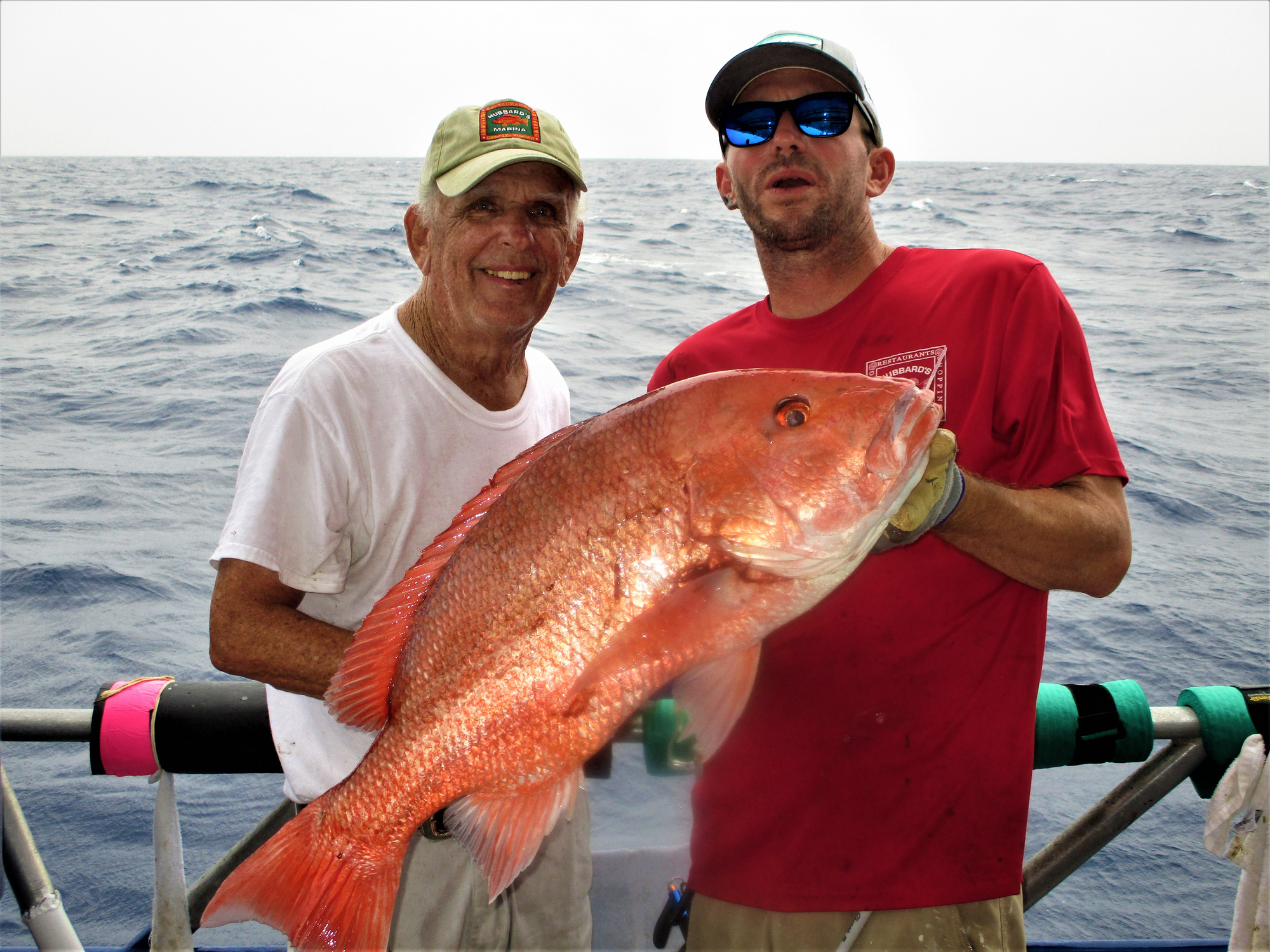 The barometric pressure has been fluctuating; not considered by most to be good for fishing: 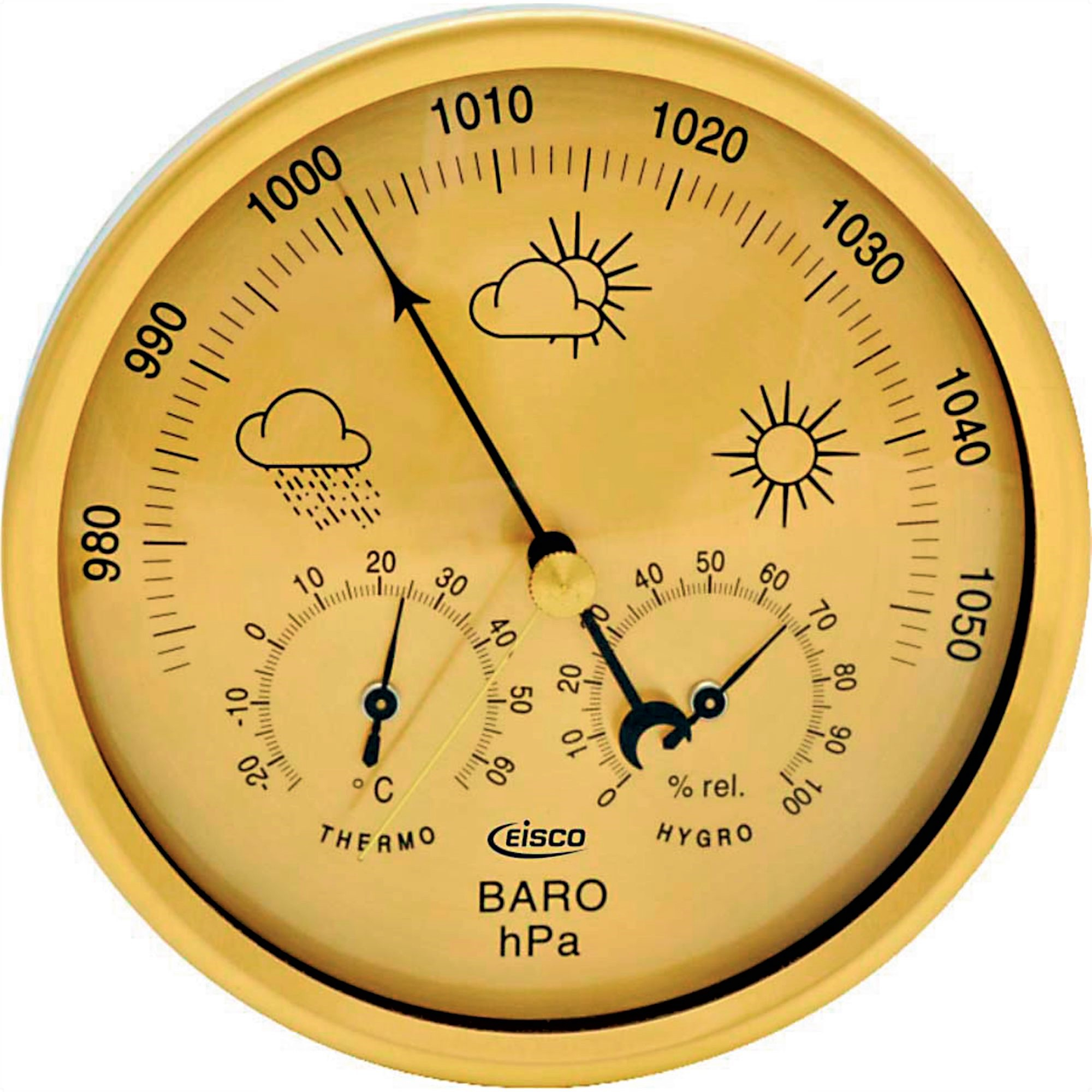 Fish feel the changes in barometric pressure via their air bladders. When the barometric pressure goes down the air bladder will inflate to accommodate for less pressure. Fish may be far beneath the surface of the water, however they still sense the changes in atmospheric pressure. Fish with larger swim bladders, such as grouper and snapper, feel these effects much more than fish with smaller bladders such as Barracuda, Kingfish, and Mahi. As a result the feeding patterns of both grouper and snapper changes and not for the good of the fisherman.
Fishing may be a little slower than we would like it to be.
Regardless... 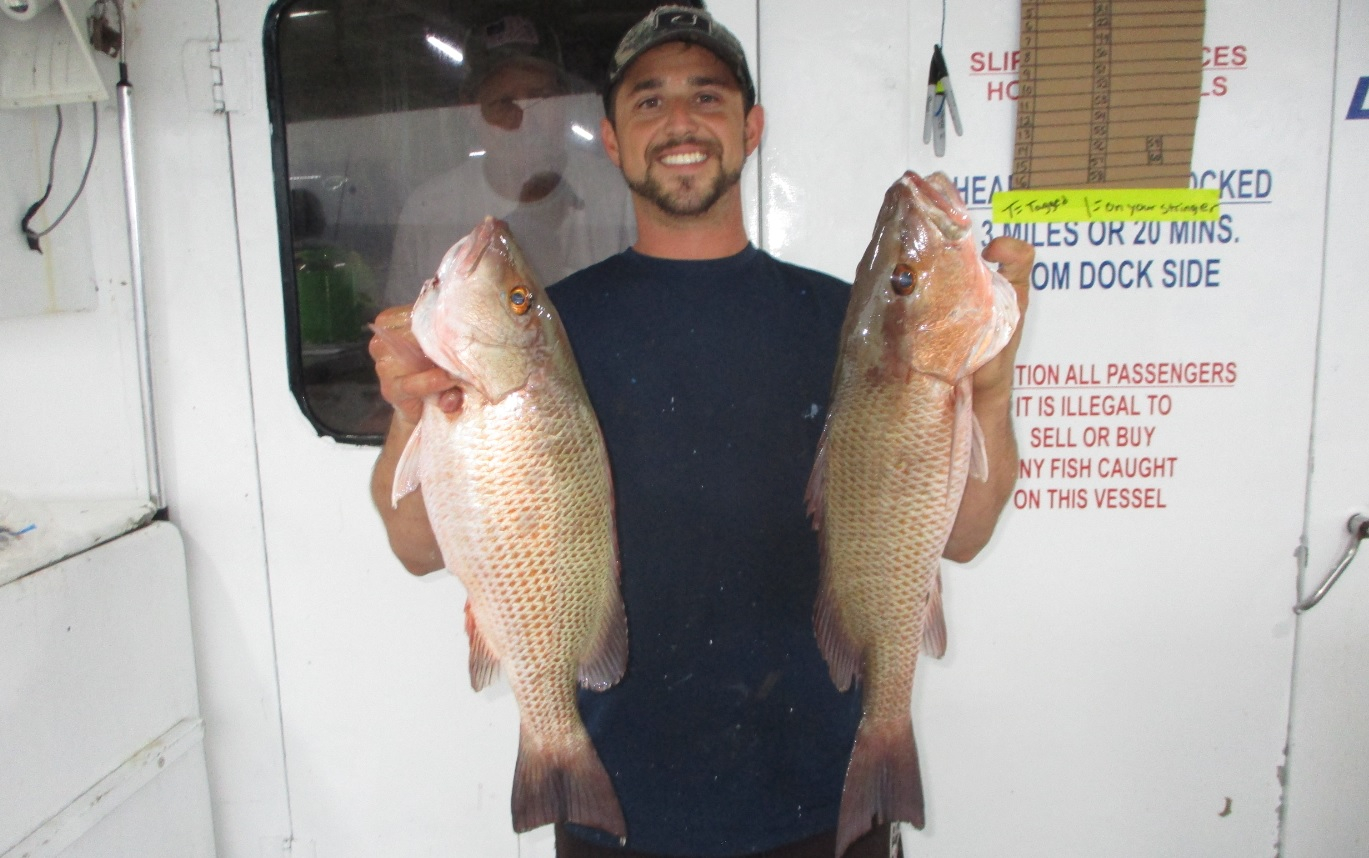 Jim, a regular on the Florida... 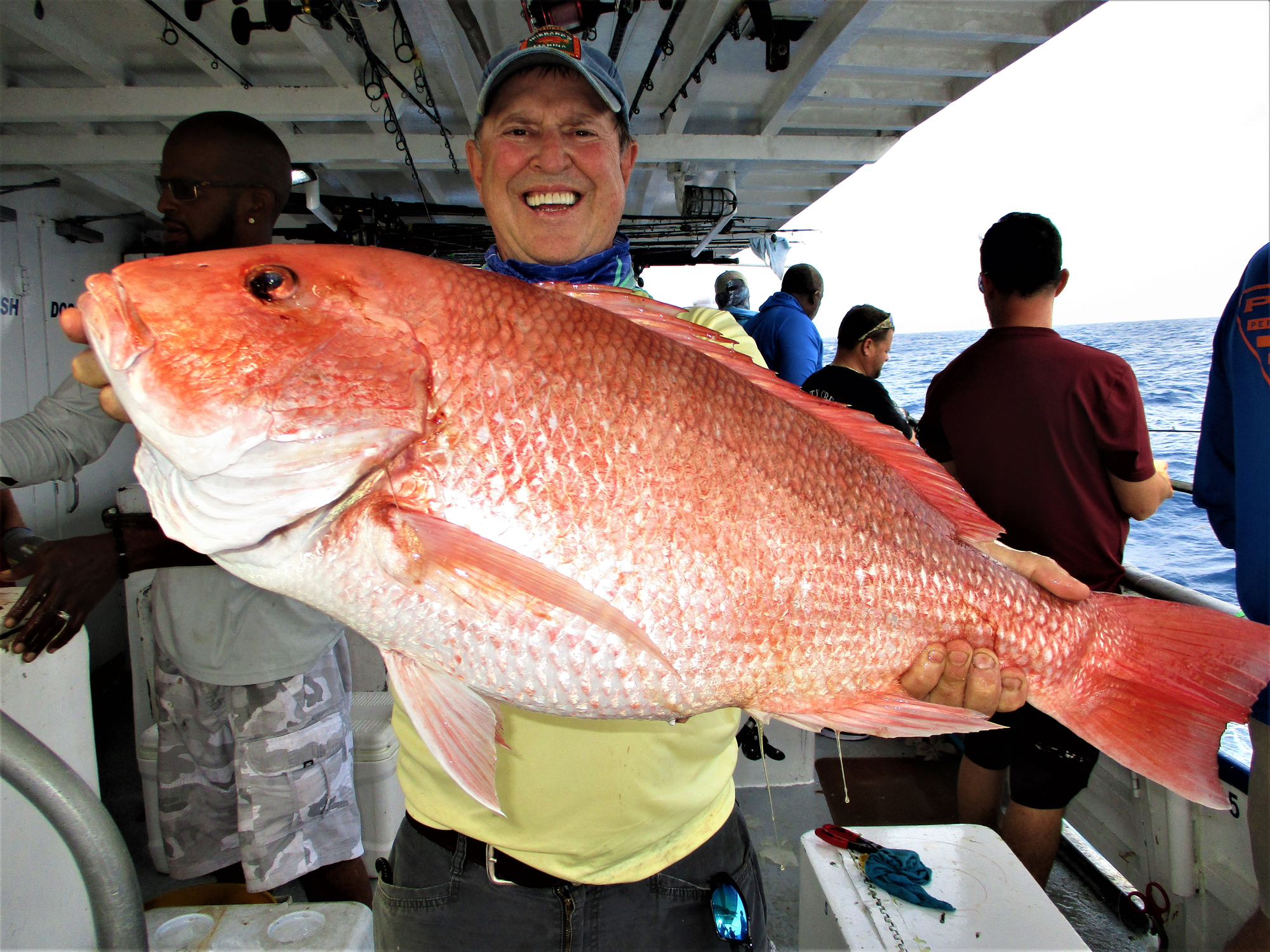 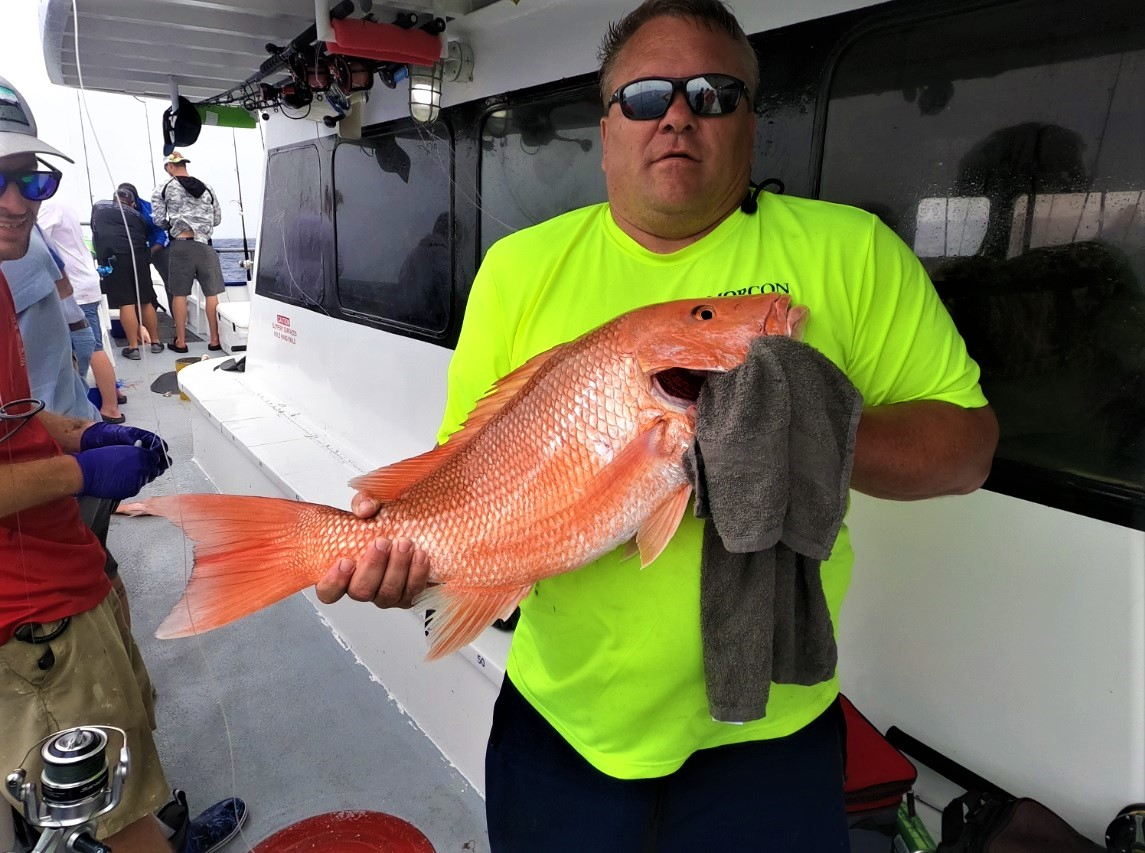 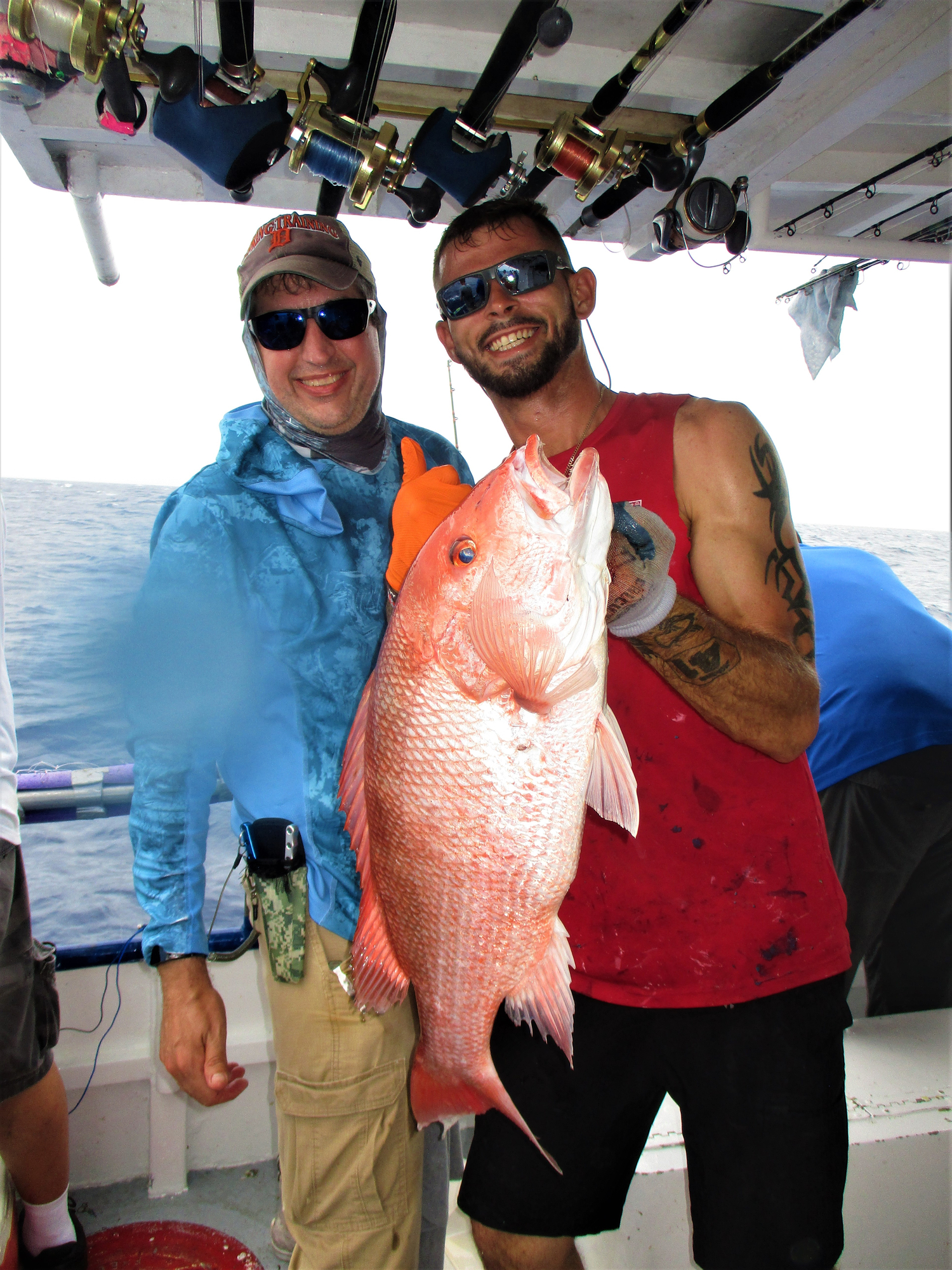 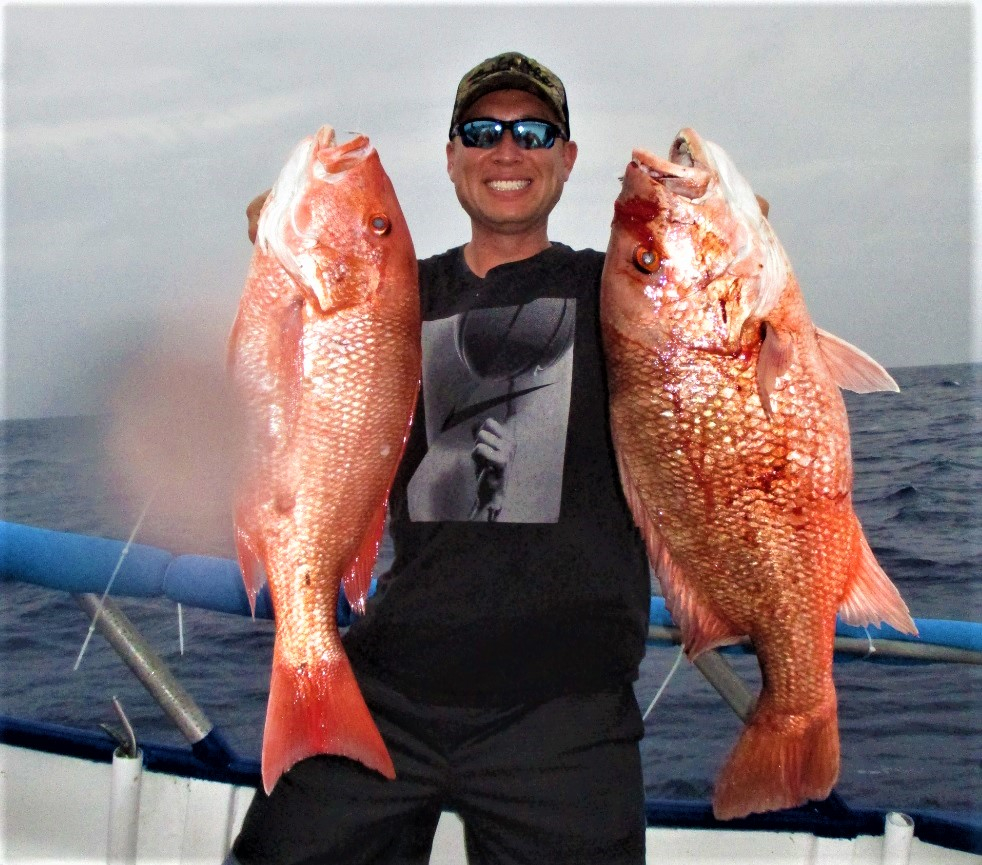 Jim is showing us how it's done: 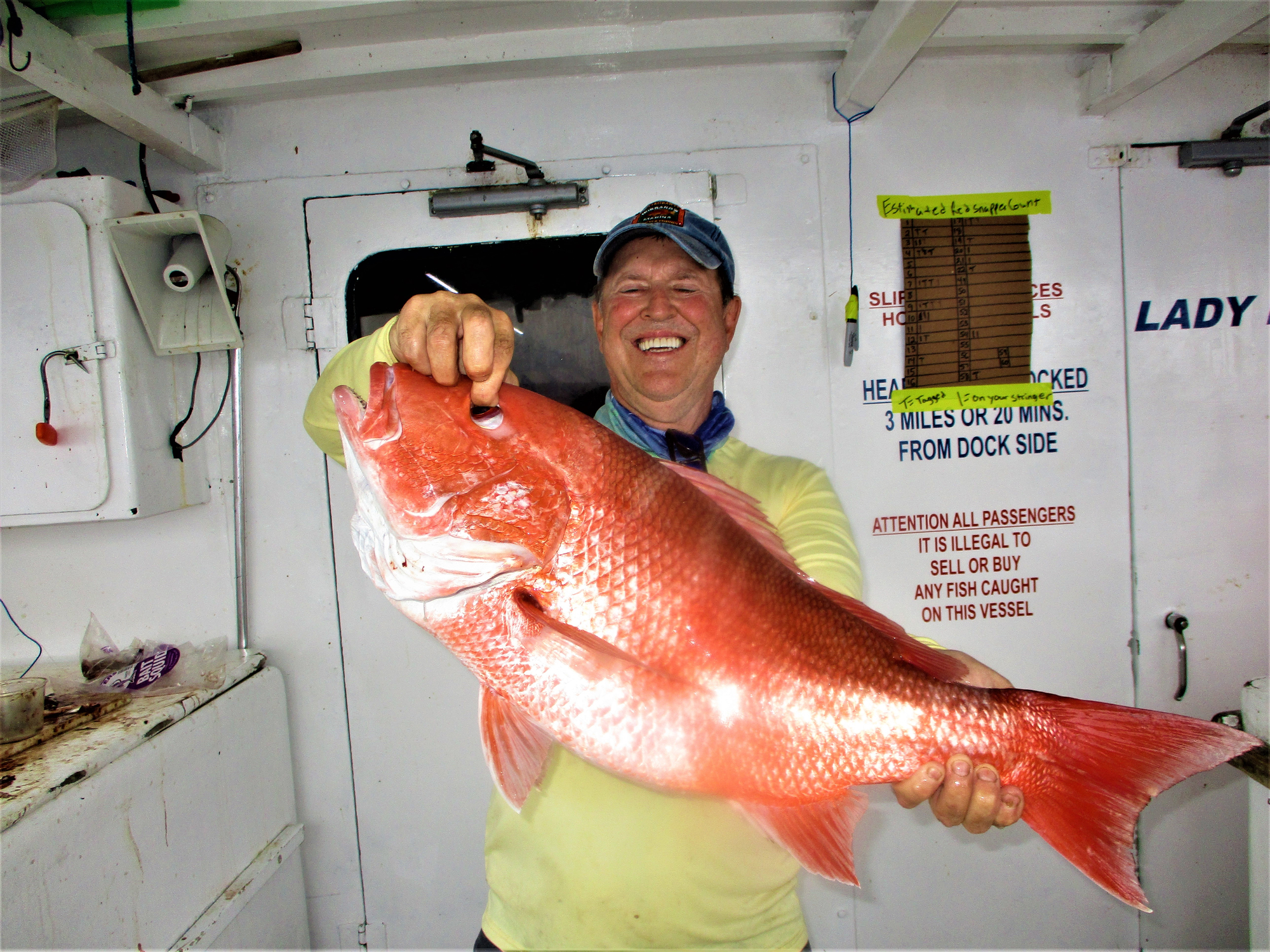 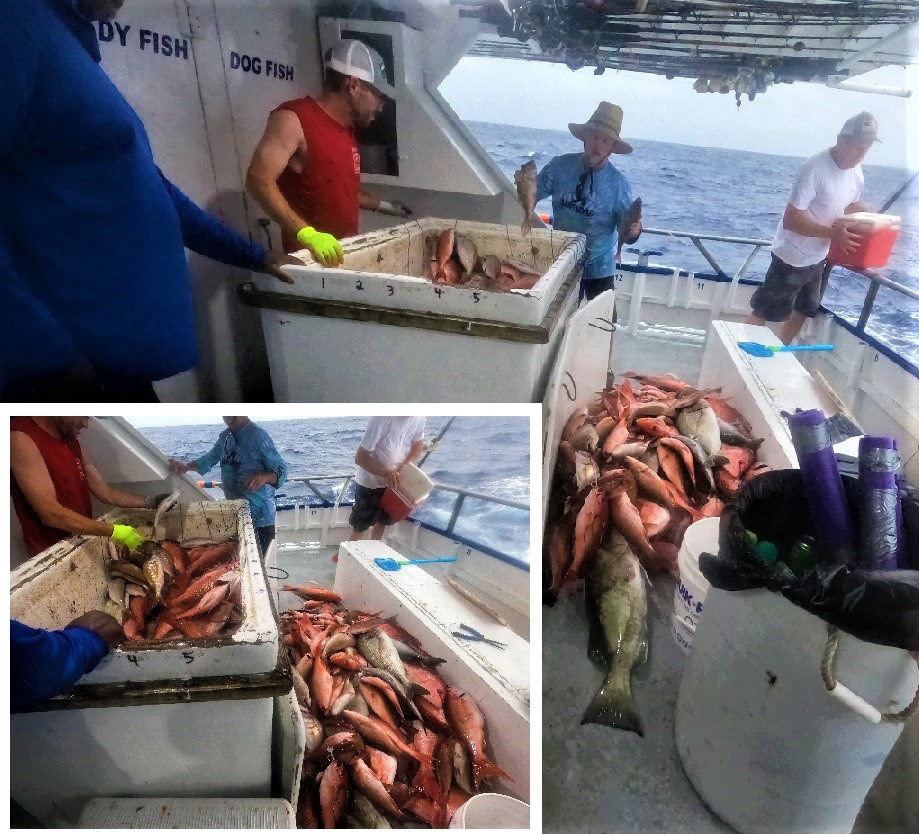 Did someone say lunch? Want some company? 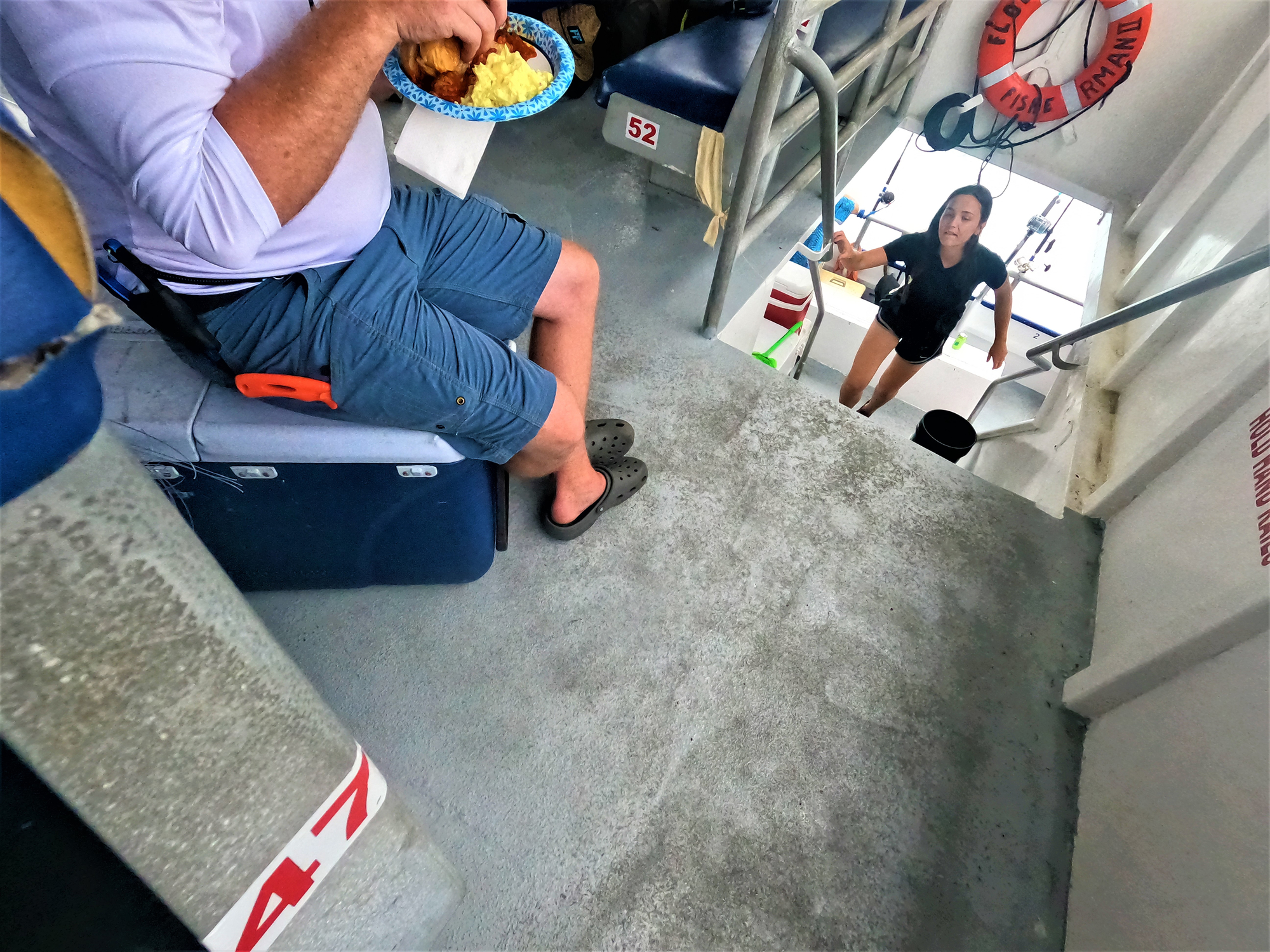