Three of us launched from the beach around 4:45 am through a small surf at Spanish Trails park.  Sabiki Goggle eye fishing was horrible for me, but one of my friends had better luck with his crappie jig and had over a dozen.  He gave me three before we headed out.  On the way out my two buddies and I all hooked up right after sunrise.  My friends each caught a nice jumbo Blackfin Tuna, and I got a king. 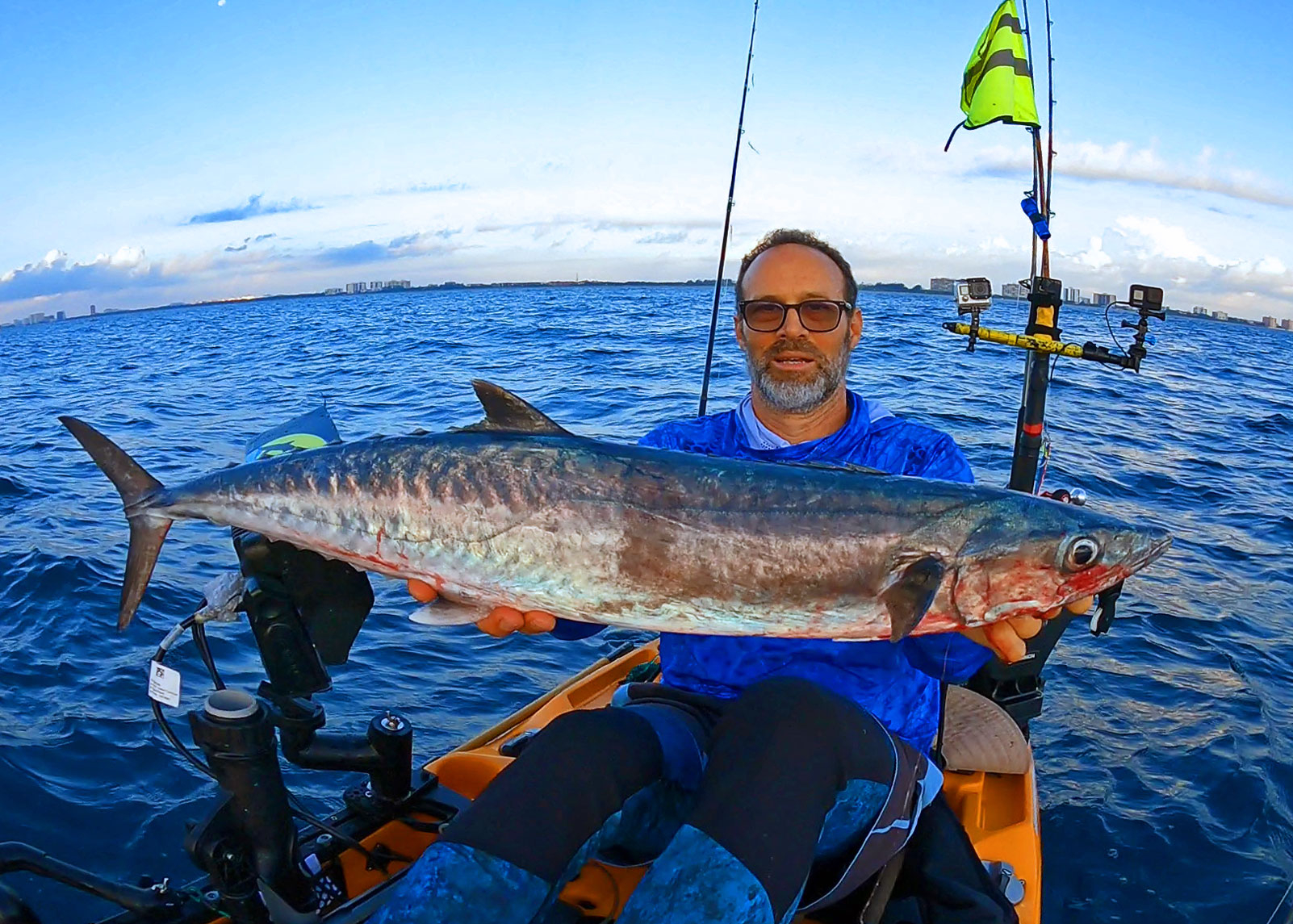 My other two baits produced a snag in the Hobie Outback rudder (I hate this rudder -- never had a problem with the Pro Angler) and a bit off most likely by a shark.   All out of bait I headed out for a jigging session.  There were some weedlines and it looked fishy.  Most of my action occurred in 270ft of water. 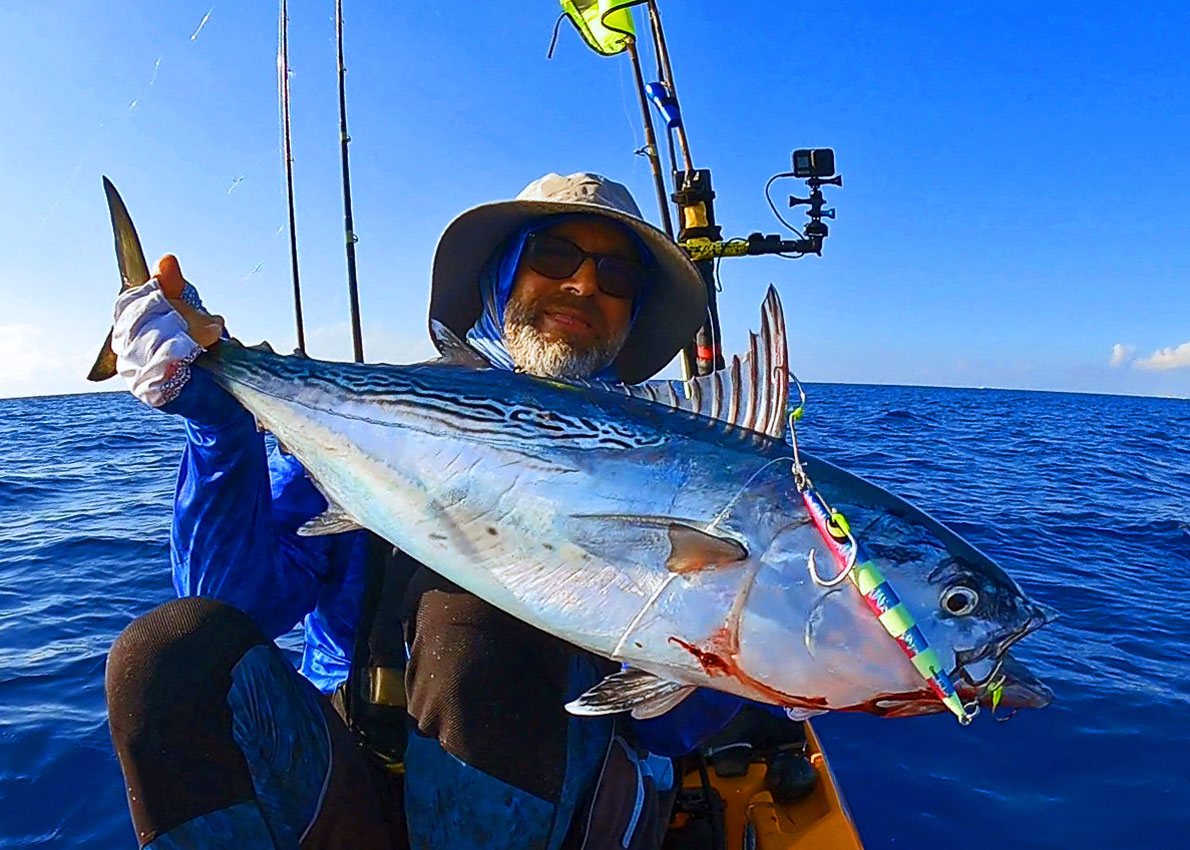 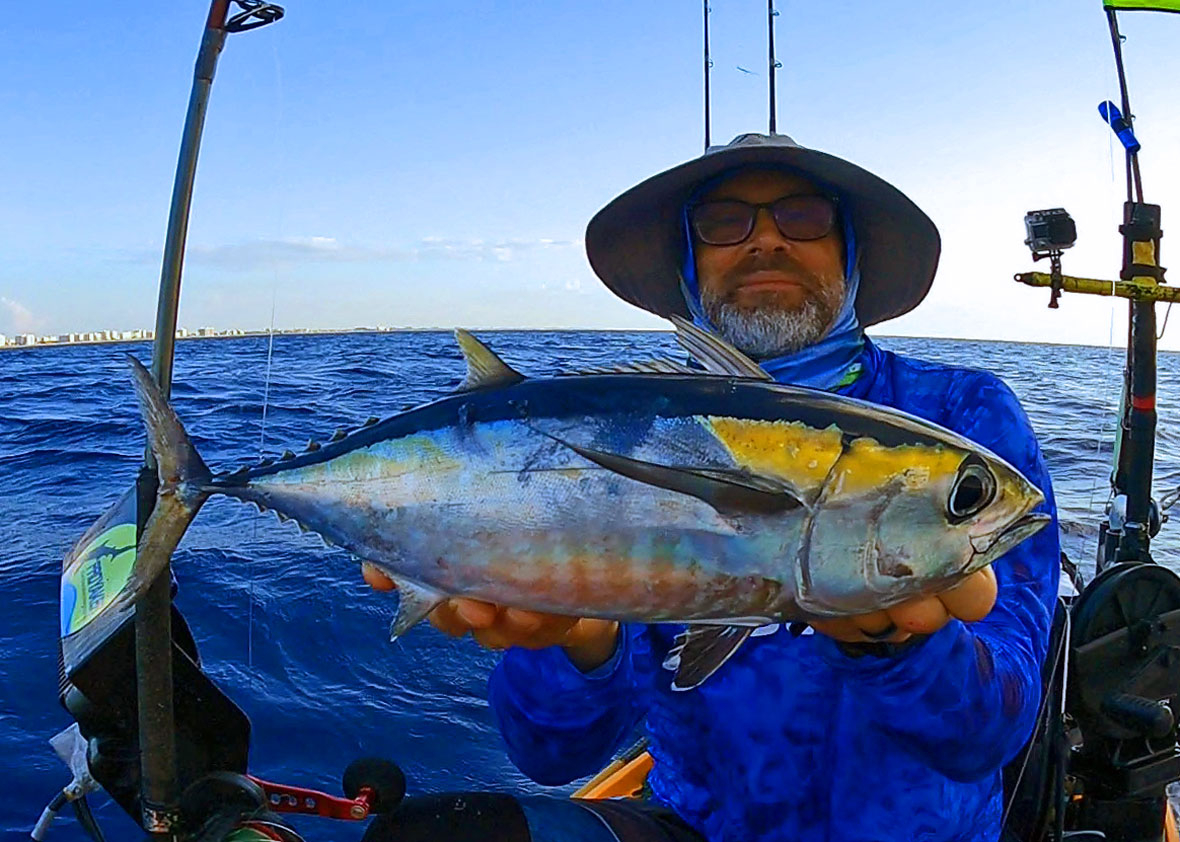 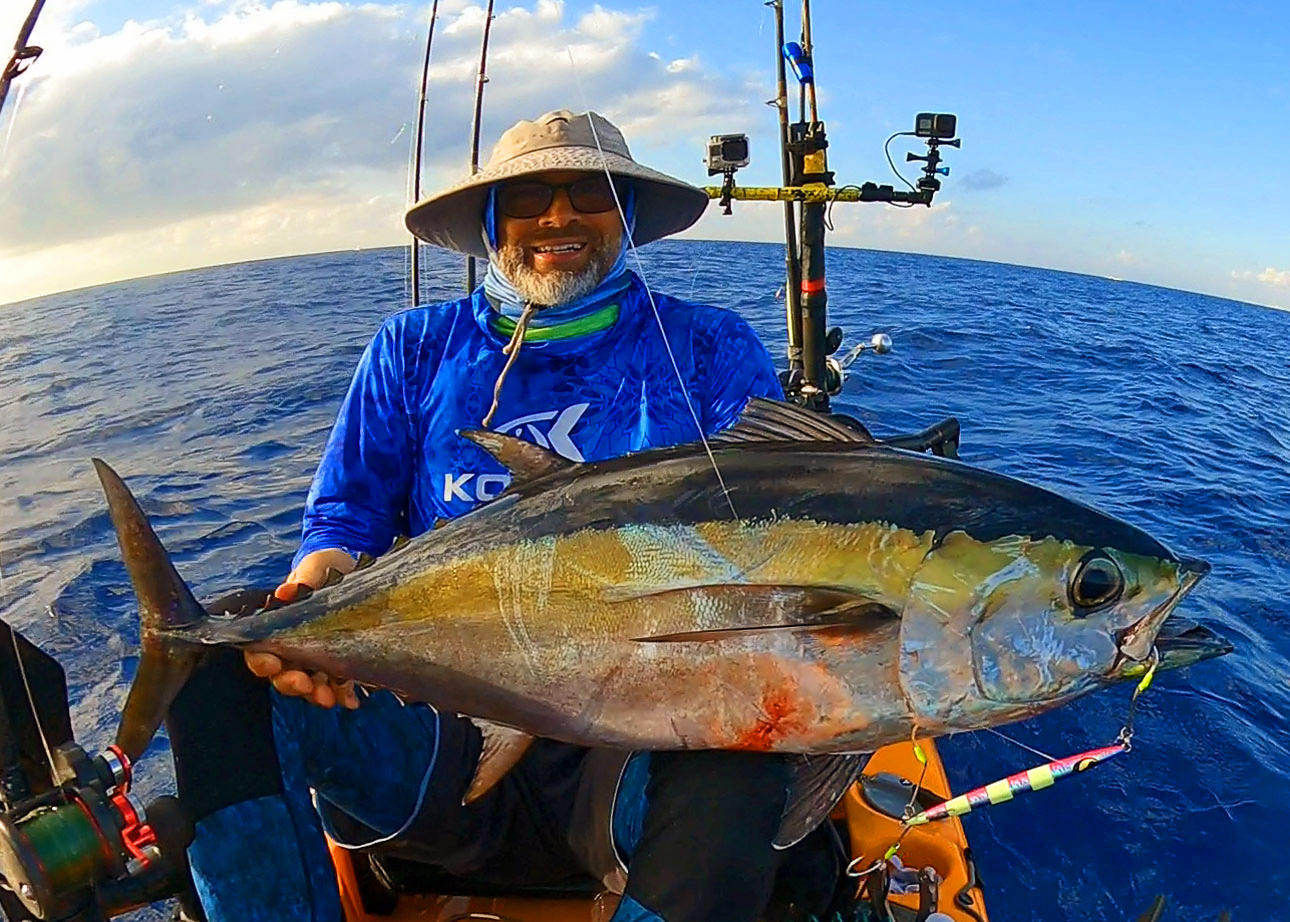 The current was pretty strong and by 10:30 it was time to head back.  I trolled a yozuri straight in to the beach first to get out of the current before heading Sth back to the launch.  I made it back to a very crowded Memorial weekend Beach.  One of my friends lost a big Mahi because he did not have his gaff which he lost on the Tuna.  The other friend did not have any more luck for the day but saw a nearby boat catch a 20lb+ gaffer.  I was stoked to have fresh tuna for sushi, Ceviche, Blackening, Searing, and tuna spreads.