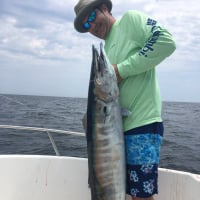 dontezuma Posts: 335 Deckhand
May 2021 in Northeast Fishing Reports #1
Wasn't sure about the wind this weekend, but it looked like Sunday would be marginal, so we geared up for it and headed out.  Mayport was slammed.  I got the last overflow spot, but all good.  @JPinPVB, myself, and friend Eric headed out to the poles in search of pogies.  Having rounded the corner, we saw 4 different boats running south along the beach and before we got there, all 4 peeled off eastward without throwing a net.  We didn't see anything either, making it almost to the pier.  I figured we'd just work the sabikis.

We hit a nearshore spoils area and saw some stuff on the sounder, so sent down the sabiki.  After a drift or two, we wound up with a couple hornbellies.  OK, not great bait, but it's something.  We made our way to stops around PG - the pogey boats, navy barge and some other culvert-type marks and all day, the only thing we caught for bait was hornbellies.  Not sure if there's some massive migration, but we even saw schools of them rolling at the surface while being harassed by Spanish Mackerel.

It was a steady day of action, but nothing crazy.  Lack of pogeys will do that to you.  Well, me anyway.  We managed 1 nice king around 20 pounds, a barracuda a little smaller, 2 Spanish, and a spadefish.  The latter came off my speargun, as I've gotten in the habit of throwing a mask and fins on the boat for when opportunity strikes.

JP got to try his hand at slow-pitch jigging and showed us all up, enticing a 6' bull shark to strike!  That was the fight of the day, for sure.  Not sure if he has a pic or not.

I was just struck by the hornbellies (Atlantic Bumper, for the science kids).  They were everywhere.  We caught one blue runner and one sardine all day, but two dozen hornbellies, and zero grunts.  What's up when you can't even sabiki grunts!?

Is this an annual thing that I'm just cluing into? 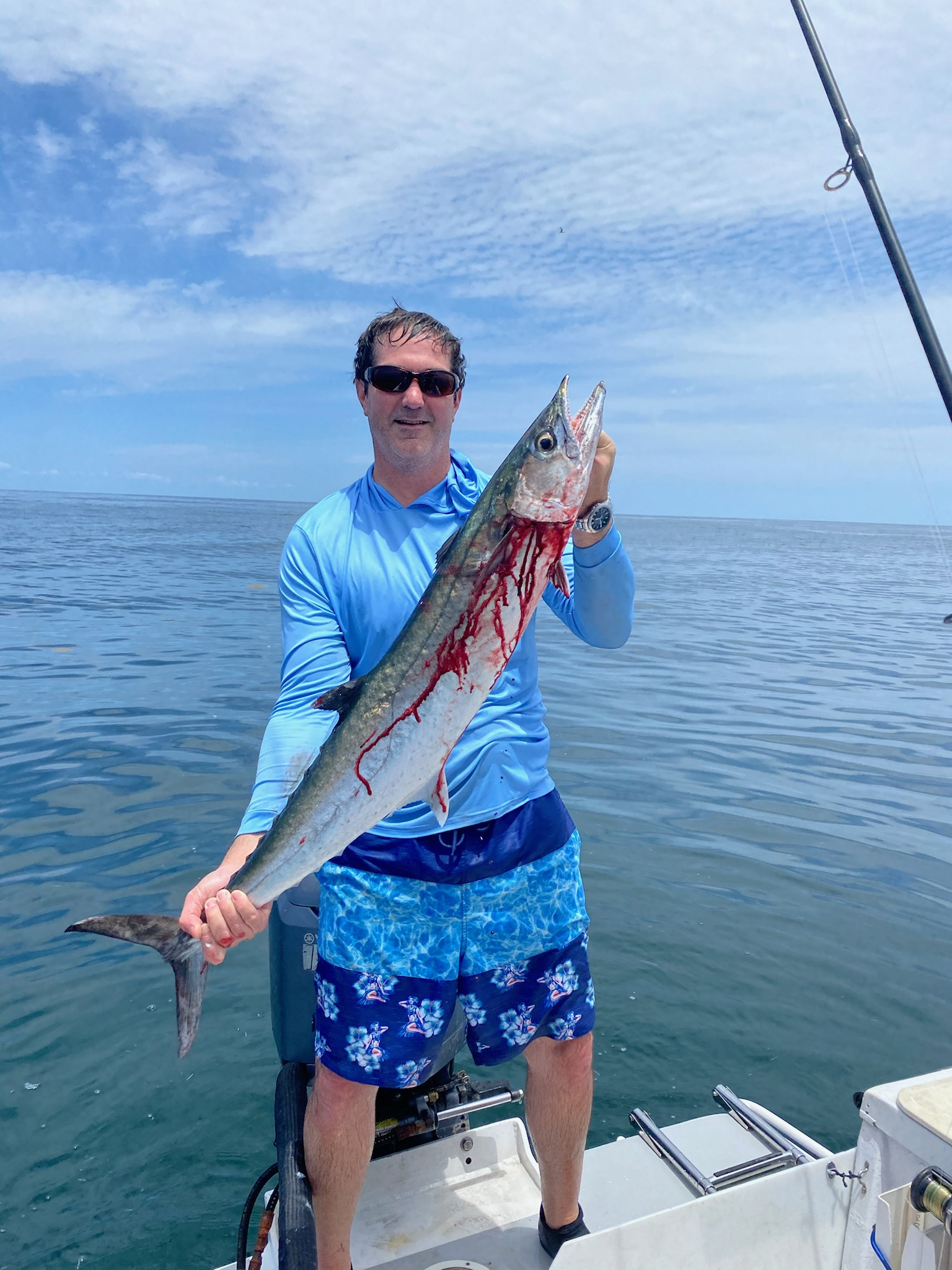 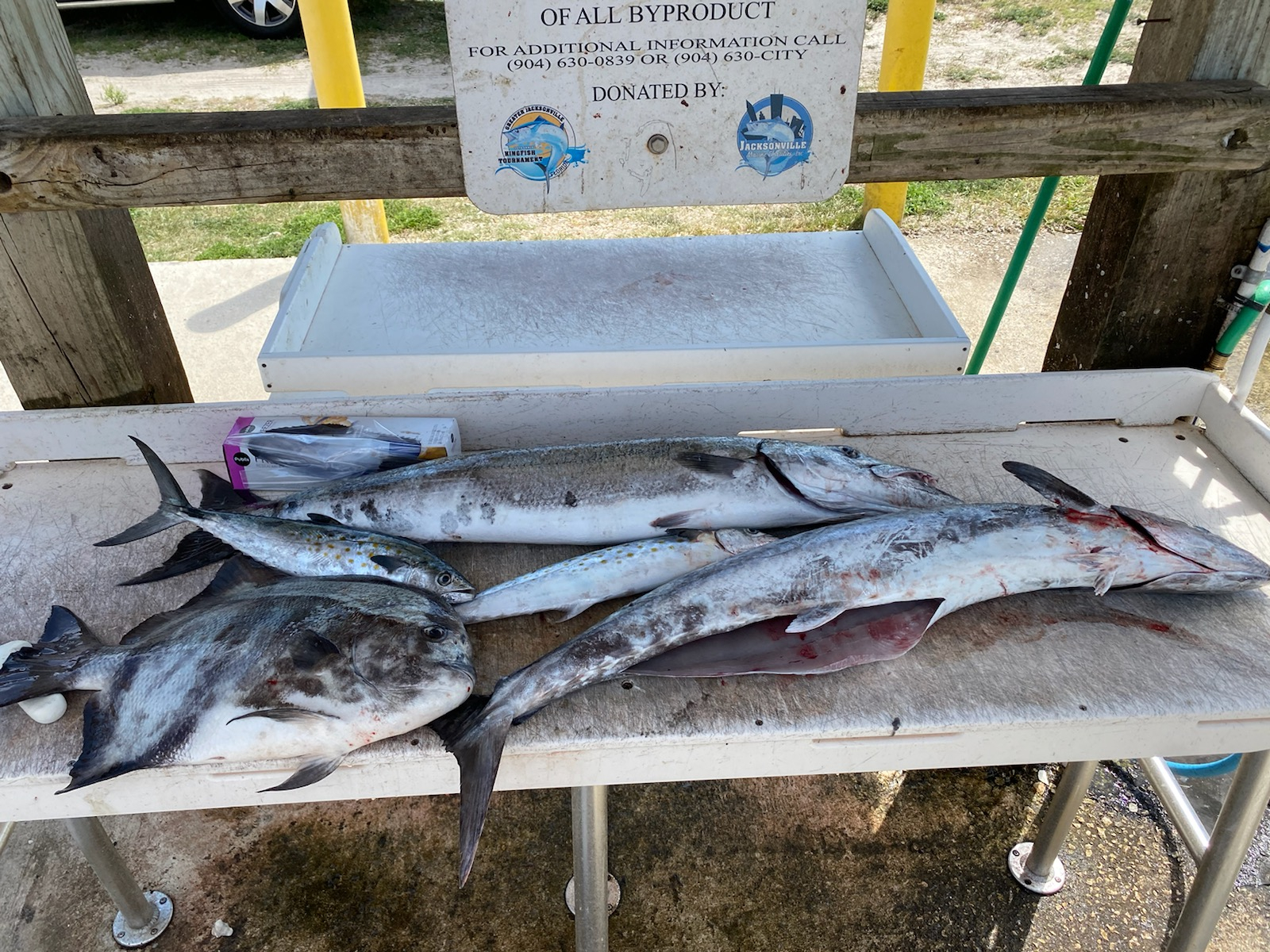