I called Jorge at 6:15 a.m. as he was leaving the house and told him to change up the rods, bring his Engel Bait Cooler and pick up shrimp at Snook Nook for us.  Diane, his wife called me at 7:15 to let me know Jorge locked the keys in his car at Snook Nook with his cellphone.

It was off at 9 with Jorge (after waking up at 5:45) to the North Fork.  I was catching non-stop……Catfish!  I should regress, I caught two Catfish off the dock waiting for Jorge with shrimp in my bait pen.  After a few hours of serious boredom, Jorge led off with a Snook, followed by the largest Croaker I have ever seen, but it continued to be slow as we continued north in the river.  Finally, Jorge hooked up to a nice fighting fish that after a few minutes he landed, a 7 lb. Black Drum.  Good things come in three’s, his next two casts to the same spot, landed two more nice Black Drum, 6 lbs. and 4 lbs.  Look at the pictures, he has fingers up showing #2 and #3.  I pulled a Snooklet off the same dock and a Smaller Black Drum.  We over extended our welcome and moved on.  I started off slow in the morning, although decided it was time to get serious and catch up.  I caught a nicer Snook under a dock and then the next dock, caught three Snook on three successive casts.  One of the Snook was a beautiful Tarpon Snook.  Jorge ended the day with another nice Snook.

By 3:00 we were both wore out and called it a day with 7 Snook total, 4 Black Drum, 1 Croaker on steroids, bunches of Snapper and a shitload of Catfish including one that was over 10 lbs. 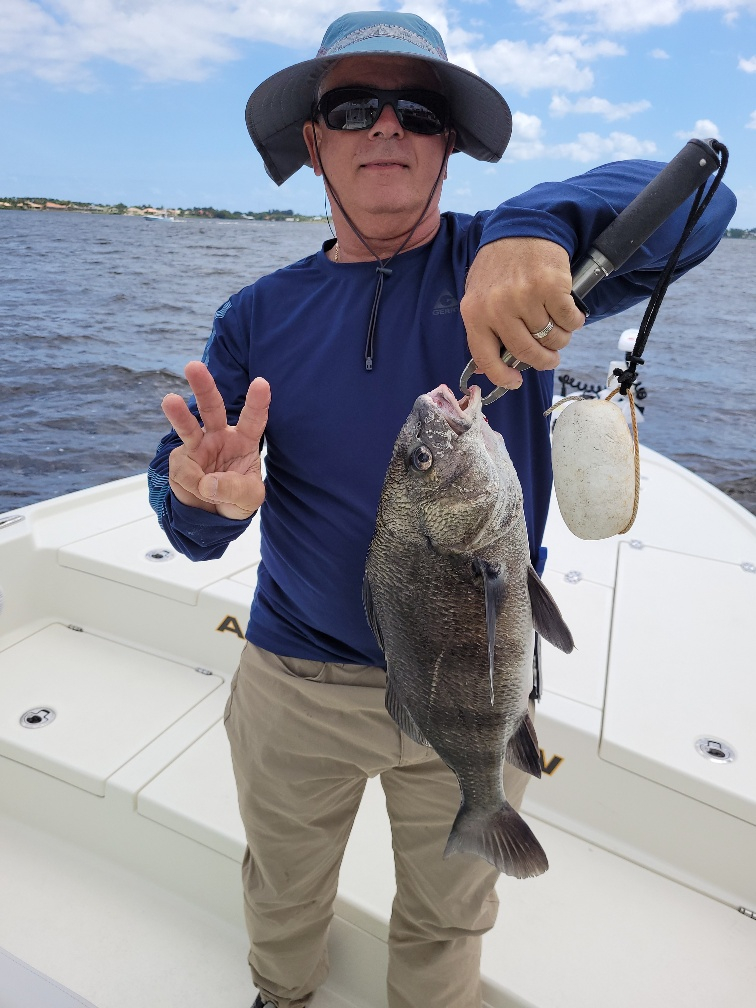 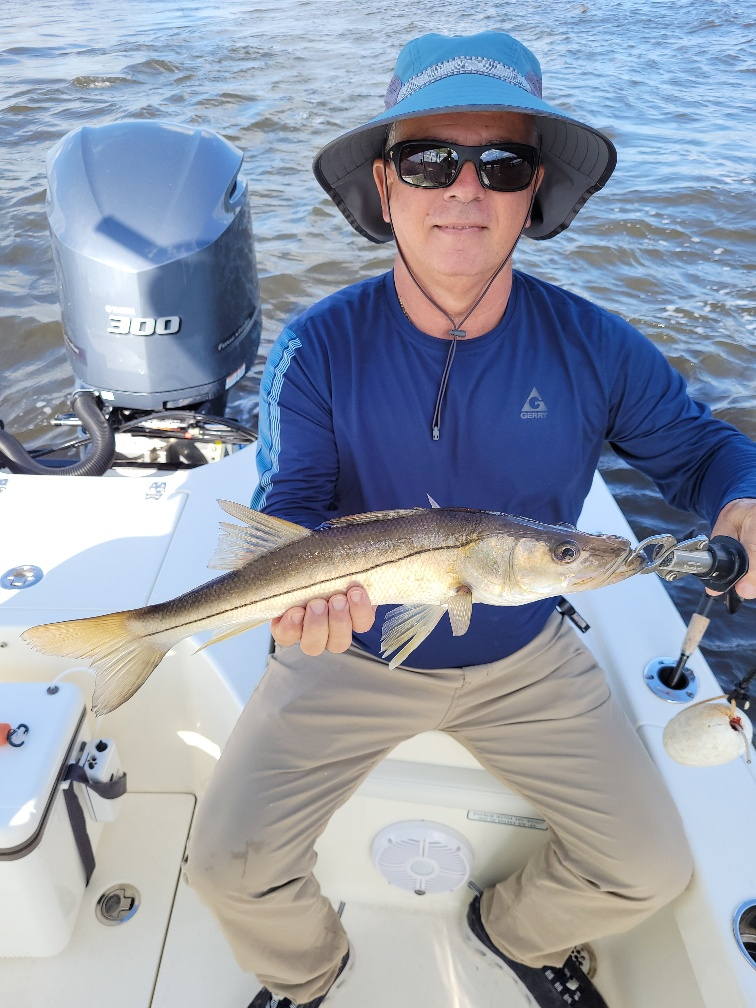 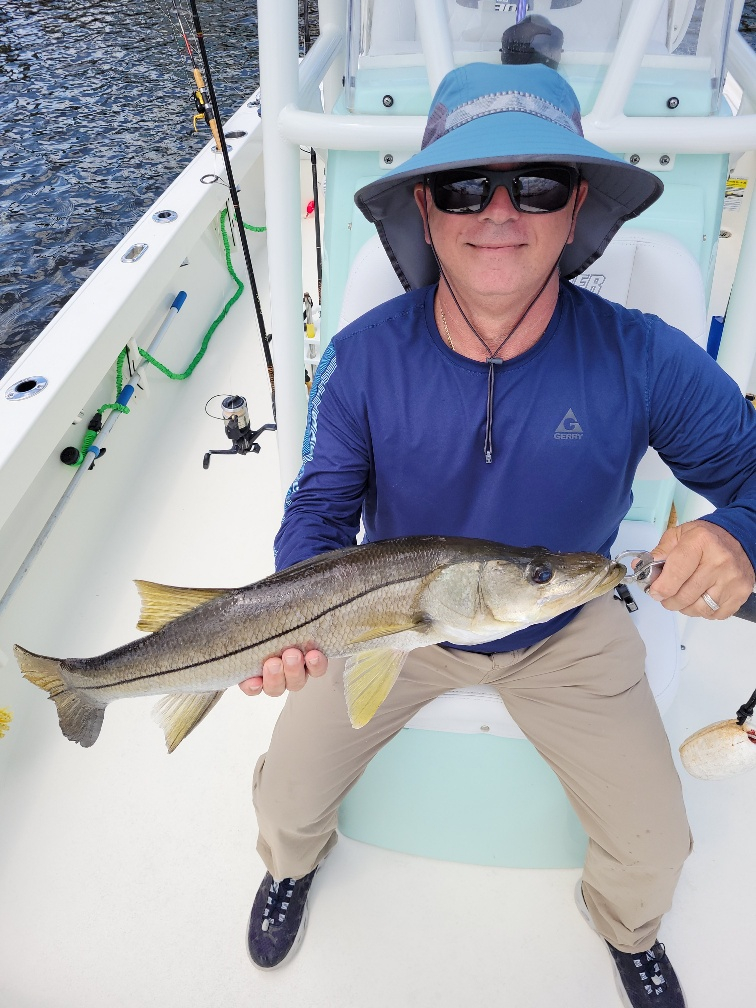 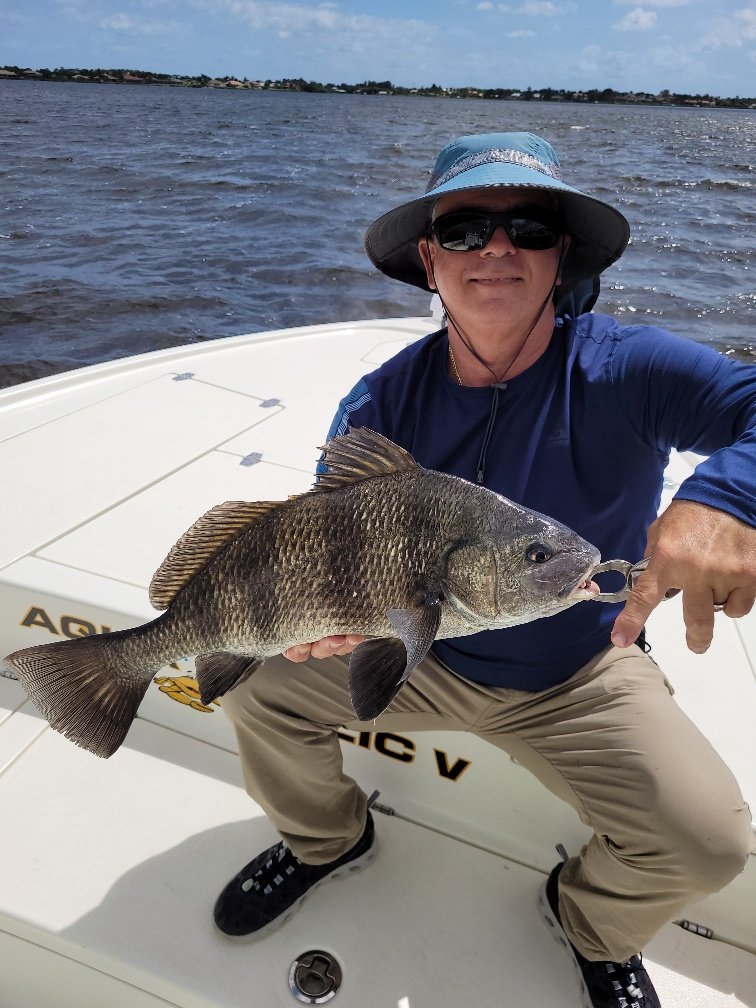 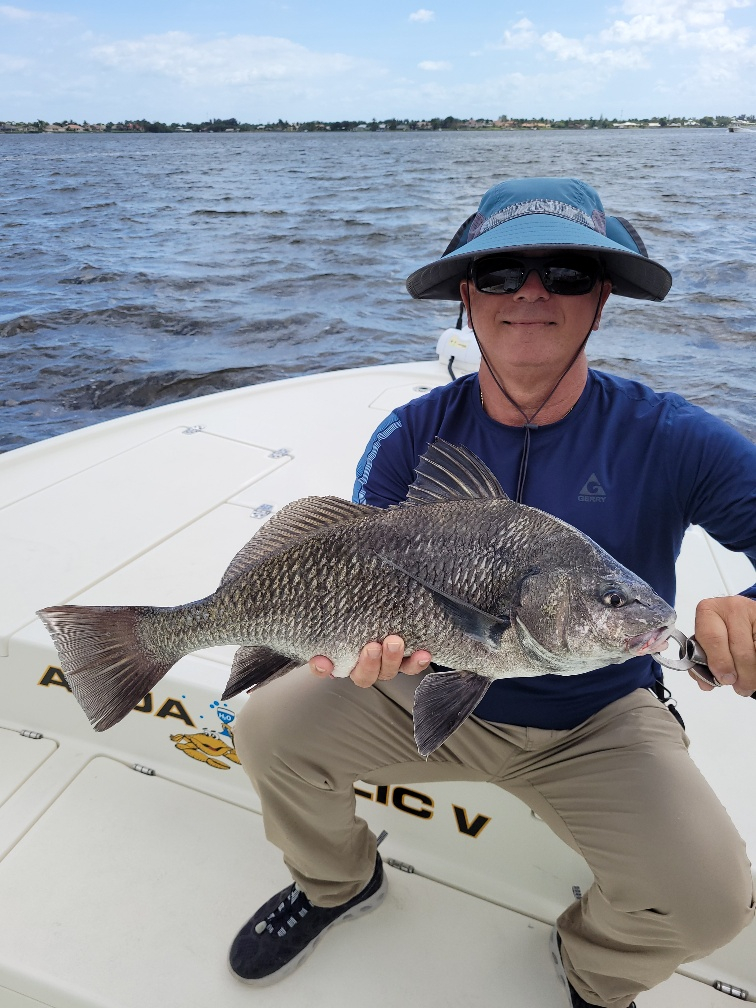 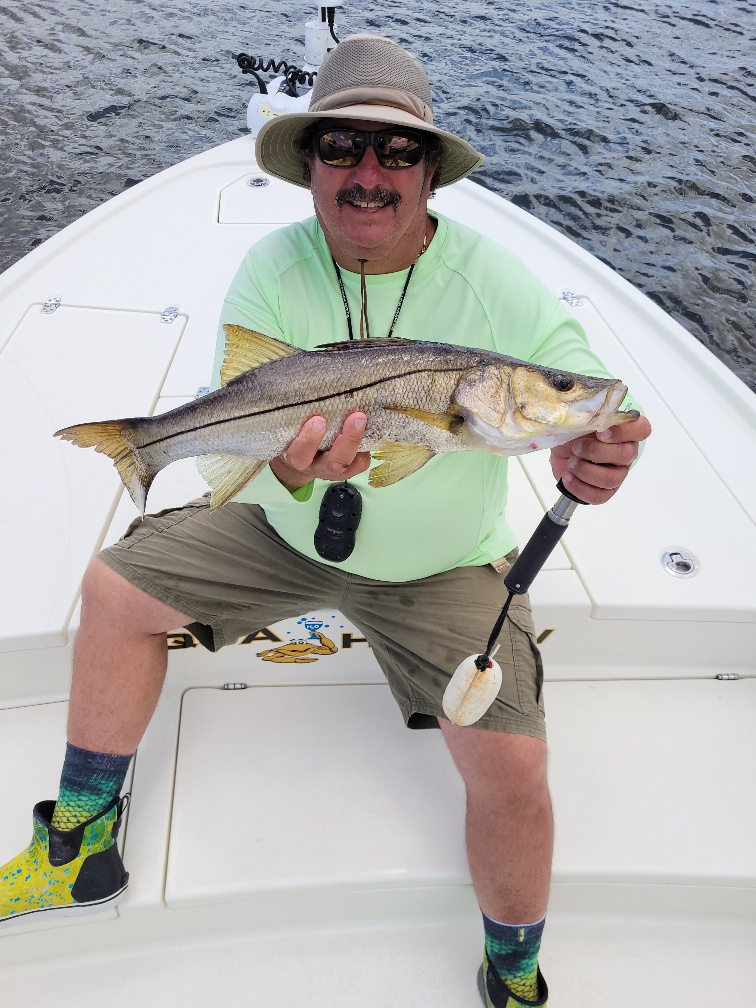