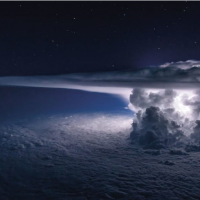 skagittarius Posts: 7 Deckhand
March 2021 in Fly Fishing #1
Hi.  I didn't see a new members thread so I'll just introduce myself.  I'm Joe.  I'm in my early 50s and reside outside Seattle.  I will likely be looking to purchase a winter place in south florida soon, perhaps as soon as this summer and am looking for some location recommendations.   My budget is in the $300-350K range (will be a cash purchase), so I'm not going to be able to afford a place in the keys or an ocean front property and I'm fine with that.   Don't want a condo as I'll have a 24' center console that I'd keep on the property.   I'd expect that 90% of the fishing I'd be doing would be with a fly rod on my boat in saltwater.  I'm having a hard time choosing between the east coast (likely around Stuart) and the west coast (Ft.  Myers).  I've been to the keys and both coasts of south and central florida several times.  I like the idea of taking my boat offshore to fish for blackfin (I do a lot of albacore tuna fishing here in the summer), mahi-mahi, etc, but I'm also intrigued by the local in-shore / bay opportunities on the west coast (tarpon, sea-trout, snook).  Are the winter fisheries / opportunities better on one-side or the other?  I have a retired friend with a place in the mid keys who's an avid gear fisherman so I'll likely be trailering the boat down there a couple times a year for a visit.  Thanks