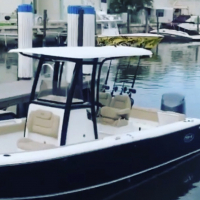 Got there at 5am to park in a spot I picked out a few days ago
thought it looked to hold turkeys
Didn’t wanna walk in while it was dark since I wasn’t familiar with the area at all walked in around 6:30 am and maybe 20 steps in a monster tusked boar ( not sure of correct term)
sat on the path and stared me down for about 30 seconds stayed until 11am got really hot
didn’t see any signs of turkeys like tracks or hear any gobbles did hear a couple shots fired in the distance