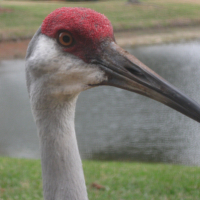 idlerick Littleton, Colorado & Sarasota, FlaPosts: 244 Deckhand
December 2020 in Boating #1
I have a 40 Honda with the gunwale-mounted remote throttle/shifter assembly. It functions fine as a throttle and gear shift, but the neutral center position, where it has to be to allow the starter to engage, has "slipped". First it was in the center, then at the rear of center, now it's slipped further back to where the shifter has to be just slightly in reverse before the starter contact is made.
It seems to have moved back after I've changed the water pump and disconnected the shift linkage to drop the lower unit. So I'm wondering if the slippage is in the control box itself, or if I've somehow re-connected the linkage too high or too low and caused the contact point to shift? I've tried adjusting the linkage to no avail, and I'm leery of going into the box itself.
Anybody have any experience on this?