John McKroid Posts: 2,926 Captain
December 2020 in General Paddle Craft #1
The weather has been unfavorable, but seeing some nice Wahoo and Black Grouper being taken off boats, I had to try to get out.  Windfinder showed a few hours of favorable weather for the morning of the 22nd, so I gave it a go.   The pre-sunrise launch went uneventful.  Goggle Eye bait fishing went well.  I headed out to the target area at 615am.  By the time I was at the third reef, the NxW wind was clear of the lee of the land.  There were a good many white caps on the sea.  By the time I reached 200ft depth, the Nth bound current against the wind out of the Nth generated a very steep swell.  Baits were put out, but more time was being spent paying attention to the seas than fishing.  The first drop of the vertical jig produced a horse-eye jack. 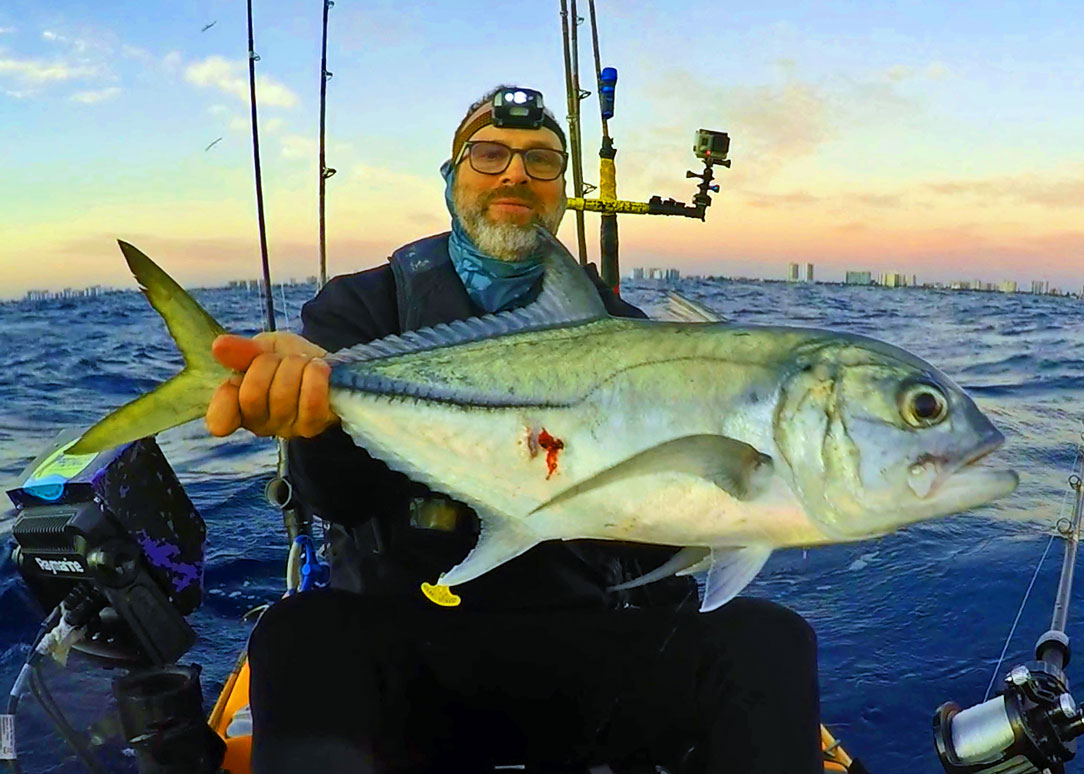 It was an effort to reel the fish in while staying safely pointed into the seas.  I could see fish following my vertical jig on the fishfinder during additional drops, but it was just too rough to stay out there.  When one has to continually lean one way or the other in the chair to keep the kayak stable, it's time to head in.  I kept the live bait out and started peddling back to the beach.  During the peddle back to the beach, I went one for two hook ups on Spanish Mackerel. 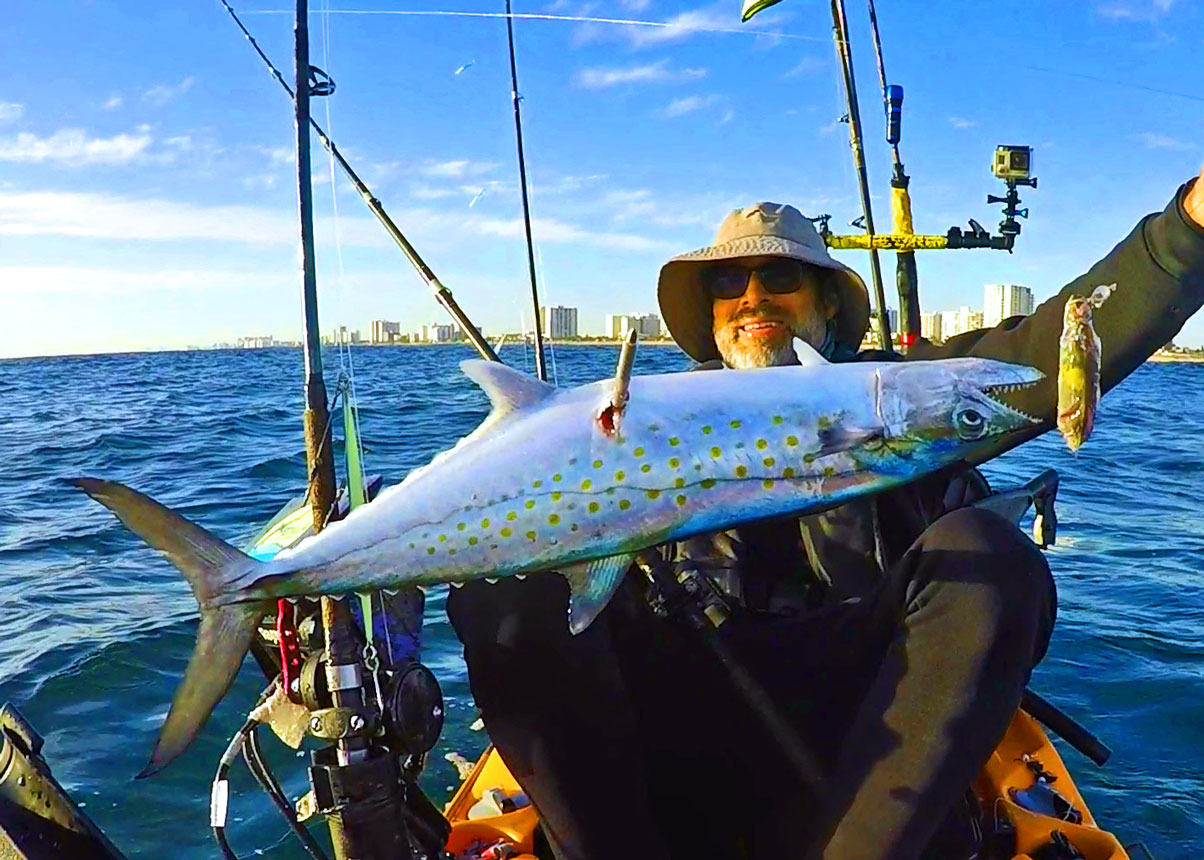 The weather was not bad on the first reef, but the forecast was for it to get worse, so I called it a day and was back on the beach by 8am.