TeamFishon12 Tierra VerdePosts: 9 Deckhand
October 2020 in West Central General Fishing & The Outdoors #1
Long time reader but first time posting in the forum. We run a mid-size center console out of Pass-a-Grille and were pumped to be able to get some decent enough weather for the ARS fall opening. For once we felt like the weatherman didn't let us down completely. There were some leftover swells for the ride out but we made it to some of our most productive summer ARS spots about 65-70 miles out. The wind picked up and got a little choppy mid-morning but it settled down nicely for the ride in. First spot that has always produced was slow to start the day so we were a little worried since we usually hammer them there during the summer months. Saw a ton of surface action with birds all around so we decided to put the spread out for a little to get the morning going. Ended up killing the Tuna and ran into some big shows on the bottom that were holding nice size ARS. Frequently this is how we have found are best spots, but we usually don't get into the Tuna this thick. We ended up with 6 in total about 4 good size ones and a 4-man ARS limit. The ARS were plentiful and big boys when we got into them but only found them stacked up because we were monitoring the bottom finder while trolling. The Tuna surprisingly weren't picky, they ate everything from a plain cedar plug to lipped bombers. Only downside to the day was losing a 20+' Scamp on the surface due to a poor netting job! 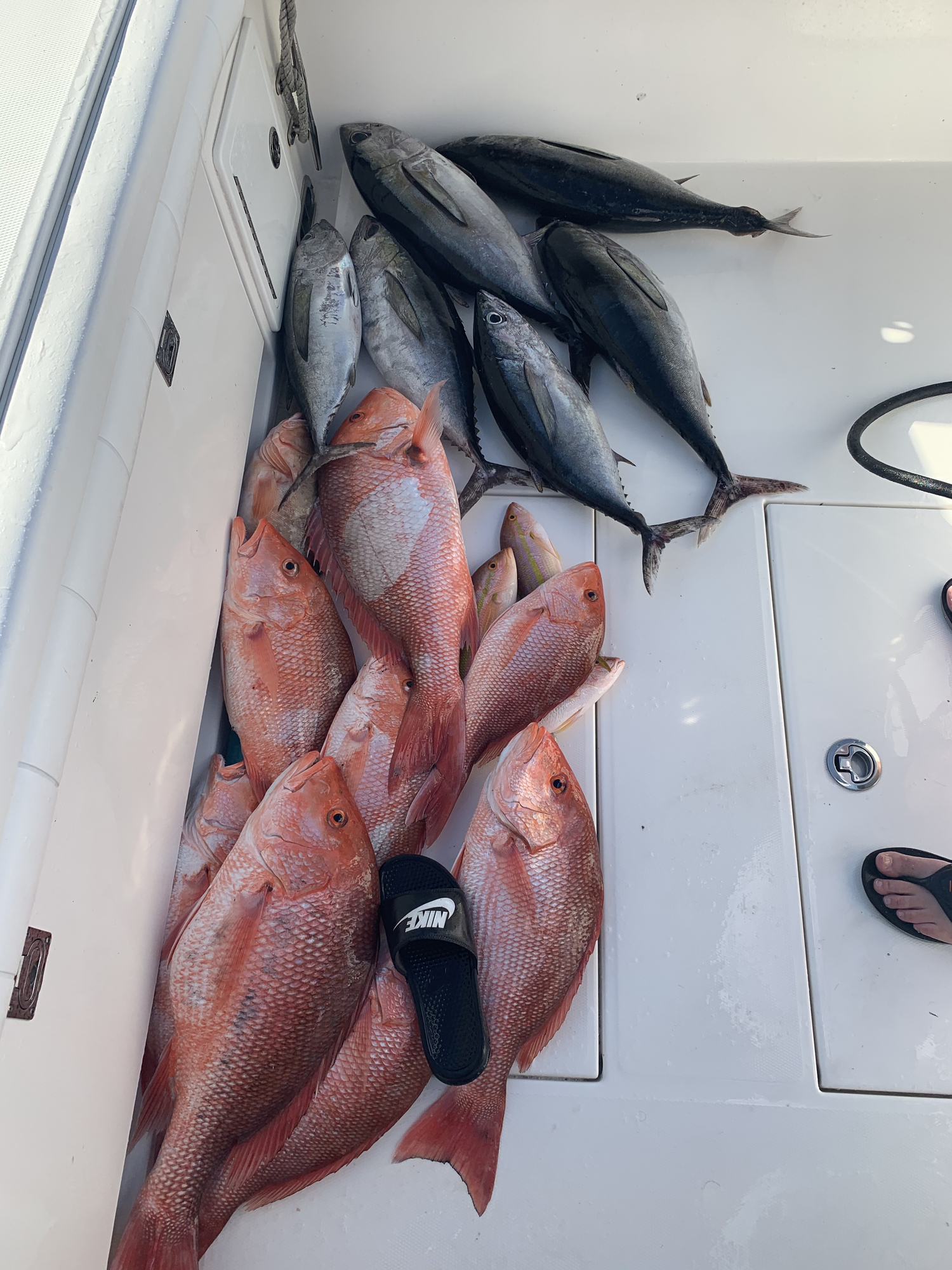