The weather has been rainy, windy, and rough with few opportunities to fish offshore.  I and two other kayakers made it offshore out of NE 16th st on Friday the 16th.  With a predawn launch, the other two anglers went out targeting live goggle eyes for bait, while I headed deeper to look for larger sized baits.  Bait fishing was slower than I had anticipated, visiting several normally productive sites for zilch.  Eventually, I did get a few Runners and Little Tunnies to troll live. 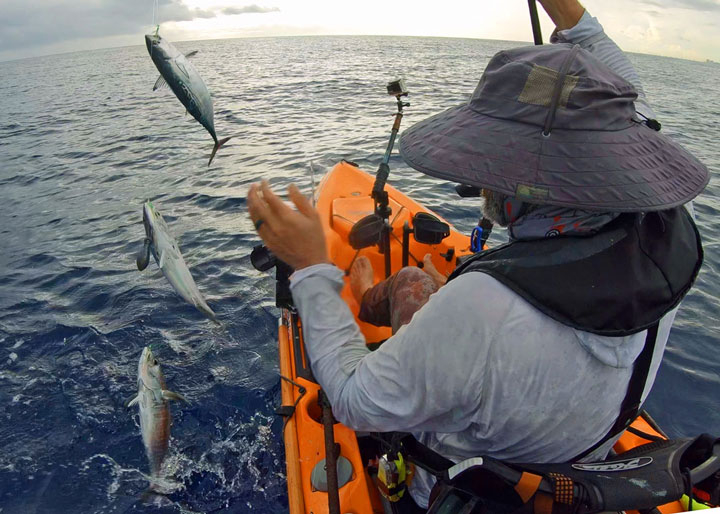 The live baits produced three Barracudas, one of them was not much bigger than the bait I was trolling. 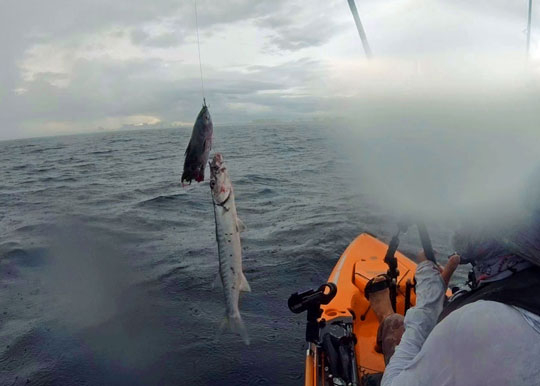 I did a few drifts for Grouper and lost a good one on a wreck during the first drift. 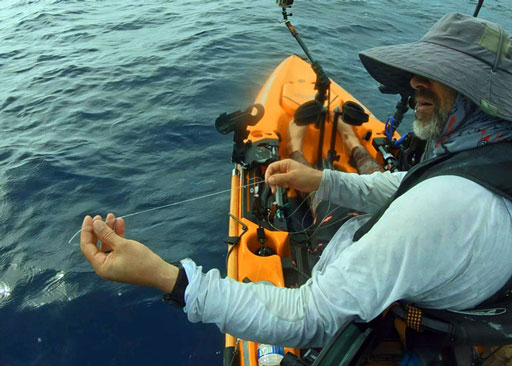 Although it was slow, I did manage to round out a slam by jigging up an Amberjack and a small King Mackerel. 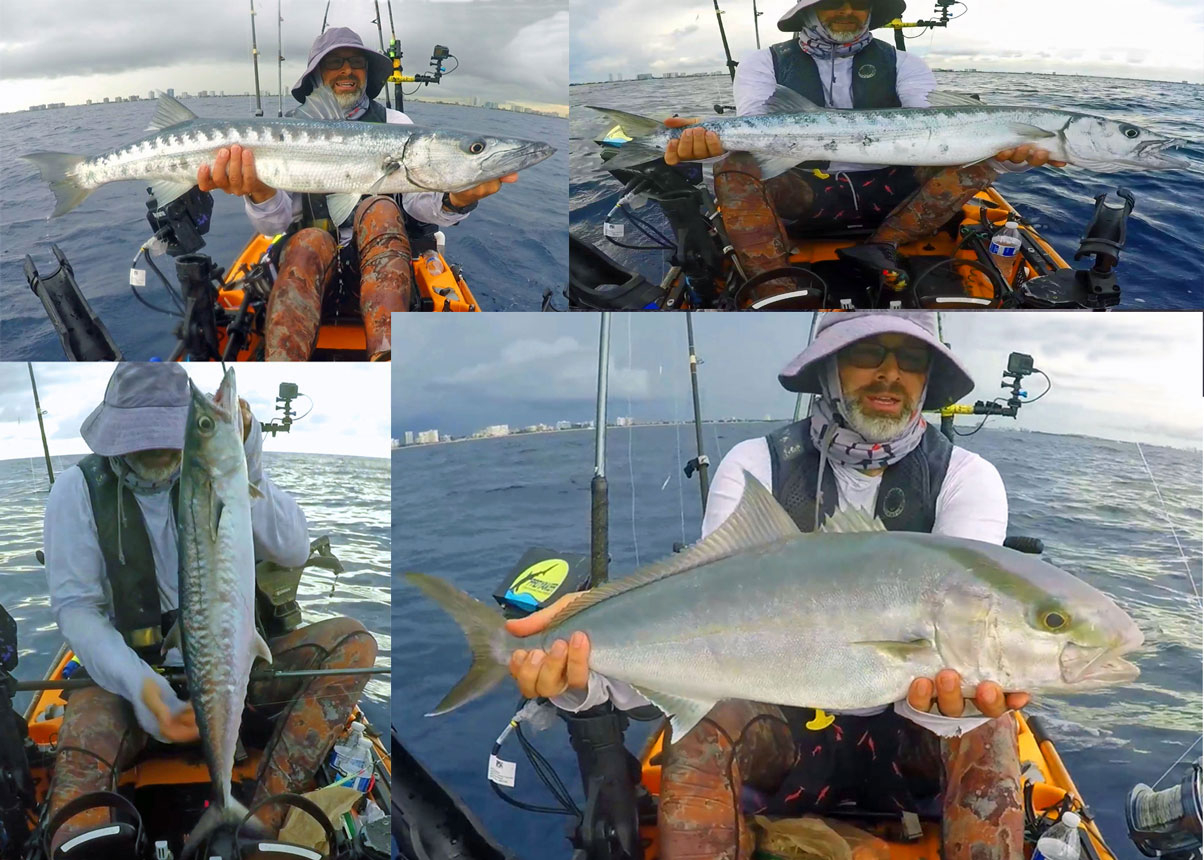 Perhaps the most interesting moment was watching this King Mackerel Jump 3 times shortly after 1 of the 3 jig bite offs I sustained. 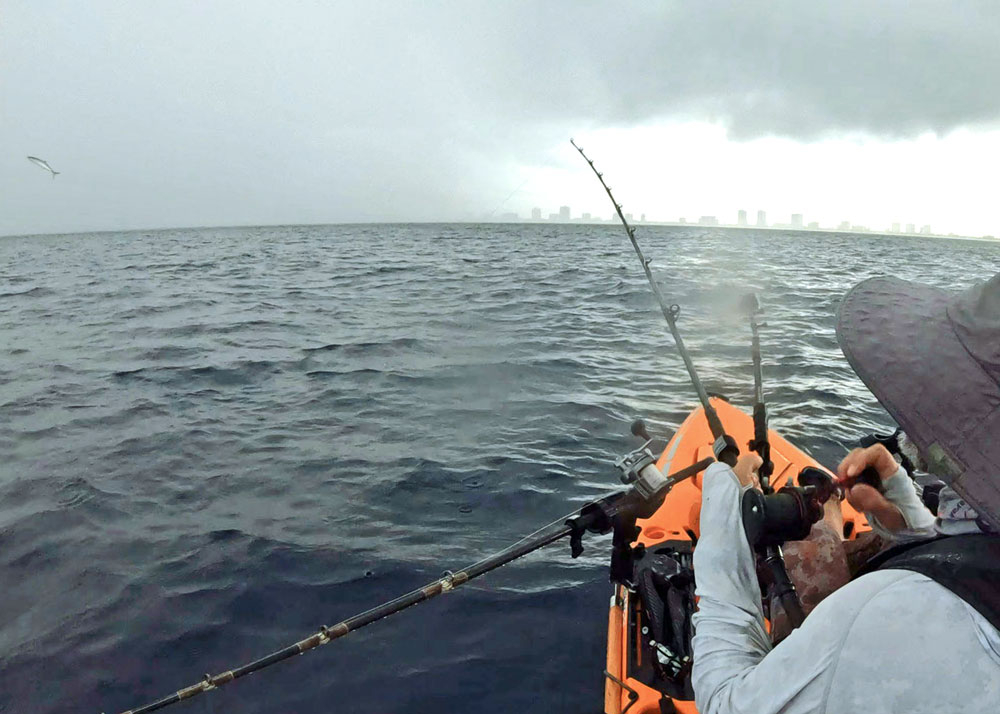 I had been dealing with rain all day, and in the afternoon static electricity started causing my fishing rods to hum when stored vertically.  There had been lightning in the distance, and it was time to store the rods horizontally and head for the beach.  Having released my catches, I came in with an empty fish bag.  The other two kayakers did better: one taking a nice Wahoo on a live goggle eye, the other a schooly Mahi on dead squid.