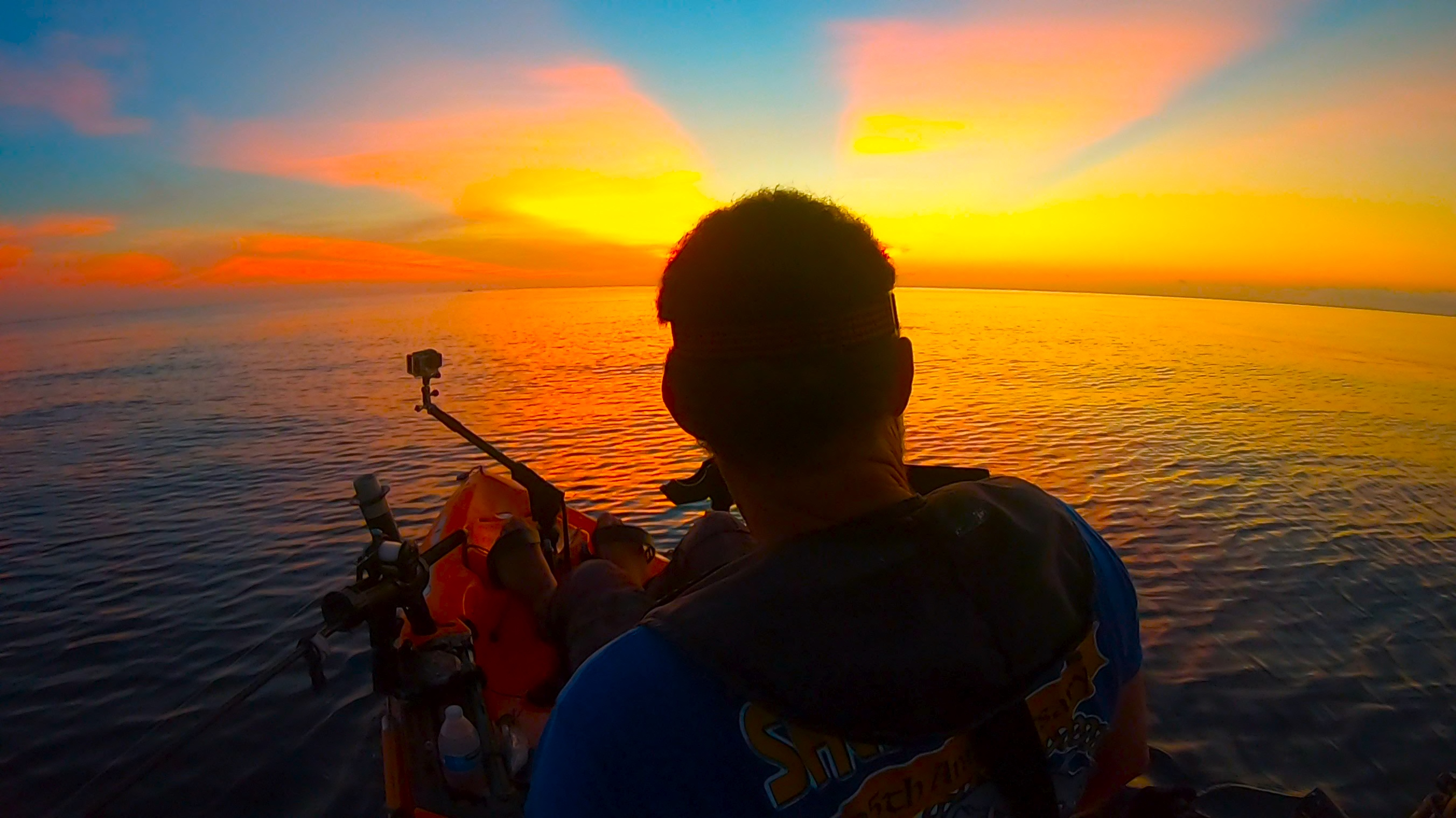 In the past, I have had some success landing Wahoo’s off the kayak during the month of September.  With that expectation, I made several trips during the month targeting the slender Zebras.   I fished with vertical jigs, Goggle-Eyes, Large Runners, Speedos and Bullet Tunas with hopes of connecting with a monster fish.  Instead, I had many missed bites:

And some hardships, such a fish that bent my assist hook upon the strike, and a bait hook up to a large tail thumping fish that broke the wire after 45 minutes of battle.

September 30th, started similar to prior September trips, first catching bait to fill my livewell, and then slow trolling for most the day with occasional sessions of vertical jigging when the meter marks looked good. 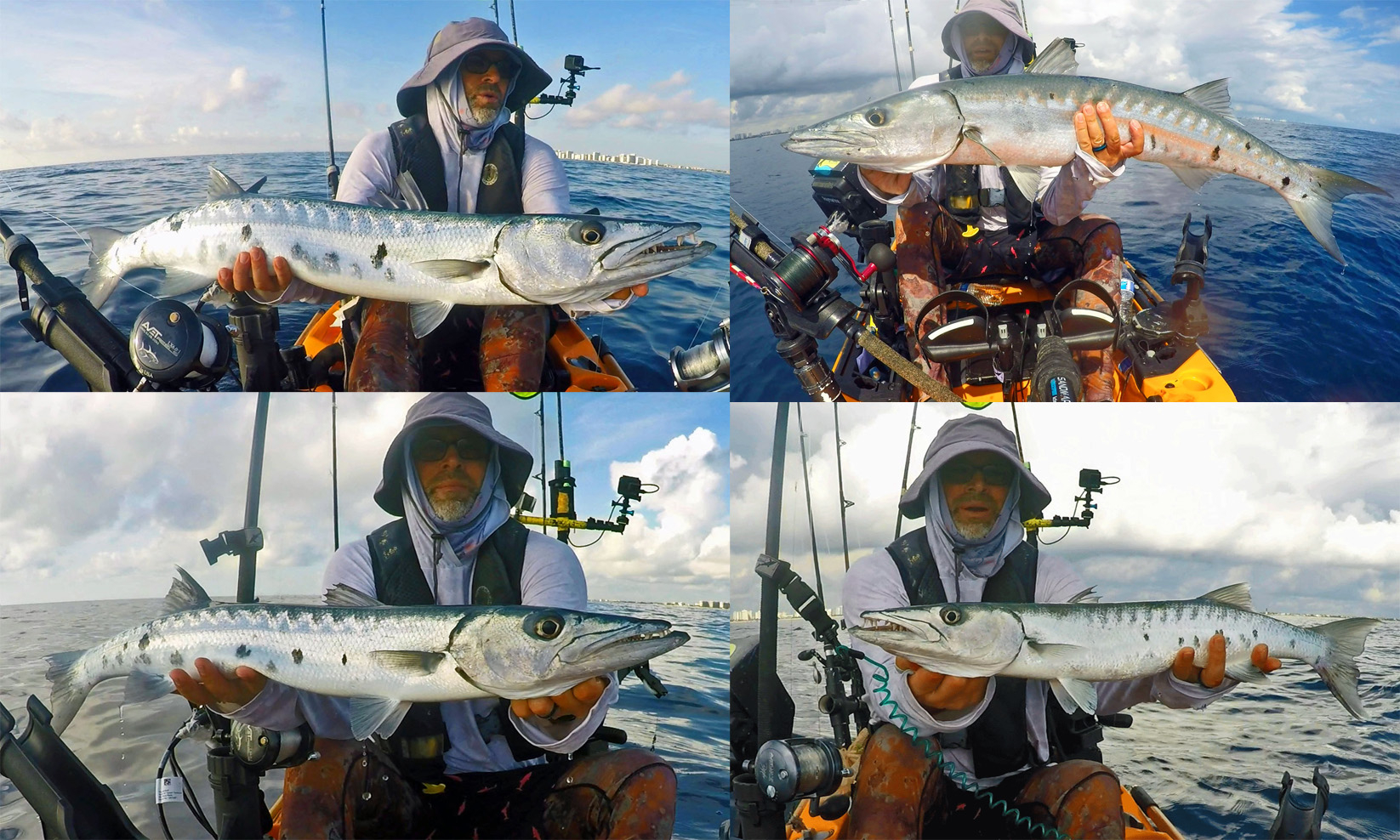 The high point of the trip was gaffing a keeper Cobia….. 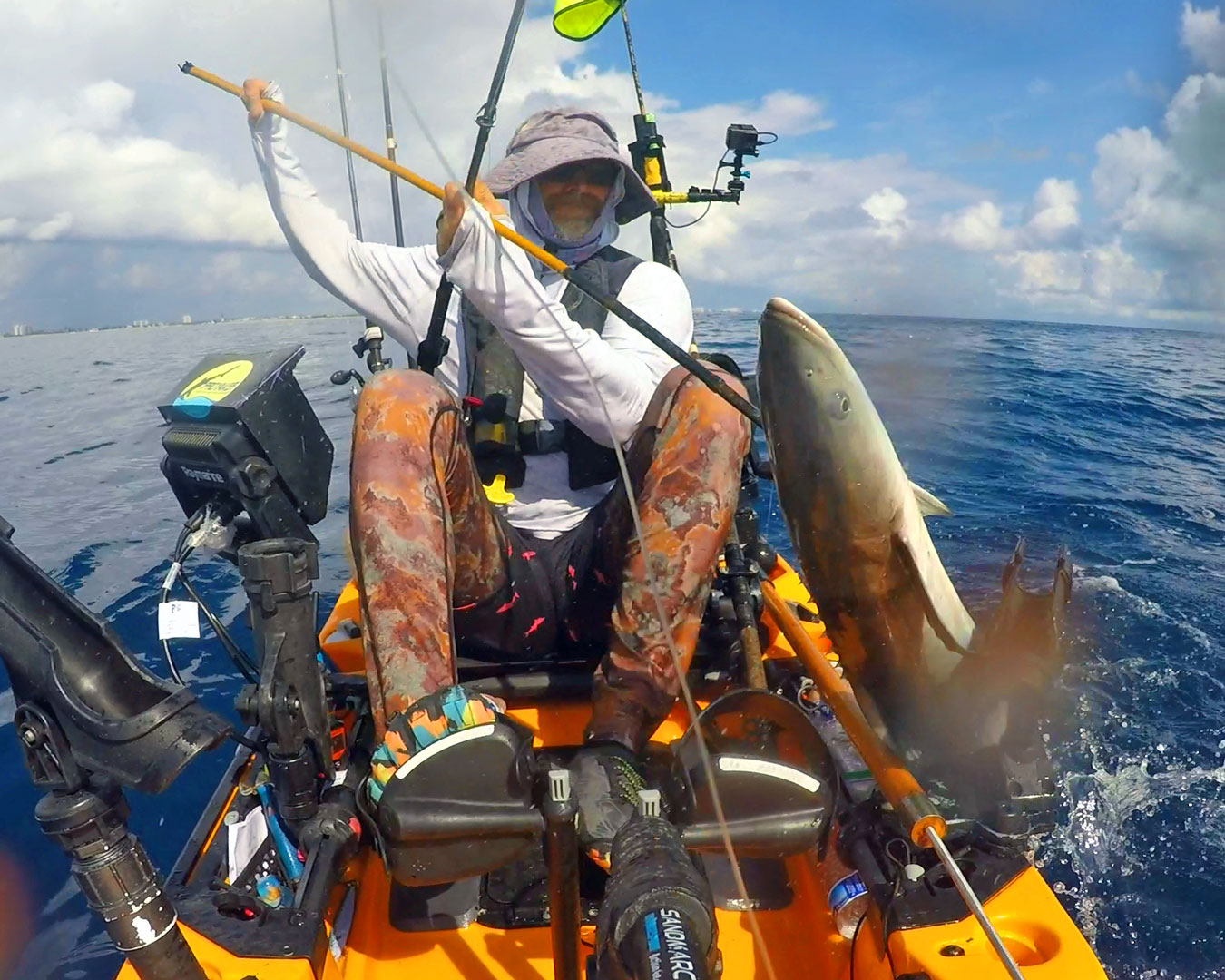 Unfortunately, he was too green to stay contained in the kayak.  All catches were released.