Sea Snake Posts: 5,531 Admiral
July 23 in Northeast Fishing Reports #1
Feeding off the other thread of what Ben advised....as to the keeping and cooking of Snapper heads and throats....I shot some pics of my dinner last night as they went into the oven.

It's a very simple way to maximize your snappers and groupers, and let me tell ya, one throat from a 12 pound snapper is a meal !!

Basically, I cut the throats out, wash and split them down the middle  ( kinda like a chicken breast ) so they'll lay flat. 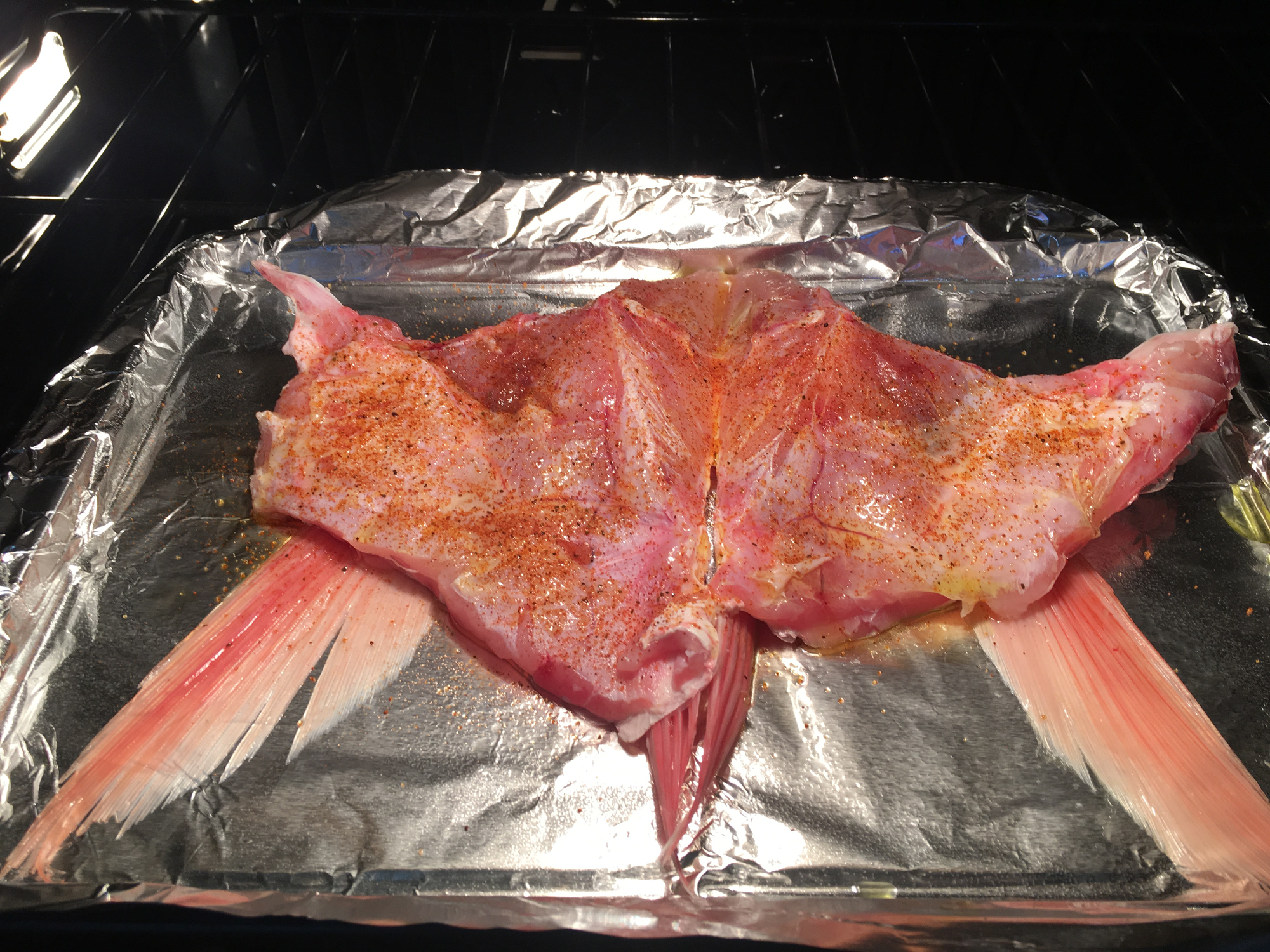 and you just need to slather with some olive oil, and some seasoning of your choice....in this case a little Everglades.....then place in a preheated oven at 350 degrees.....and cook for about 7 minutes or so.....at that time i'll switch it over to broil for another minute or two to make it sizzle....and browns it a bit 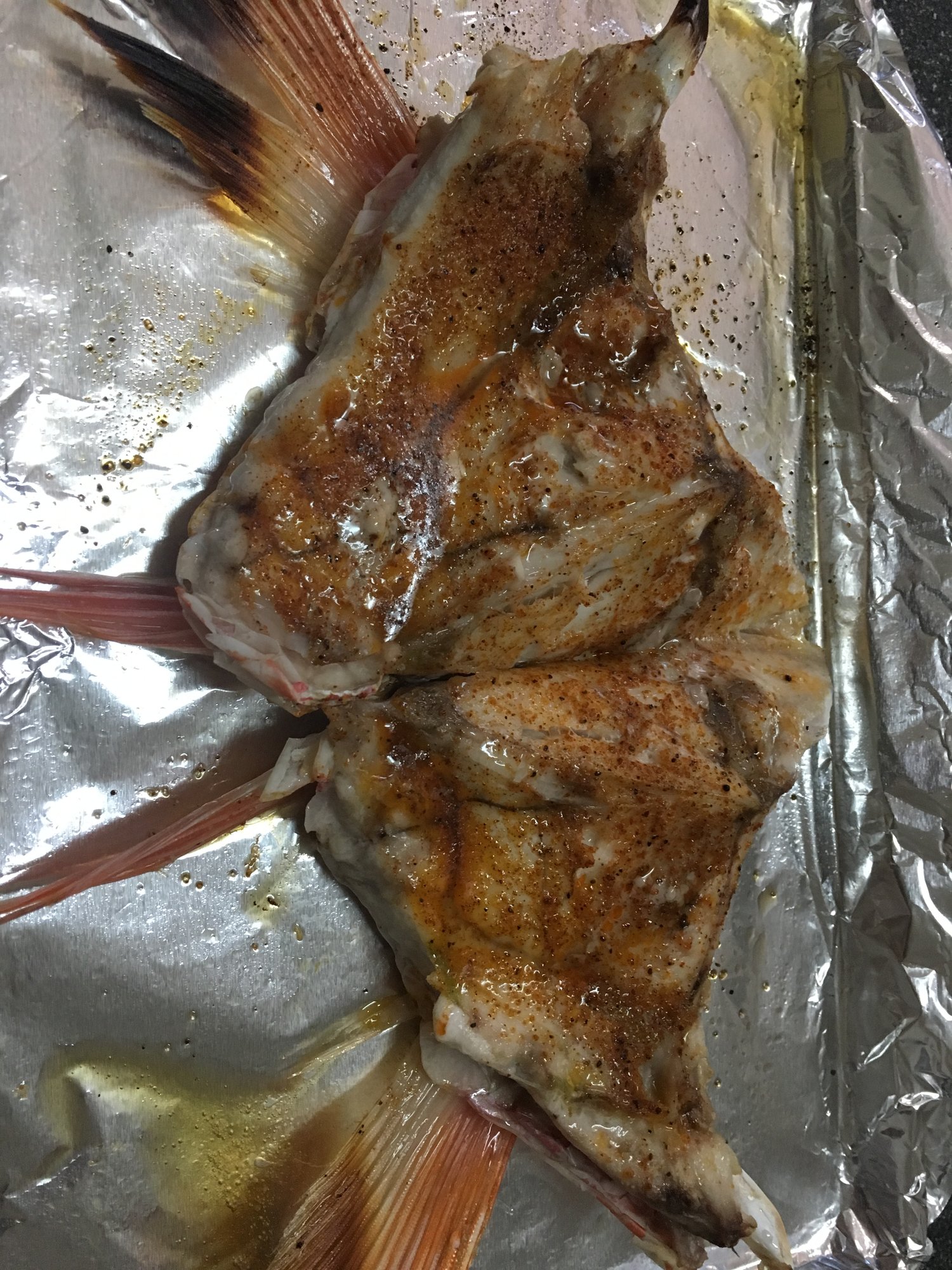 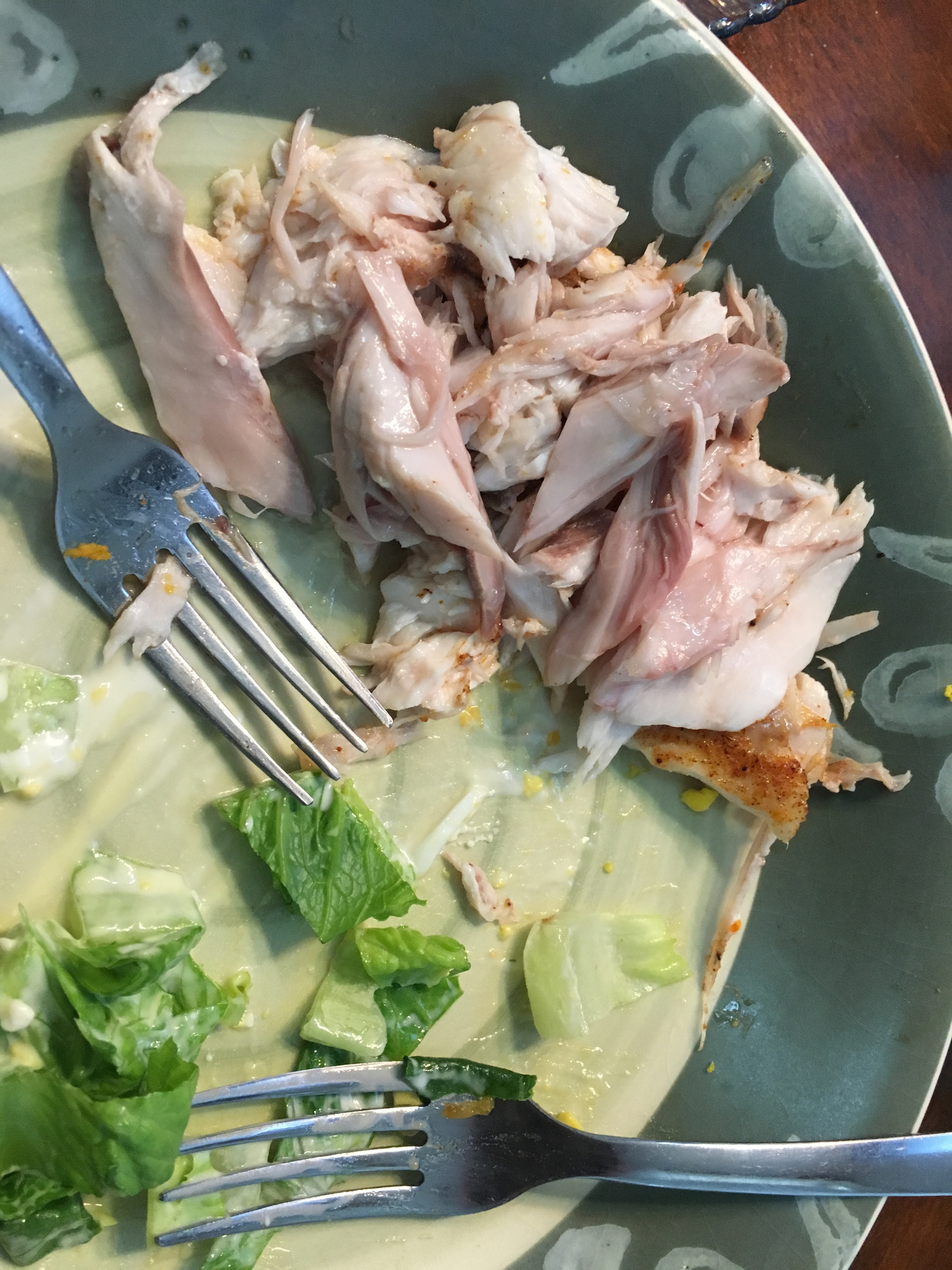 I was half done with it before I took pics of how it'll "pick".....it's alot like picking the meat from a big ol dungenese crab, as the meat comes out in nice big boneless chunks !!  And I'm serious, I was full when i got finished, .....

As far as the heads are concerned, the backbones and the heads were given to an Indian neighbor of mine for soups and stew....basically the only thing wasted was some roe, and a few guts !!

So Mr Ben is right.....you don't know what you're missing by not saving the throats and heads of the big fish.....grouper, snapper , big mangos, muttons, big sheepsheads, and even the big triggers have a giant piece of throat meat !!
4 · Share on TwitterShare on Facebook