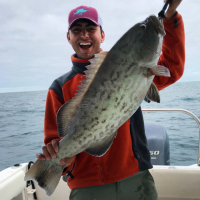 TheNSBkid Boca RatonPosts: 70 Deckhand
July 2020 in Boating #1
dear scout owners, id like to know your opinions on your boats! I have a 2017 275 lxf and I ******* HATE it! every time I take it offshore something breaks down on it. last two times I've gone out the steering failed on me right at the inlet had to drive it in only using the throttles! Id like to know what yall have noticed for the quality, the ride, mess-ups in designs, and whatnot. thanks!
0 · Share on TwitterShare on Facebook