Because the beaches are still closed off due to the CoronaVirus, Frankie and I launched from my dock.  Thankfully Frankie has a motor on his kayak and was willing to tow me in and out of the inlet, which is otherwise a very tiring haul by peddling.

We cleared the inlet by 5:30 am to flat calm conditions.  The bait fishing was slow, 3 goggle eyes for 45 minutes of trying.  I then started pedaling out deeper to the fishing grounds.  Frankie has more speed with the motor, thus he could afford to spend more time in shallow hunting for bait.  On Frankie's way troll out from the beach, he caught a nice Mahi on a plastic minnow type lure. 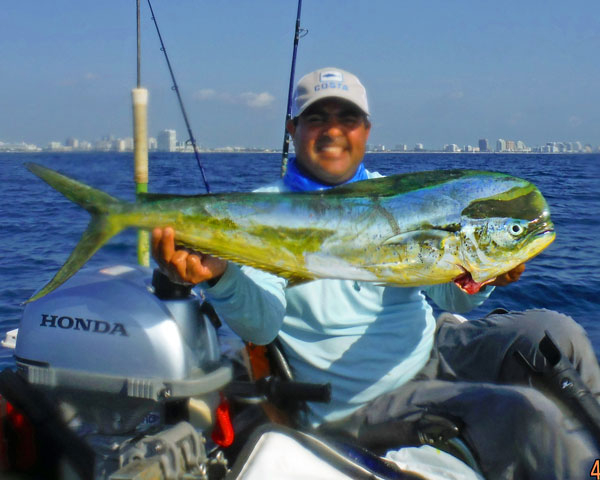 When I reached 120ft, I put out my first live bait and was almost instantly rewarded with a King Mackerel that I released. 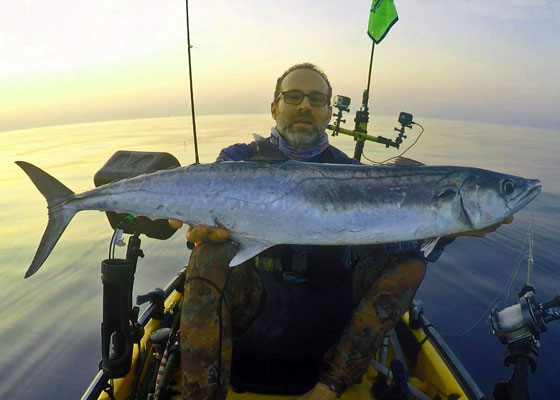 Since the first bait was consumed quickly by a king, and I was not targeting kings, I held off until I reached 180ft to deploy my next bait.  In 190ft, I found a nice rip current -- looked very fishy.  Vertical jig action was steady, first a Little Tunny, Then a triggerfish, then a Blackfin Tuna, then my Personal Best vertical jig King Mackerel. 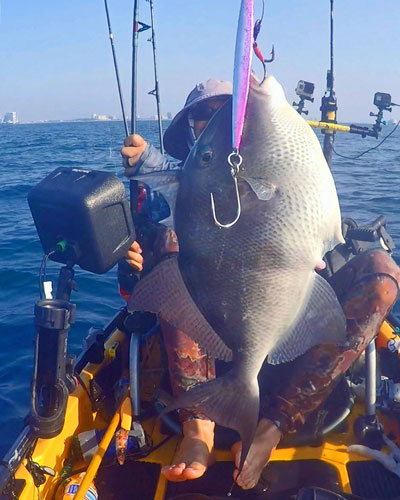 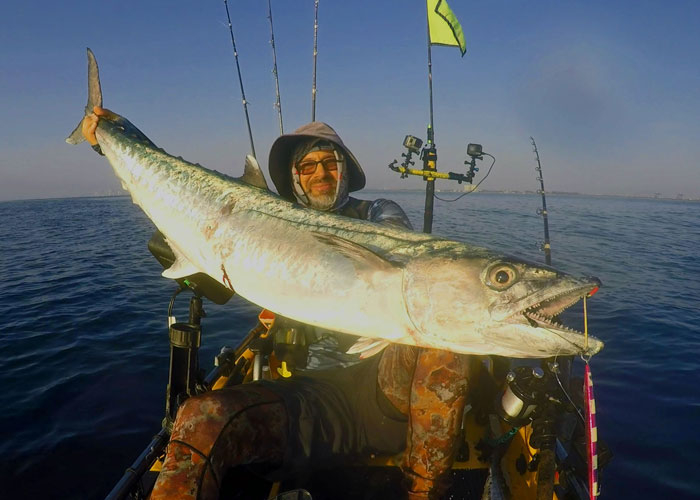 While I was preparing another nice Blackfin for the fish bag, 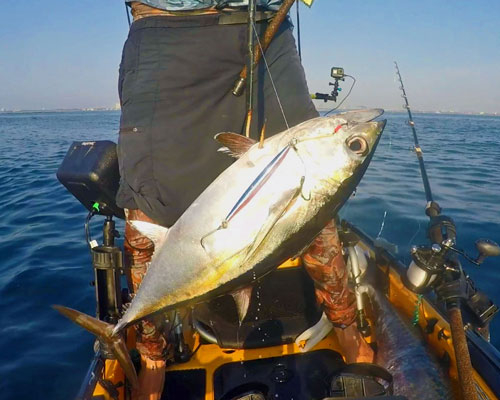 My last flatline live bait reel started screaming.  The line was peeling off fast and I could tell by the rod motions that it was no shark.

It felt big and was fighting just like a big Wahoo.  My adrenaline was pumping and I was pretty stoked with anticipation as to what I might have?    Thirty minutes later, at deep color, there were no stripes

Instead it was a huge King Mackerel. 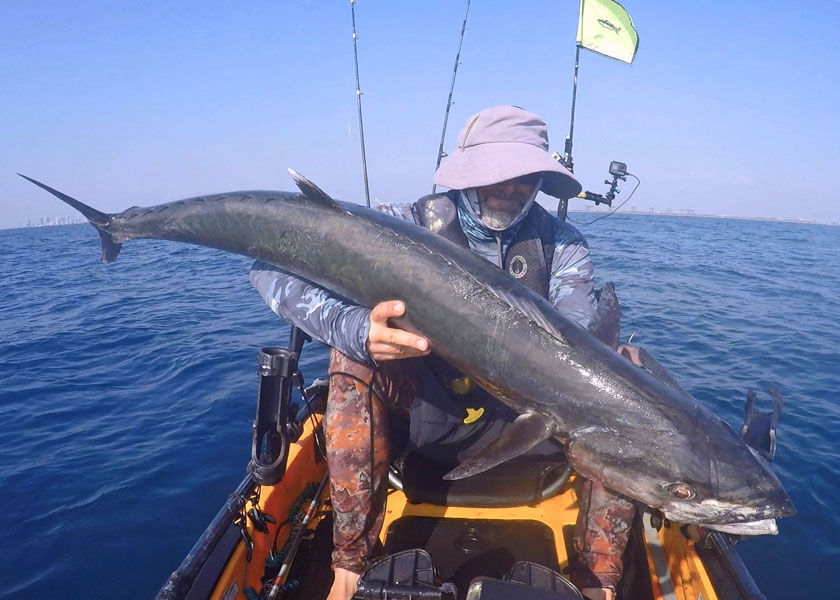 Right after I landed the King, Frankie connected with a large grouper on his slow-pitch outfit.

He managed to fight it on and off the bottom for a while before the grouper broke him off. 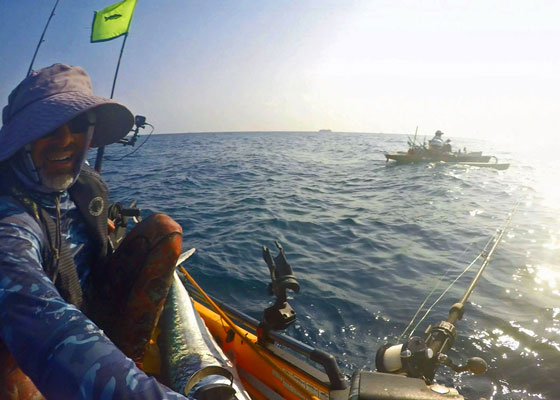 At 9 am the fish stopped biting.  We could see them on the fishfinder, but they had lockjaw.

We kept jigging the area until noon when the wind picked up and we headed for the inlet. 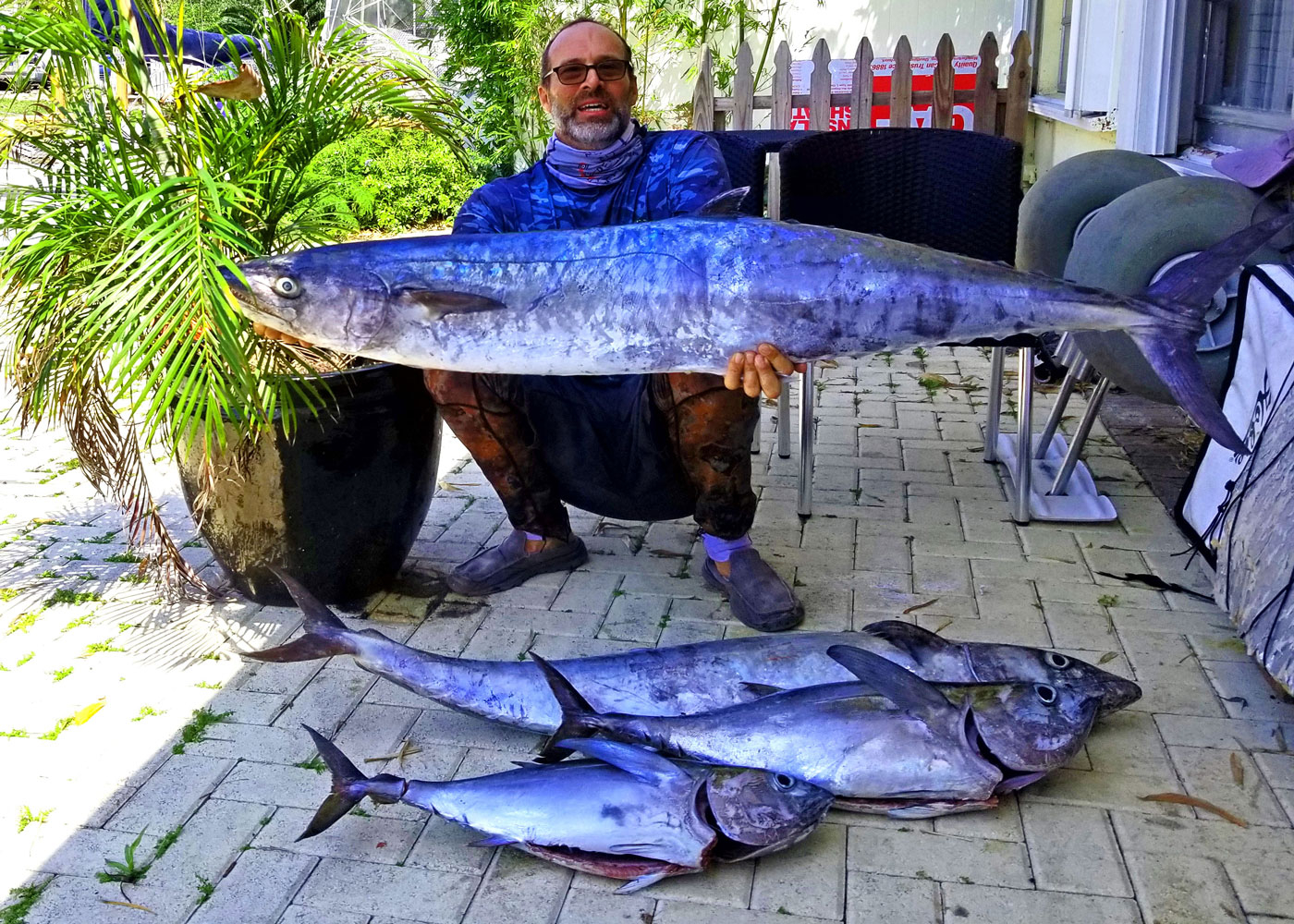 I weighed the King Mackerel at Atlantic Bait and Tackle.  The larger one weighed 42lbs and the smaller 29lbs for a total of 71lbs making it my Personal Best local limit of King Mackerel.  Historically the big Kings migrate through right now, and this year is no different than previous.  The kings were used to make fish dip, and I seared the tuna. 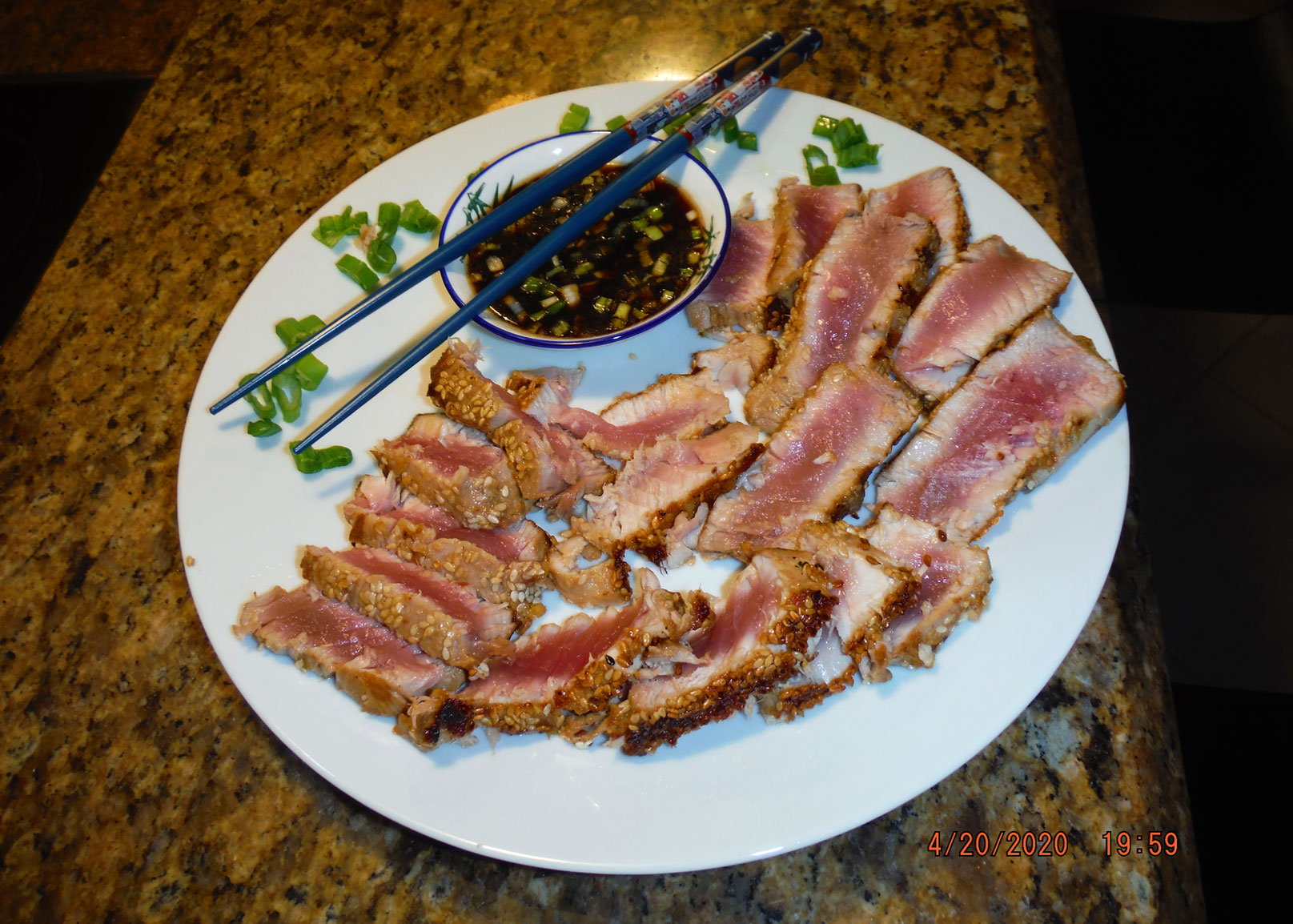