catchemup Posts: 455 Deckhand
March 2020 edited March 2020 in South General Fishing & The Outdoors #1
Fished with two anglers this past Thurs. Beautiful day with one ft seas but lite changing winds. Sometimes we drifted due south, then north, then inshore…made setting up for the drift a little more work than normal. Loaded up with live bait from Capt Pedro at Govt Cut. Because of the full moon he was not able to get live gogs so we fished thread fins and small pilchards. Fished dead split tail gogs on bottom, and small live pilchards and herring on top . The VHF told a sad tale of virtually no action for anyone….and most of the traffic blamed the aftermath of the full moon. As we know the full moon turns off daytime feeding for many species and turns on others particularly at nite. We fished both areas of wrecks south of Government Cut to just north of Fowey light. While our fishing was far from hot…by comparison to most we wound up satisfied. One angler got three nice bonitas on lite spinning gear so you know he had some good fights [kept one for bait]. Then we got two keeper muttons one of which was a 7-8 pounder. We bent the rods on some other fish that we did not land. We had 5 or 6 king cutoffs despite using #4 wire traces..we brought no kings to the boat. We did manage to loose one big king on the only one live gog that we had. Judging by the way he ran off 20# line I’d estimate the fish in the 20# to 30# class. We also managed to loose two quality bottom fish as one became “unbuttoned” and a bigger bottom fish was taken by a shark. That was a tough loss as before he was lost he put up a stronger fight and pulled harder than the bigger mutton that we landed. We also had some typical bottom trash fish. Bottom line…we made the best of a tough day. 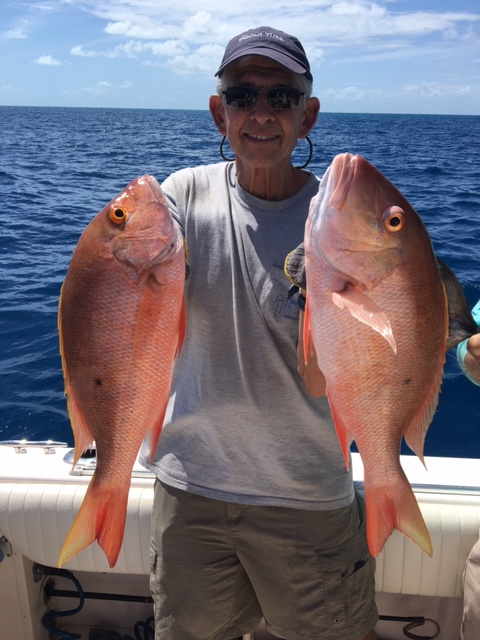