Capt Dan Medina Posts: 799 Officer
January 14 in Southwest General Fishing & The Outdoors #1
The ending to 2019 was pretty awesome.  Had a bunch of great trips and stud fish caught. The wreck fishing was on fire for edibles, and hopefully wont slow down anytime soon.

A couple trips and reports to note:

12/26/2019
Weather forecast said it was going to be bumpy, but with only 1 available day to get out, off we went! Pushed out to 100 ft and worked the area. We were rewarded with some nice, fat red grouper for the box. Quite a few really nice lanes were caught and ultimately released due to the federal closure for the remainder of 2019.
Seas were 2-3 with steady wind, laying down to less than 2 feet once inside 20 miles. Made for a great ride back. 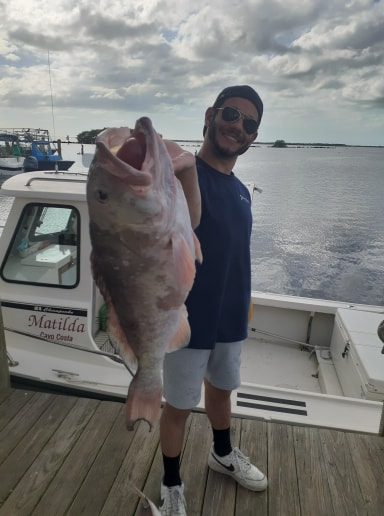 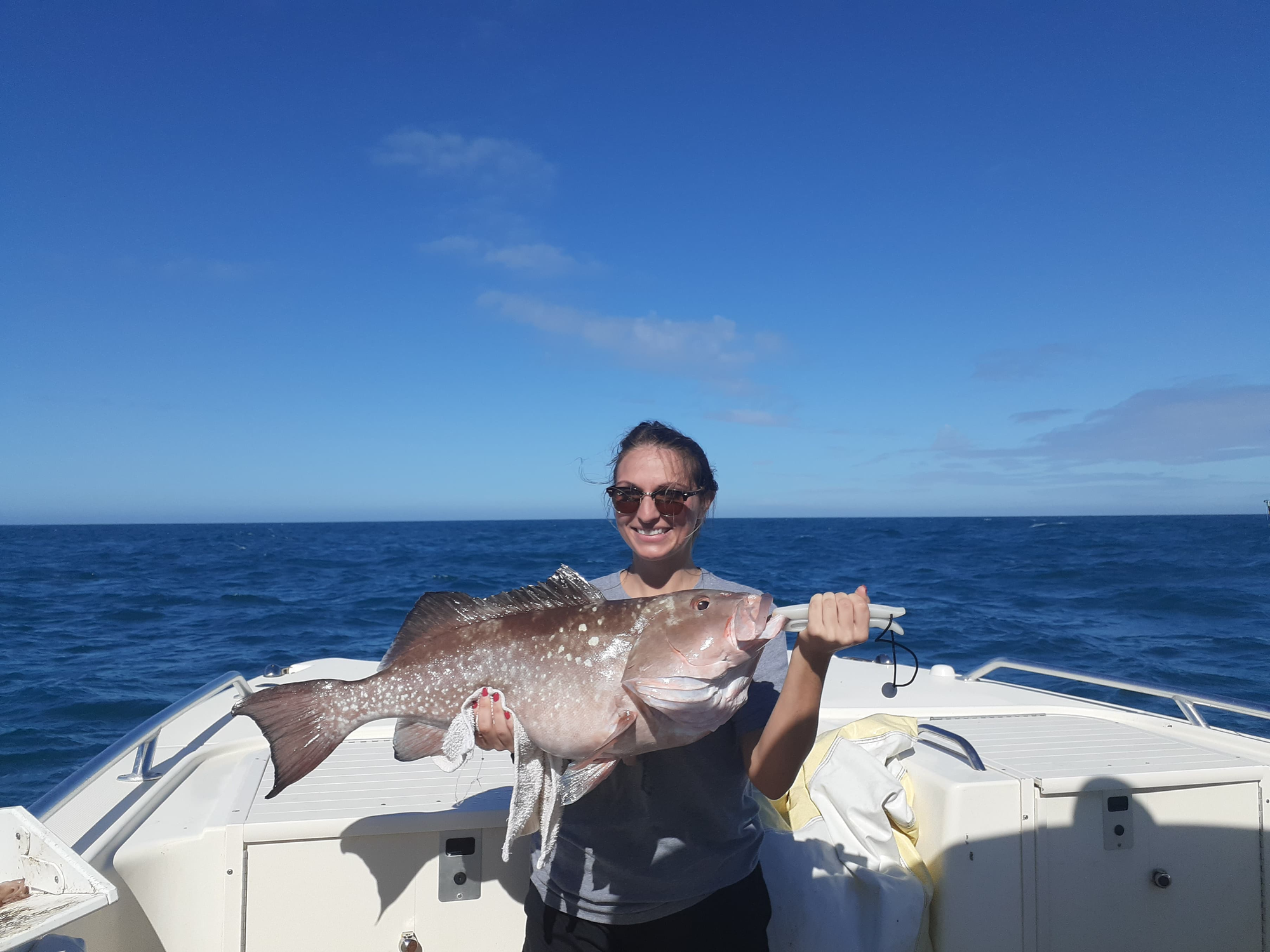 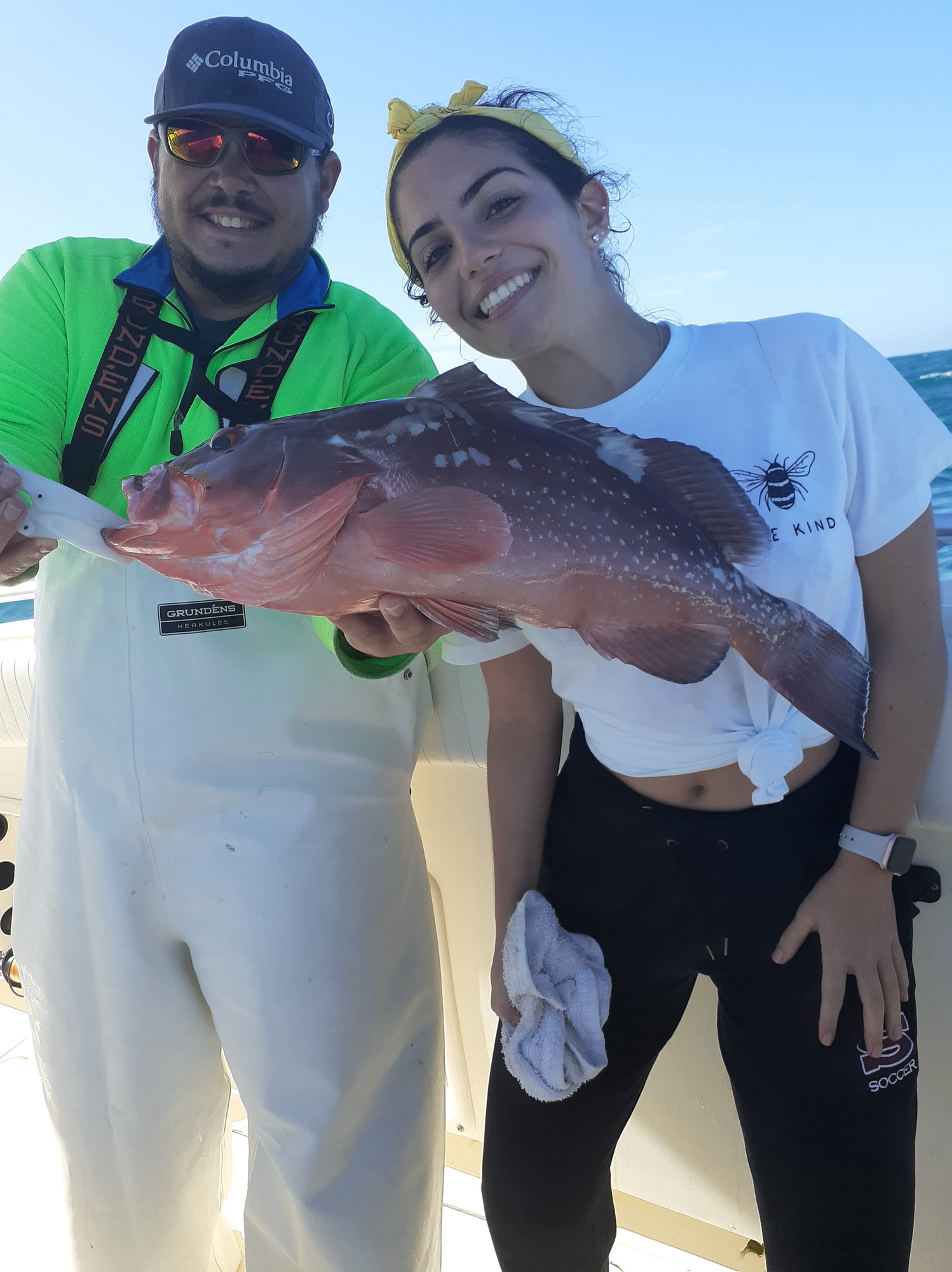 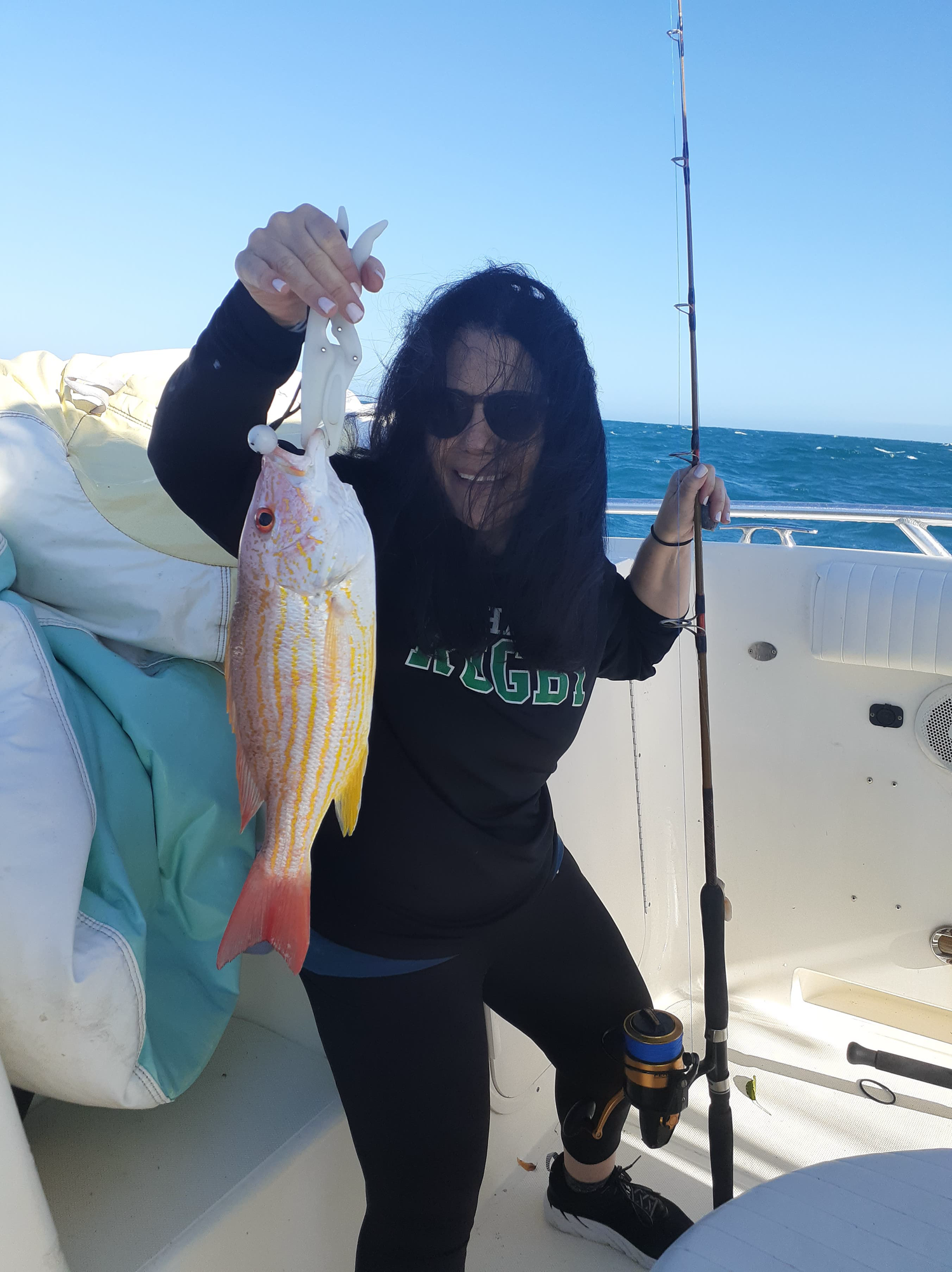 12/27/19
What a day...
This trip was a rescheduled trip that was almost cancelled due to weather forecasts.. glad we used our better judgements!
Pushed off pineland marina at 720.
Captain Michael Warner flagged me down on the way out and hooked us up with a couple dozen live pins for our trip. Appreciate it bud!
Out thru captiva pass and put to 100 ft zone. We had a great show and were handsomely rewarded with some stud red groupers.
Moved around and worked hard thru the day. Late afternoon, after a few heartbreaking break offs, we finished off our 5 man limit of red grouper.
With time running out on our day, but Still having the livewell full of pins so decided to make a 6 mile run out to a wreck to see what if we could muster a couple fish up.
Wreck was lively down below. Dripped tge pins and almost everyone got crushed. Had a giant cuda eat the flatline, and after a good 10 minute fight, it finally found the mono leader and broke off.
Circled back and dropped, scoring a legal gag grouper. Couple more big hits and breakoffs.
Last drift, couple hits and pull offs, followed by one that stayed glued. Worked it up and turned out to be a nice cobia. Chinese fire drill, and ultimately landed.
Fantastic day on the water with some great people. Look forward to having you guys out again in the future. 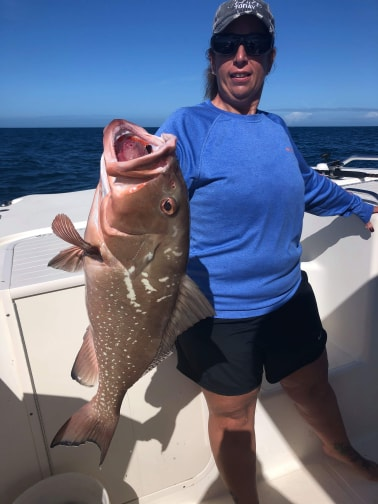 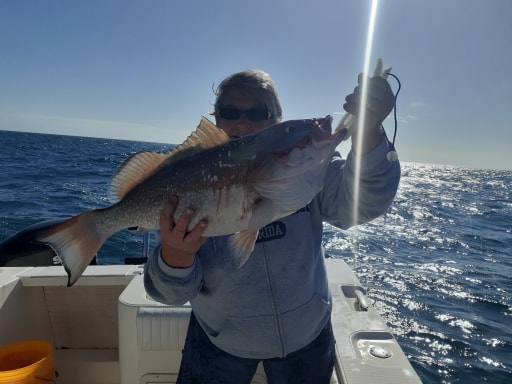 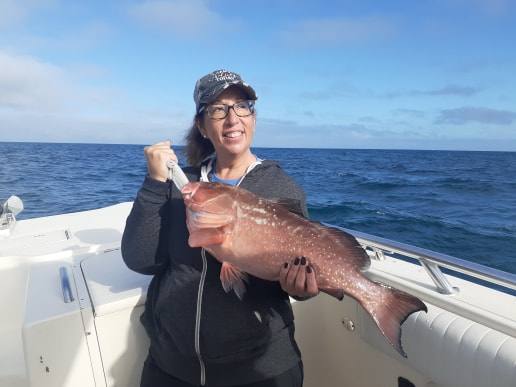 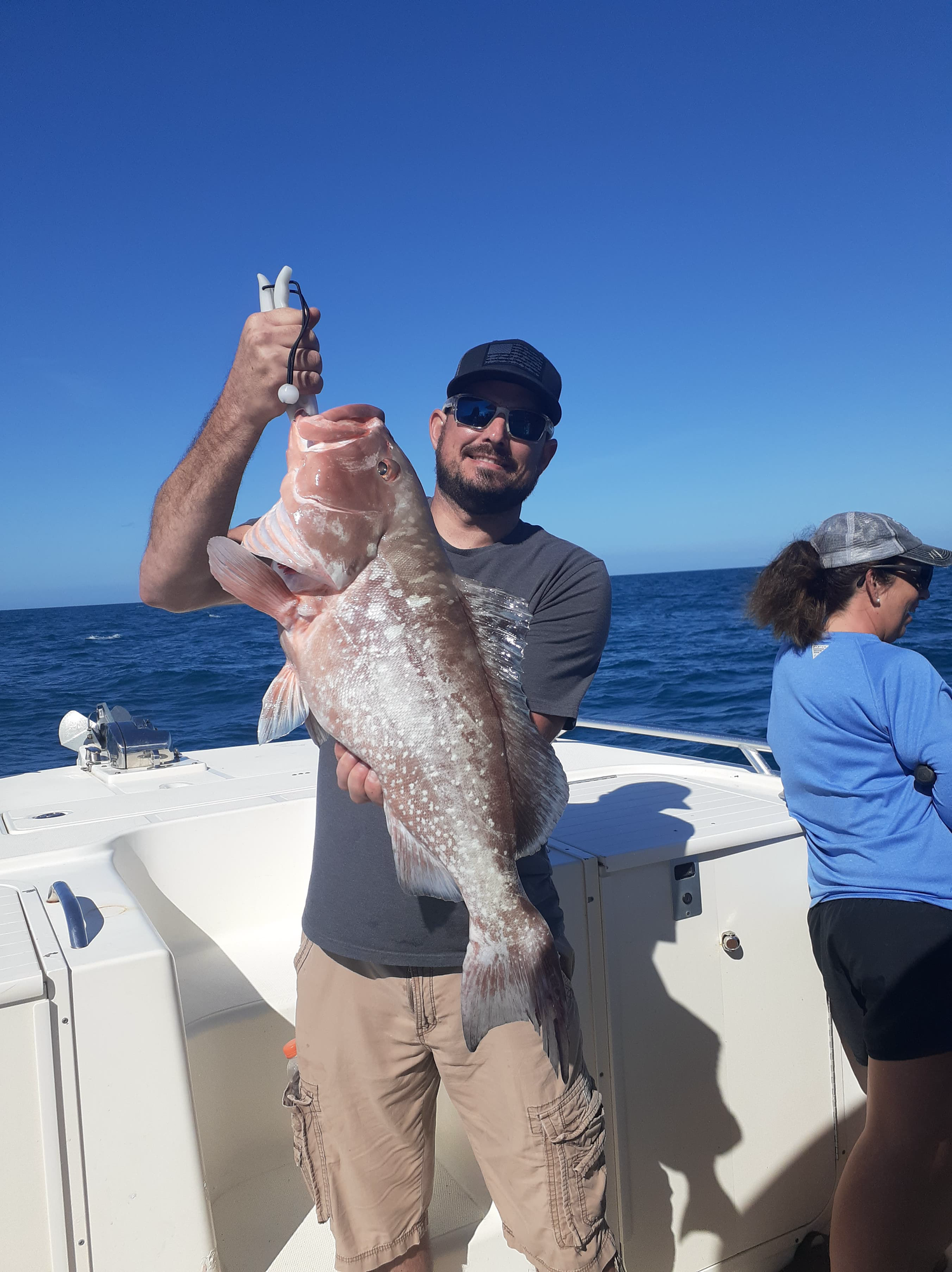 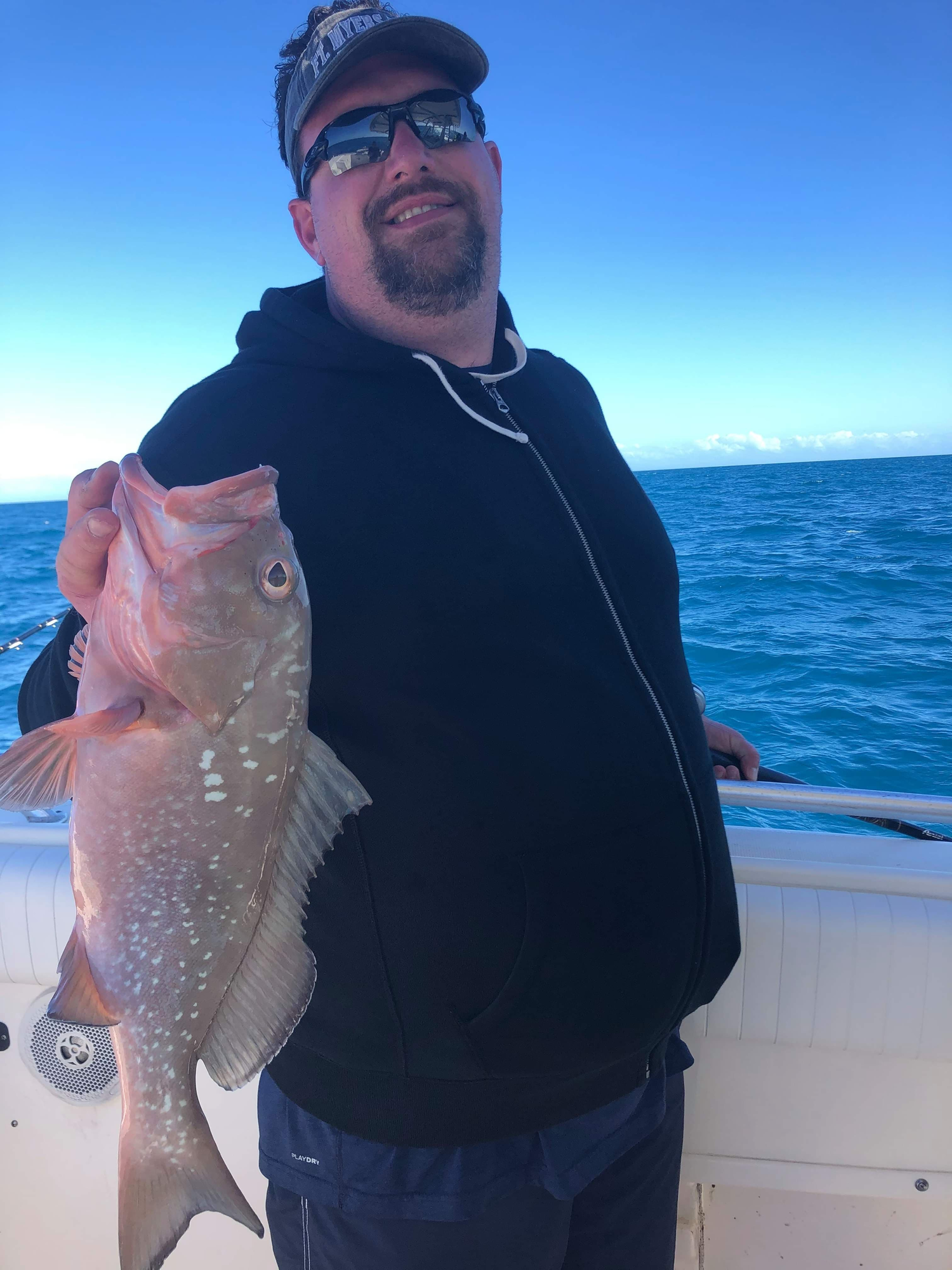 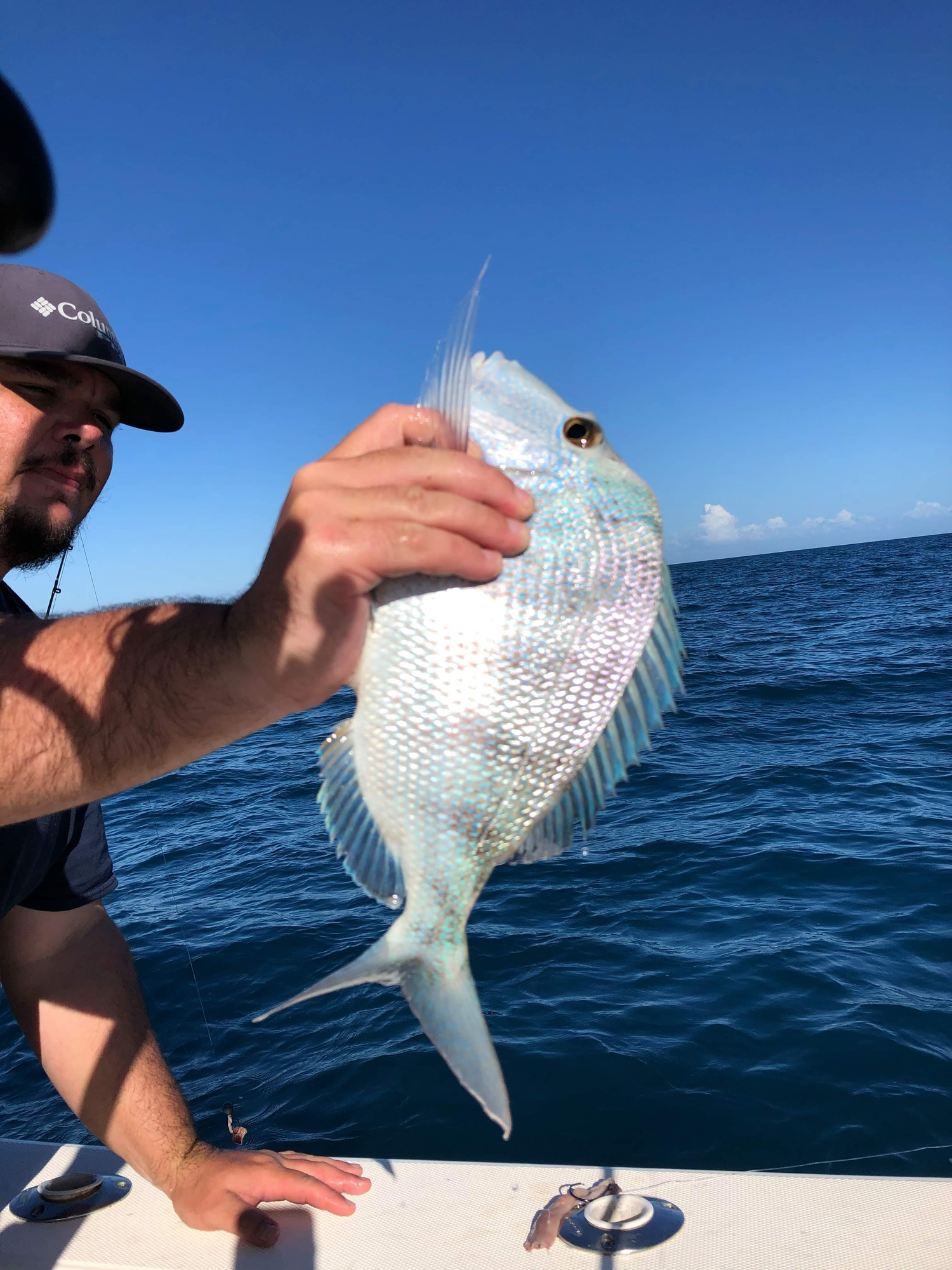 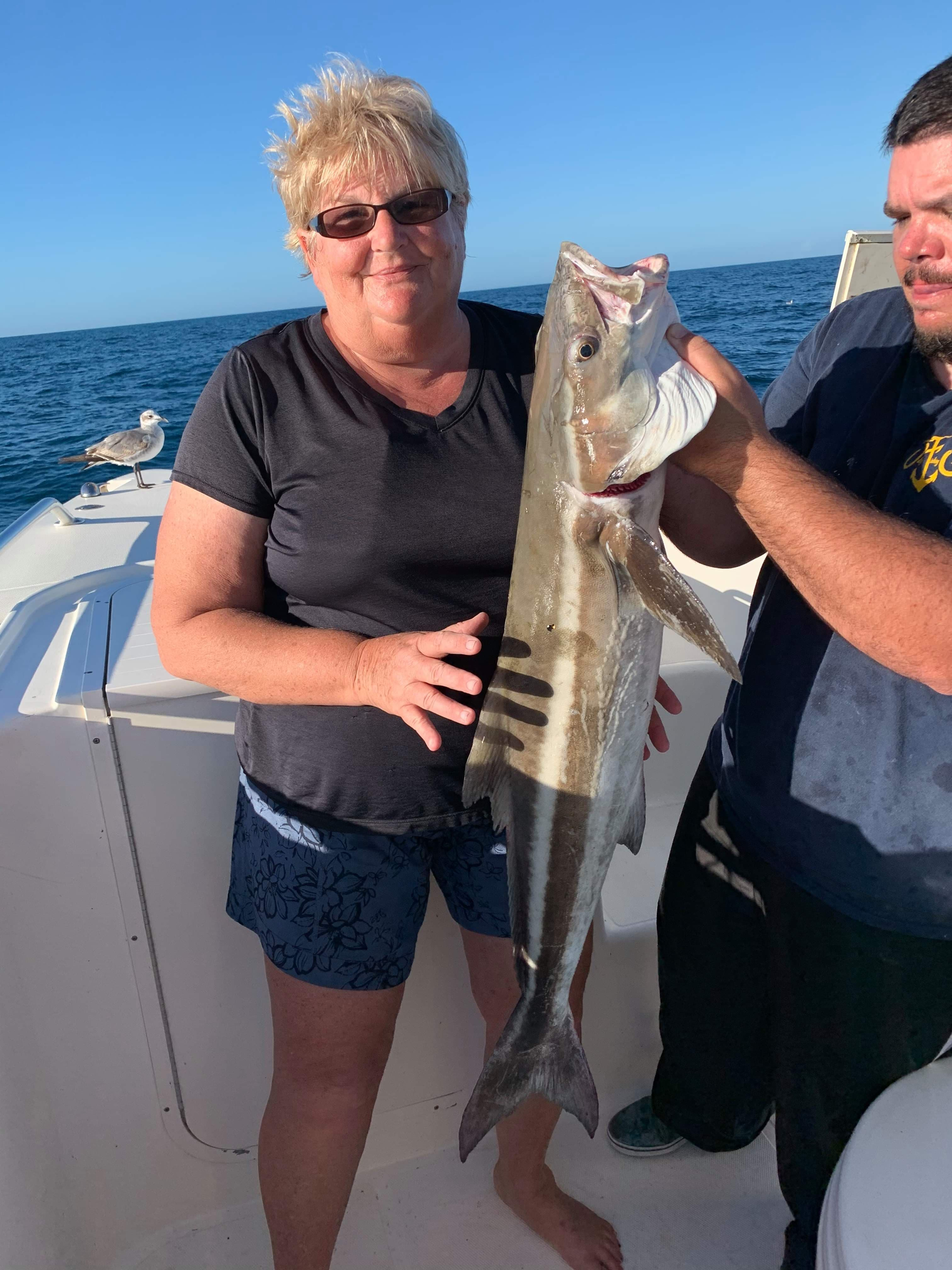 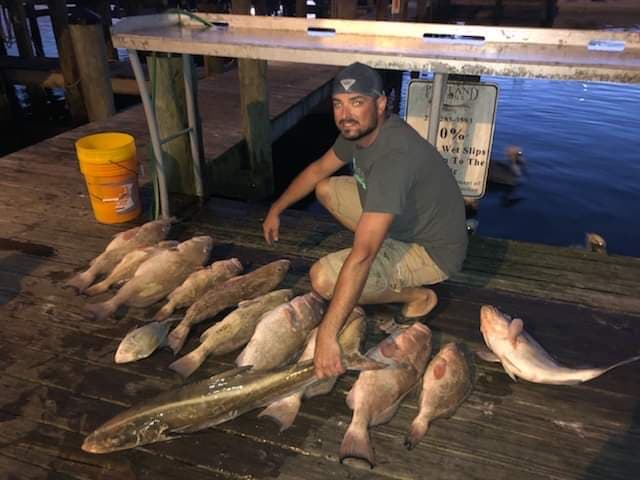 12/28/2019
Another great day out on the water! Whole family had a blast and will have lots of fresh fish for dinner! 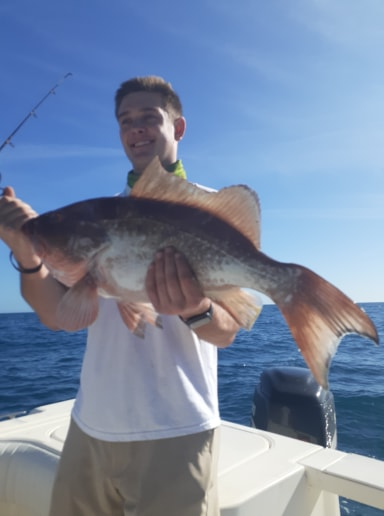 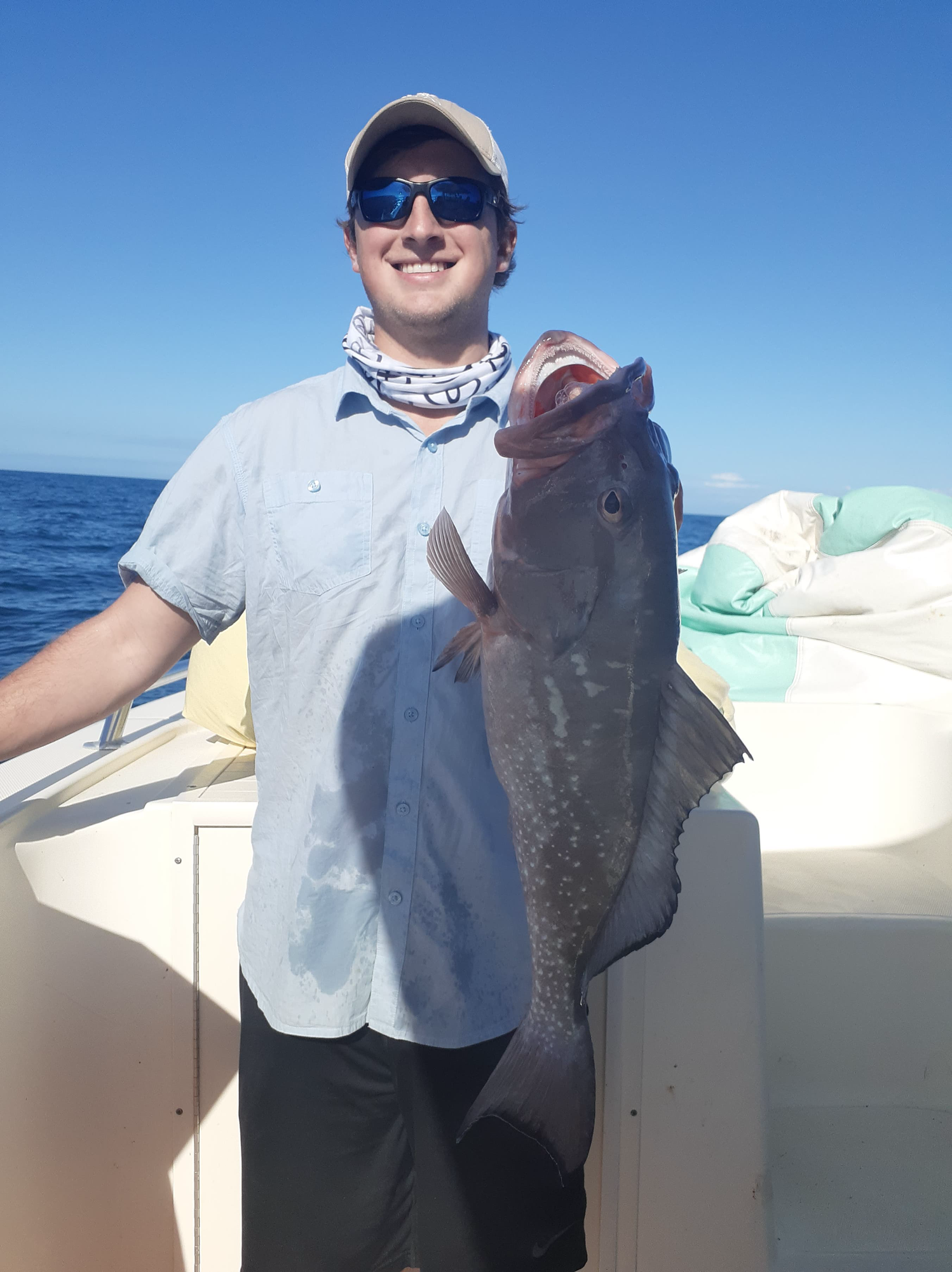 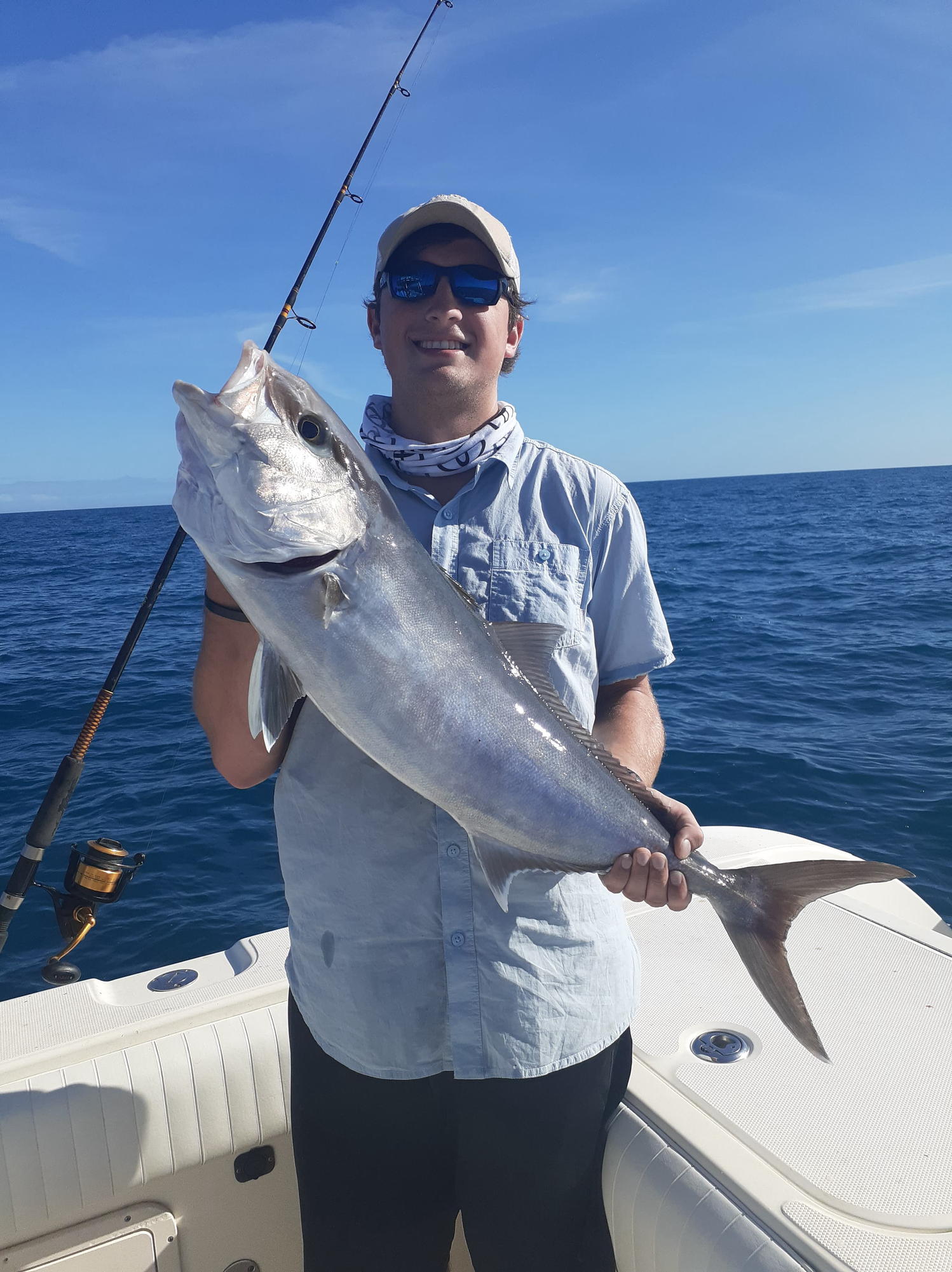 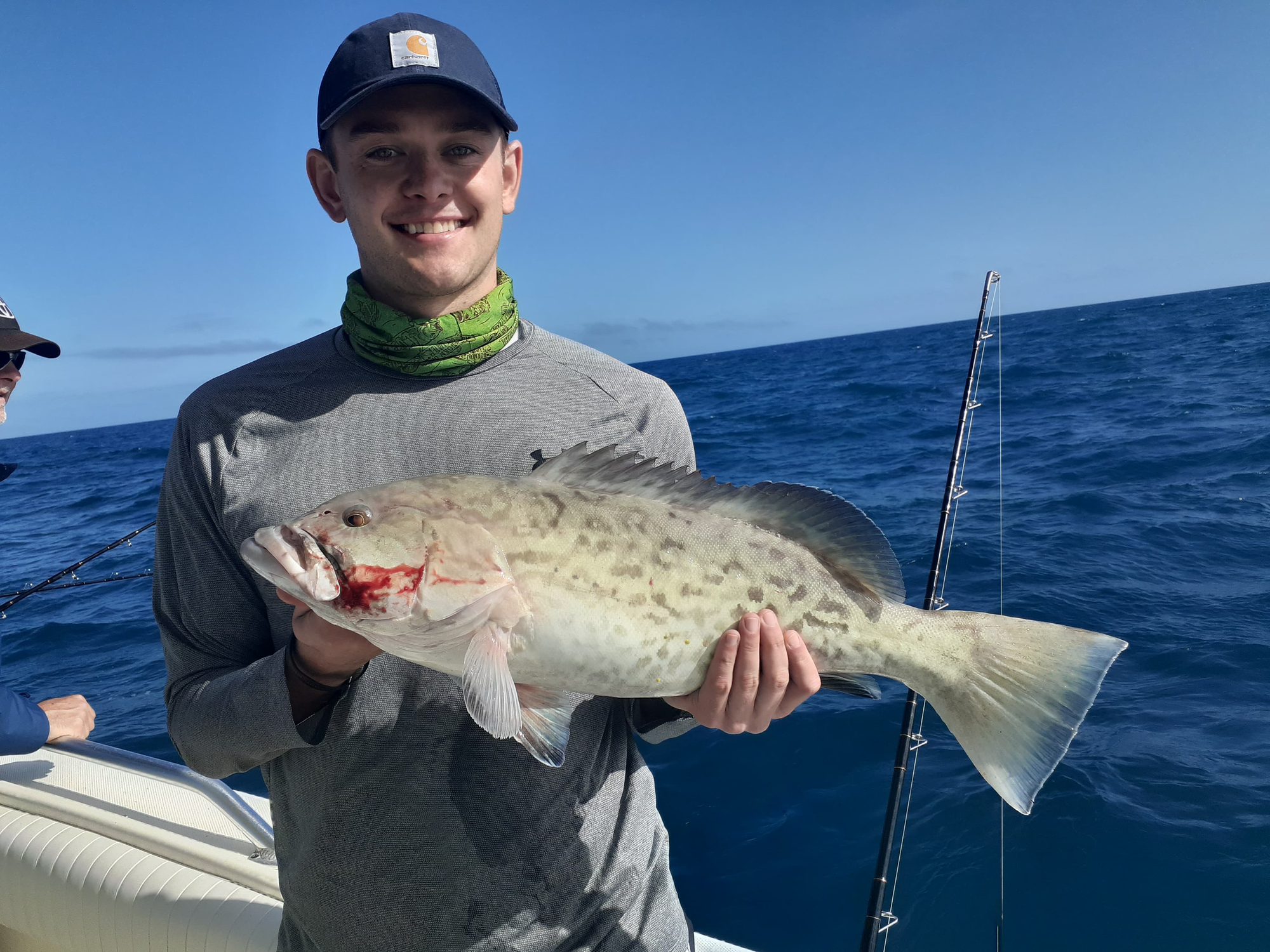 12/30/2019
Another great day of fishing in the books.
Pushed off pineland around 715. Stopped and threw the cast net for some pins and white bait.
Pushed out to 105 ft and dropped on down. Lots of nice vermillion snappers and a ton of throwback, stud lane snappers. A bunch of giant hits that got the best of us. Landed a few short gag groupers. Had a nice amberjack join us for the party which was released.
Made a run out to a wreck and spent some time chumming.  Dropped down big baits on the bent butt and scored a 10 ft bull shark and a goliath grouper.
Landed a giant porgy off the bottom. A big barracuda hit the flat line and made some epic runs.
Started freelining baits in the chum slick and started picking off some nice yellowtail snappers. We probably lost double the amount of tails due to sharks, amberjack and cudas.
Bill makes a comment how he hasn't gotten anything on his free line, and seconds later he comes tight to something ripping off drag.  Fights it up and turns out to be a nice cobia for the box.
Fun day with lots of laughs and a great variety of different species. 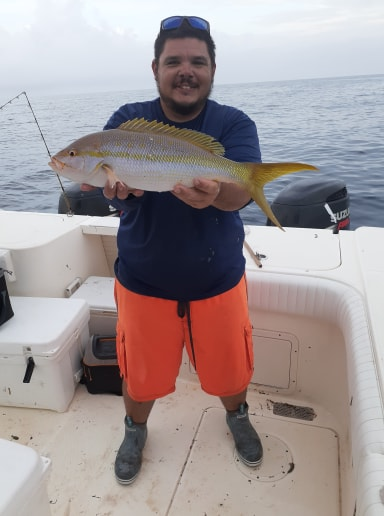 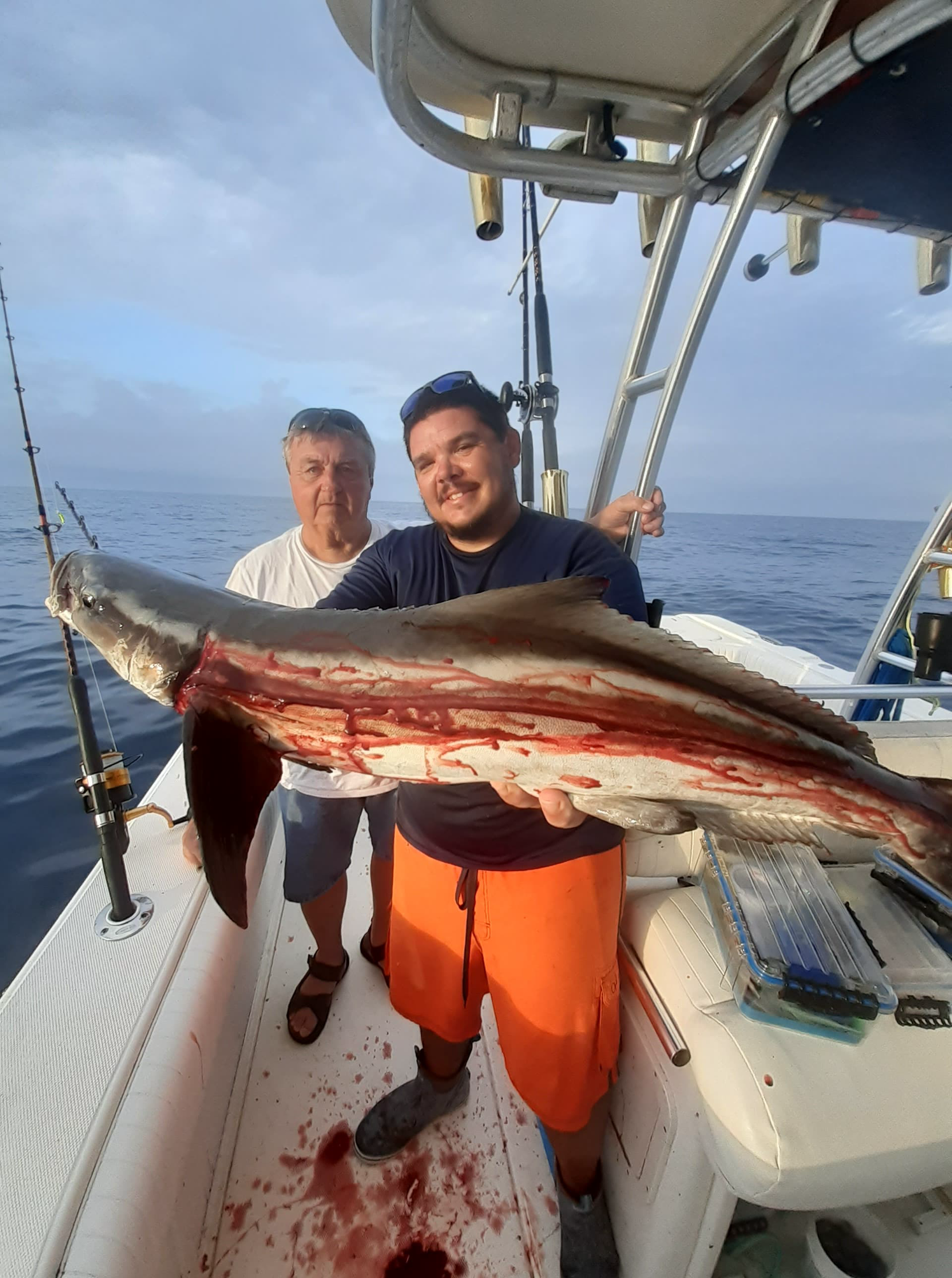 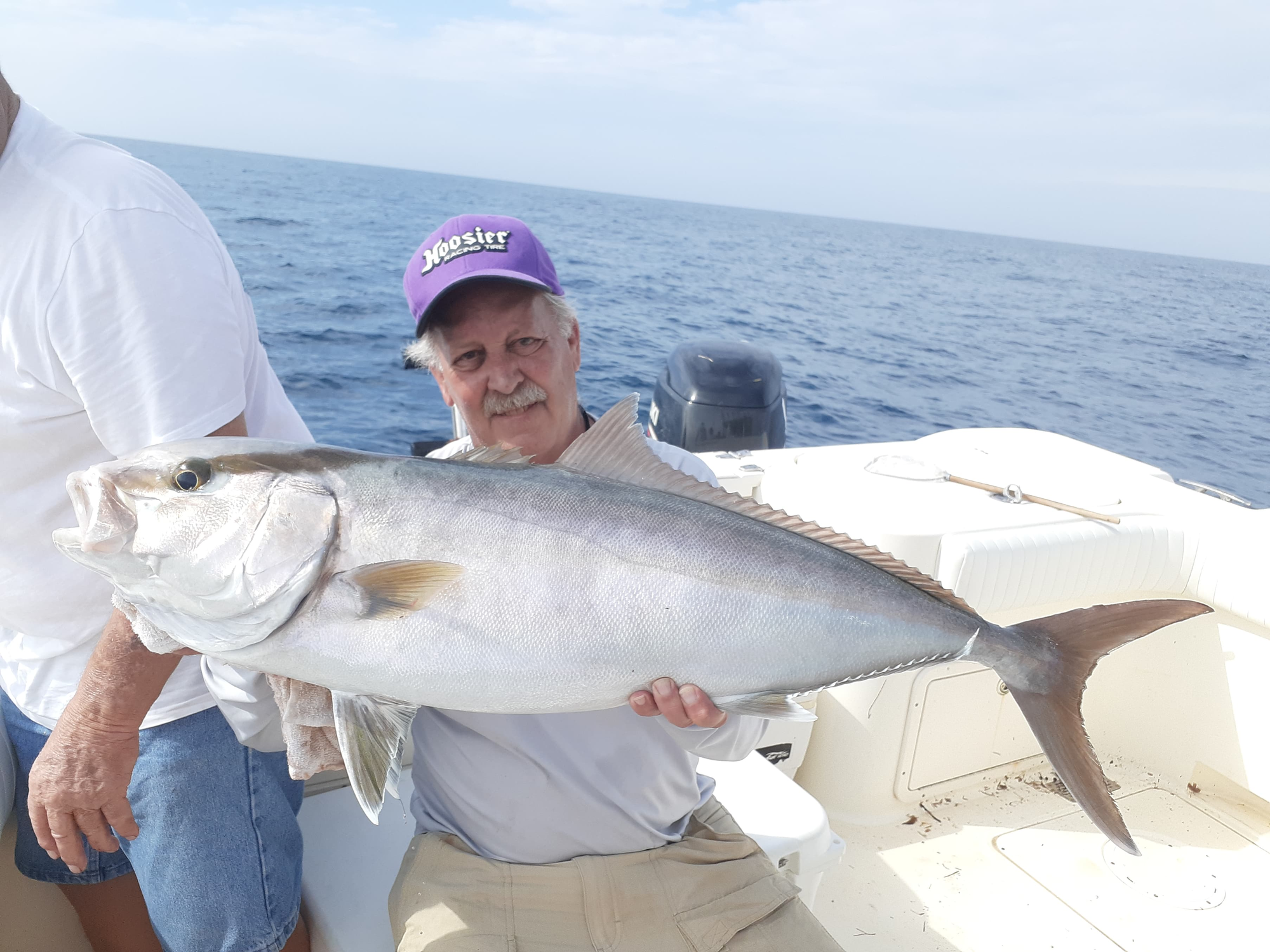 1/1/2020
Happy new year!
Started off the year pushing off pineland at 7am. Had the Allan family out ( mom, dad, son)...
Made the run out to 100 ft and began working the area for some fish.  We quickly put 2 red grouper in the boat.  Shifted gears towards the vermilion and lane bite, and tore them up. Mixed in we picked off some gag grouper that would have made the box if we were still in december 2019.
After loading a couple 5 gallon buckets with snapper, we shifted our focus back to try and pick up a couple more red grouper for the box.
We were successful on doing so. Our two biggest grouper came on the last 2 drifts. Had a couple big ones get the best of is here as well, but they'll be waiting for us.
Fun group who left with noodle arms. Look forward to having you guys out again! 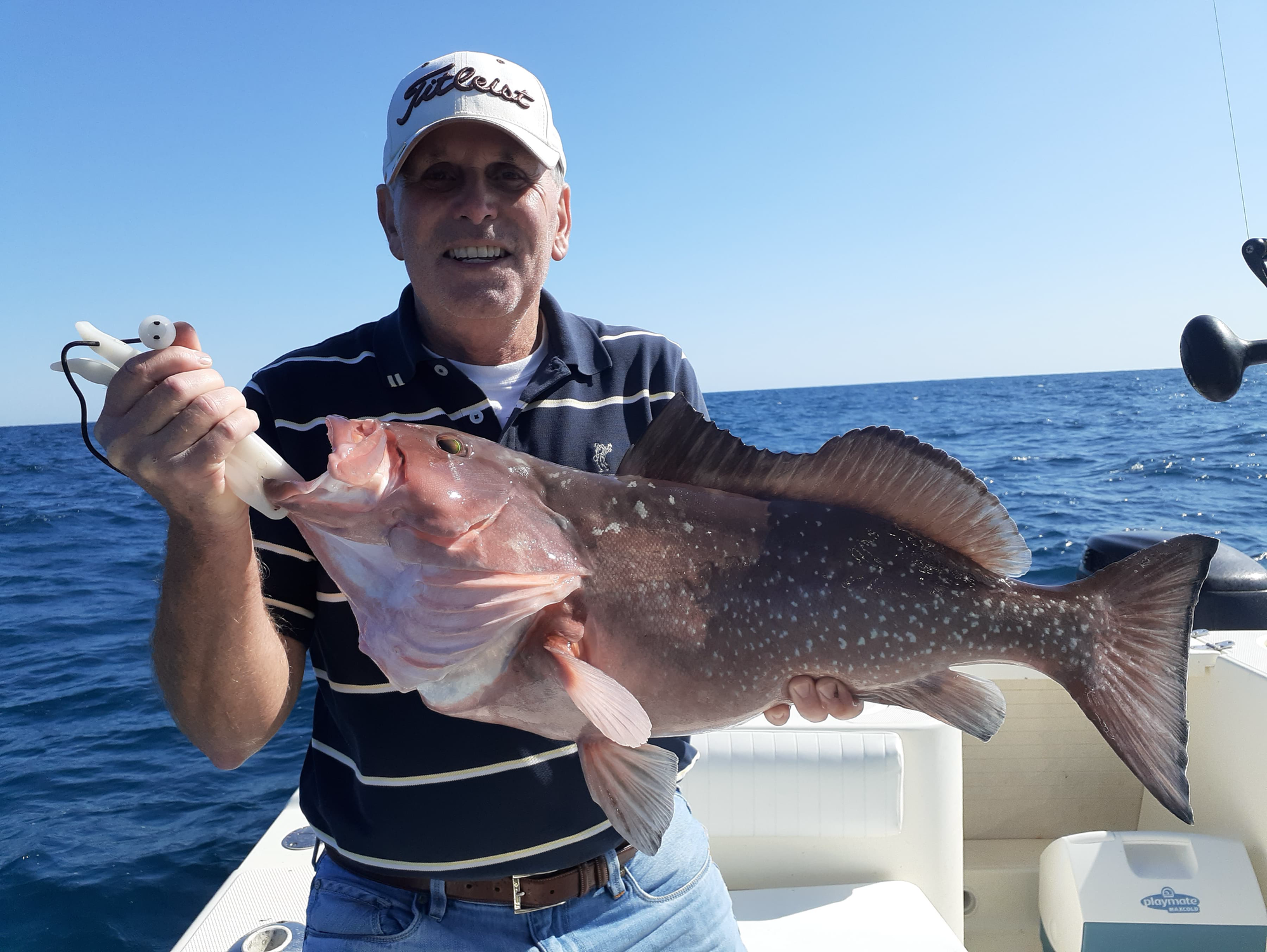 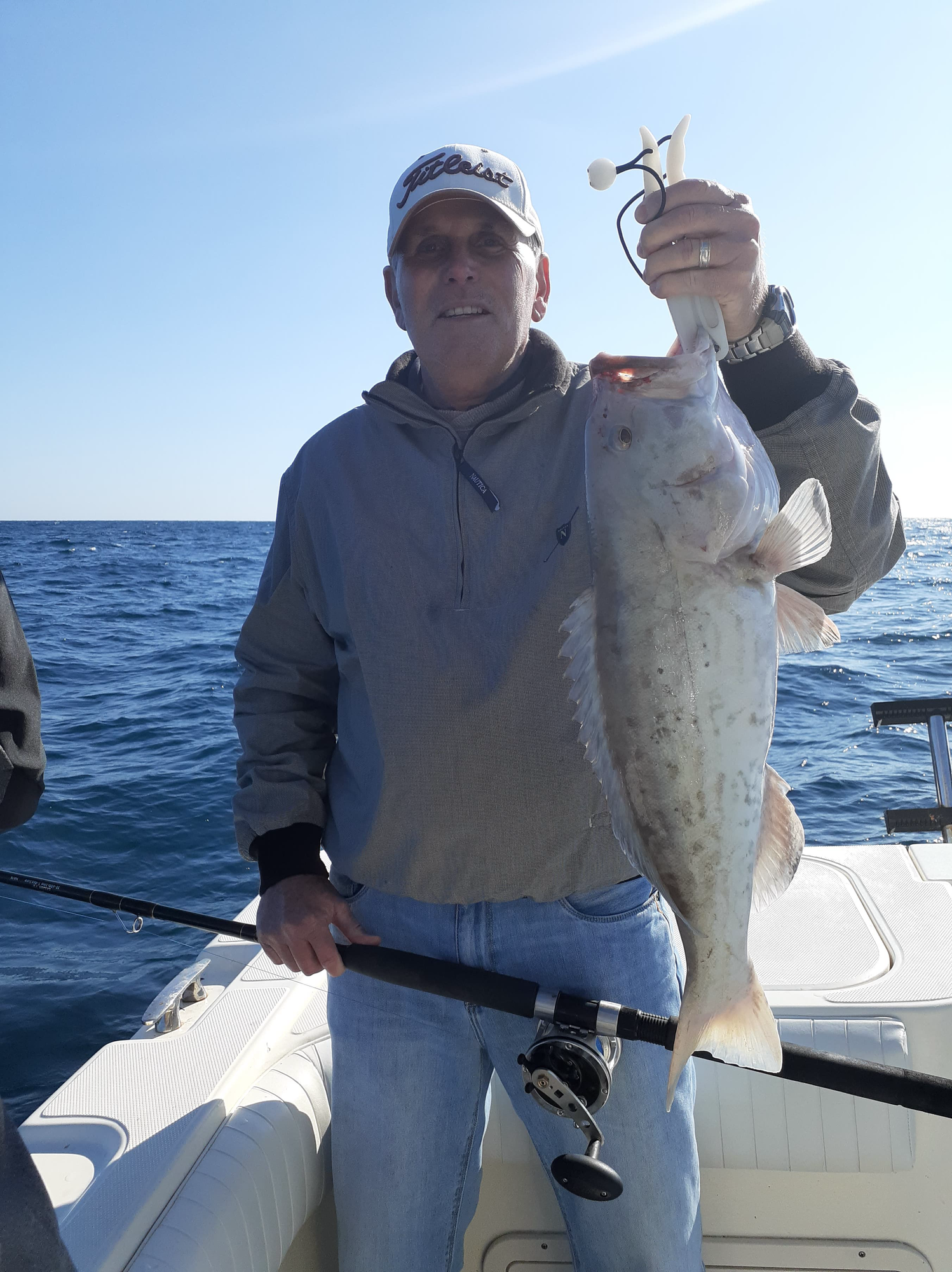 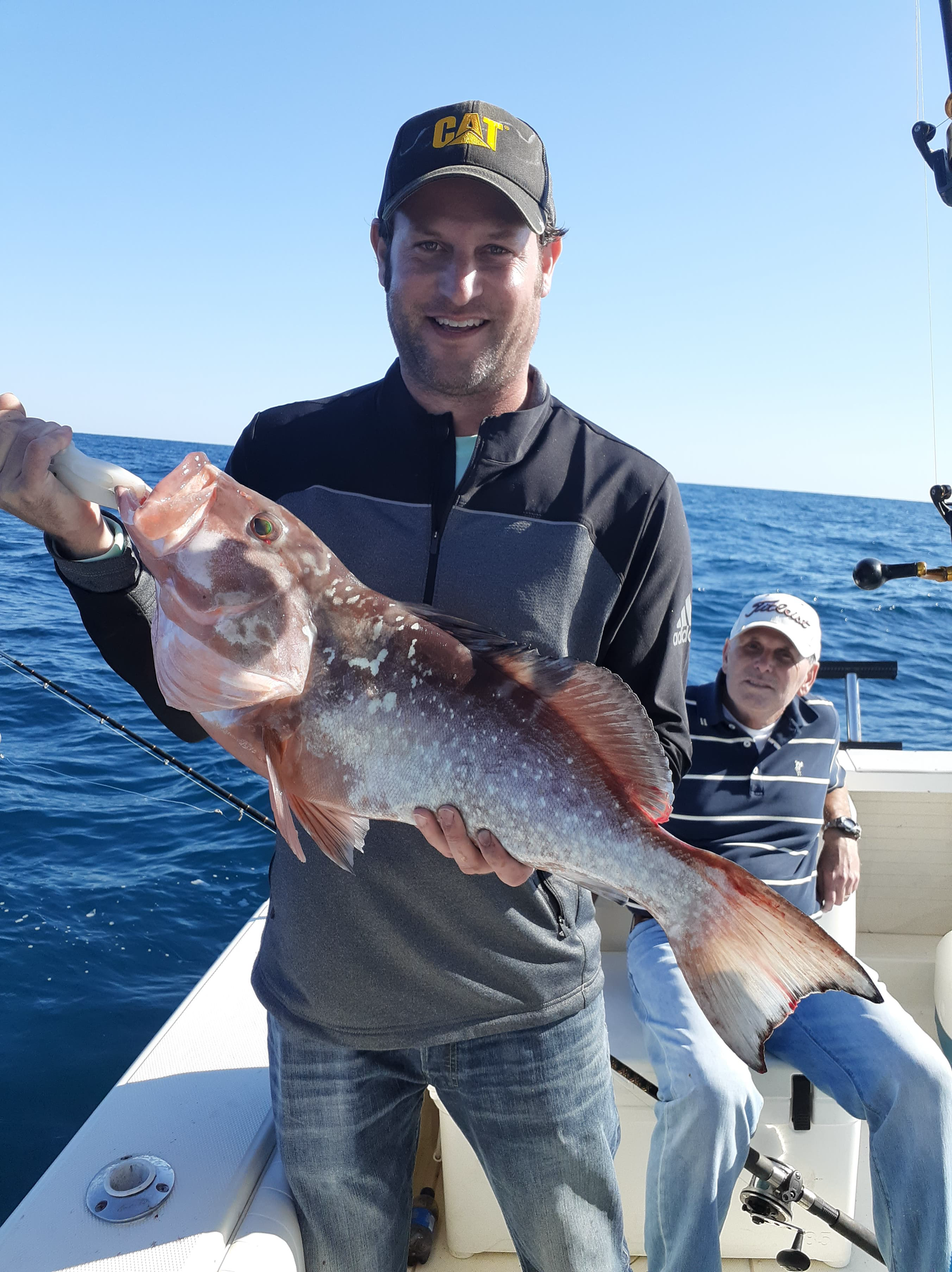