Spent a few days at the renamed Bimini Cove [formerly Bimini Sands] which is now under new ownership and management. There was evidence of an aggressive program under way to improve the property but there is still a long way to go.

It was both a successful and a failed trip at the same time. We had two target species…wahoo and yellowtail. On paper we went over at the best possible time for wahoo…Nov, full moon, fishing the changing tides. But the local wahoo fishing was a bust. We fished hard each day speed trolling at 12-13 mph and dragging 3 lures; a cowbell, a Hawaiian eye w/ skirt, and a bonita plug. We used trolling leads of 8, 16, and 24 ounces.  We did manage to hook one big “hoo” but wound up loosing the fish when he charged the boat. Below are pics of the wake we threw when trolling and the result of another wahoo bite on the bonita plug. As you can see he bit thru the ultra hard acrylic material…clearly it was more than a nibble. BTW…some huge center consoles with three and four engines ran 60-80 miles south where there was a hot wahoo bite and came back with nice catches. Fish averaged 30# and the big ones only about 50#s. The really big wahoo in the 100# class are caught on the other side of the bank and at the southern end.

On the winning side was our yellowtail fishing. We ran 23 miles south and anchored up in 60 ft. Both days we  fished just 2 - 2 1/2 hrs in total for the tails using the before and after time for wahoo trolling. In these small windows of fishing time two anglers got 64 tails one day and 70 the other. All were legal size by US standards but were just average or a little below by Bahama's standard…although the few chunky 2+ pounders were welcome. In edition to the fish brought back ,1-2 dozen small yellowtail were also released each day. As you can see  in the short time actually spent fishing the pace was frenetic. One of the anglers also spent a little time fighting a couple of sharks intentionally  caught on 20# spin gear.

We did spend a little time deep dropping one day and got a mixed bag of yellow eye snapper, blackfin snapper, and a small blueline tilefish in 550’ - 850'. We  got one very nice yellow eye snapper that was in the 3-4 pound range..a real beauty for this diminutive species.

While there the weather was cooperative during our stay but the trip home on Sunday was an attention getter. We had 20mph+ winds from the NW which meant we would encounter big seas from the onset as the Bahama bank did not break up the rolling swells. We first encountered some swells that were 6’-8’ literally a mile or two offshore. Our helmsmen did a great job handling the seas by tacking and backing off the throttle in his 33 ft express cruiser when necessary. As we got closer to FL the seas obviously got kinder because of the westerly component.

All in all an enjoyable trip but the lack of wahoo was disappointing. 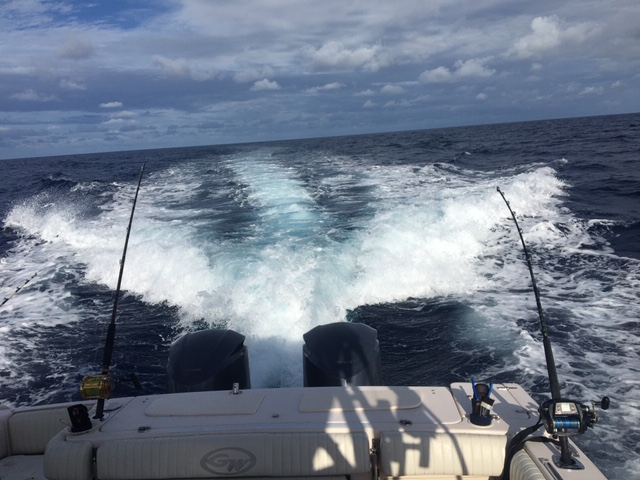 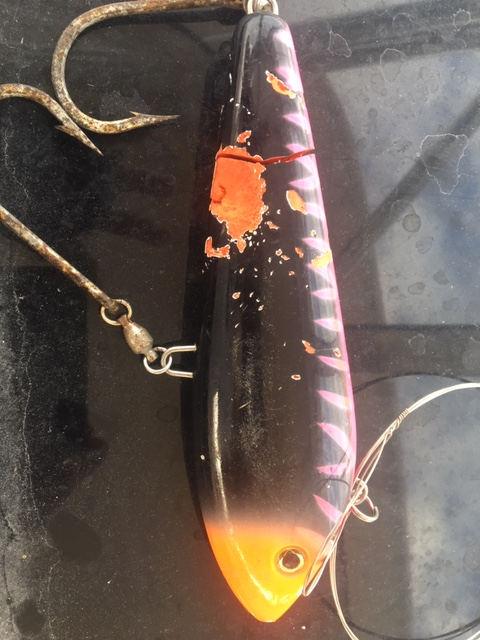 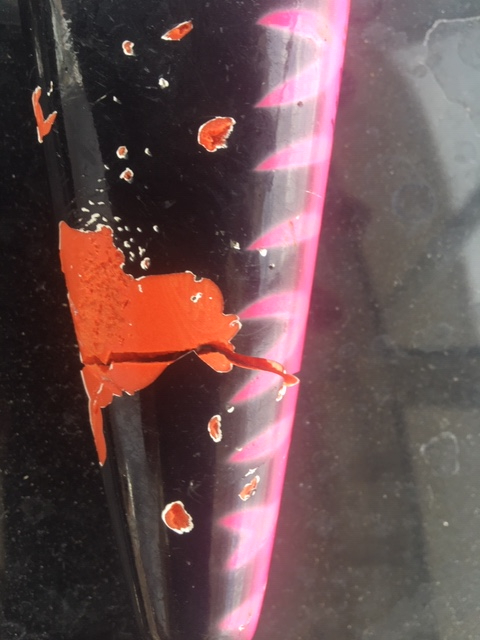 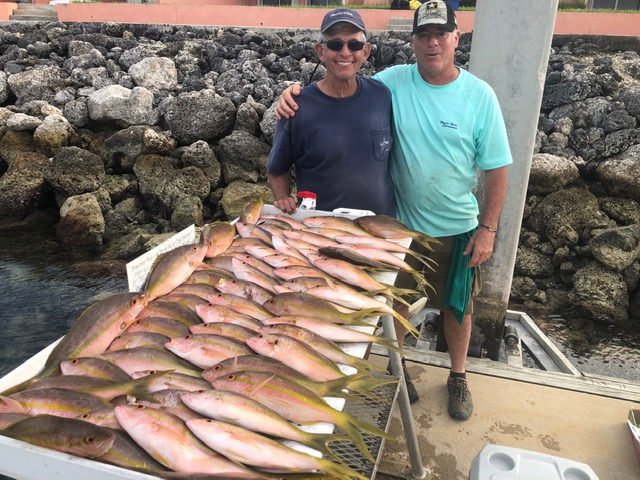 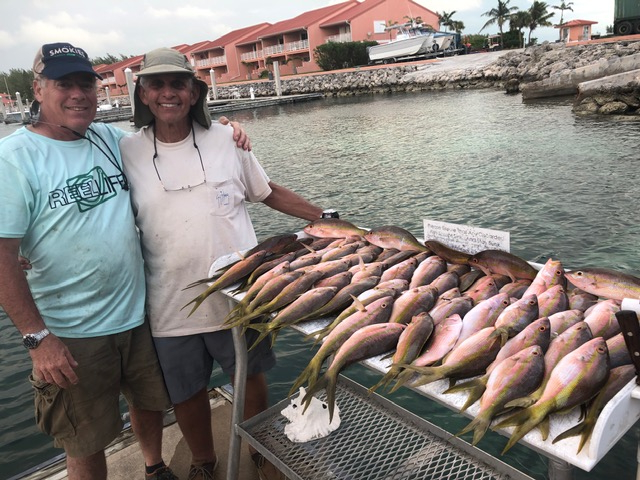 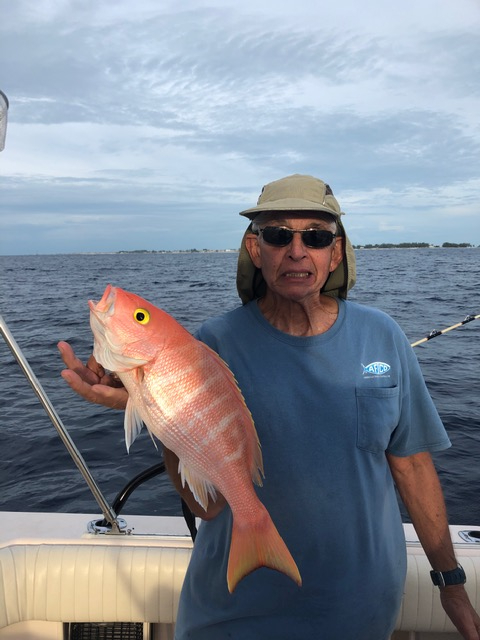