capt louie citrus countyPosts: 10,609 Moderator
February 2020 in Big Bend General Fishing & The Outdoors #1
Decided due to weather and a boat that has sat idle for too long to take a ride.
Was able to pry Snookspanker (pete) away from his house to go with me in search of sheepshead. Wanted to run my sidescan over some stuff hoping to see them before anchoring. I don't have one of those fancy GPS controlled TM's on my ancient boat.
It's throw and pull..

After looking in a few spots and trying about 3 I settled on a small ledge in 17'. Water was 59 degrees and I could see bottom.

Previous stops only produced small seabass and sand perch. This stop I got a nice grunt pretty quick. We were eager to start catching something. Action picked up slowly and keeper grunts were coming on our trout tackle. That was fun.


I figured I was a little off the number and pitched to the South side of the boat using a 1/4oz jighead and small shrimp.
Set the hook and line started going. Thought Sheep at first but too much running. Took a bit but a nice gag surfaced finally.

Pete was able to remove my head so nobody could figure out where I was fishing...? 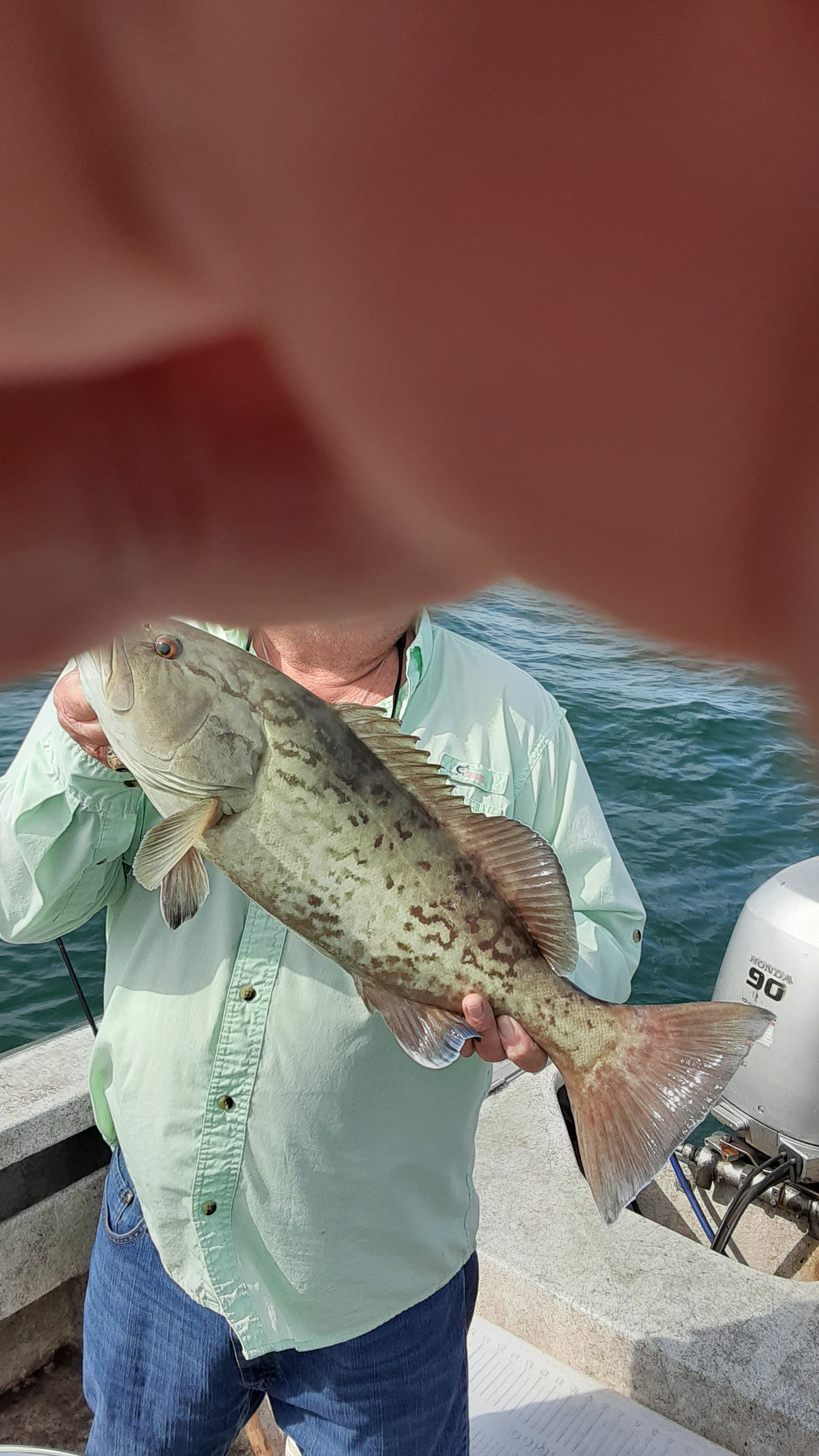 That was the first of several gags. Pete caught two and I caught about 5 or 6. One was keeper and gave a good account on my trout rod. We were trying not to hook them. Every cast to the left side toward the ledge got one. I managed one nice grunt from there and a big gag came up trying to eat it. LOL  Heck of a problem to have.
Ended the day early with a dozen keeper grunt for Pete to make taco's out of and a smooth ride in. I'll give the sheeps a try another day.