Launched at 530am out of Ft. Lauderdale Beach Park.  Goggle eye fishing was slow, but was able to sabiki one and a few runners before heading out to the deeper vertical jigging zone(150-300ft).  Jigging was not as good as it was a couple weeks earlier when I experienced action every drop for about 3 hours out of Pompano Beach. This time it was work, 1 hit for every 7 drops.  Although it was slow, I kept at it. All it takes is one nice fish to make the day. 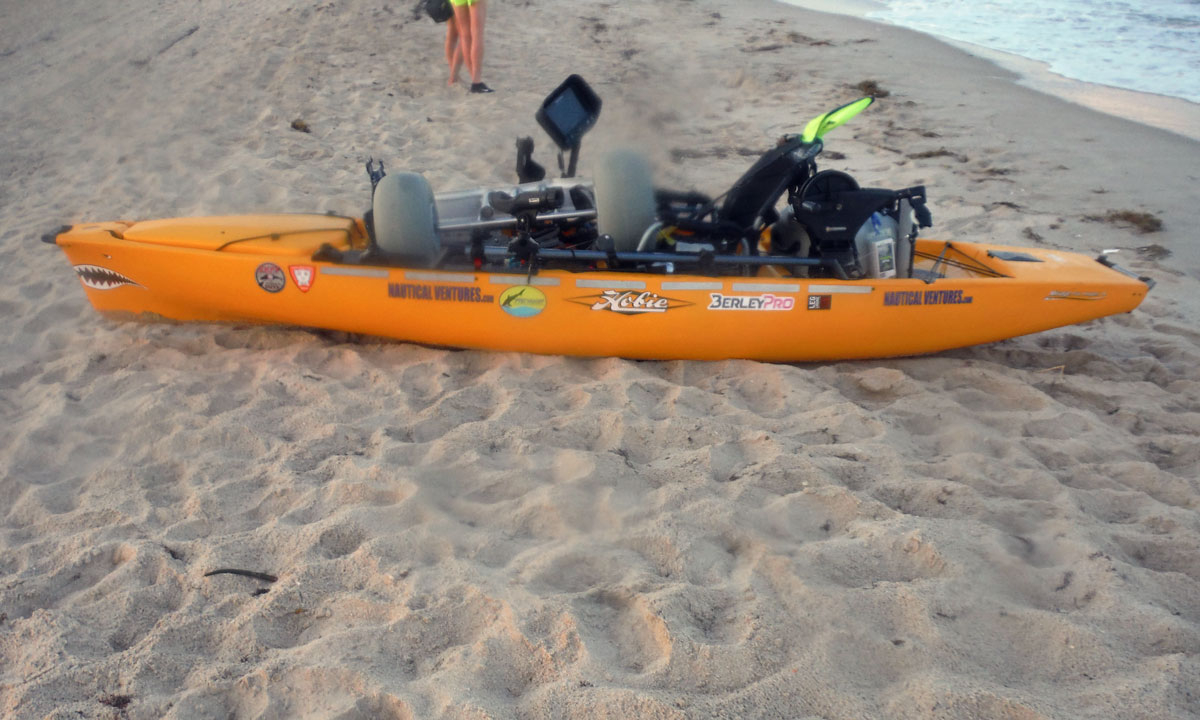 Live bait produced a few hits.  I believe they were smaller fish, so was not too upset about the missed strikes.   There were some toothy critters out deep, I had 3 vertical jigs bit off, I believe it was all the work of small king mackerels which I did manage to catch and release four on vertical jigs. 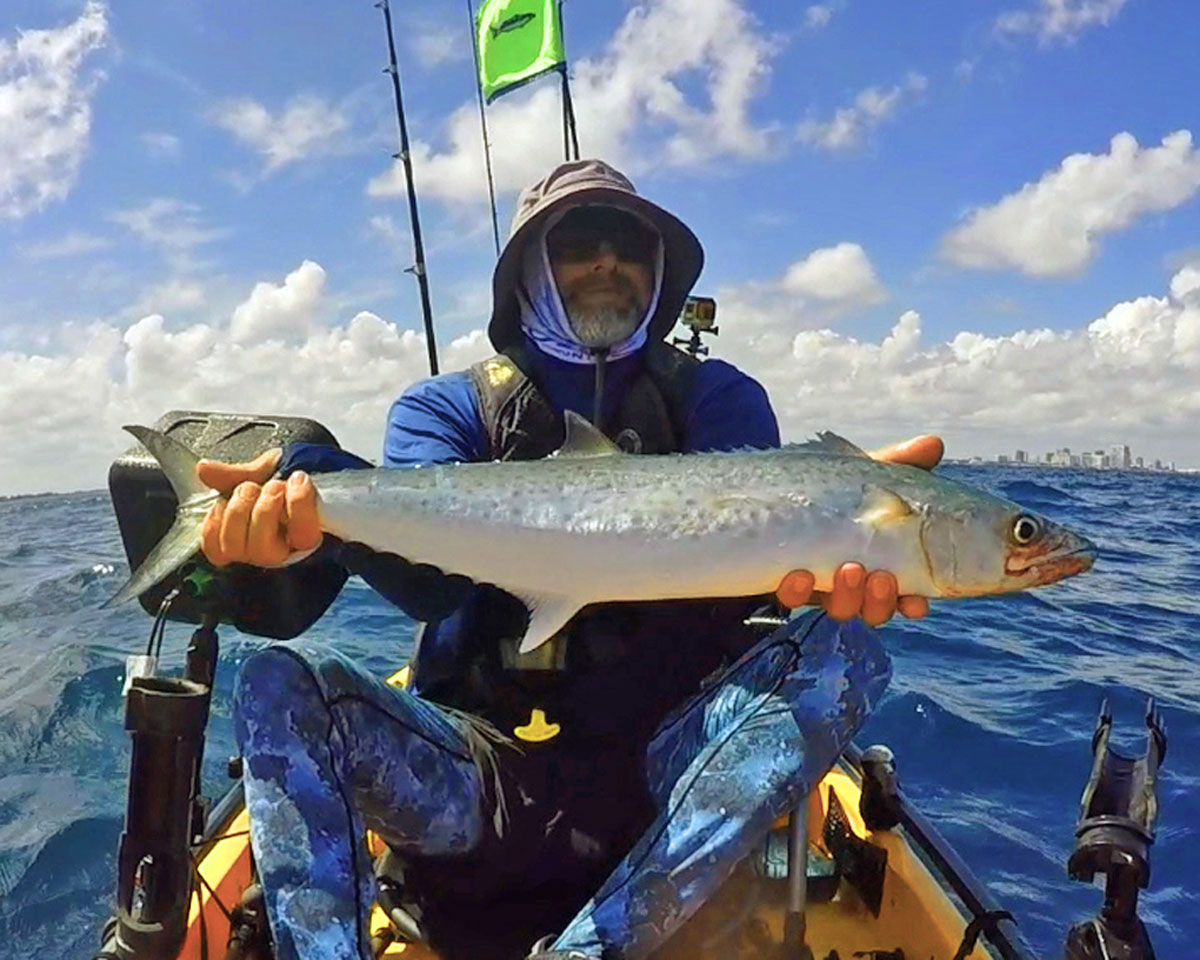 There was an absence of Little Tunny this outing.  The bulk of the vertical jig action was Jacks, primarily small Almacos, and an occasional small AJ and big Blue Runner. 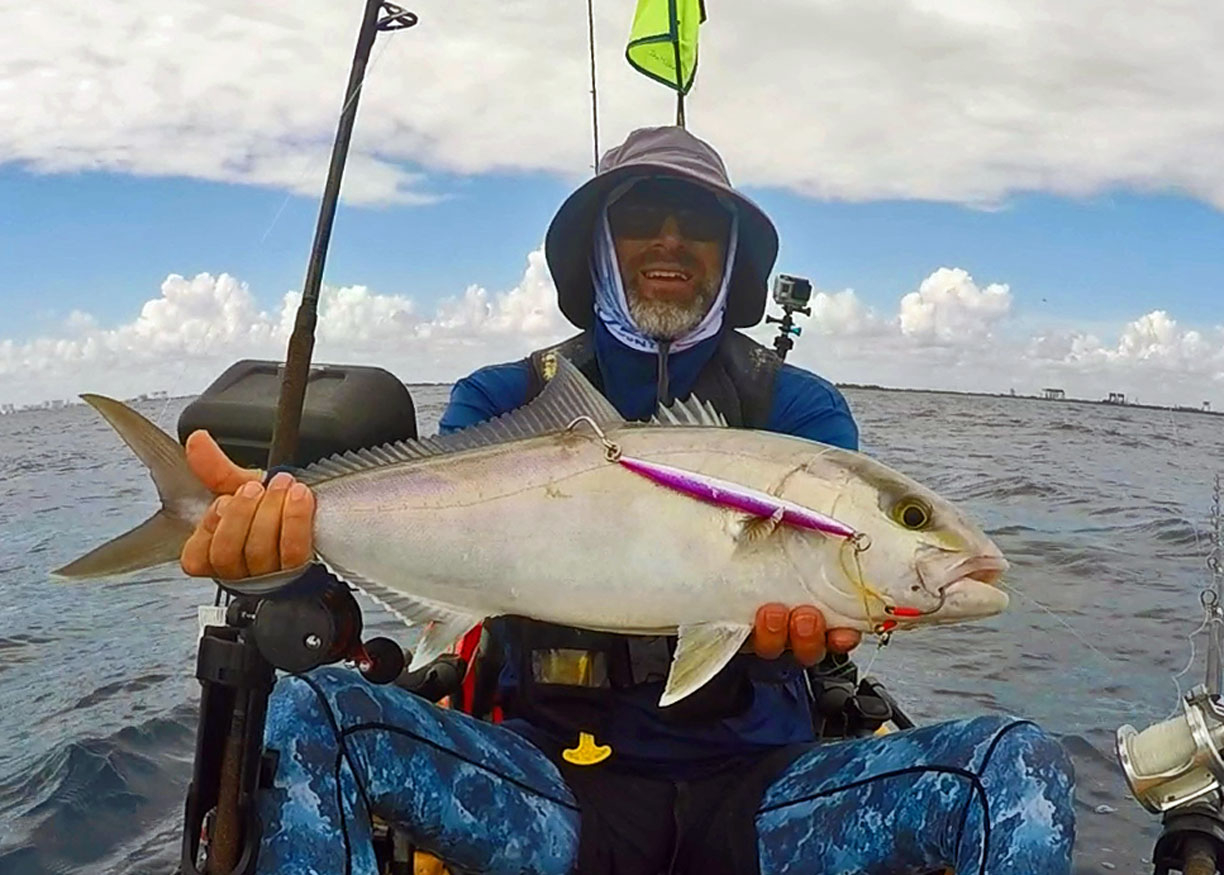 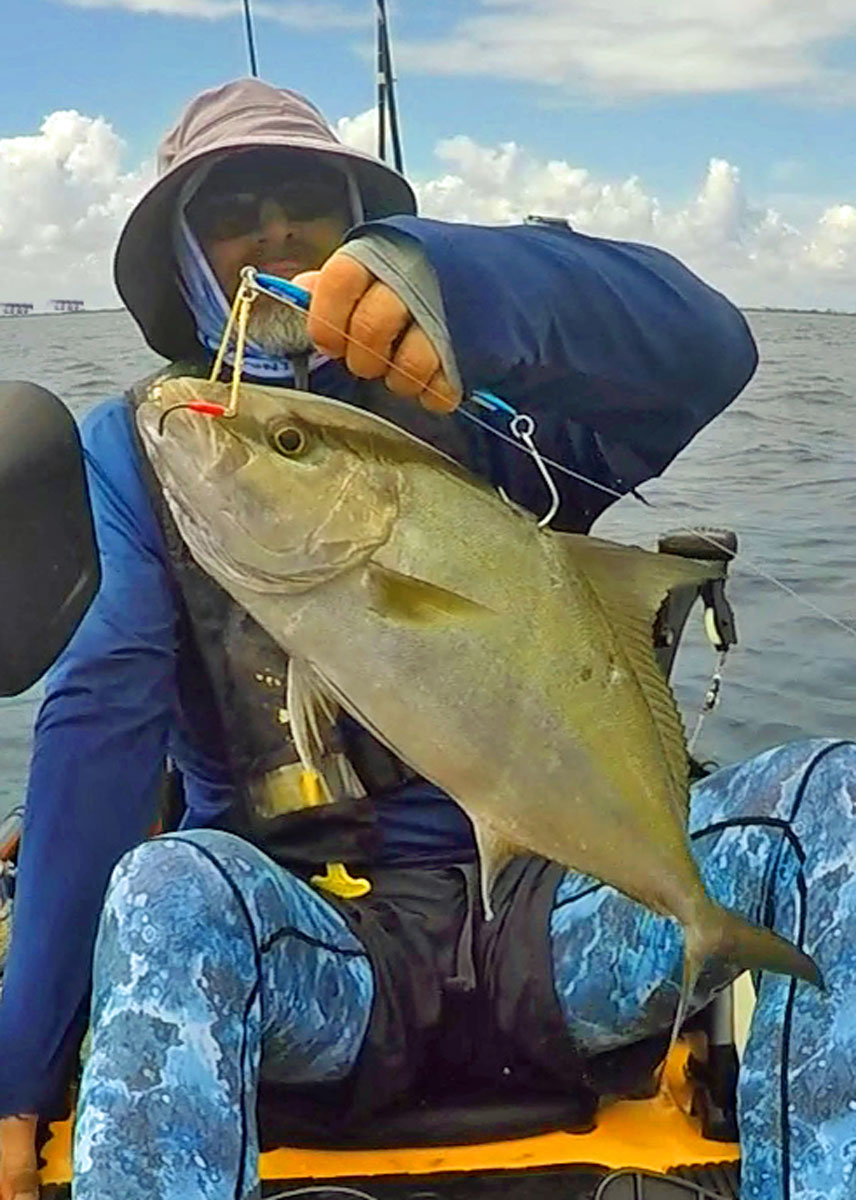 The high point of the jacks was a doubleheader of Almacos, the smaller of the two was temporarily grabbed by a grouper on the way up.  Wish I had taken the time to snap a photo of the Grouper tooth impression mark on the smaller Almaco. I tried a few drifts for grouper, but the North current was just a little too strong.  My bait got demolished by triggerfish. 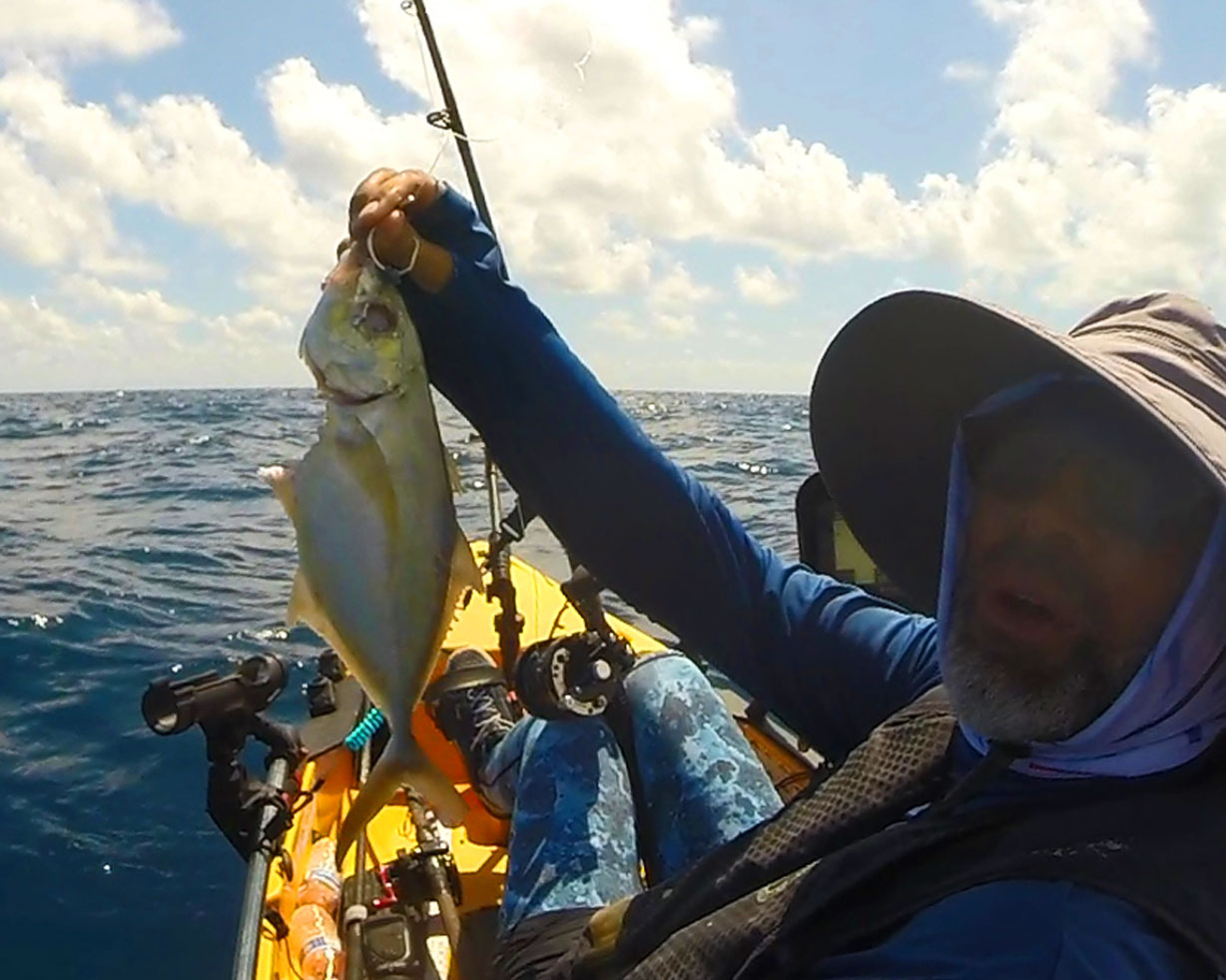 All catches were released except for two mutton snappers.  One of the first drops of the day was 18”, and one of the last drops of the day was a personal best: 30.25” 14.9lb!  Most the kayak anglers that take big mutton target them. I was stoked with this catch as it was an incidental -- I have never made a trip to target muttons. 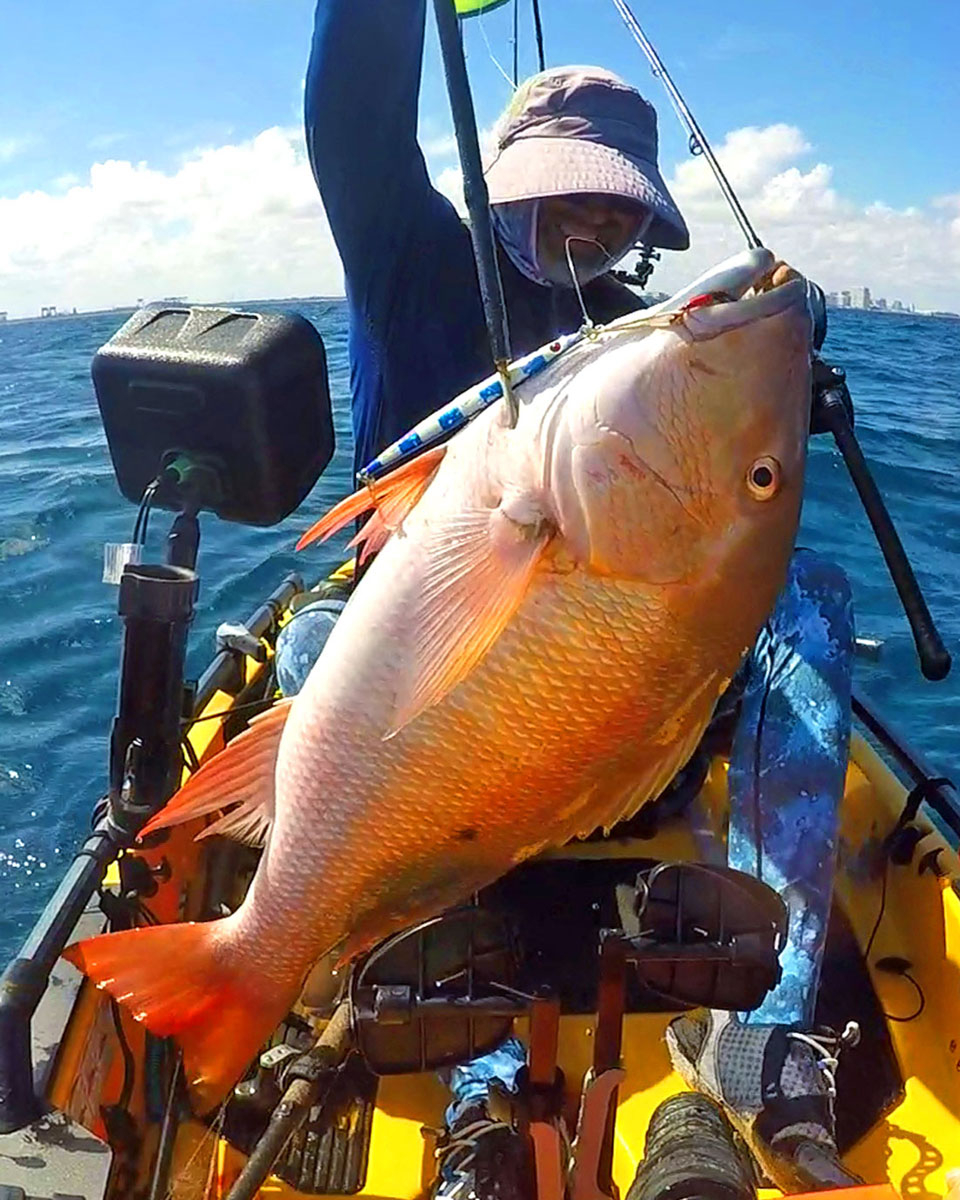 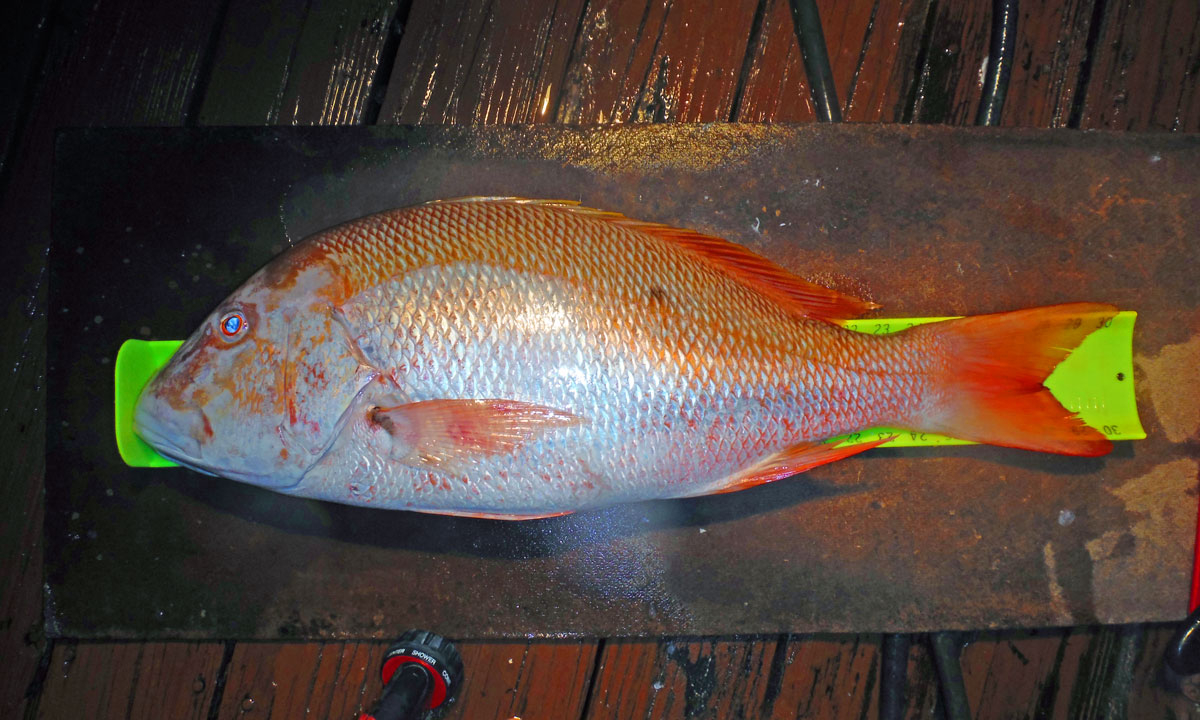 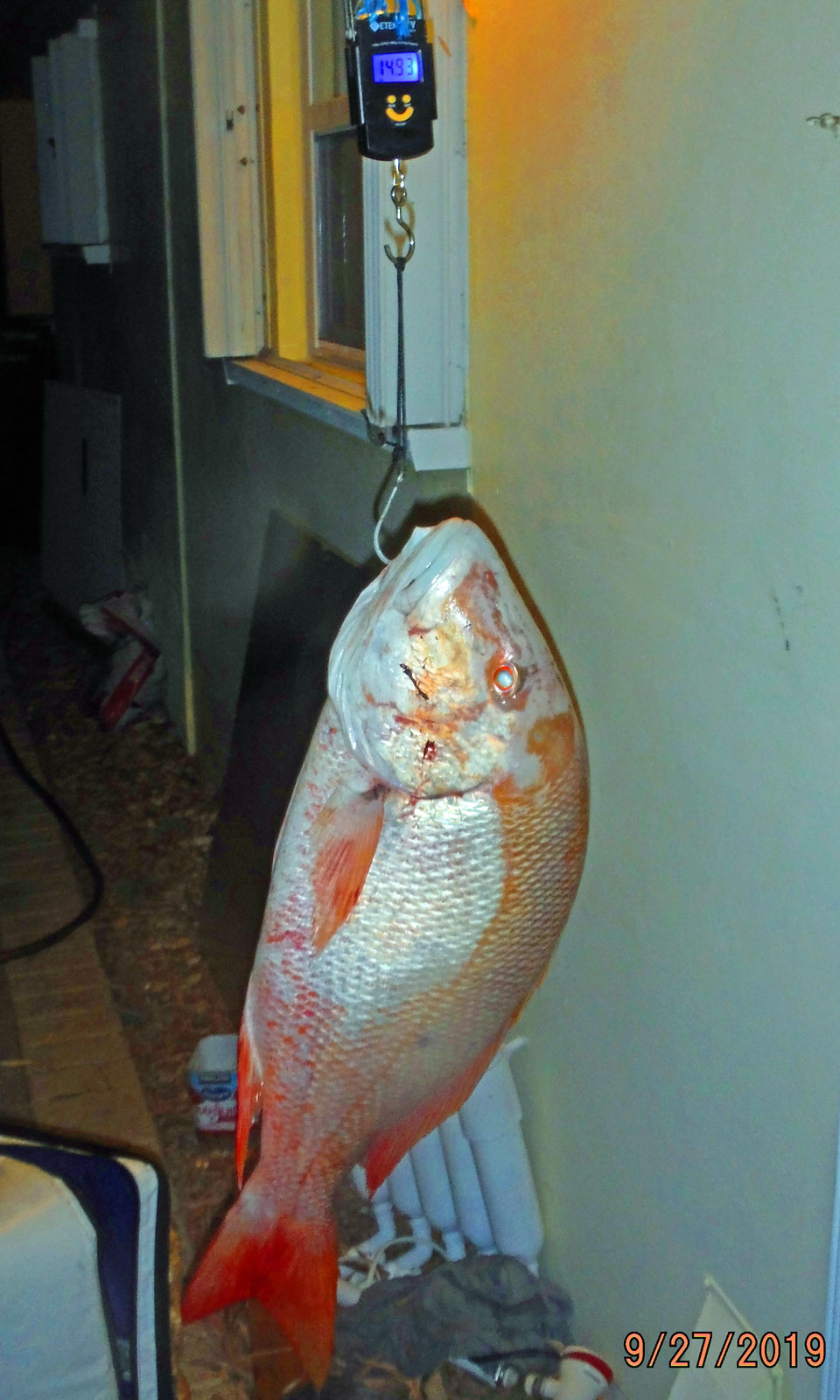