Picked up plenty of live pilchards and gogs at Govt Cut from Capt Pedro and headed to the county wrecks off Key Biscayne. It was a chamber of commerce day but despite our best efforts we had precisely zero hits top or bottom at the first site. So we moved on to the second set of sunken wrecks just north of Fowey. We managed to bend our rods there. Our best hope was when we hooked a decent bottom fish but it turned out to be a red grouper precisely 1 inch too small so it was released. We also scored some snake kings and had many king cuts offs on the deep lines using mono leaders. So in a last ditch effort we moved up to the Diamonds and promptly scored a mutton …but like the grouper it too was an inch too short and released.
At the end of the early day we had scored 1 blackfin, 4 small kings, and released an “almost legal” grouper and mutton…with having fought approximately another 6-8 kings before they were lost. In the end we bent our rods a few times and looked forward to Thursday’s big bird for dinner.
And a Happy Thanksgiving to all of our committed anglers! 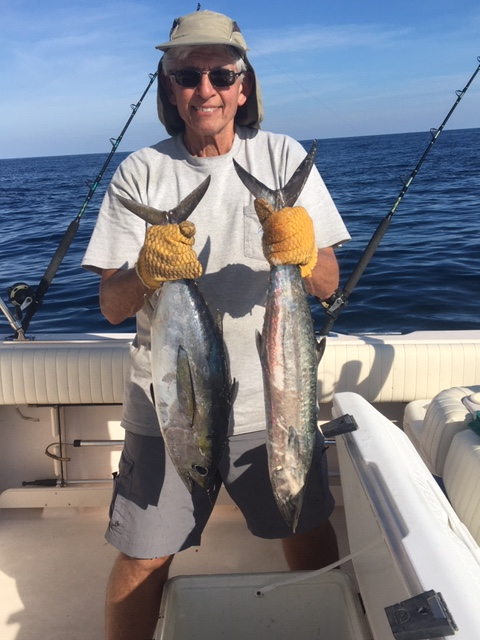