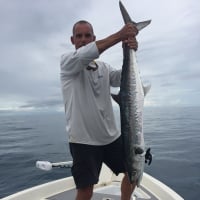 hook_em Posts: 221 Deckhand
November 2019 in West Central General Fishing & The Outdoors #1
My wife and I hadn't been out in a while and we were eager to go.  The weatherman predicted 2' or less seas.  The weatherman lied yet again.

We got up at the crack of dawn and headed straight to the gulf pier, hoping to avoid the weekend throngs.  Bait was nowhere to be found.  It was out there, but almost impossible to track down.  As the sun started rising, the boaters kept arriving.

We never saw it come to the surface but managed, after driving around a lot, to get a couple of decent tosses on some we marked on the graph.  Challenging to say the least.

We hit the channel marker and sabikied up some bigger bait pretty quickly and off we went.

It was a reasonably decent ride going out.  Wind not too bad.  My goal was to hit some deeper water that we hadn't fished in at least 6 months.

First drop down, ARS.  Then another.  And another.  The flat line was bitten through almost immediately, then again.  So, we decided to move.

The next spot yielded a yellowtail pretty quickly. Followed by some lanes and mangos.  We fished here for a while when my wife hooked this guy. 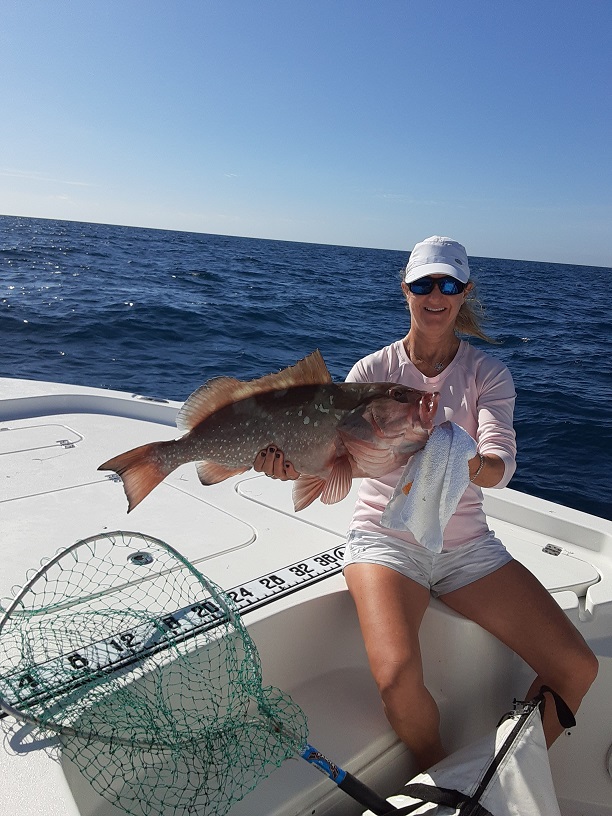 About 15 minutes later on the same spot she hooked something bigger but got off about half way to the boat.

The wind kept picking up as the day went on.  We moved to some shallower water on our way back and caught several undersized red groupers and some more lanes.  We ended up with 2 keeper groupers, 6 lanes, 4 mangos and a yellowtail.  Released a buttload of ARS.

All in all an enjoyable day, though.  Plenty of vittles and one boat record.  Can't complain about that.
1 · Share on TwitterShare on Facebook