Fished a new 33ft Seahunter center console today…a real beauty docked at Fisher Island …2 minutes to live bait from Pedro and 4 minutes to exit Govt Cut…talk about convenient! We thought we’d focus on lite tackle and all near shore fishing. Started out at the dredge hole off the diamonds for macs …we were optimistic as we saw lots of boats in the area. We started trolling the area with jigs but caught zip then anchored up and used frozen chum and plenty of live pilchards. In about 1 1/2 hrs all we had to show for it was one undersize released yellowtail. So we left and headed to the patch reefs just south of Fowey. Action slow. Got a legal yellowtail, then a bigger cuda. Finally got a very nice midteen bonita which gave quite a fight on the lite gear and was released. We had some other cutoffs that were likely either macs or cudas. Oddly…or luckily...each subsequent catch was bigger than the one before. After more than enough time on a couple of patch reefs my angler suggested we stop on the county wrecks before we headed in as he wanted to end the day with a bigger fish. Sure enough he gets a nice sail on a flat line using only mid size spinning gear . Lots of areial action and a clean release in 15 - 20 minuts. Nice way to end the day. And keeping with the trend of the day the sail was of course longer and heavier than the prior nice bonita. 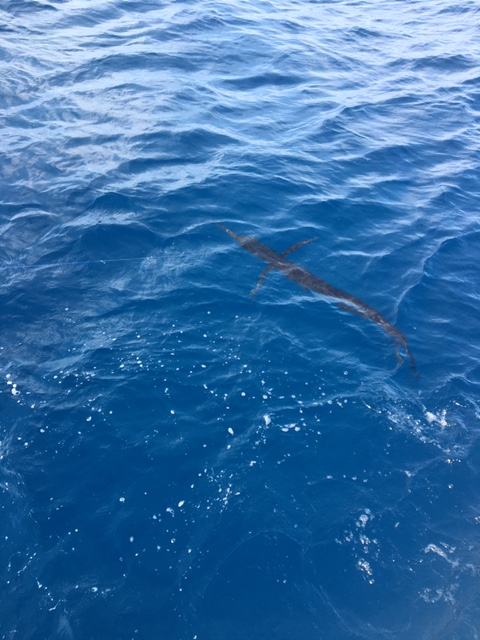 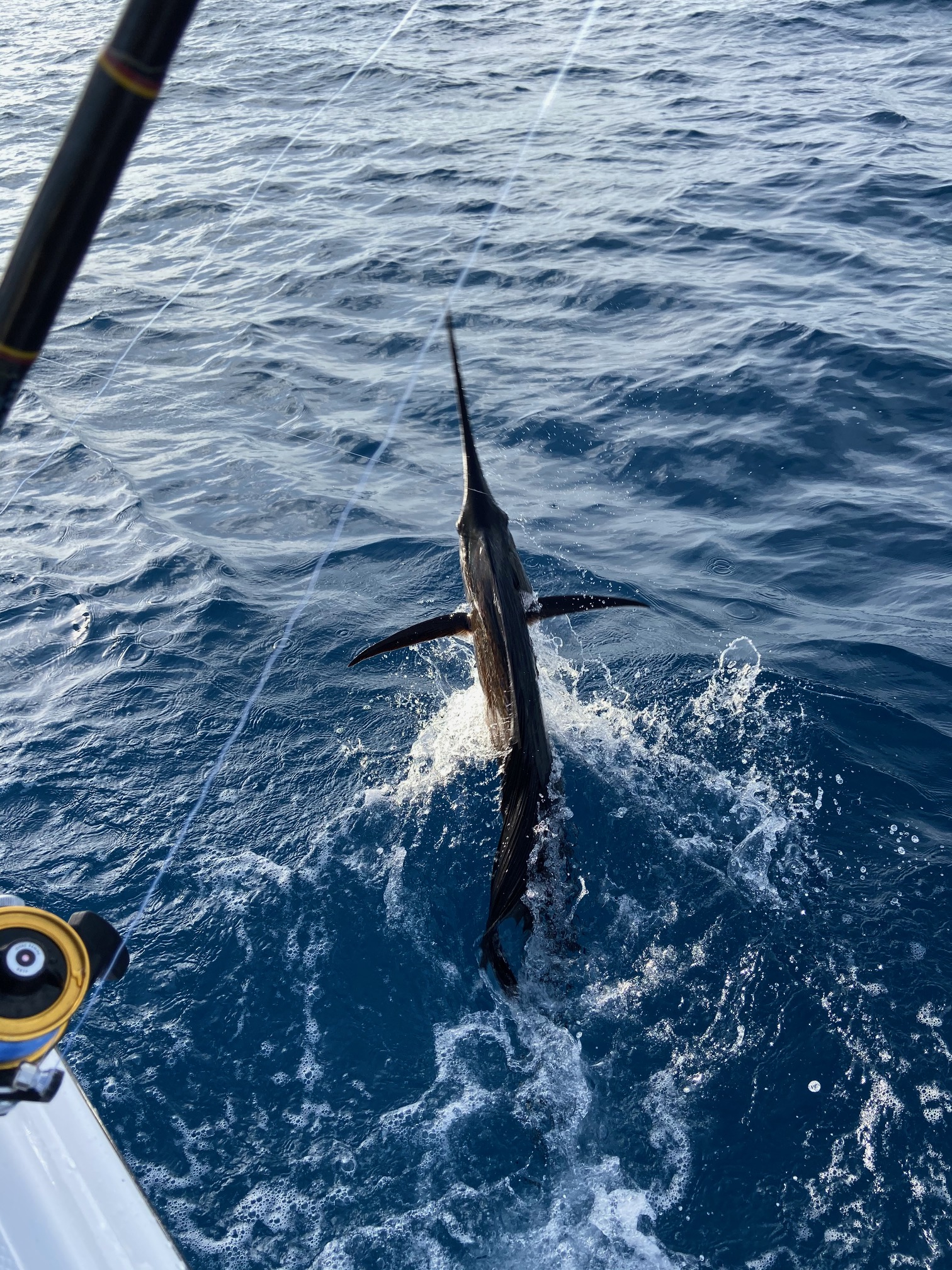 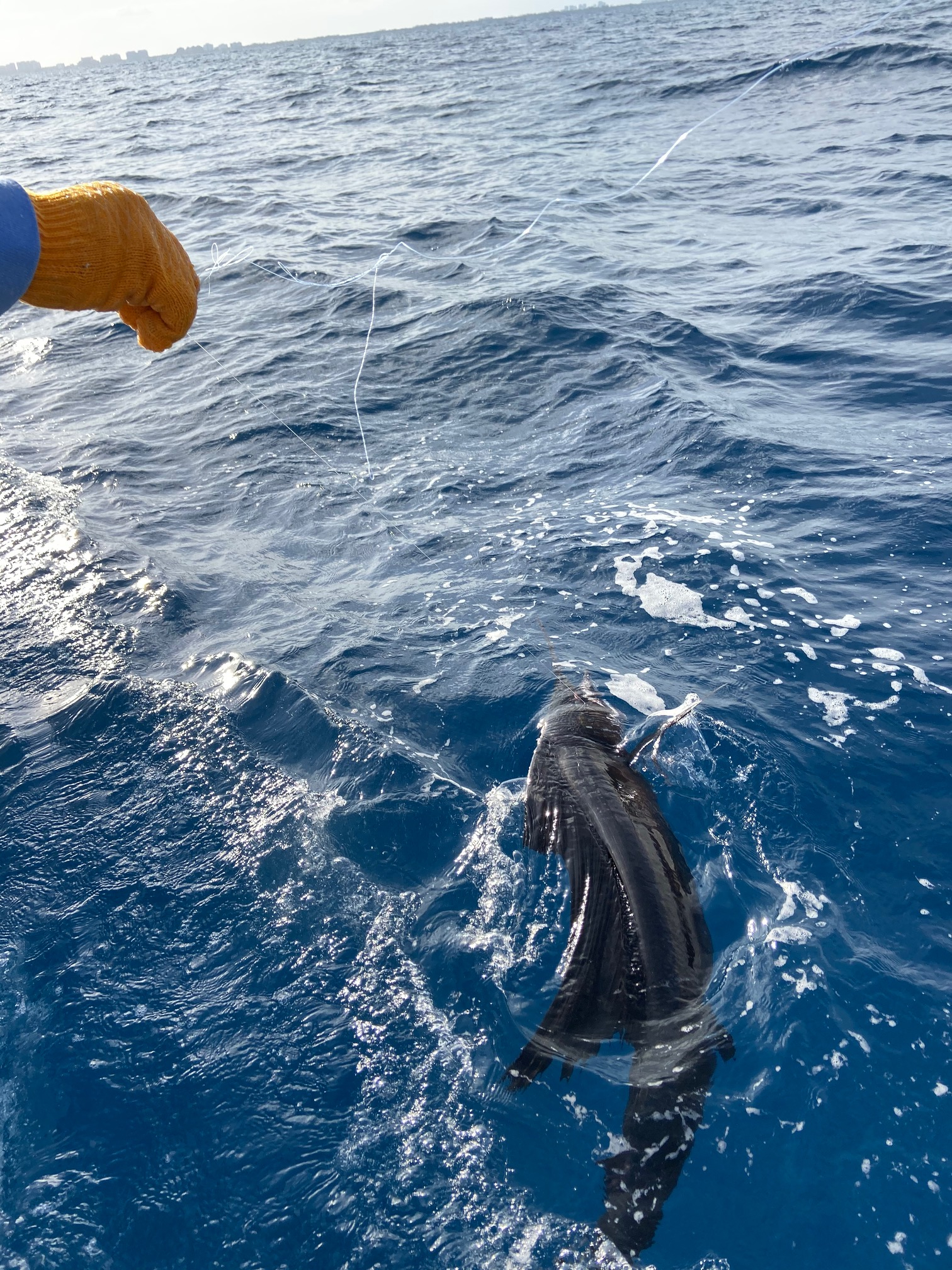