Padanny Posts: 10 Deckhand
October 2019 in Big Bend General Fishing & The Outdoors #1
I took my father in law and sister in law targeting trout on Friday. We drifted out from long point and trout key and fil's first cast with a topwater plug got inhaled by a solid keeper. Action was pretty steady doing that for a while, some keepers, some not. We had a triple hookup at one point, a first for me and I'm not a young man. One came off but the other two went in the box. Prop baits and lip baits both worked but mackerel liked them too and cut a few off. As the tide fell it got harder to hook the fish for some reason and about eleven o'clock we moved out in search of a breeze.
We went a couple of miles west of the bird rack and fished for sand trout. We used plastic jigs and picked up a few doing that. They hit better in the shallower areas and not so much in the holes. Some are pretty good size now, over 14".
When it got close to low tide we went back in and fished around the bars between FIB and Mangrove Point. There don't seem to be a lot of fish in there yet, but we finished out our limit. First limit for the three of us in a long time.
My cohorts refuse to take time to pose for pictures and I just about can't see my phone screen in that bright sun anyway. but I did take a cooler shot. 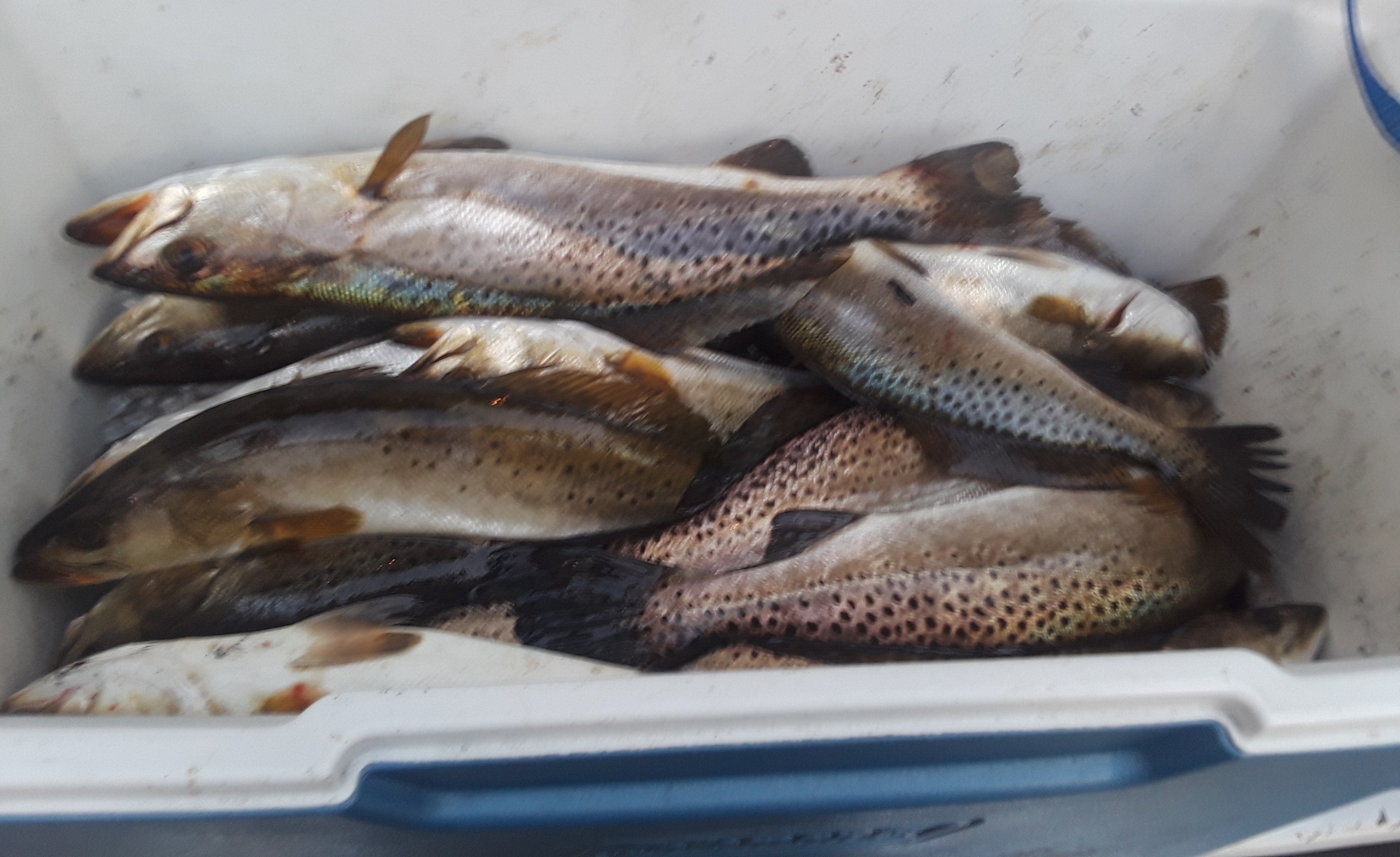