Tying and fishing out west

greenie-slayer Posts: 850 Officer
September 2019 in Fly Fishing #1
Dorian kind of worked in my favorite and turned a 1 week vacation to Utah/Wyoming into a 2 week vacation. Didn't get any pics of the fish but plenty of wildlife which hopefully i can post soon. Fishing was great though. Caught my first brook trout, and plenty of browns and rainbows. Mostly 16-20". Some smaller fish mixed in but no studs even know I tried working some big streamers super hard. Best area was the Hams Fork. Fish were everywhere and being stupid. Caught a bunch on nymphs and streamers and even managed some on dries but trying to see a #20 dry gets old so mainly stuck with my streamer. Fished 2 days in Yellowstone too. Caught a bunch of small 10-14" trout there. They loved the big hoppers just had troubling taking them down.

Now onto the tying. Dorian got be behind on my fly tying so been playing catch up since I got back. Tied more  silverside surf candies than i can count and a bunch of redfish and mullet flies. Need a recommendation for the Brush mullet. Its currently between 4.5-5" but i have had a lot of request to make it about 9" long. I tired adding articulations but didn't like the result. Thinking some big saddles might be my best bet. Open to opinions.Maybe I should write a letter to EP and let them know I need a 6" Chromatic brush. 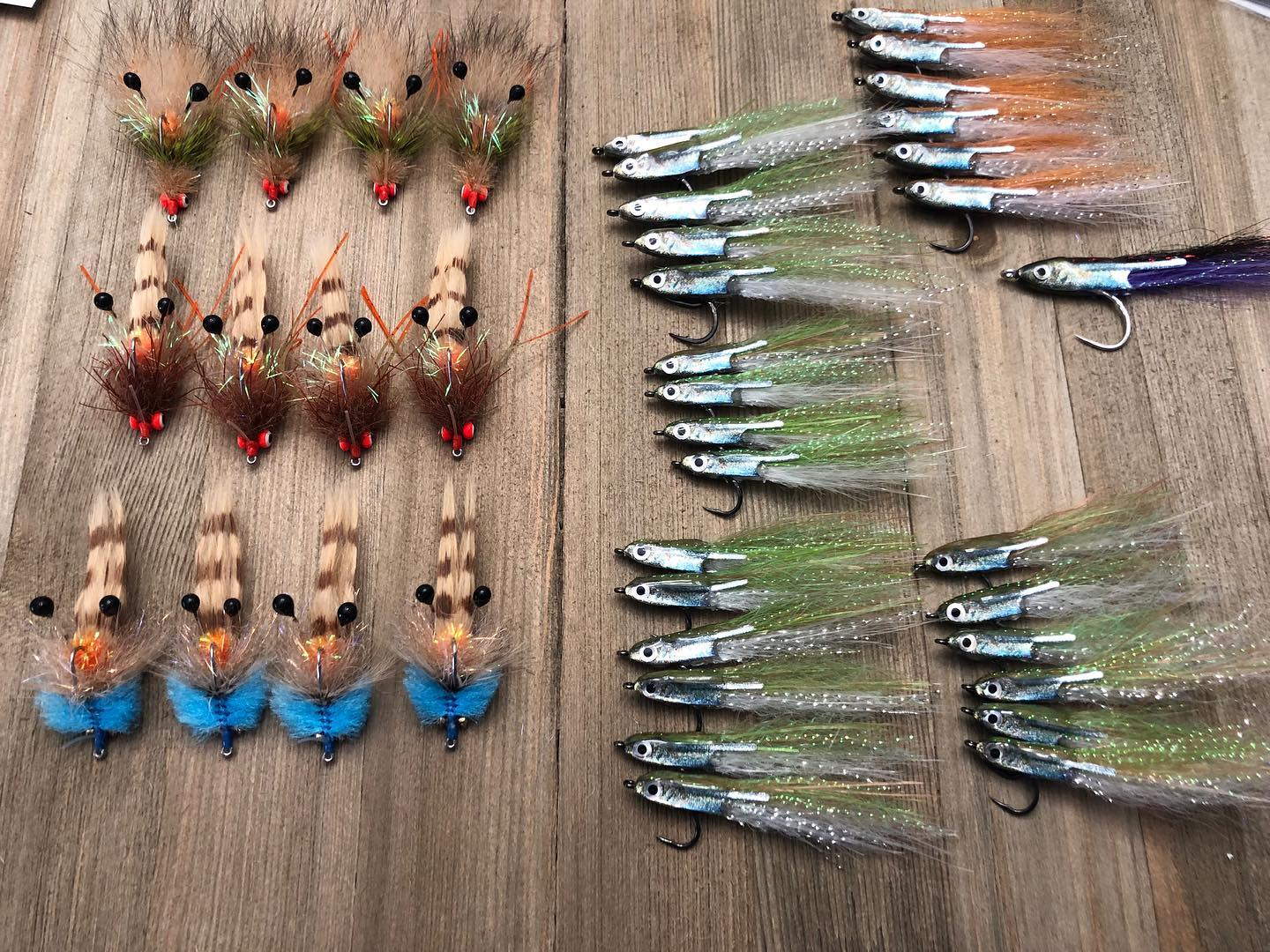 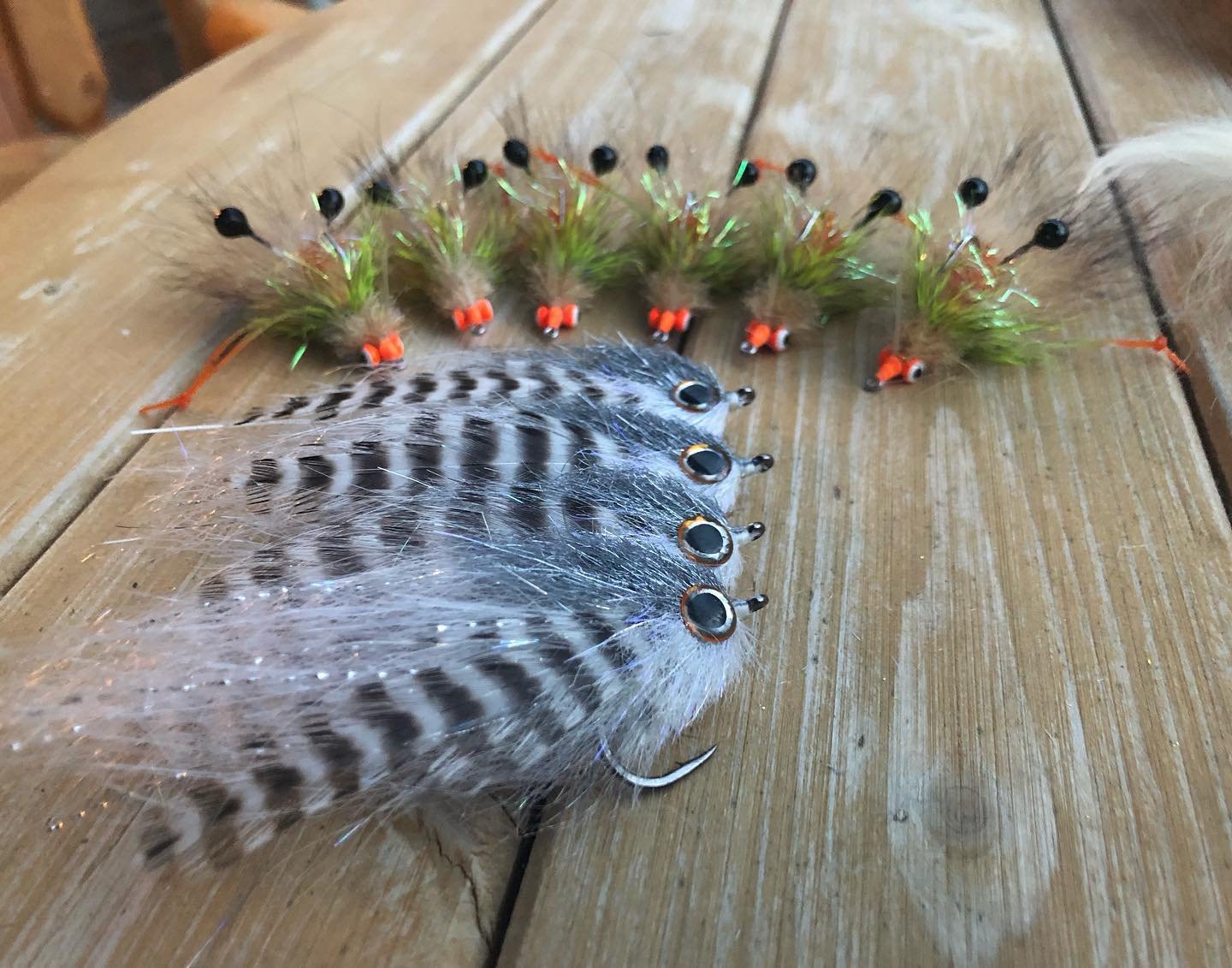