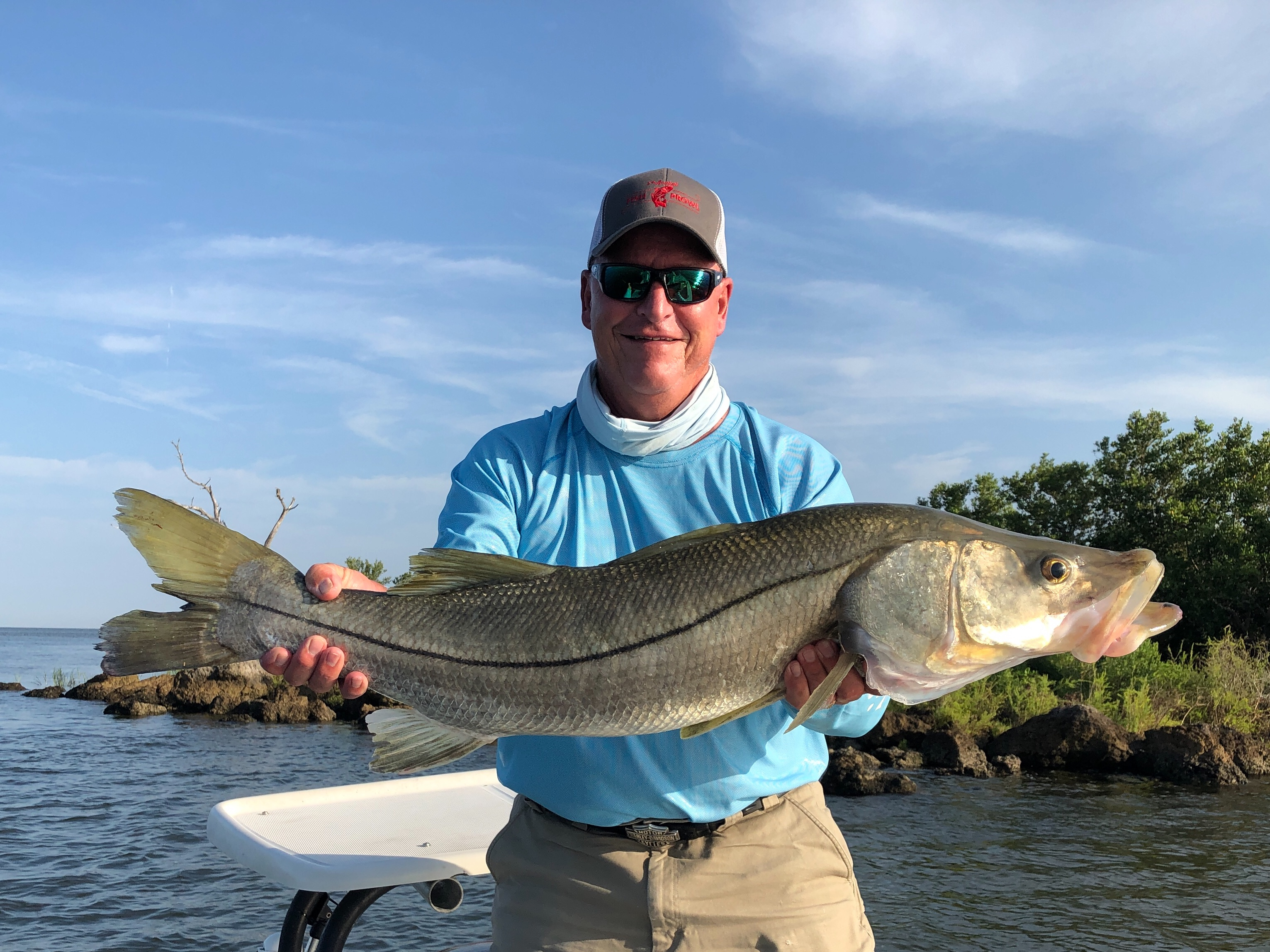 With the recent opening of Snook season, it’s time for my periodic plea to consider releasing Snook. Slot Snook in our area are between 8 and 12 years old. That’s a lot of winters to survive along with all the other dangers that this very slow growing but spectacular fish faces, just to get to slot size. This 41” beast could be over 14 years old. Our Snook regs are made up to maintain the SW Florida Snook fishery and don’t take winter kills into account, or even input from our fishery at all. If properly released Snook survival is well over 95%. Especially large fish need patience when releasing. Hold them by the tail and move them in a swimming motion till they kick out of your hand. They will hold on to your thumb, but I’ve found that really large fish don’t follow that method as well. Most slot Reds are only 2 years old, a few are 3, plus they are more abundant and unaffected by cold water. This is a much better fish to harvest. Thanks for considering my post.
9 · Share on TwitterShare on Facebook