7950 Posts: 292 Deckhand
July 2019 edited July 2019 in Northeast Fishing Reports #1
A friend of my texted me and ask me if I can show up for Saturday to fish the bridge for flounder.  I told him that the weather was gonna be crazy with them northeastern and there will be rain coming.  He told me he was okay with the weather report.  I told him to bring rain gear cause he gonna need it.  Mind you this couples lived in Atlanta Georgia and drive a long way just to come fish the world famous bridge.

.  He was there already by 4am and I told him I be there at 7am.  The rain was constantly raining for half the day we were fishing. Instead of getting shelter and wait for the rain to stop I went ahead and put on my warrior spirit and start fishing in the rain.  To my surprised the fish was biting in the rain.  The spade fish, spot and whiting were all biting.  Every time I walk to put fish in the cooler the  other rod would get a bite.  There were some big sail cat being caught too.  The fish kept me busy and I forgot about the rain and strong wind that had ran a lot of people off the bridge.  By noon the rain stop and the tide was on the verge of shifting to the first incoming.  I went ahead and told Paul that let try to see if any flounder is around. My plan was for us to find a piling and I would cast my  bait up current and let the bait drift by the piling.  There was plenty of spot piling to work since most of the anglers went home.  The tide begin to slack so I decided to drag my bait across piling to piling. Middle way toward the next piling I felt a good thump and let it some line slack. The fish didn't moved so I reel up the slack and lift my rod and felt a weight like I was hung to something.  Either this a big flounder or a hangup but I was positive it was a flounder bite.  I set my drag just to where this is some line to give in case I hook a big one.  I went ahead and give a good jerk and my rod bend hard and the drag start to peel. I was also really nervous and was trying hard to keep my instinct focus.  When I see the size of the flounder my leg start to shake.  When he was net up to the bridge I did a Tiger Wood fist pump and roar like I just win the Master.  That make my day.  The fish measure 28 inch which he probably my PB.  I end up giving the stud to Paul and his wife was overjoy. It was a long trip back home but at least they came home with a nice fish.  I should have gone home to but I was determined to fish the last incoming and see if I can catch some more.  It pay off and I caught 4 and two of them was at 22 inch.

On Sunday another friends want to fish the bridge.  We did get rain on for 30 minutes but it wasn't bad compared to Saturday.  The fishing was pretty slow.  I explain to them the mayor flounder 101 info.  These guys never catch flounder with live bait before and wanted to get a feel for how they strike.  Sadly it was getting late and I told them we can try next week because the tide will be good to catch flounder.  They were determined to stay until 8pm and than leave.  I gave them all the mullets and wish them good luck.  When I got home they send me a text msg. I open the msg and was in shock that he and his brother caught a flounder.  I really felt happy and good inside because those guys was able to learn what I taught them and they were able to produced.  I will get permission from them first and ask if it will be okay to post their pic here. 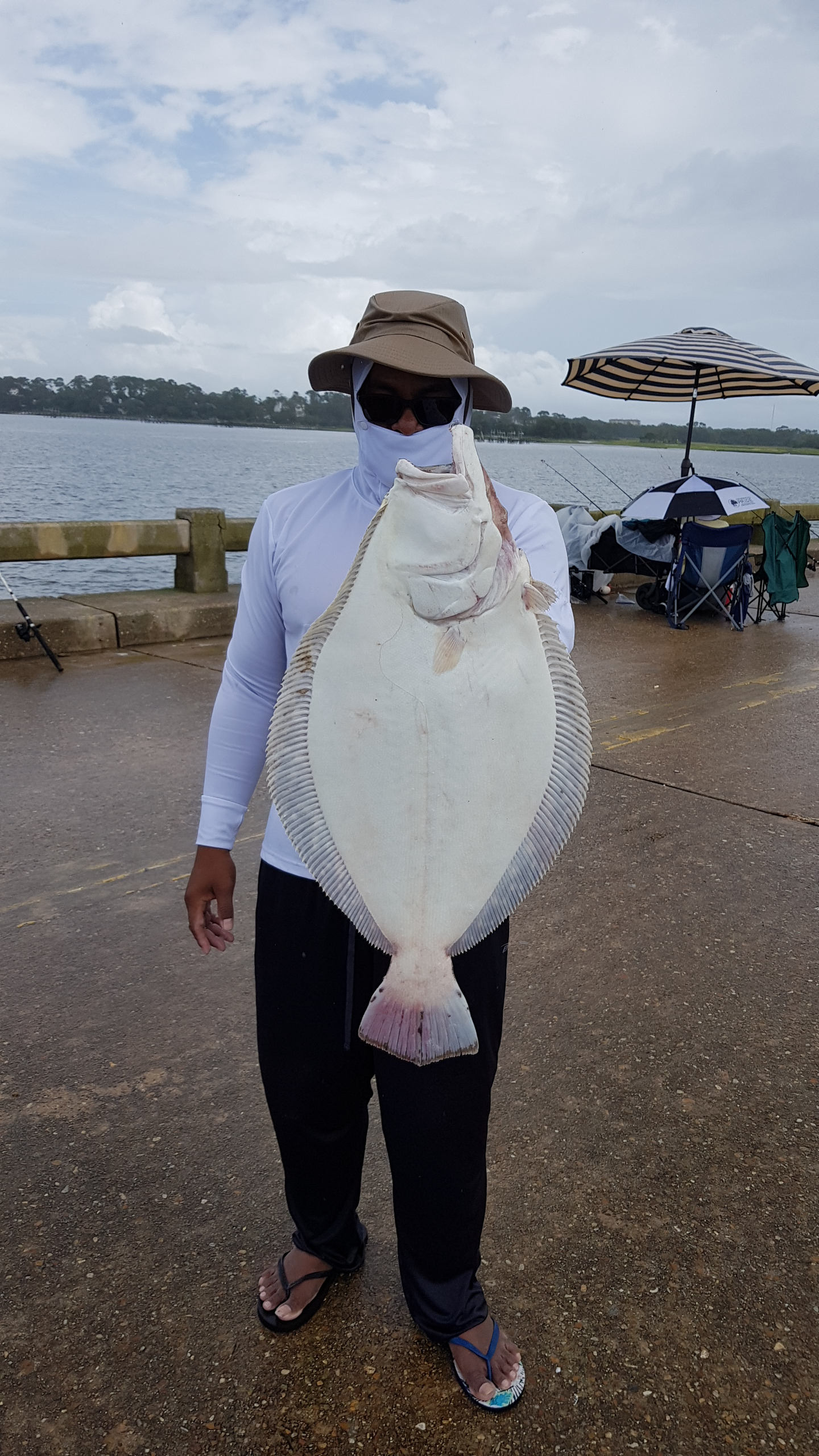 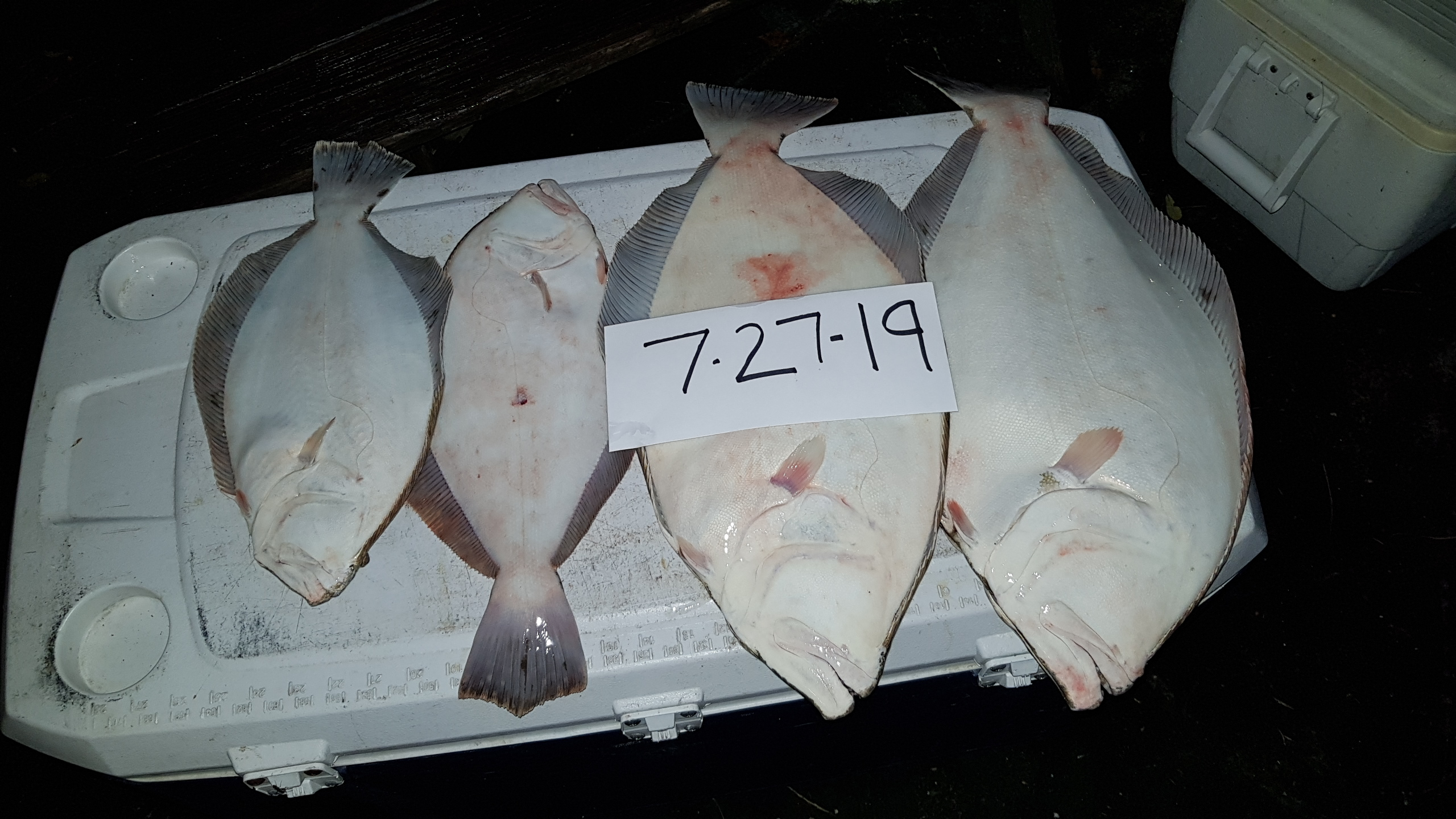 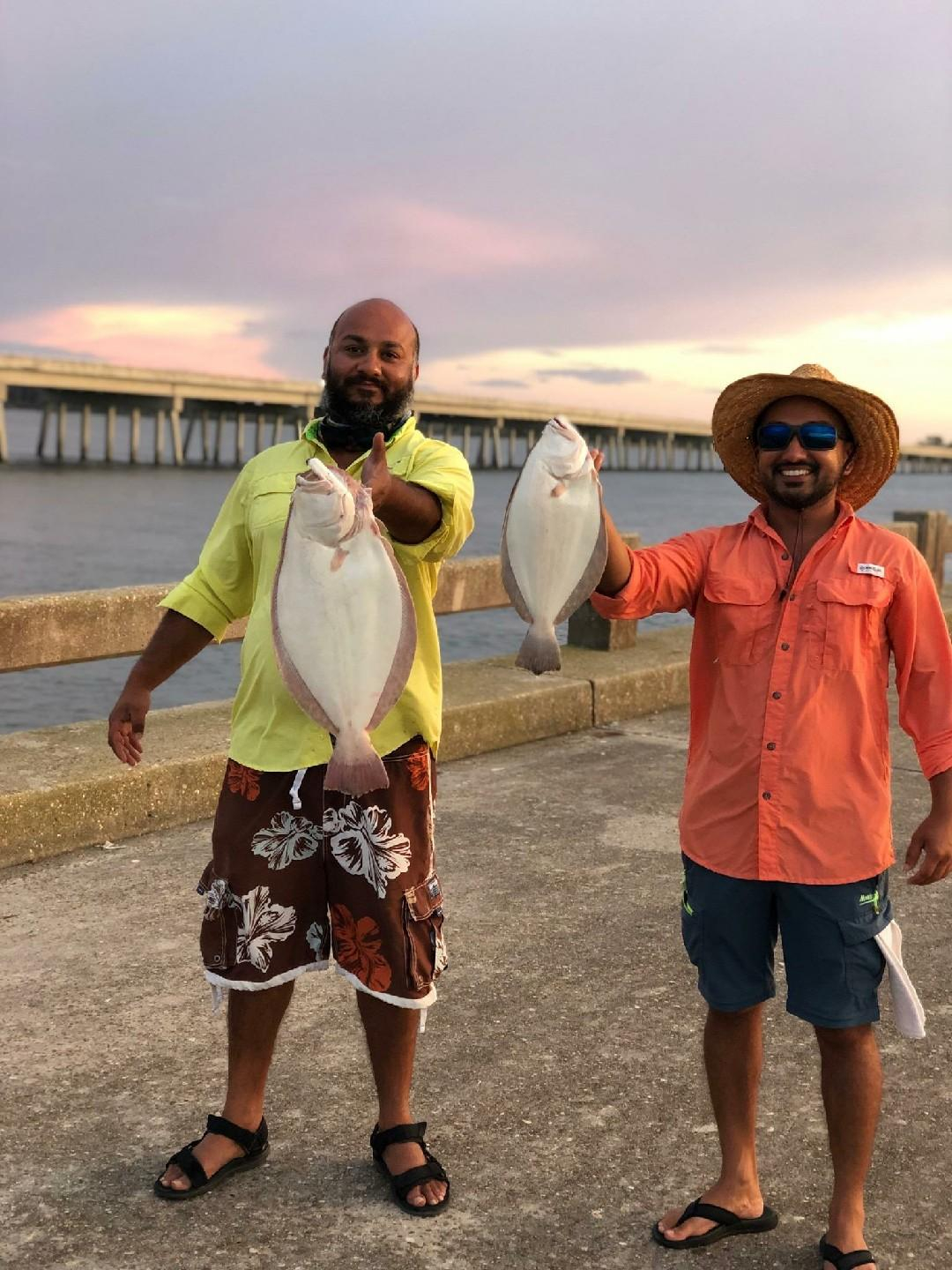