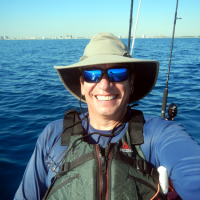 flsailor Posts: 51 Greenhorn
July 2019 in General Paddle Craft #1
I took advantage of a break in the weather to go out from Dania Beach on July 3rd.  I launched a little before 7 am. First, I stop by Angler's to get some live pilchards. Unfortunately, this time I got a bunch of very small ones.  The weather was outstanding with no wind and a flat sea.  There was also a lot of seaweed which made trolling a lure almost impossible. My first stop was about 120 ft just outside the 3rd reef.  I put a pilchard out and I started jigging.  My first catch was with a jig and it was a jack that was safely released.  On the live pilchards I caught 2 triggerfish so I decided to move further offshore to about 160 ft. The rudder in my pedaling yak was malfunctioning so I didn't want to keep going much further offshore.  My second catch with the jig was a very nice size bonito (or little tunny, which is the real name) which was also released.  I had two more bites on the jig, but I was unable to properly set the hooks and I lost the fish.  Then I had a strike and the fish fought hard.  I was using a fairly light jigging rod with a 100 gr jig which made the fight a lot of fun.  When I finally brought the fish to the surface I saw a decent size kingfish. Overall, a fun day in the water with one decent catch. I was back on the beach a little after 11.30 am. One more thing, there was not current pushing north like the previous time I was out there. 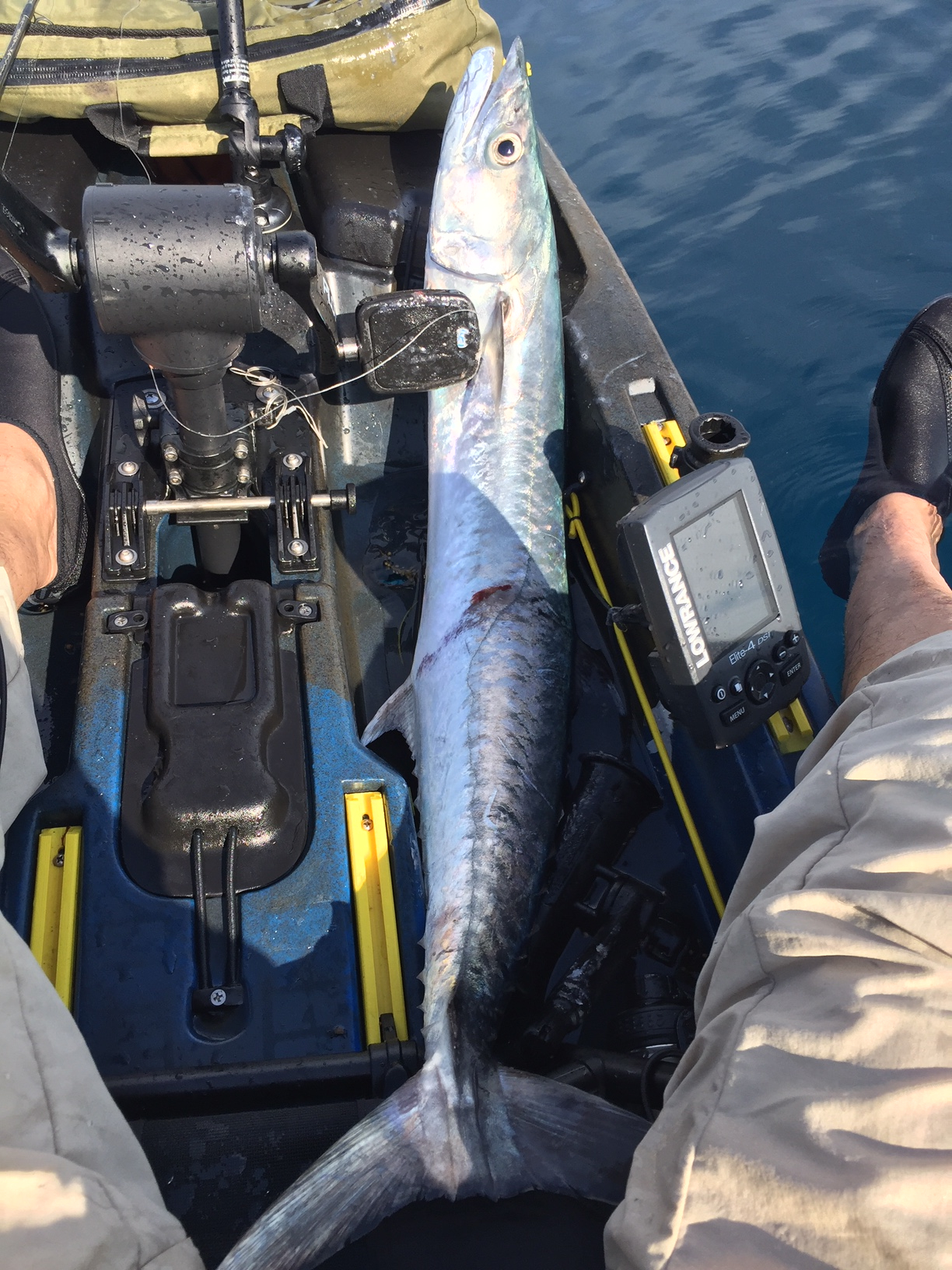 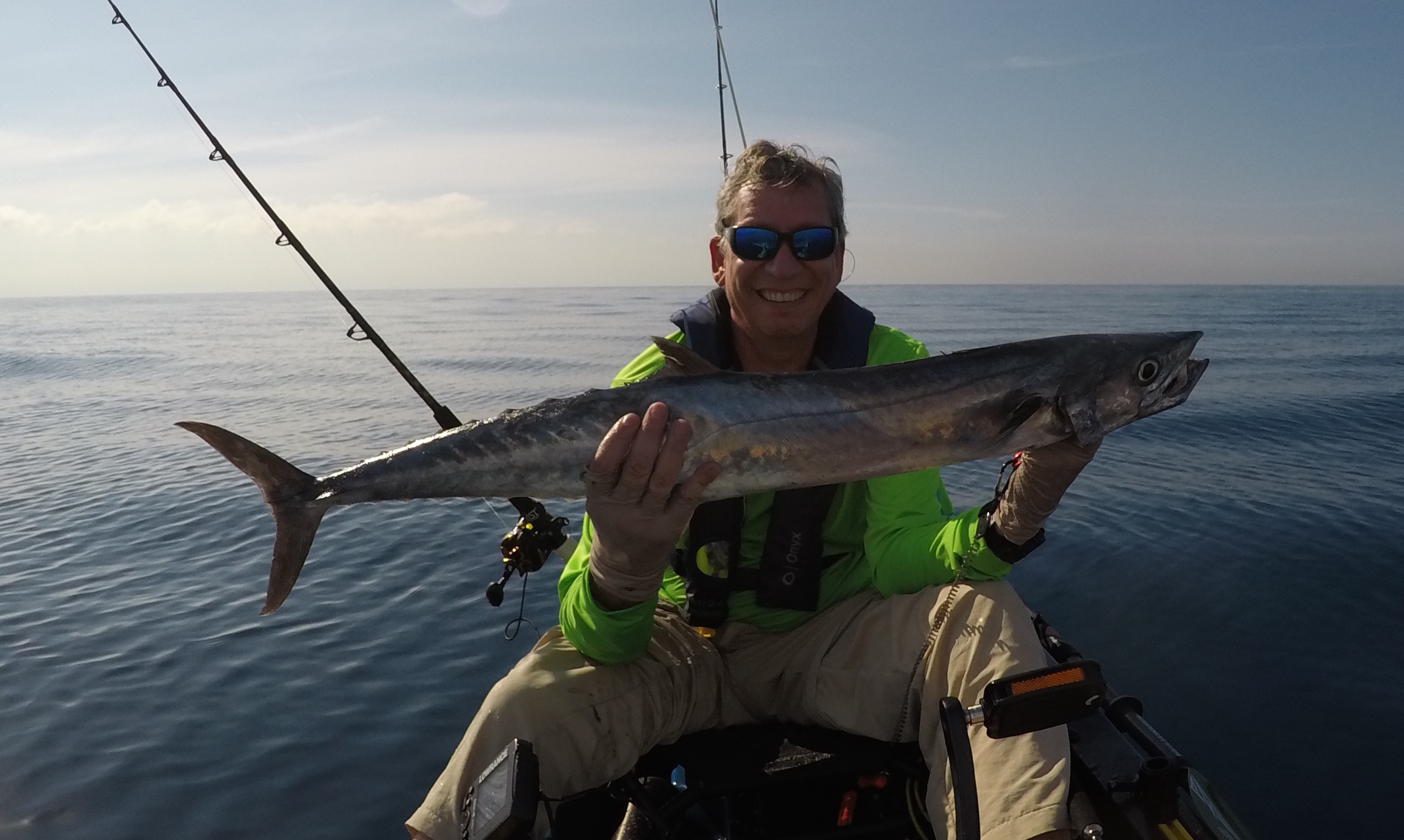