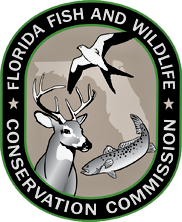 create a system to improve reef fish recreational data collection so that data are more accurate, precise, timely and more in-line with what is happening on the water.
The current process for conducting recreational fisheries surveys, known as the Marine Recreational Information Program (MRIP), is broad and doesn’t capture the amount and quality of data needed for effective management of offshore reef fish species.  For example, one current method of collecting survey data is through telephone calls to coastal households. While some of these phone calls reach anglers who target Gulf reef fish, many of the people reached do not target these species and are not able to provide data about Gulf reef fish fishing trips. The Gulf Reef Fish Survey would correct this problem by creating a comprehensive list of anglers who are targeting Gulf reef fish. The FWC will then reach out to some of these anglers to gather more information on their fishing experiences.
Florida and each Gulf state are testing pilot programs to set their own recreational red snapper season in their state and adjacent federal waters through an Exempted Fishing Permit (EFP) that has been issued by NOAA Fisheries.
Florida’s pilot program allows FWC to test state management in both Florida’s Gulf state and federal waters for 2018 and 2019, including data collection and quota monitoring.
Our FWC biologist are experts at collecting data. Much of the data is collected on the water; not from behind the desk: 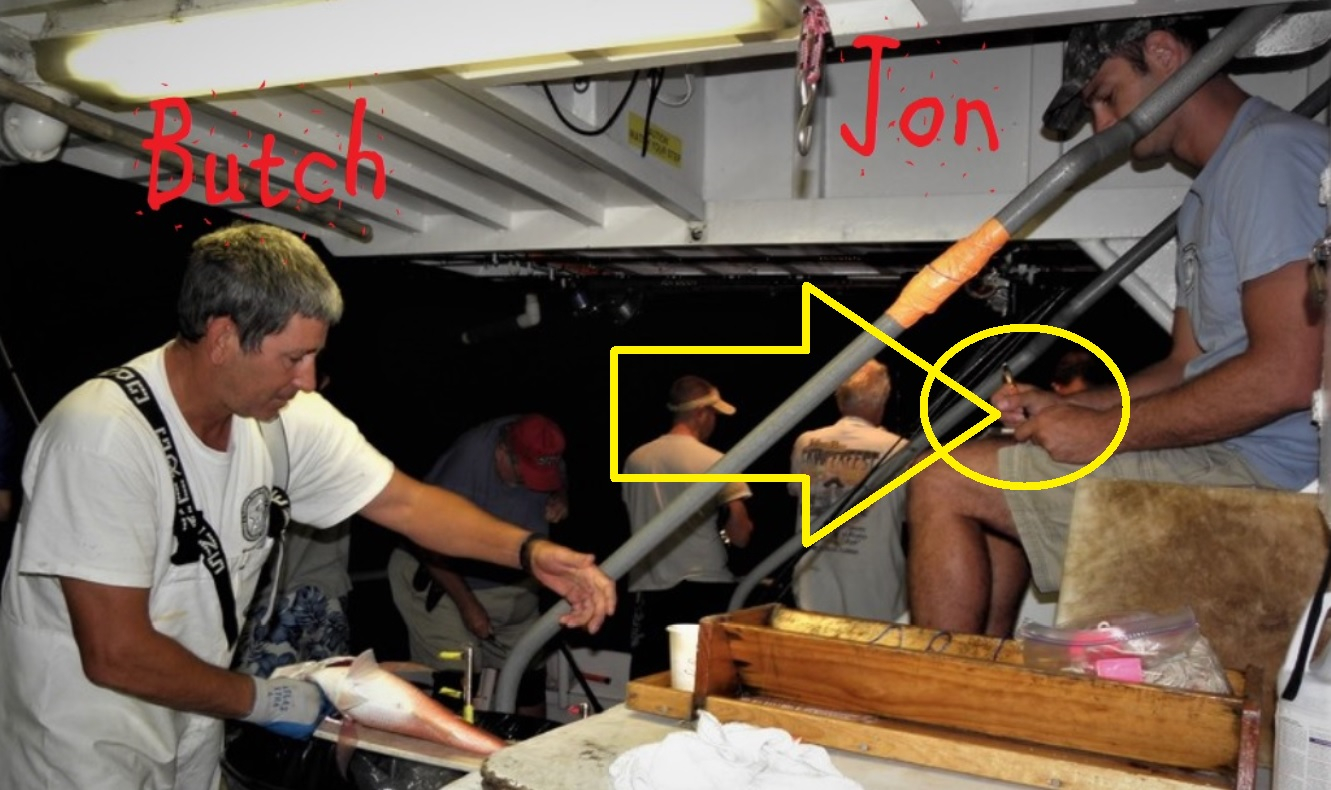 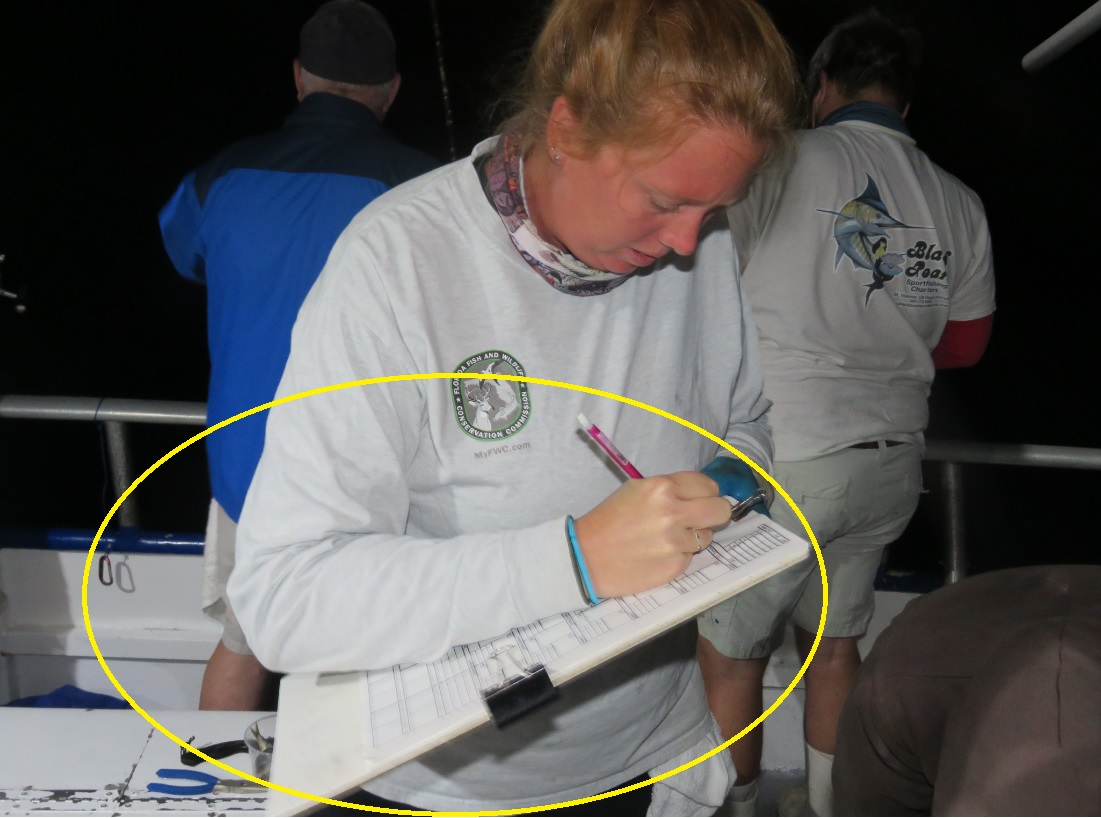 Data is collected 100 miles off shore: 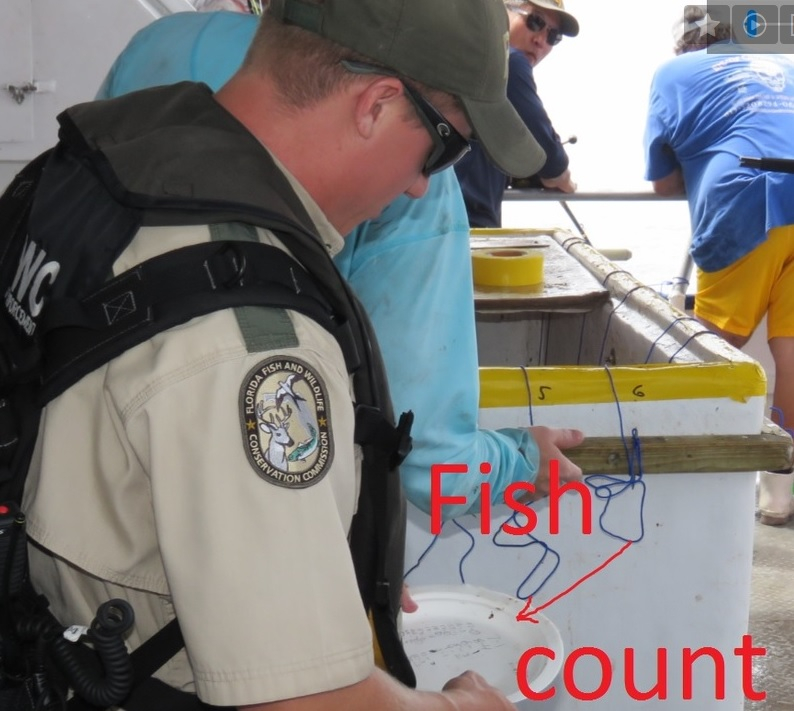 What this FWC officer was more impressed with than anything was the fish count records kept on the Florida Fisherman ll.
An accurate tally is kept and forwarded to NOAA. 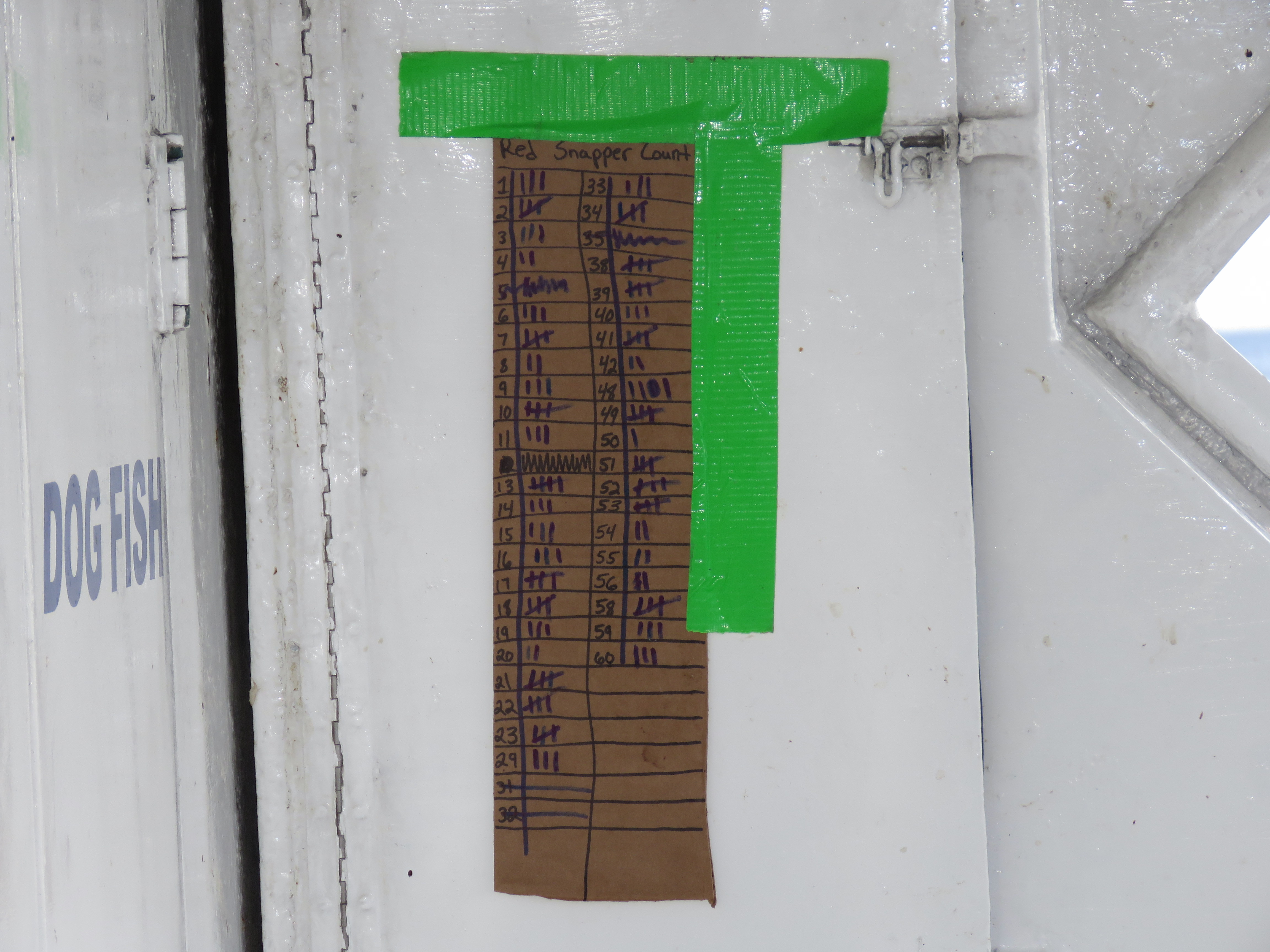 These types of accurate data counts proved that the federally permitted head/charter boats DID NOT REACH their quota for 2018; thus an extended season from June 1, to August 2.
Hopefully the,  Gulf Reef Fish Survey will lead towards an extended season for everyone..
0 · Share on TwitterShare on Facebook