Problems with sharks while tarpon fishing 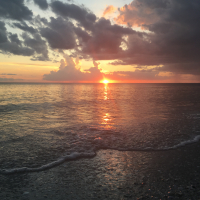 MulletMaster239 Southwest FloridaPosts: 71 Greenhorn
May 2019 in General Fishing #1
I can’t keep them off my lines. I fish from land so there’s only so many options I have as far as spots, and whether in the river, the inlets, or on the beach I keep getting sharked. Seems worse than ever this year since many species have been heavily protected for a while now. I prefer using 130 lb mono leader, but a 6’ blacktip will bite through the 130 lb in no time, and even the small bull sharks in the river have no problem biting through it. I see that large lemon sharks over 9’ can be landed on mono because their teeth seem to be designed more for grabbing than tearing and ripping and aren’t heavily serrated like bulls and blacktips.

I’ve tried wire so I can save my hooks,
I go through A LOT. While I’ve caught a few tarpon on wire leader, it seems they are far more likely to take a bait on a mono leader in my experience. Would I be better off using a heavier mono like 300-400 lb test, or should I try a lighter wire like #8-#9? Any thoughts on which would have less visibility in the water when they’re being leader shy? Or should I just stick with the 130 lb mono I get better action with and accept the crazy amount of bite offs from the sharks? 100 lb mono worked even better but the bigger fish over 130 lbs have frayed through it in the past since I am on land and can’t pursue after them.