First weekend of may offshore

Friday was pretty much slick calm with 1 ft seas and very little wind.  We ran out of boca grande pass and set up shop in 105 ft of water. Got a couple nice yellowtail snapper, a couple nice porgies, a nice triggerfish and a couple legal red grouper.  Had some surface activity with big splashed so I deployed a flatline with a frozen sardine.... Didnt take long and the rod bent over but quickly unglued with just the lips of the sardine left. Pitched out another and within 2 minutes the drag was screaming and the fish was off to the races.  After a solid fight, the beautiful blackfin was gaffed and high fives all around. 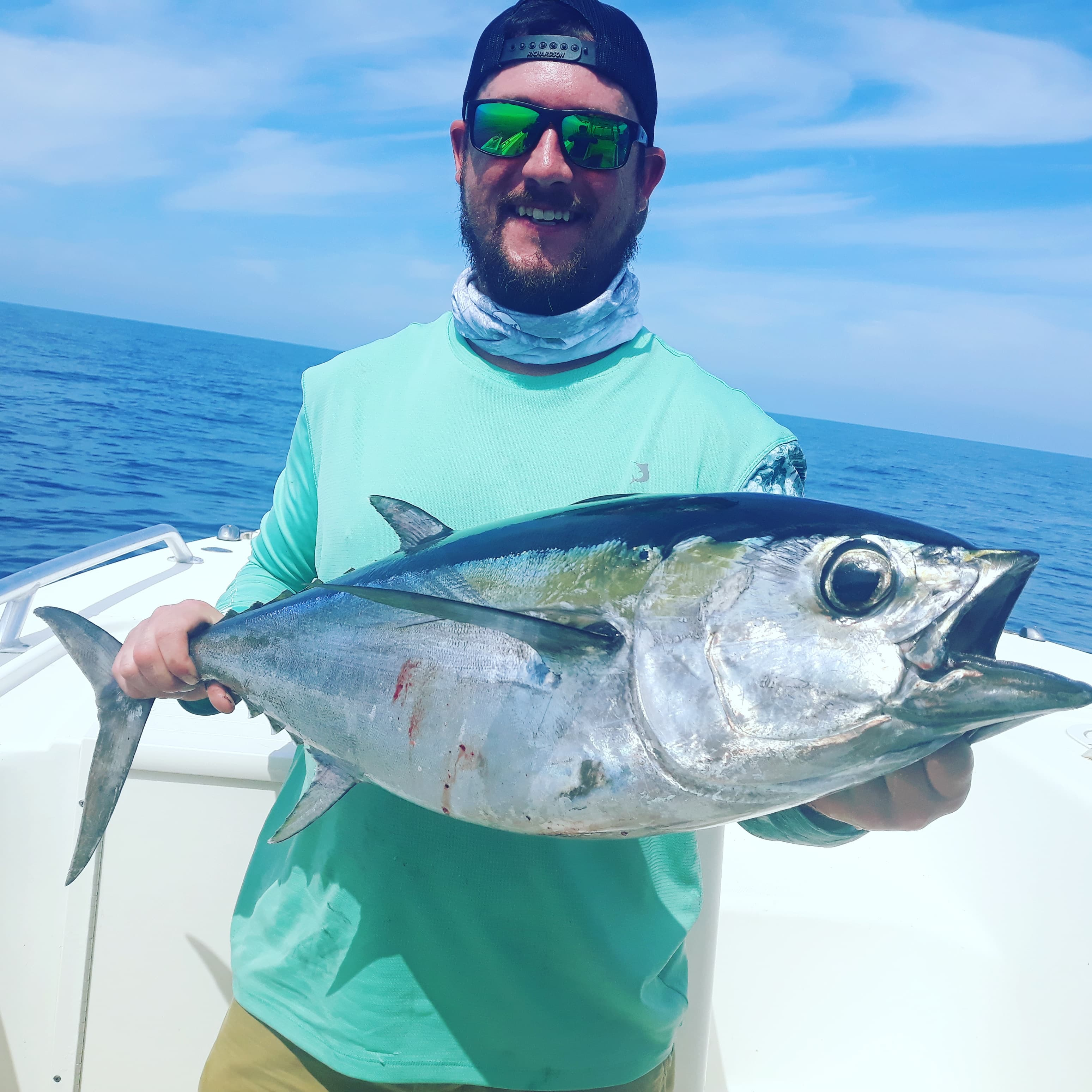 Deployed another flat line but no more action.  We pushed on out a bit deeper and dropped in 120 ft. We had a couple whopper hits that got the best of us and got back to their hole. Another good red grouper was added to the box.  Deployed flat line here as well and landed a good size bonita. Flat line went off again and was absolutely dumping line. ended up pulling the hook after 6 or 7 minutes... another nice blackfin... We worked the area and got several more big hook ups that ultimately beat our anglers back to their hole.

All in all another great day on the water in SWFL. 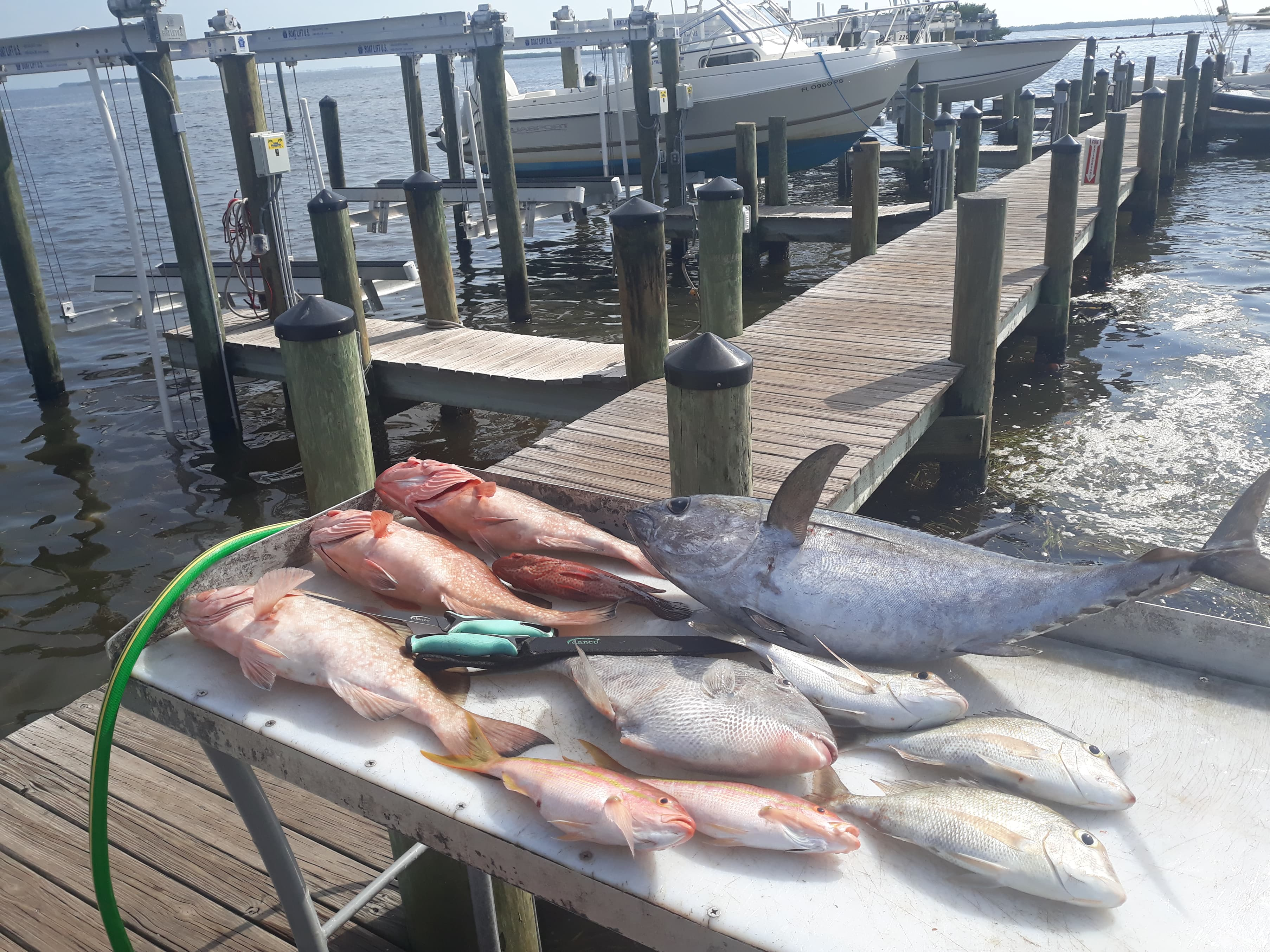 Saturday we took off out of captiva pass heading for deep water. First spot in 115 ft was pretty barren, with a few big marks but nothing coming to fruition.  On to the second spot and the fish were much more cooperative.  Had some monster hits that got the best of us, and landed a couple really nice red grouper in the upper 20 inch to low 30 inch range. A pair of very nice american red snappers were caught and released as well. Ended the day with some nice grouper in the box for some great meals! 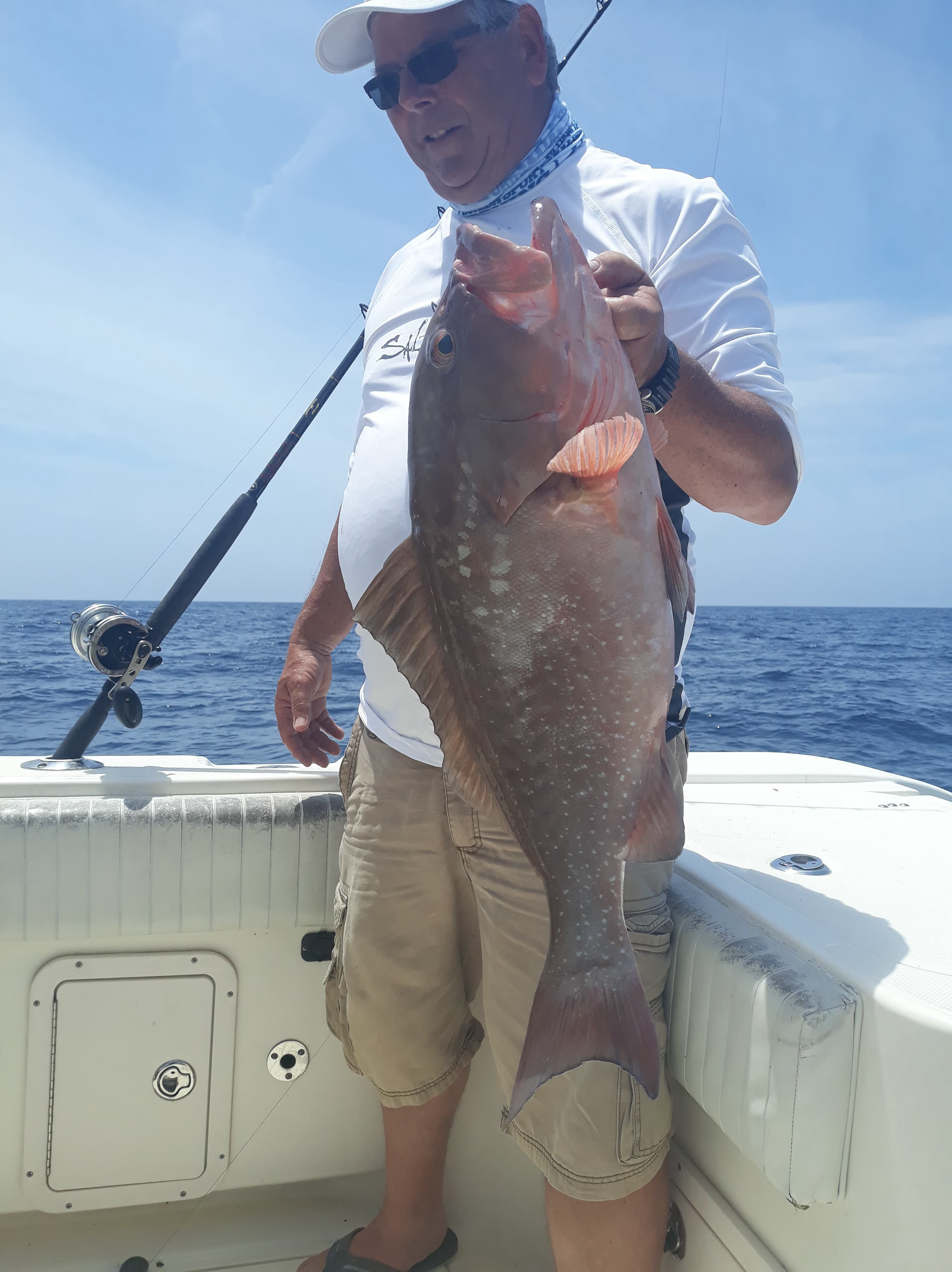 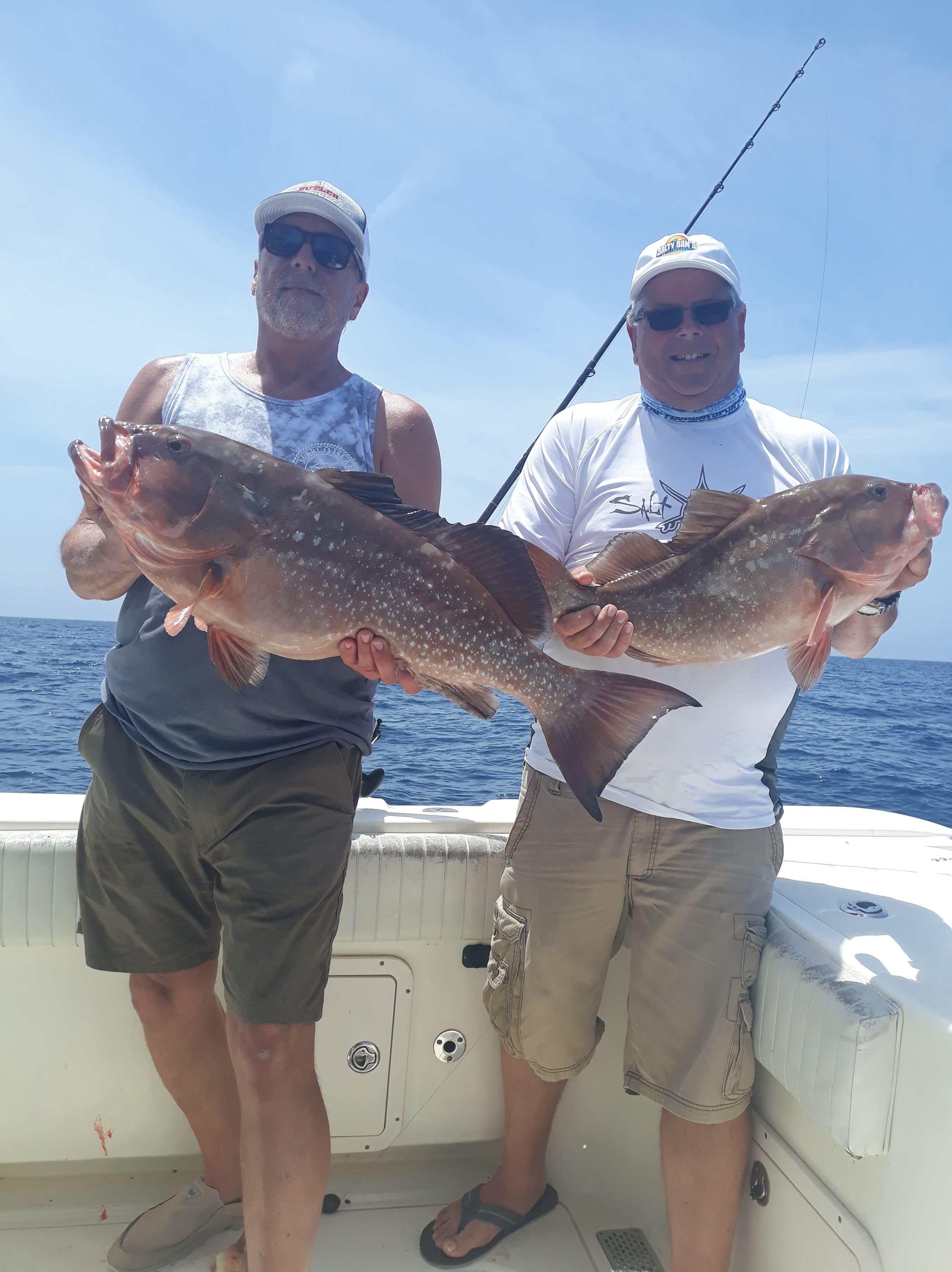 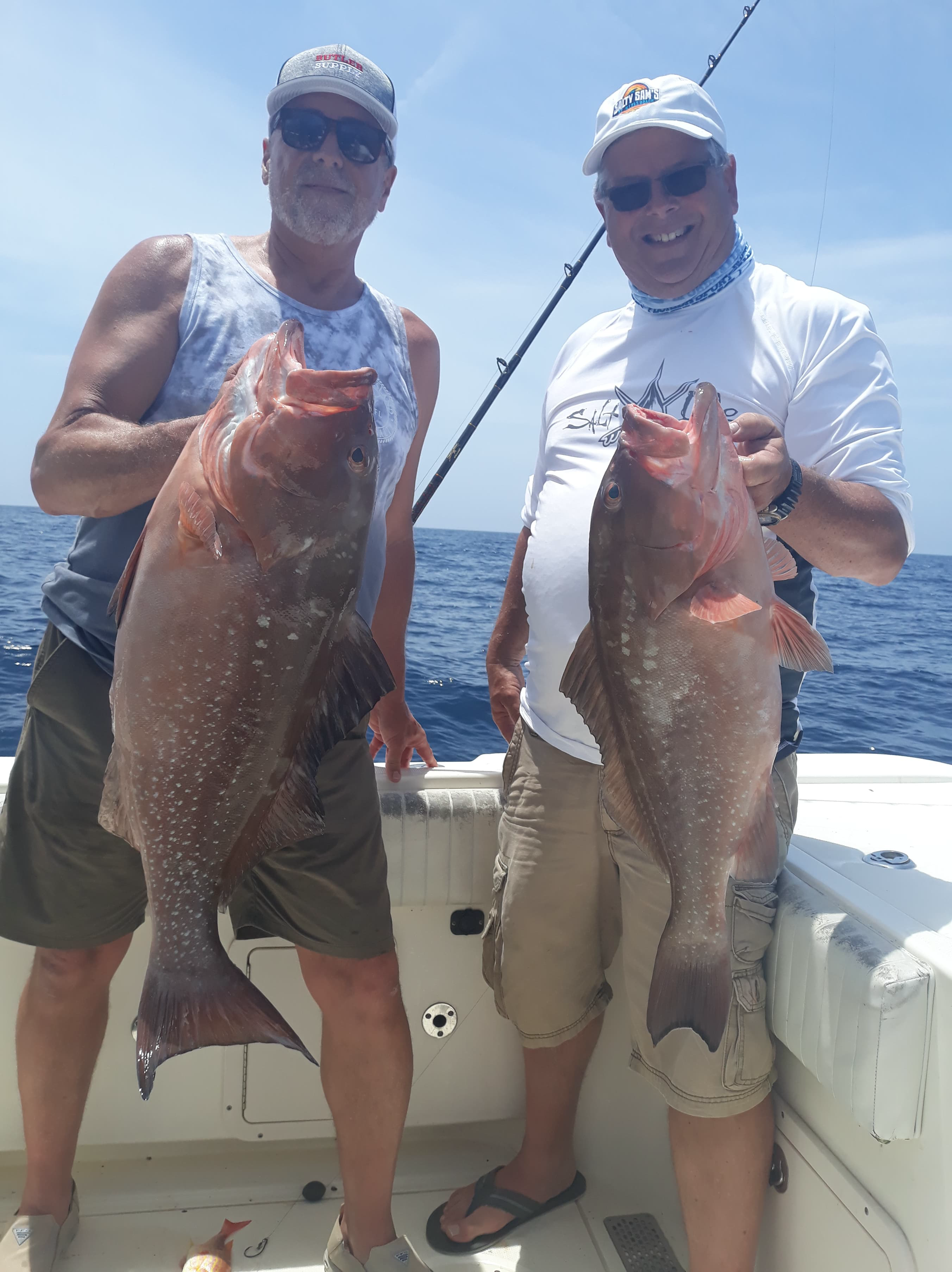