4/21 Hillsboro to Delray offshore - No Wahoo, jigging was good!

Last month during the full moon I was finally able to get out there and try high speed wahoo trolling for the first time. Never did it before, but we got a giant hit in 220' off of Boca at 15 MPH on the big black/white Islander/skirt/egg sinker lure, and that meant only one thing - wahoo! About 20 minutes later, the fiancée handlined the last 40 feet of leader and I stuck the gaff in this beast! Not a giant, but it was our first on the boat and our first high speeding which made it extra special. 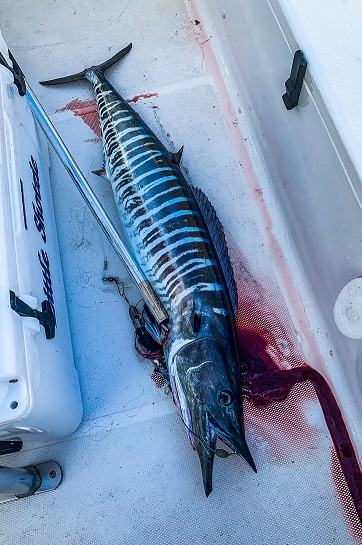 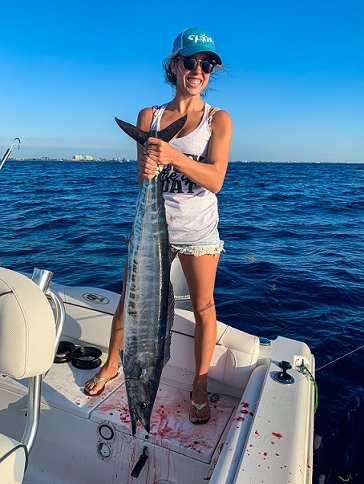 Fast forward to yesterday, and I'm super excited to try high speeding again. I think the first time spoiled me. No wind, little cool, a few days after the full moon; conditions seemed perfect for wahoo. We were heading out of Hillsboro Inlet at 6:15 AM, and had lines in the water by 6:25 and started the high speed zigzag northwards. Beautiful morning on Easter Sunday. 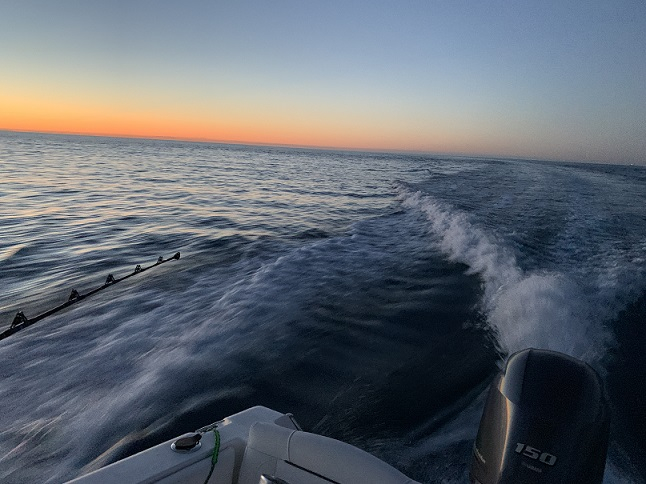 We trolled all the way to Delray and back towards Boca by 8:30. No wahoo to be found. No hits. Lots of little rips and the water seemed clean. Almost no weed near shore but I think that was because of the west winds the day before. Saw some blackfins jumping after some bait in about 130' off Boca early in the morning, for anyone that is interested.

We hit a local wreck with the vertical jigs on light spinners and the depth finder was absolutely lit up. We caught 6 nice almaco jacks. No need for pictures of those, we've all seen them. We were back at the dock by 10 AM.

I'm an absolute newbie when it comes to the wahoo scene, and I know they're rare off our coast here compared to the Bahamas, but do you think I did anything wrong? I made S-turns from 120/140 to 230/240 and back. Did the same thing the first time we tried and we had a hit in 130' and then hooked the one we caught 5 minutes later in 220'. Yesterday no hits at all. What speed is the "best" when high speeding here? What are "good" Wahoo conditions compared to bad ones? (And before anyone says to try planer fishing, I really don't like catching kingfish/bonita, high speeding eliminates those.)

Also, if you ever see me around Hillsboro/Boca, say hi! Look for a 21 foot Sea Hunt named Little Shotzie. If I'm not cruising around with a giant golden retriever on the bow, I'll be on the reef looking for yellowtail snapper, or looking for mahi offshore. Give a wave! 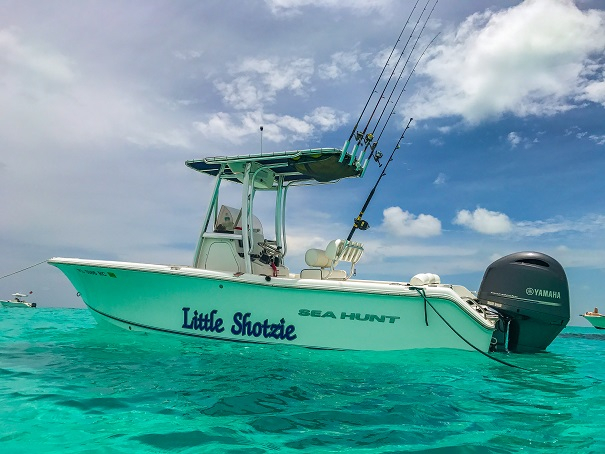