savemejebus Posts: 60 Greenhorn
March 2019 in South General Fishing & The Outdoors #1
Went out of Hillsboro around 4pm to flat seas. Messed around over some wrecks and drifting pilchards but nobody was interested. As the sun set, we made our way to an anchor spot for some snapper fishing... or so we thought. The blue runners were so thick that it was **** near impossible to drift anything by them. Didn't really matter though because on 4000 size reels they are a hell of a fight. It was made all the more fun because the whole night we were harassed by a huge barracuda. Every fish was a daunting task of getting by the cuda. As evidenced by the picture, we weren't always successful. The two halves are the ones we saw get smashed. We lost at least 3 - 5 others to him. Tried catching the cuda by hooking up a smaller runner and sending him back out, but he was too smart for that. Oh well.

We did manage 2 legitimate flag yellowtails, a couple decent mangroves, and a couple lane snappers. Had a lot of fun, got a good workout with the runners, got a show with the cuda, and got a few dinners out of the snapper. All in all not a bad night. Some of the runners we re-use for bait, and the others went to various friends that actually eat them <barf> 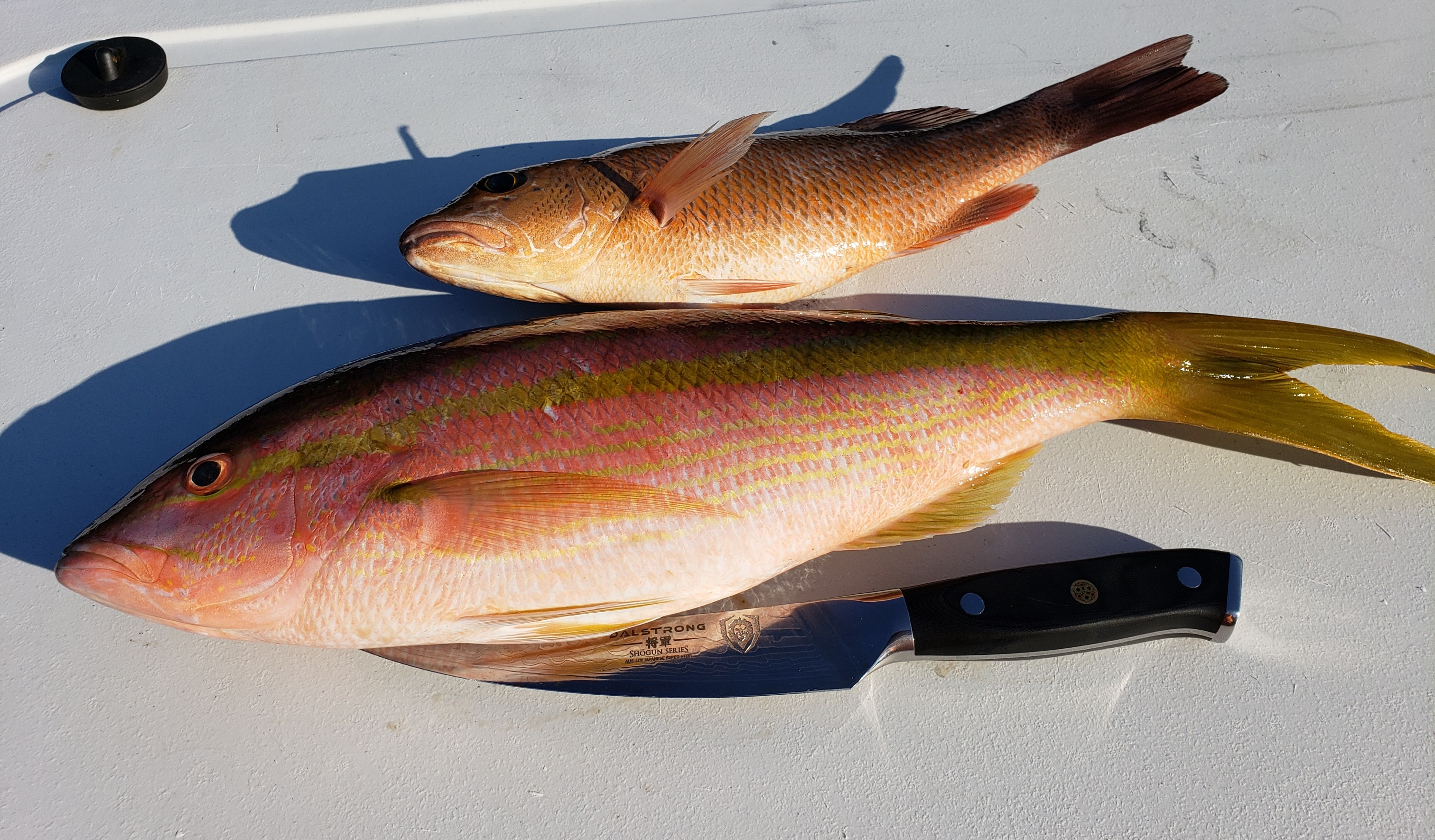