Pompano Bch  - 18 Jan 2019  - I Launched off around 5am and found Goggle-eye bait fishing slow, So I headed out to areas I usually find runners for the live well off structure out deeper and it was sparse.  Trolled a yozuri crystal minnow on the way out for zero strikes. Everytime I hooked a runner bait, it would get bit off by a barracuda. Even caught a dang Cuda on my sabiki rig. 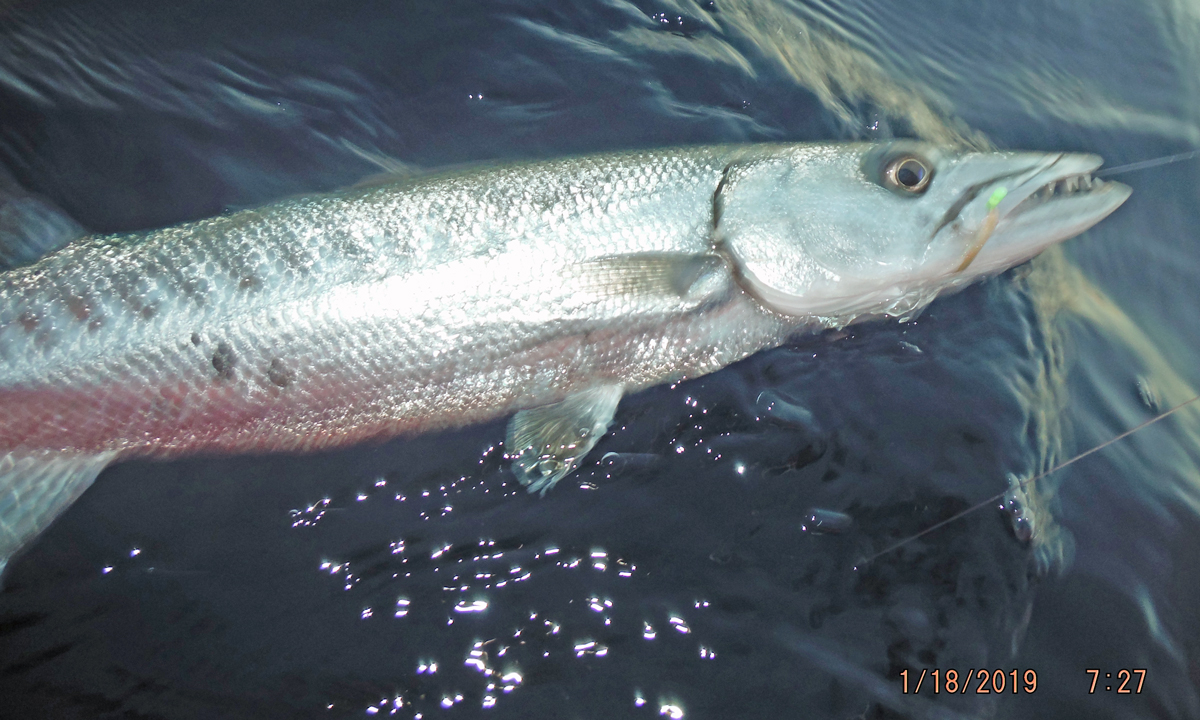 Finally around 8am gave up on bait with just 1 runner, grunt and sand tilefish to work with.

Every wreck I hit was sparse.  After several hours of trolling bait and jigging from 75-275ft, I headed down to the stink hole for the outgoing tide.  It was slow, but atleast the weather was beautiful, so even if the fish were not going to cooperate, it was a nice day on the water with mild Sth current.  I kept telling myself that all it takes is one good fish to turn a mediocre day into a good one. It happened around 1pm. The vertical jig was struck with what first felt like a big blue runner -- shaking a lot, but winding up easily with little weight.  Then it took off….making several hard driving runs deep, I was thinking big blackfin, but the stamina waned, and up came the stripes !! The wahoo was being chased by a Barracuda, so that made things interesting. I started pedaling to hopefully get the Hoo away from the Cuda. 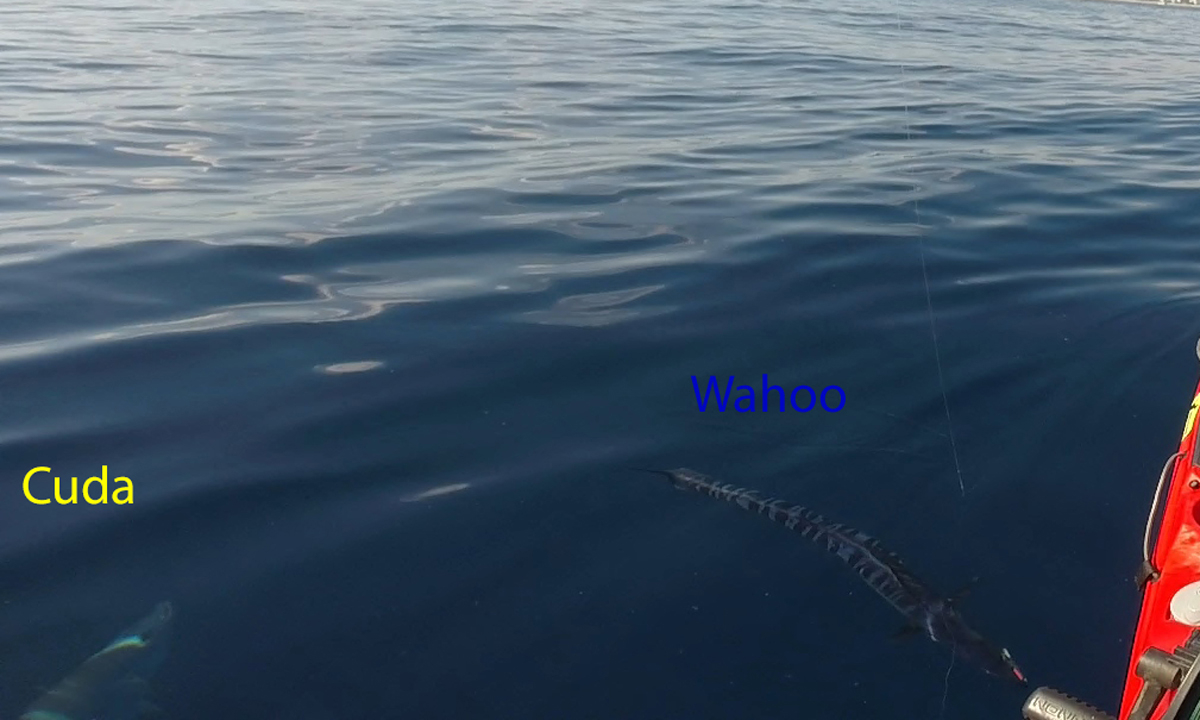 The belly gaff went well, and there are few sights I enjoy more than a freshly gaffed Wahoo off a kayak. 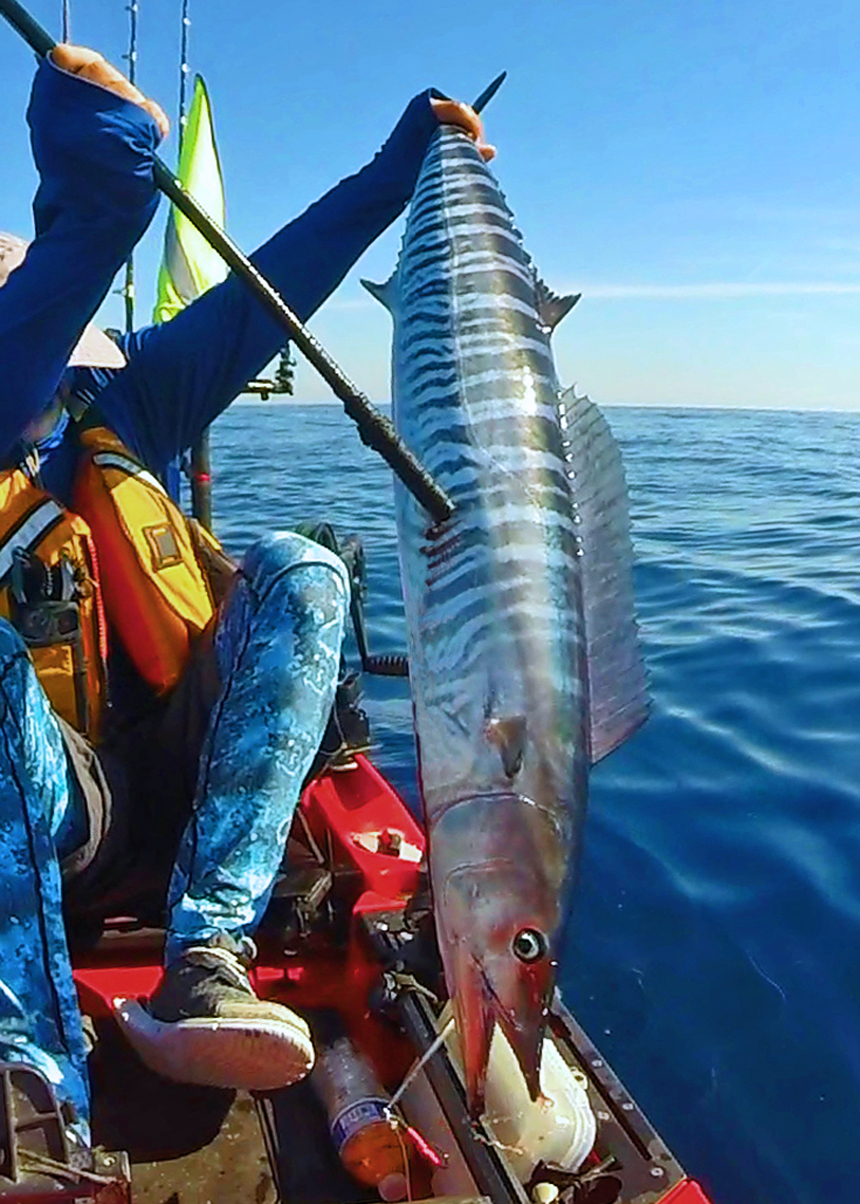 It was not a giant, but finally my curse of losing jig hooked wahoos on casting lures was broken.  A curse that kept me from landing hoos in Baja, Panama as well as most recently in Sth Florida. 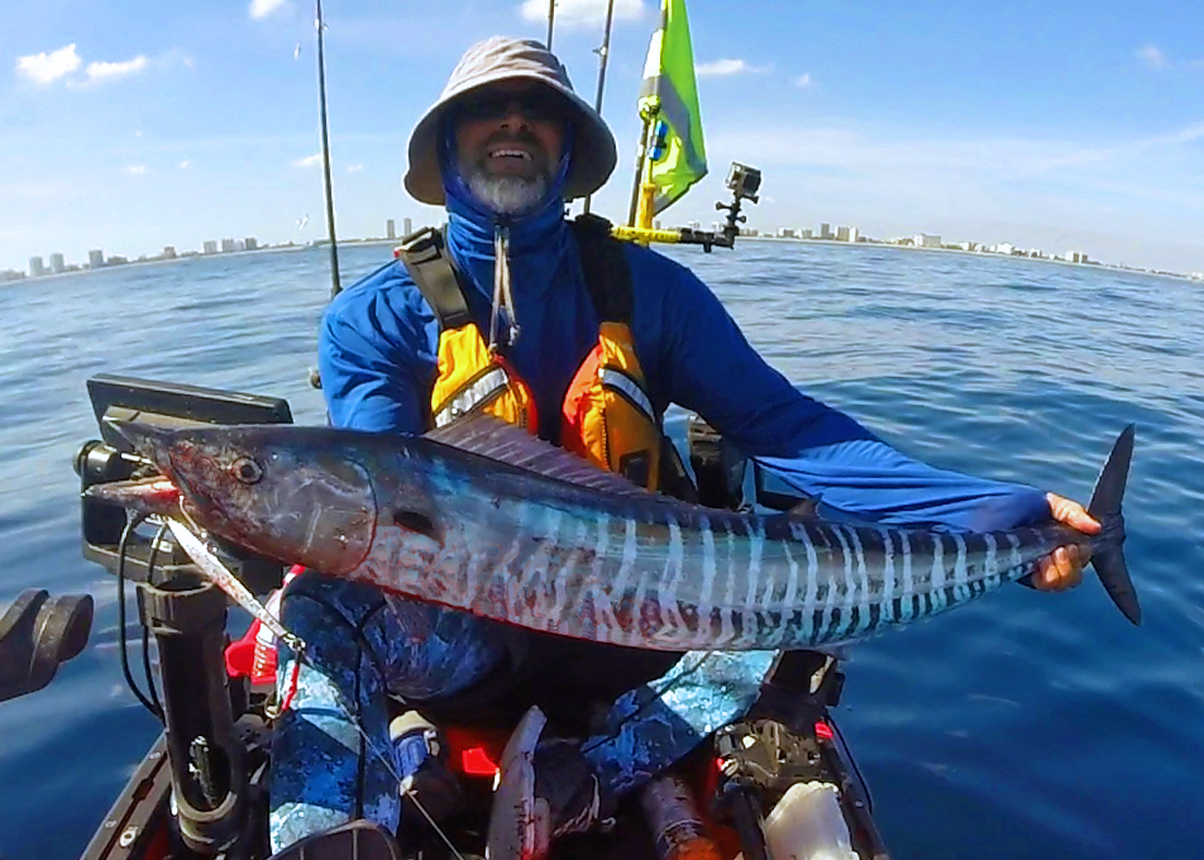 When a wahoo strikes a retrieved jig, swinging the rod usually results in a lost fish.  Steady winding is the prescribed method for success. Wahoo are notorious for clamping down on jigs -- the whole fight can occur without the fish being hooked.  Alongside the craft the wahoo decides to open it’s mouth and the lure slingshots out. Anglers have been hit by their lures in such incidents. Even crazier are the stories of wahoo following lures out of the water and into the boat.  One smashed through the galley window of a sport boat back in the days when Wahoo were more abundant. 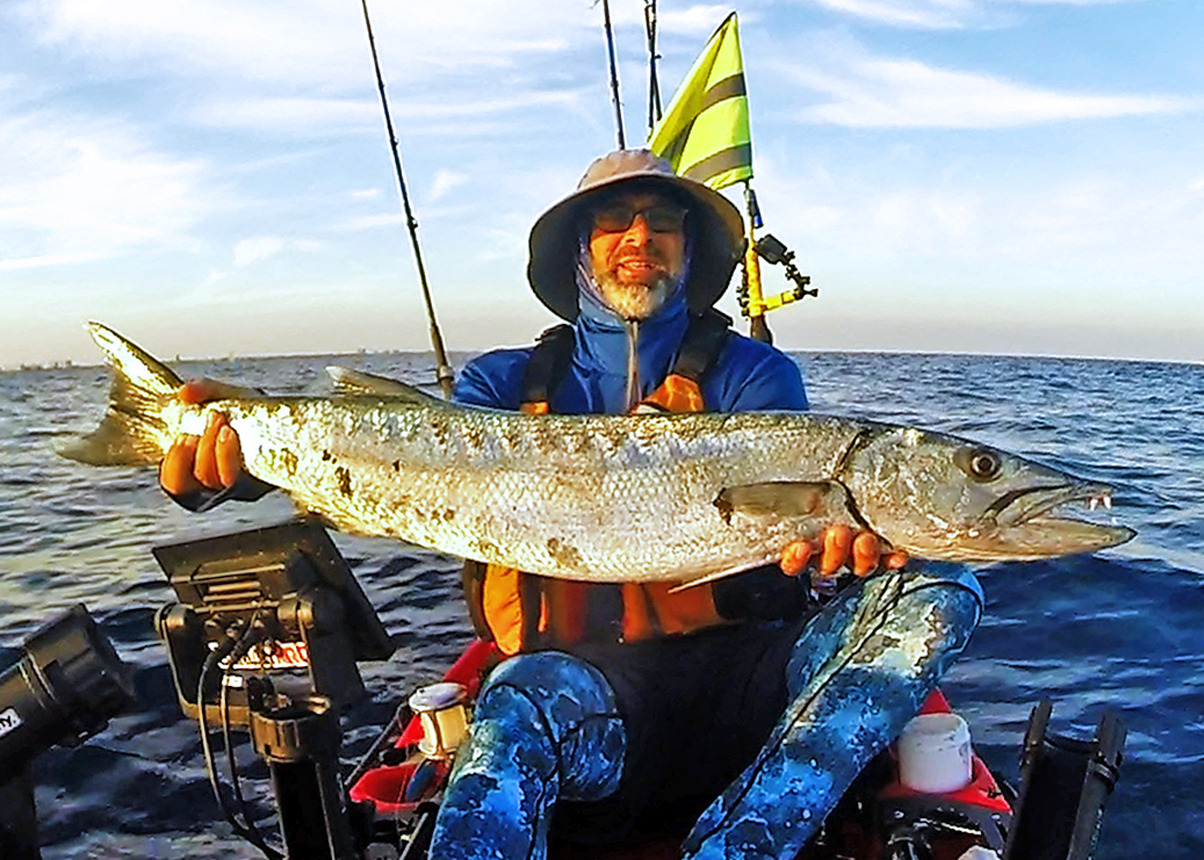 A fellow yaker did head out to 340ft and found large football Blackfin Tuna, jigging up 3 before calling it a day.