Bassin Assassin Posts: 1,317 Officer
January 2019 edited January 2019 in West Central General Fishing & The Outdoors #1
Launched on the LMR just before 1pm. Water was high due to the rain and temp was between 59 and 62 where I was. It was pretty stained also. Weather was good with a nice breeze, but the cloud cover around 4pm really dropped the air temperature. Lures that caught fish were the 3" RT Mullet paddle-tail in gold pearl shad and the 3" RT Sardine in electric chicken on a 1/16 oz MF jighead. These colors worked well in the stained water. In clearer water, I used the 3" and 4" mullet in silver smoke shad.
Worked one spot up river, but no luck. Back into a favorite shallow bay. Wind had picked up. Water was stained and a chilly 60 degrees. Tried the Strike King Redfish Magic, but no luck. Switched to the sardine paddle-tail and got some action. Picked up a small snook at 1:25 pm. Two minutes later a dink snook. Another small snook at 1:28pm. Picked up a decent snook of 20" at 1:31pm. Working along and got nailed at 1:34pm. Set the hook and a fish came to the surface thrashing his head. This was a better fish and gave me a nice fight up to the boat. Finally realized it was a red. After a seesaw battle for a minute, I slipped the net under her. She came in at a chunky 24.5". 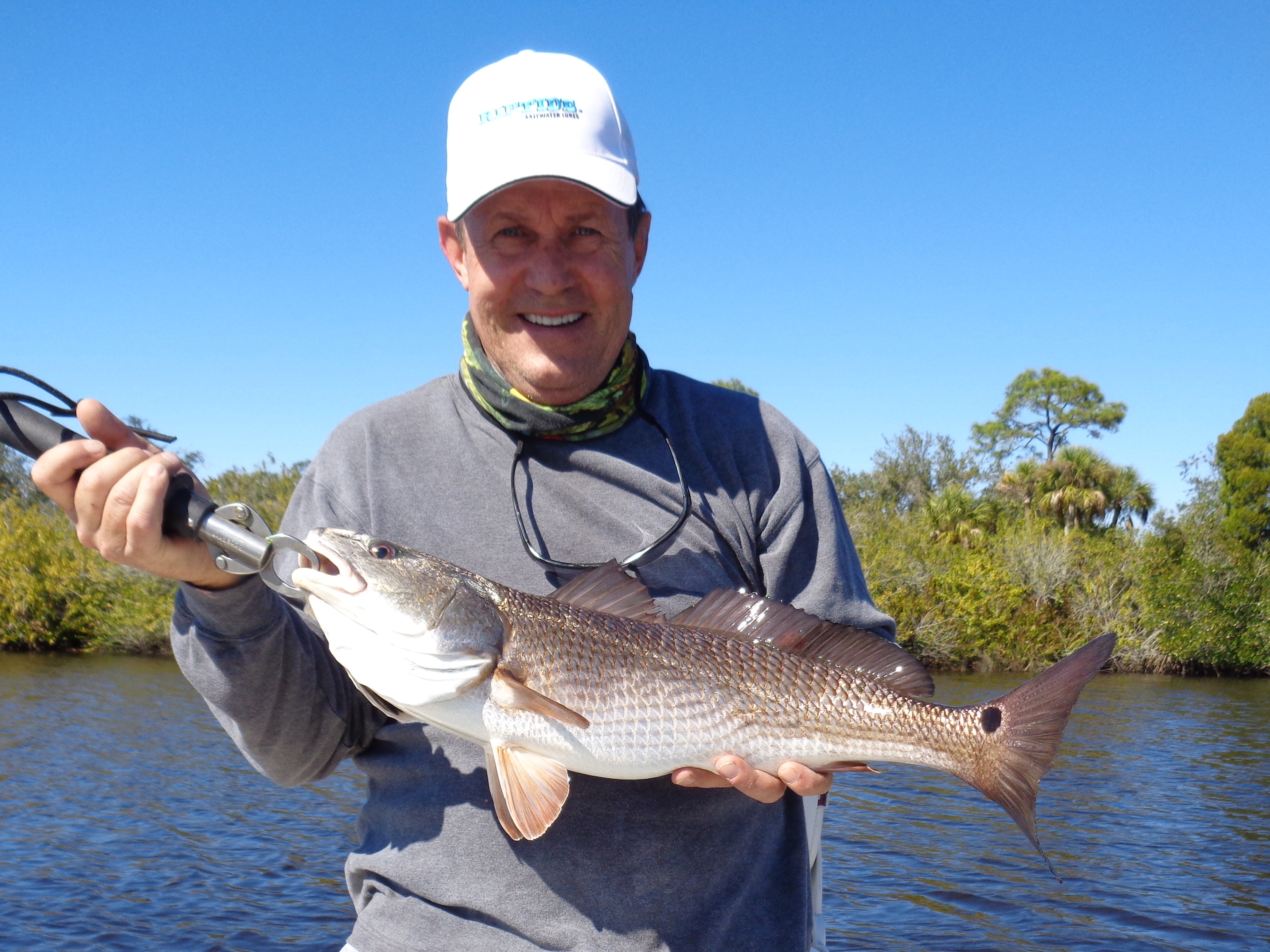 Another dink snook at 1:43pm. His brother a minute later. Hooked into a rat red at 1:48pm. Just two minutes later, I set the hook on something with a bit of weight. Turned out to be a pretty nice snook of 27" that gave me a good fight. 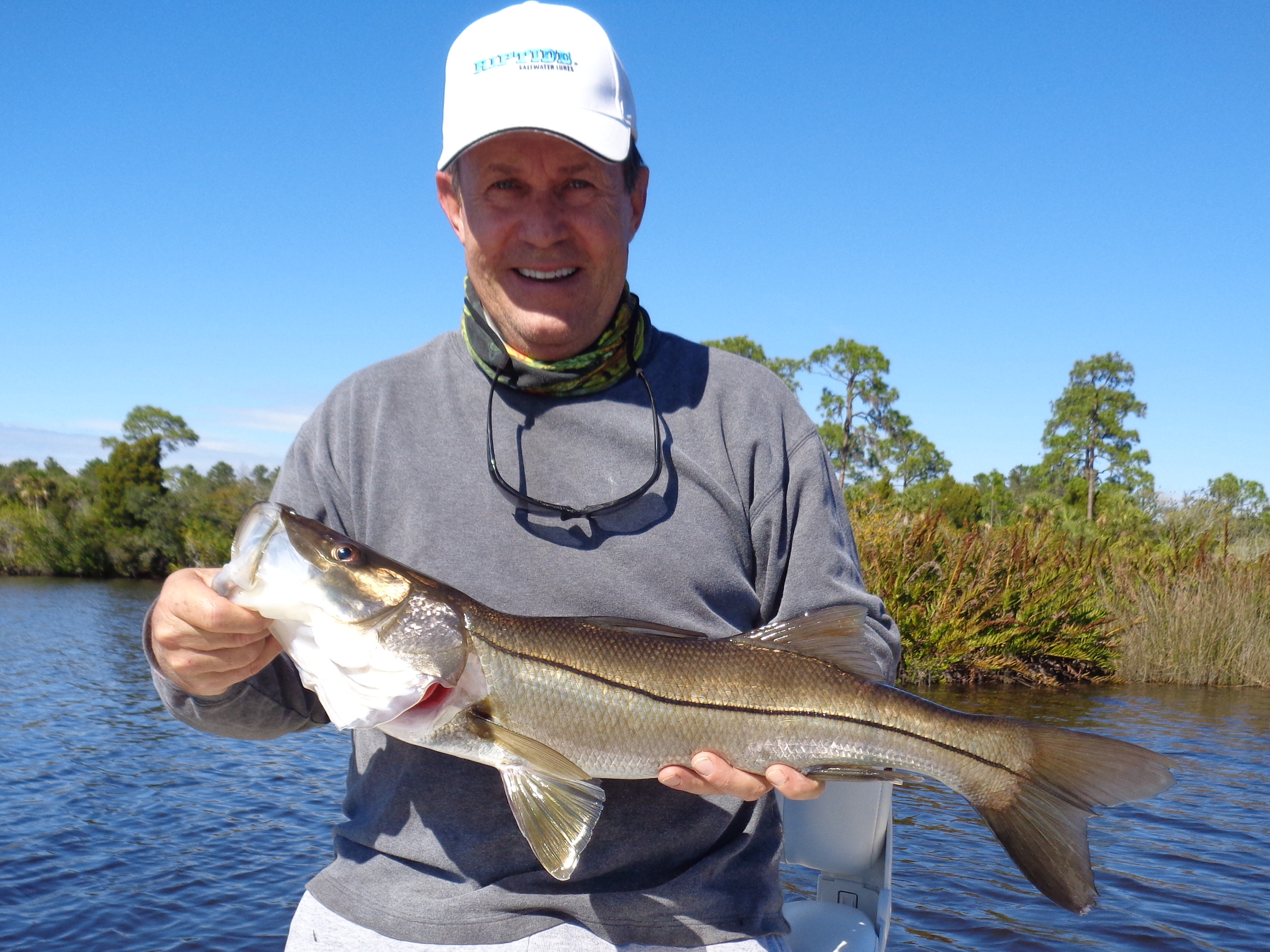 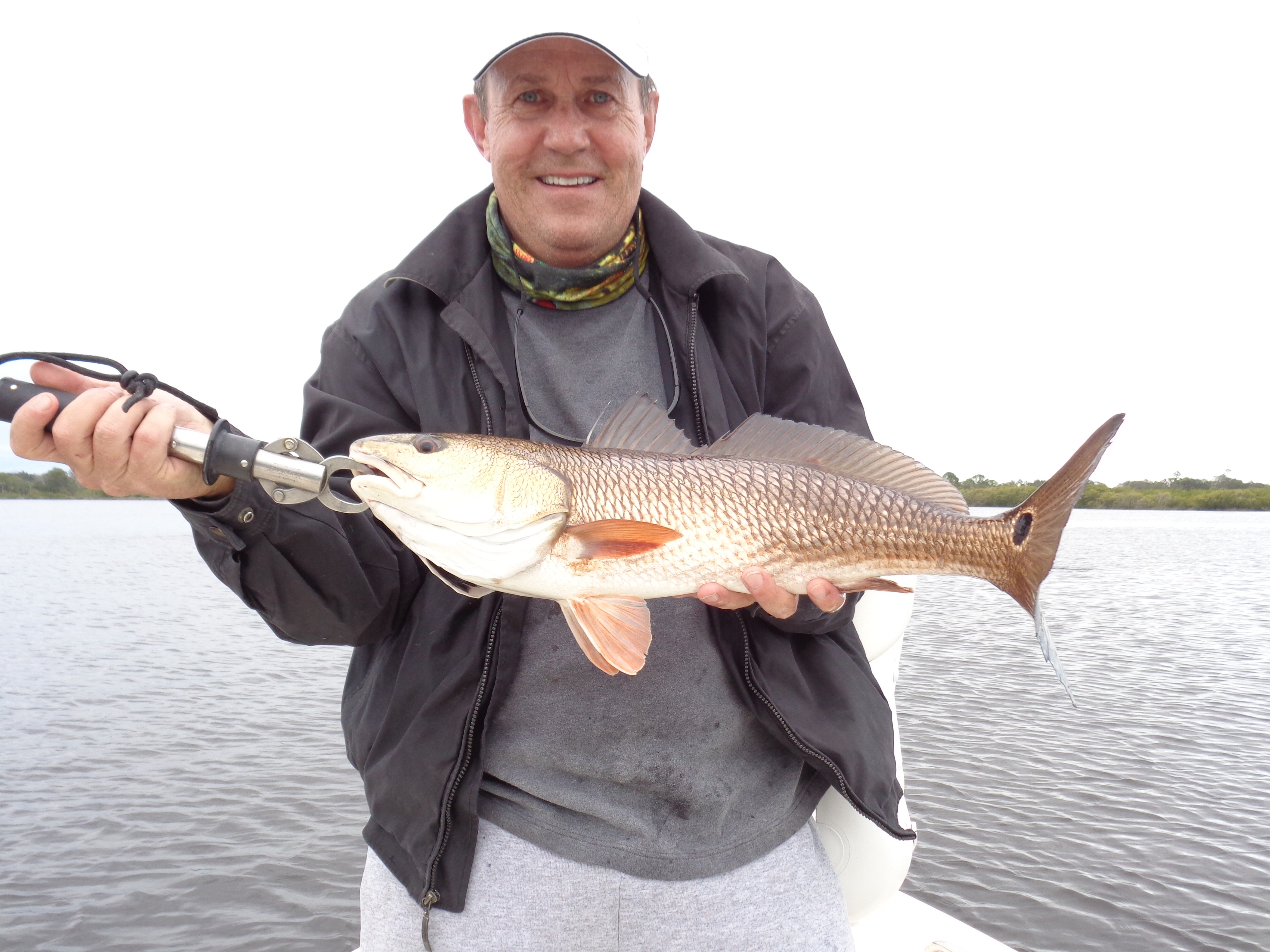 Another small jack at 4:18pm and a small snook at 4:24pm. Worked the other side of this bay for a while, probably too long, and got no more strikes. Did set the hook on something near the boat, but my braid popped..
With about an hour left, I decided to head back up near the ramp to work some docks. Probed them with the 4" mullet in silver smoke on a 1/4 oz Bass Assassin jighead. No water movement at all. Worked a few and no luck. Skipped up under one at 5:41pm and got nailed. Turned out to be a decent snook just shy of 26". That was the only strike on the 12 or so docks I worked. By then it was dark so I motored to the ramp. It was a pretty solid day.
Final Body Count
Snook - 19 (27", 25.9", 20", 10 smalls and 6 dinks)
Reds - 4 (25", 24.5" and 2 rats)
Jacks - 5 small ones
Improve Our Fishery - Practice Catch and Release
2 · Share on TwitterShare on Facebook