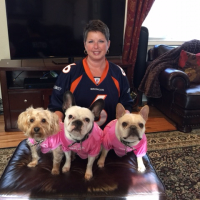 CherylK RuskinPosts: 4 Greenhorn
January 2019 in West Central General Fishing & The Outdoors #1
Hello I'm new to Florida and I have limited fishing experience - most of it in the lakes of the Midwest.

My dad is coming to visit and says he would like to go shore fishing. He has limited mobility so I'm going to try to find a place with a nice smooth dock or something.

I'm at a complete loss and I'm wondering  if someone might be willing to take me under their wing and give me a little advice so that I can take my dad fishing and make sure that he is legal, safe, and has fun :-)