larrywitt Posts: 2,744 Moderator
January 2019 in Southwest General Fishing & The Outdoors #1
I have not left my dock since this red tide situation water showed up, it has been months. I had an eager crew of Canadians who could care less about cold morning run out. I told them it would be a gamble. I had a few reports of nice sheepy around but they had lock jaw and would not eat. The wind was not in our favor or as forecast, it was a steady 10 to 15 mph.  the ride out was a wet one to the first reef . The key to success is being right over the structure they are feeding on   not 10 or more feet away. To try and anchor right on is all but impossible with the conditions we had. The  RHODAN  tried and did slow our drift off our spot, strong tide and wind were too much.
Then later in the day the winds did come down. the results were three nice keepers  17 inches and lot of bait stealers  some lanes and a grunt.
larrywitt 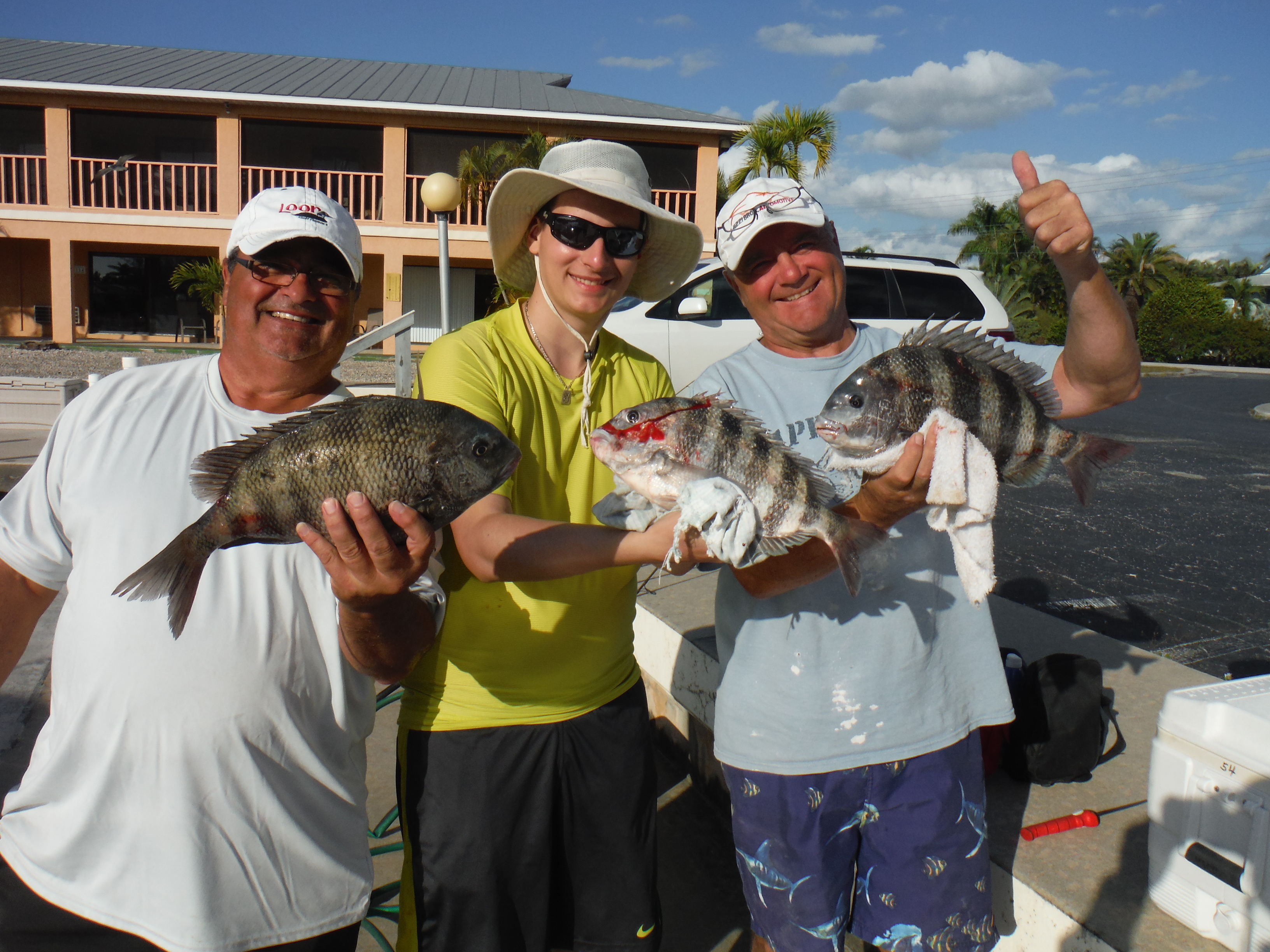