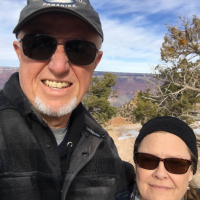 JoeCool Posts: 127 Deckhand
December 2018 edited December 2018 in Northeast General Fishing & The Outdoors #1
Bought a slightly used 2015 Griffis Craft (Stumpknocker) with  a 40hp Tohatsu tiller motor. I love the boat and have installed a new Ulterra with batteries in the forward locker. It has dual side consoles and the bottom is fiberglass over 1/2 marine board. My issue is that I am on the 2nd Depthfinder and the 3rd transducer and none of them will read bottom on plane. I have about 50 years boating experience and have installed literally scores of depthfinders.  Here is the history of my current issue ...

#1 - Lowrance basic 4" with transom mount transducer. Works great at trolling speed, but soon as I get on plane it begins to freeze up and/or read depth at about 10-50x actual depth. The Lowrance was small and I am better with Huminbird menus, so I removed the Lowrance unit and Installed #2

#2 - Installed Humminbird Helix 5 and transom mount transducer - The bird had the exact same problems as the Lowrance. I placd a straight edge on the bottom of the boat at the transom. There is about a 1/4" "hook" for about the rear 6" of the bottom. I just knew I had the answer - the hook was acting like an upside down spoiler, creating turbulence and causing the transom mount ducers to go nuts. #3 was my solution.

#3 - Swapped out the Hummingbird transom mount with a puck transducer. With the core board bottom, the only area to shoot thru-hull was about a 4" square area in the starboard side well which was obviously designed for a live well drain. I installed the,puck in a 3" PVC coupling siliconed to the fiberglass bottom and filled with pink antifreeze. When I launched the boat and idled out to the channel, I was optimistic as I had the clearest screen yet. Up on plane and alas! Same issues again.

Since the boat has a flat bottom, there is a chance that the mid-ship location of the transducer could allow air underneath when on plane.

After researching the issue, I see that a possible culprit could be interference from the outboard motor electrical system. I assumed that the issue was related to boat speed and planing, but could it be related to motor RPM instead? That would explain why it still occured with different depthfinders and transducers. I did try several adjustments of the transom mounts, from barely skimming to rooster-tail depth.

I am usually able to figure mechanical things out, but there are so many variables here.

My next step will be to put the boat in the water and rev the motor up to crusing RPM to see if it looses  bottom. If this does not reveal RPM related motor interference, my only option will be to try a 4th transducer which would require drilling a 1" hole thru the hull and mounting a true thru-hull transducer near rear center of the boat. The manufacture says that this is not a good idea as even a small leak will damage the composite bottom. If the test reveals RPM related interference, what is the easiest way to fix it?