bigfinn35 Sarasota/VenicePosts: 638 Officer
December 2018 in Southwest General Fishing & The Outdoors #1
Headed to the Venice jetty with some live shrimp around 6:30 AM, threw the net around Albee bridge a few times and got nothing so decided to start fishing. Water was very cloudy around the jetty, so after 30 minutes with no bites and two snags I decided to pack it up and move over to the Blackburn Point bridge. Got one 22" snook on the first cast, then moved over to the other side of the bridge when the next ten or so got me nothing. Fished the lee side of the southern bridge pilings using shrimp on a jighead and managed to land about 6 sheepies in a couple of hours, keeping the 2 biggest for my skillet. Lost quite a few more than that (still working out how long to let them eat the shrimp before sticking them), including a very nice one that looked to be 5-6 lbs about a yard from me. Smaller shrimp seemed to be the ticket. Caught one more decent snook around 25" before running out of bait and heading home, but there were plenty of fish still chewing in the cold. Smaller of the two sheepies that I kept is pictured. 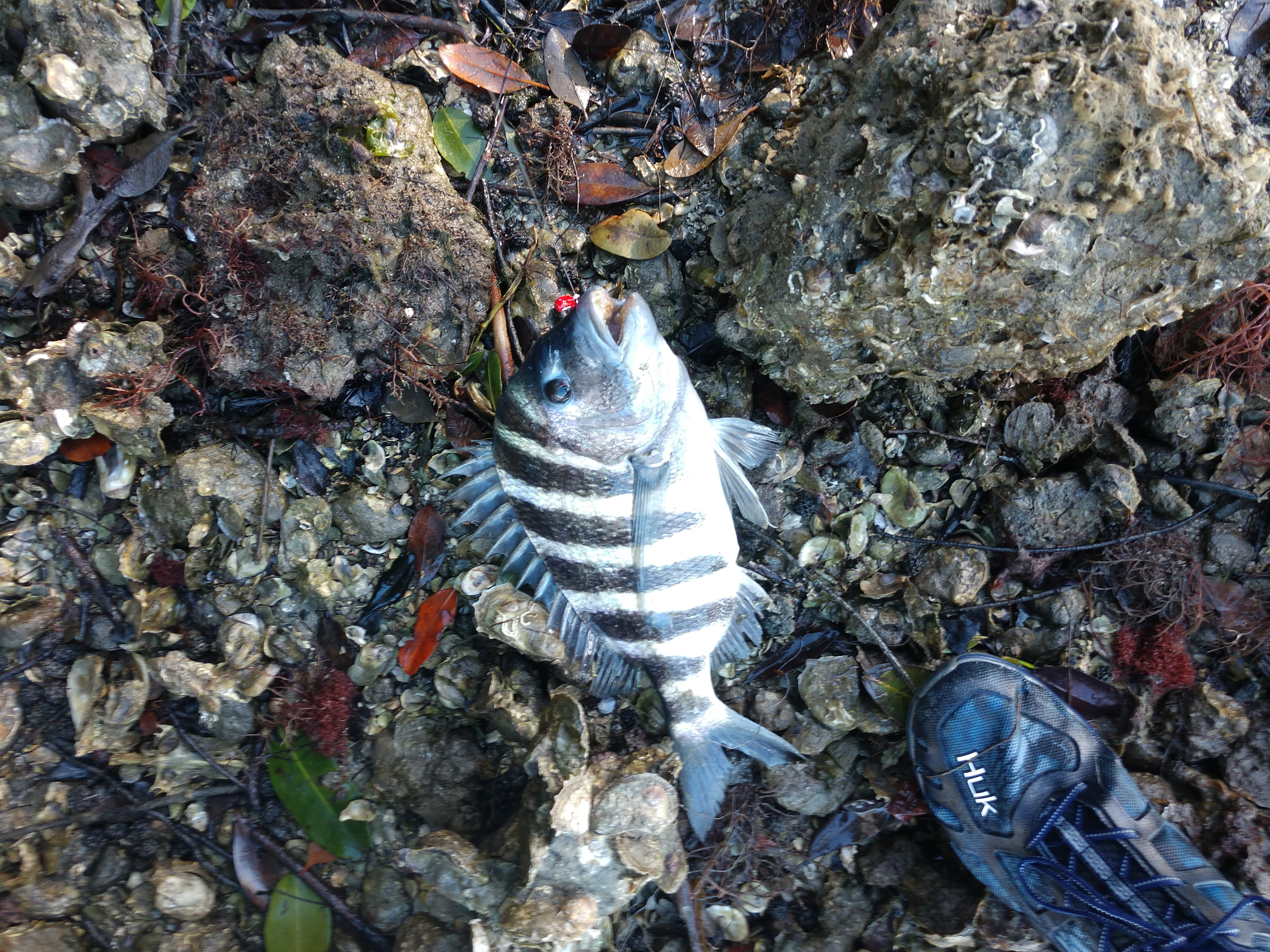 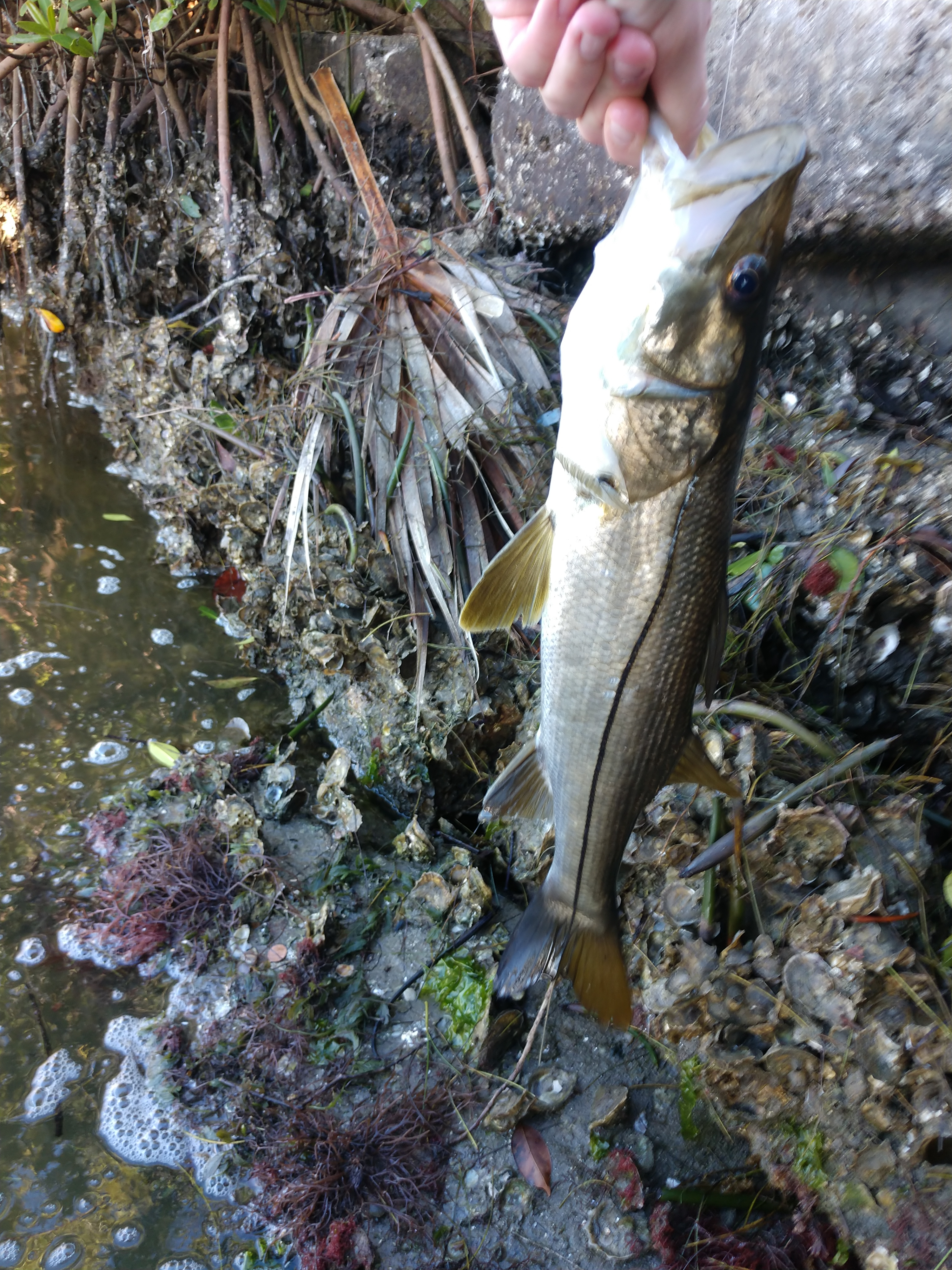 Water was very clear by the bridge, saw some bait splashing as well but decided not to net them as the shrimp were producing just fine. Question, though: anyone know a good area to catch or buy some live fiddler crabs? Kept wishing I had some as the sheepshead kept nibbling pieces of of my shrimp and missing the hook.
Paddle faster, I hear banjo music.
2 · Share on TwitterShare on Facebook