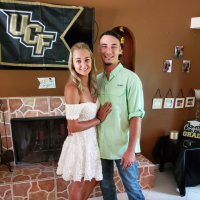 FlatsMatt96 ChuluotaPosts: 1,358 Officer
December 2018 in Off Topic #1
My mom is obsessed with celebrities, she loves all of the drama and stuff. She also loves the royal family and wedding and drama and crap. I guess what I am asking is, does anyone actually care? Like, I just cant understand the obsession with celebrities, their relationships and drama. Let alone that of another country. I dont care so much to the point it has the opposite effect on me, it angers me. Does anyone else feel this way or is it just me?
If youre going to burn a bridge, dont just burn it, use C4 and make a statement.
0 · Share on TwitterShare on Facebook