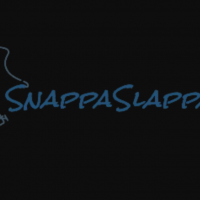 clarosa Posts: 933 Officer
November 2018 in West Central General Fishing & The Outdoors #1
Haven't posted in a while and figured I'd give a quick Gag report. We had a group of 4 guys wanting to do a Gag grouper charter so what better day than black Friday to keep away from the hustle and bustle on the roads today. The tide was super low today where our boat is at in Hudson so we had to wait until 8:15 to push off. Luckily we had our pinfish traps out already and had about 50 in there. On the way out in 25' of water I wanted to troll and see if  could pick up a few on some scattered rock piles. Took all of 2 minutes and first rod went off, then second rod. Double header and both were keepers...one 25" one 27". Good start and although we lost a few very big ones that pulled off, we ended up catching 3 more keepers along with a handful of shorts too, in an hr and a half. We decided to head to a ledge in 35' that usually holds fish to do some bottom fishing. As soon as we anchored everyone's rod's bent over! Three grouper, two 23", and one around 28". We plugged away, lost a few very large ones, and caught a few shorts and another keeper around 30". All before even trying a live bait. I decided to grab the biggest pinfish in the well and threw it on the two speed and handed it to one of the clients, Brice, and his rod doubled over immediately! After some tense moments he got the big gag's head turned and pulled up the last, and biggest gag of the day..a 32 incher. With our limit reached, we messed around with some grunts and tried for some kings. Caught one king and a bunch of grunts and called it a day by 2:30. Gag's seemed to be hungry as we never even made it to the area we wanted to fish....didn't need to. 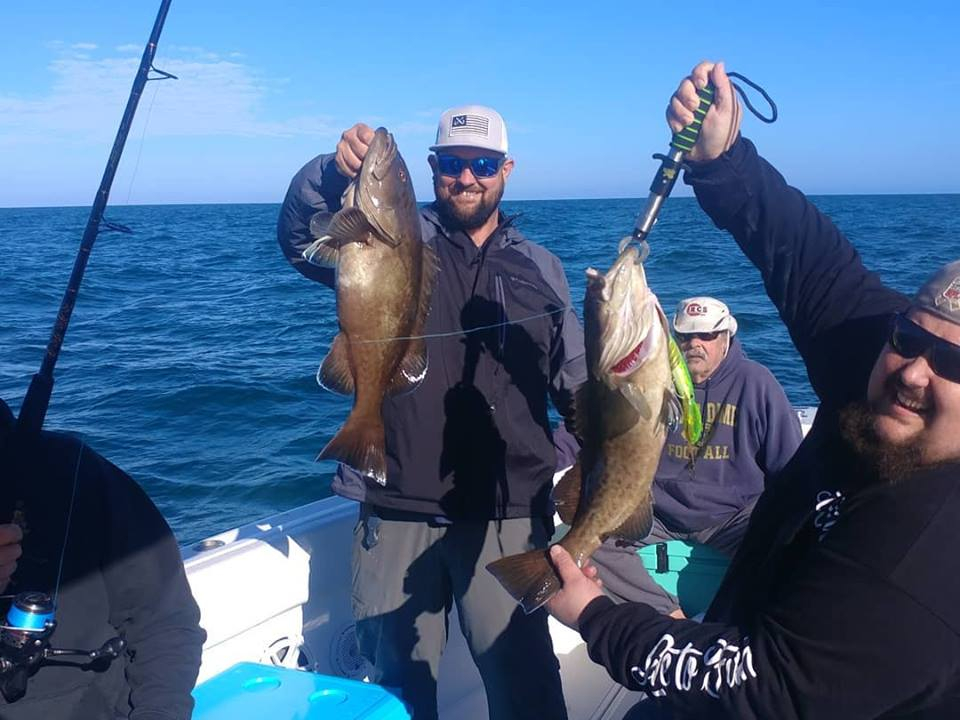 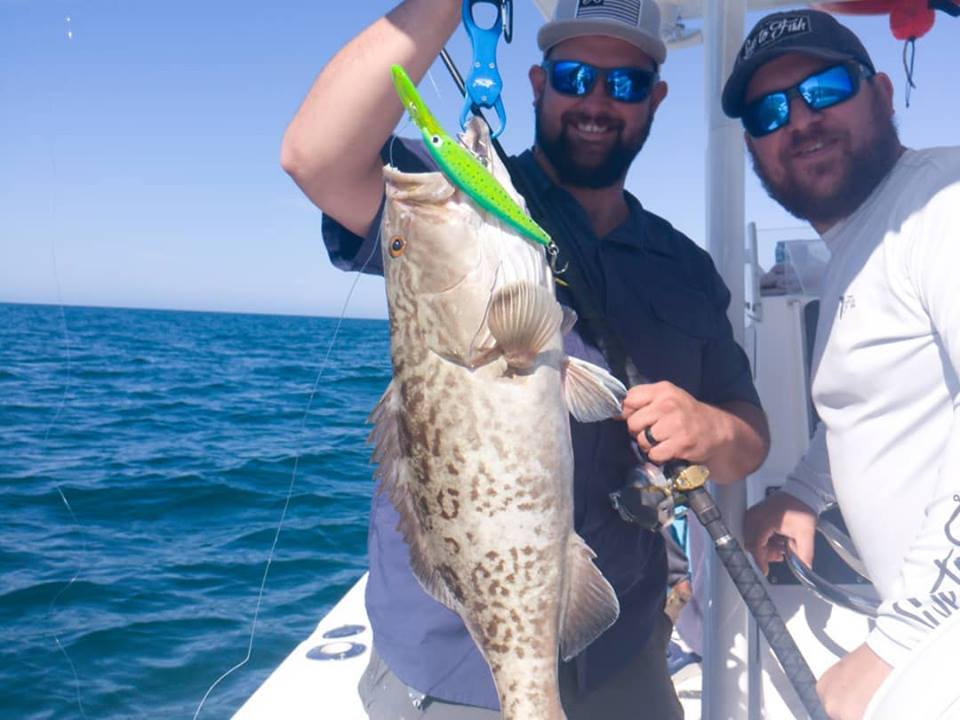 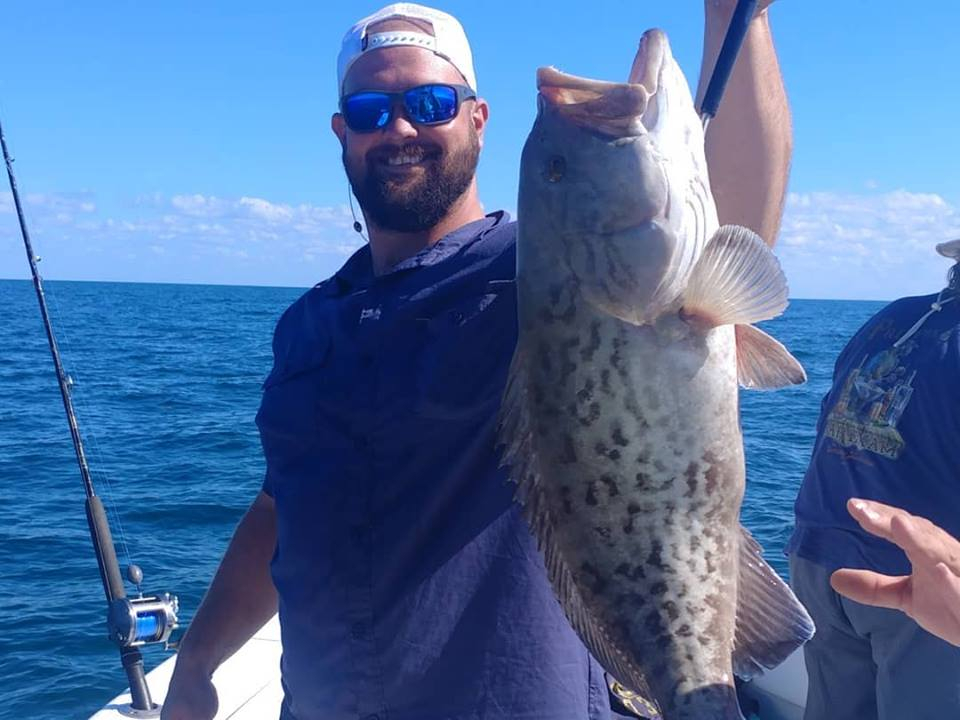 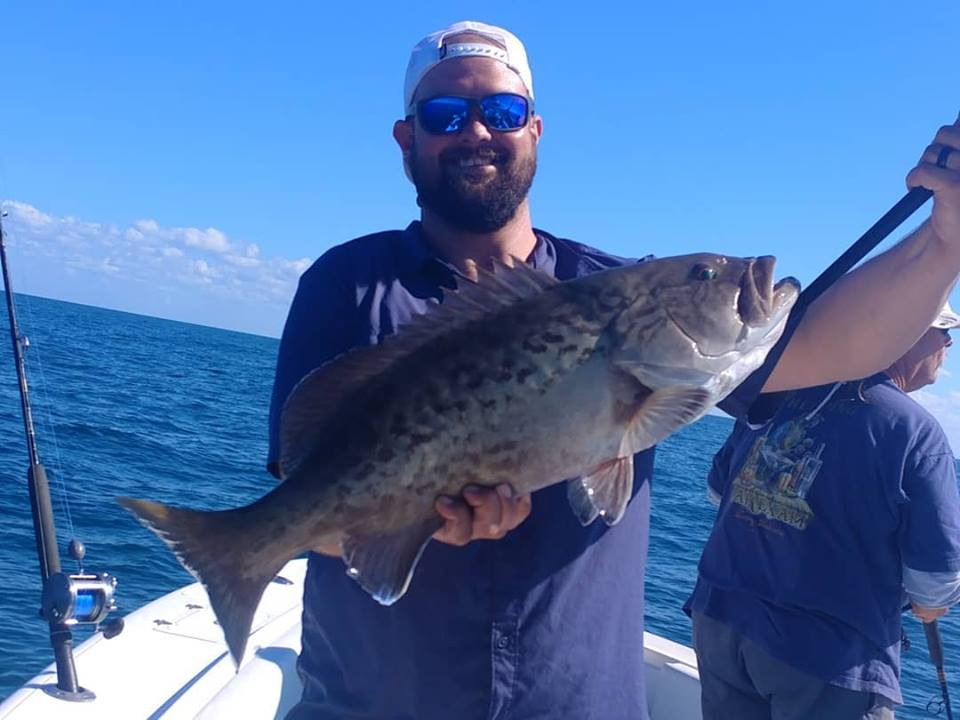 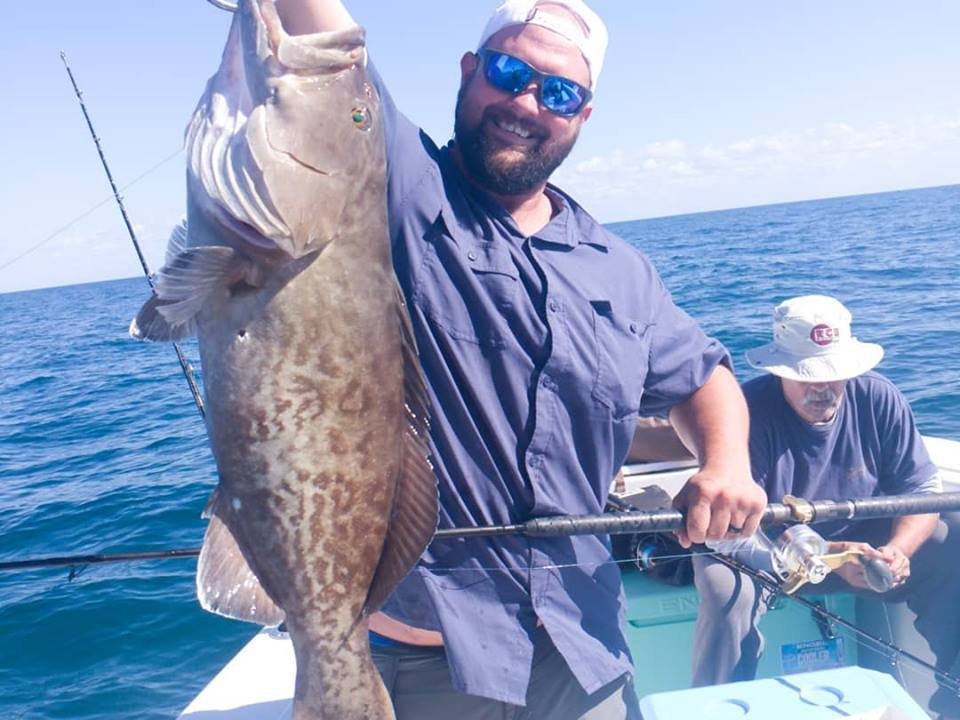 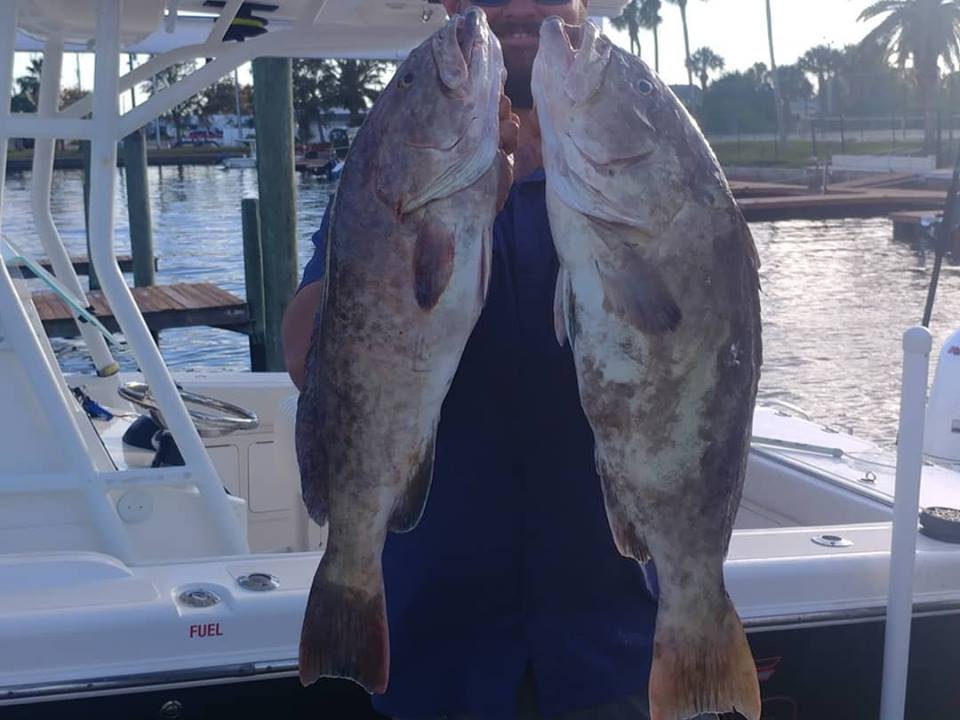 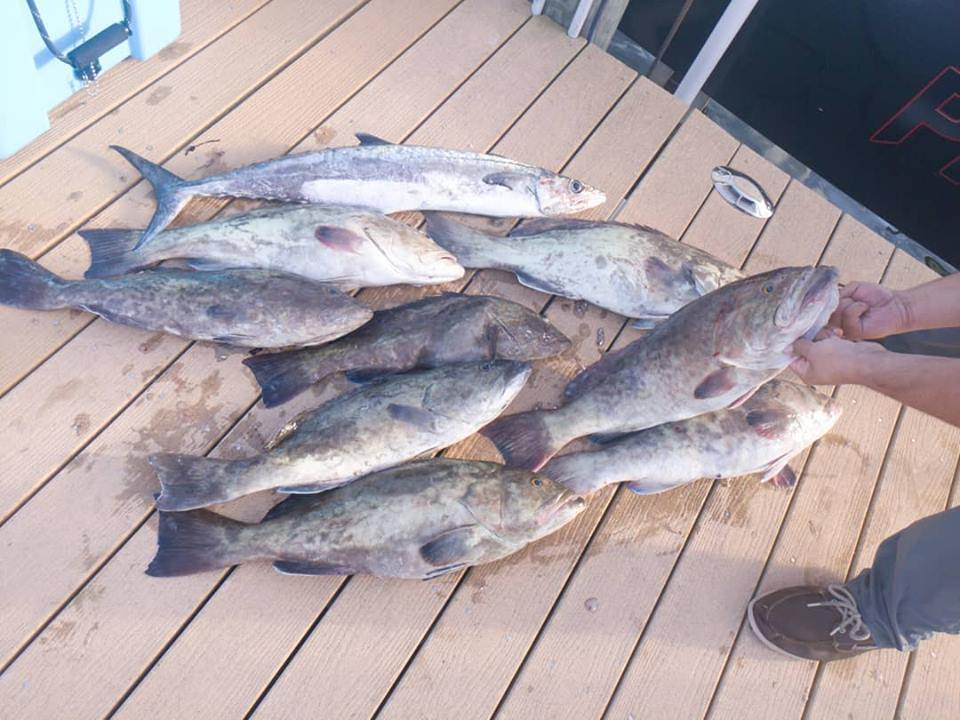 SnappaSlappa jigs, Made By Fisherman FOR fisherman