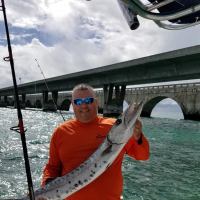 Tania and I made it out this morning around 730am. The seas were over 3ft, so we stayed in the intracoastal. Since the water temp has dropped, 72 degrees, we were hoping the sheepshead would be in. Our first stop was one of our sheepshead spots. Tania caught a short snook (16in) and lost something decent; however it was not very productive so we moved spots. Our second spot was a bit difficult anchoring due to the lack of current and the winds, so with nothing biting we moved to a new spot. The new spot produced several snapper, but all were too short, so we moved to one of our go-to spots. There Tania caught 3 short groupers and a bunch of snapper, I caught 1 sheepshead (15in), 1 mangrove snapper (12in), a bunch of lane snapper and I lost a large snook. I was happy to bring home the Sheepshead and the Mangrove Snapper. After we got home I was rinsing the gear I had a friendly neighborhood Black Racer say hello. I chased him out of our yard, as Tania is deathly afraid of snakes, and he perched himself in the neighbor’s bush. All in all it was a great day spent with my best friend!! Tight lines! 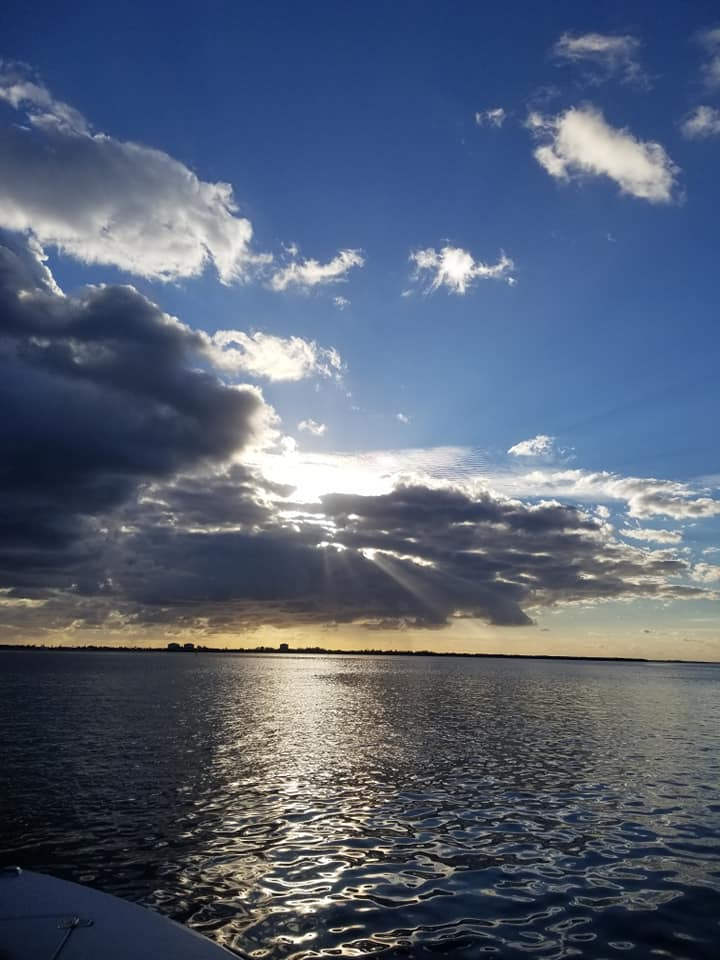 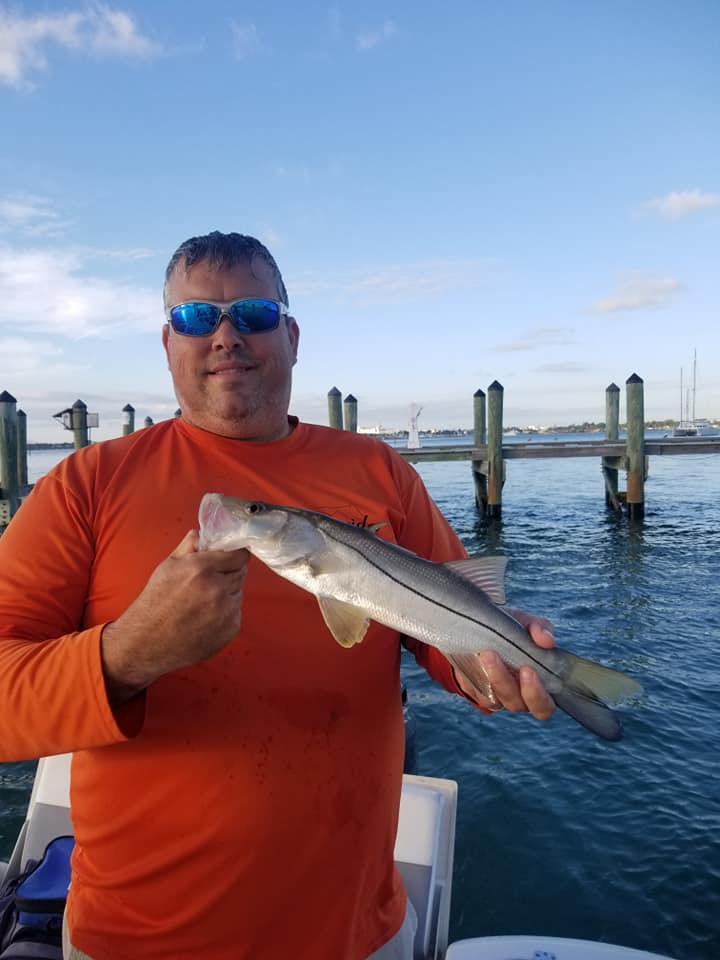 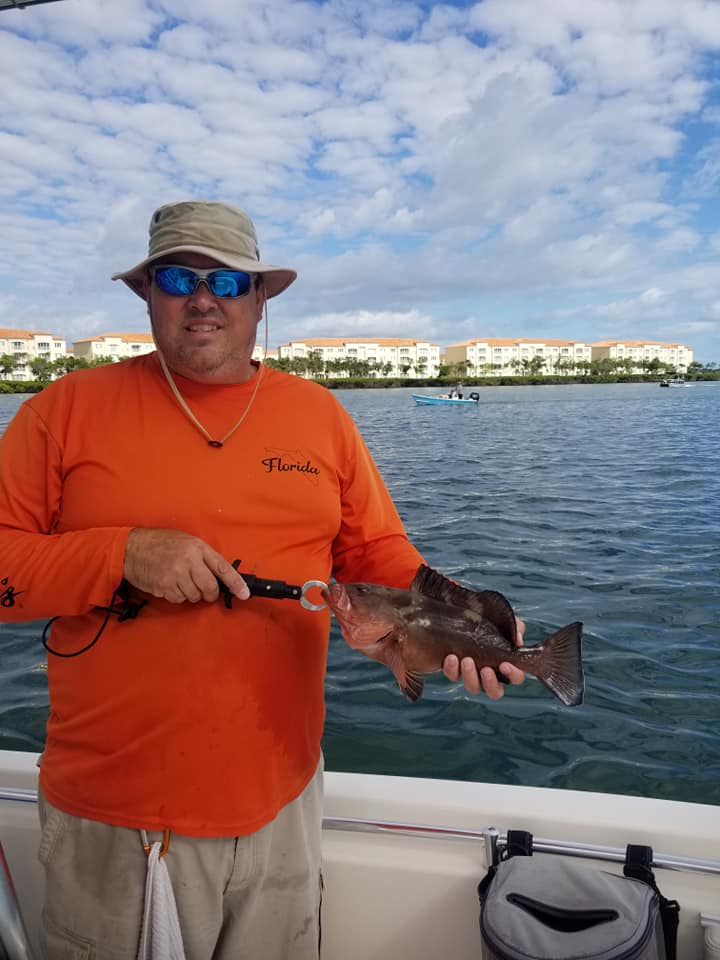 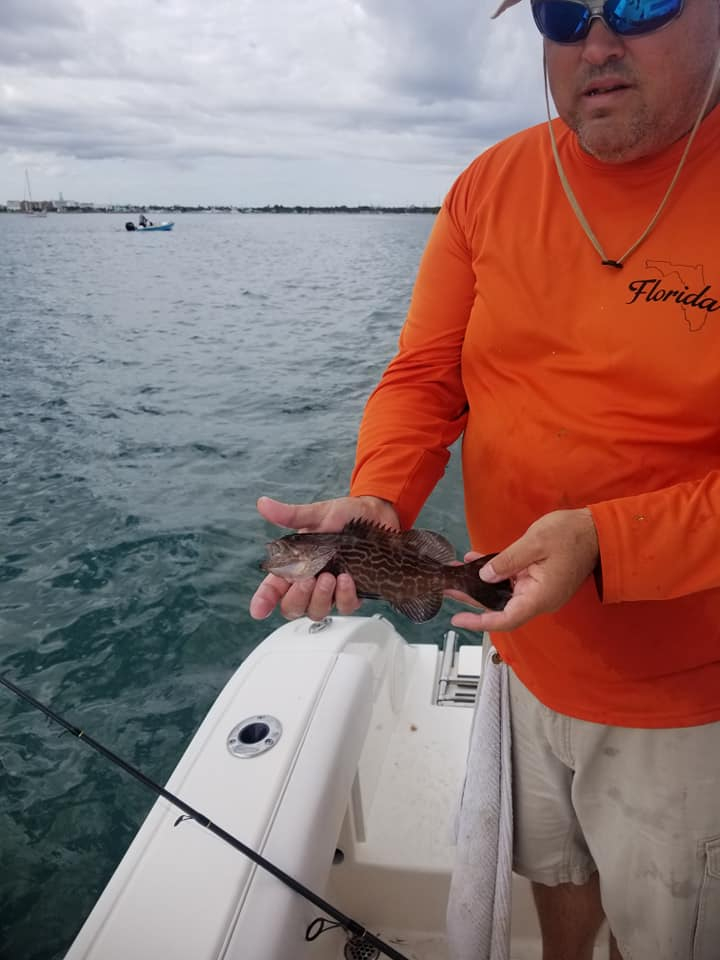 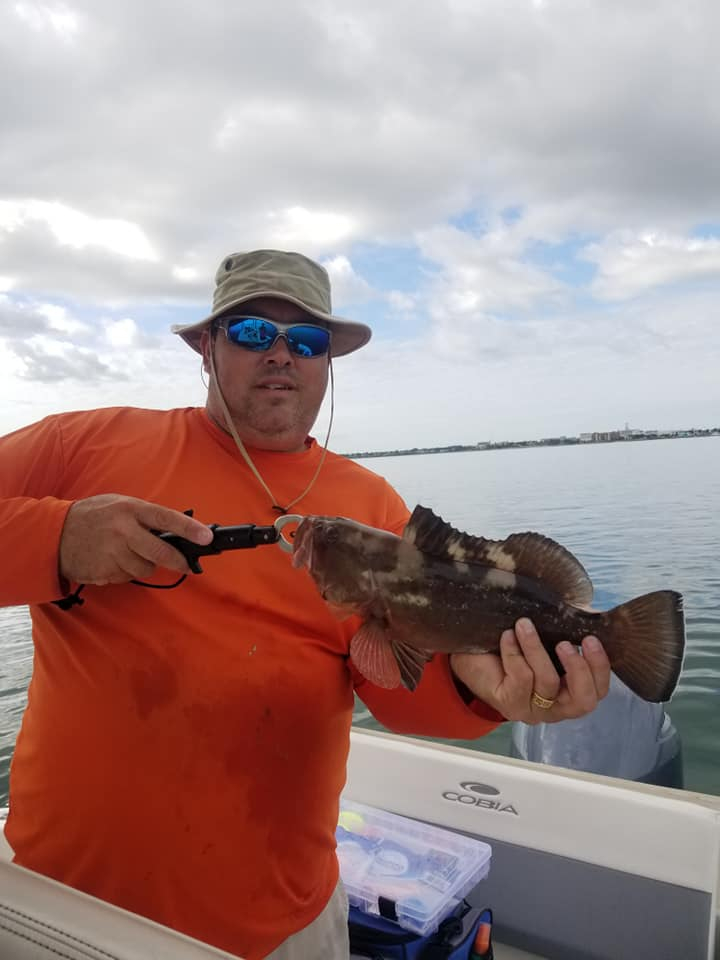 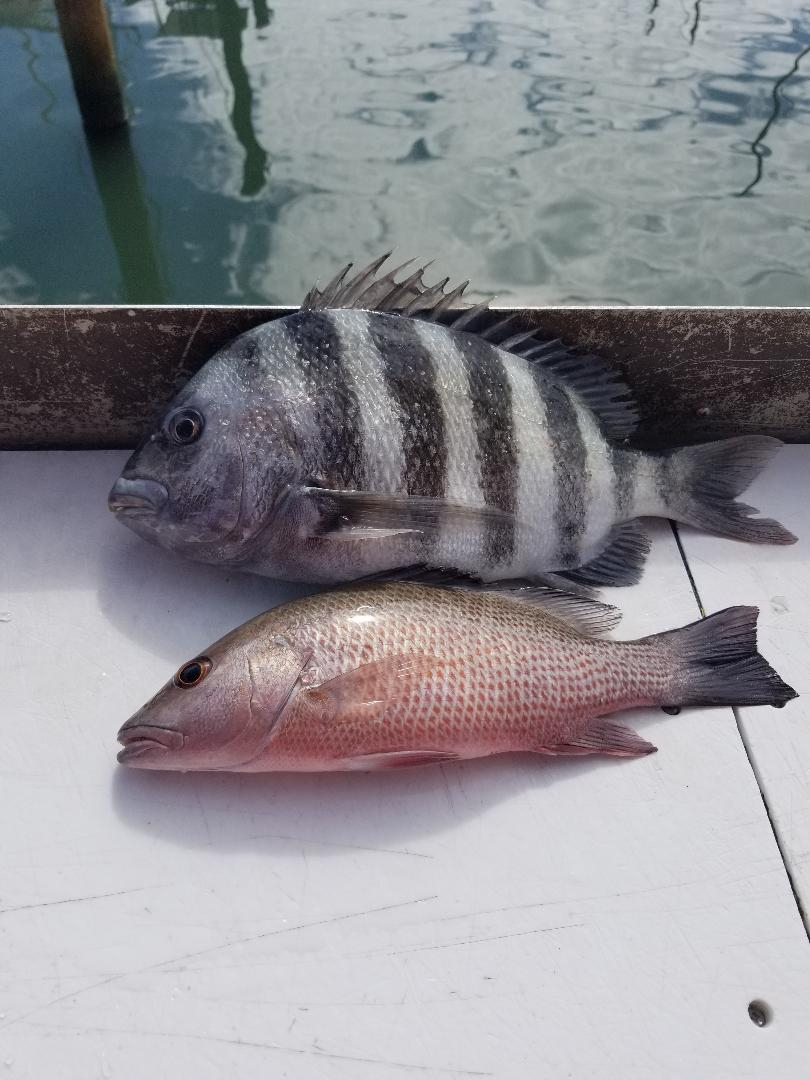 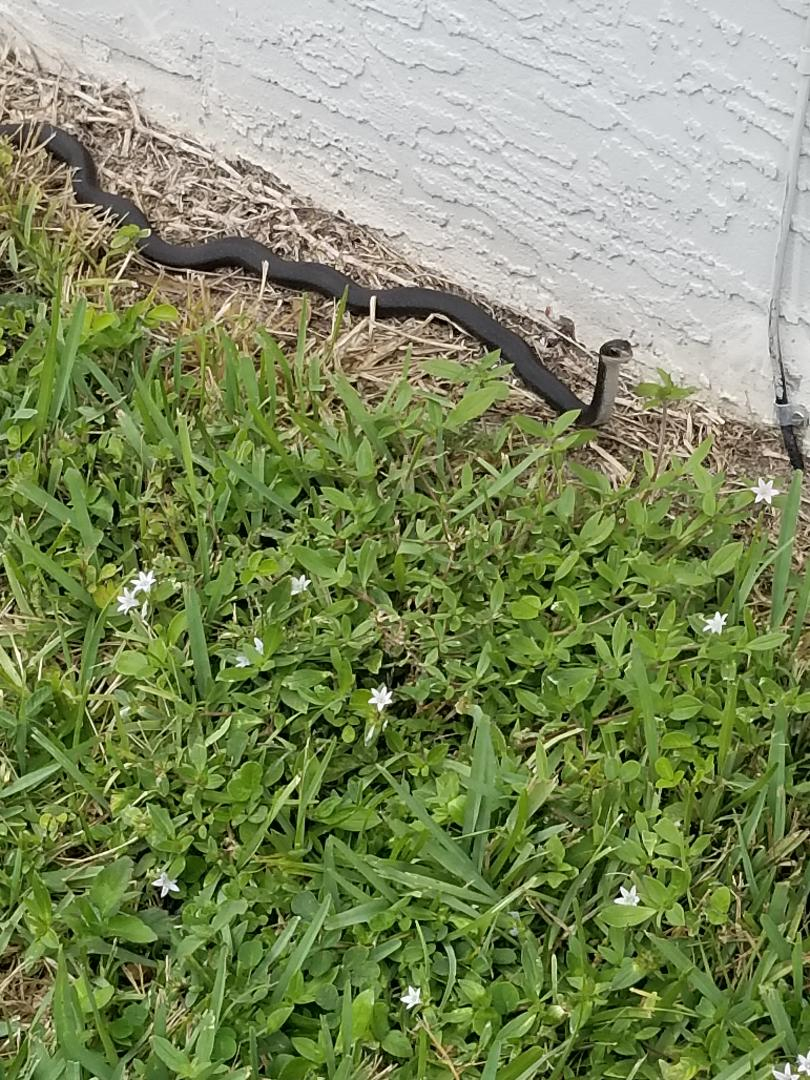 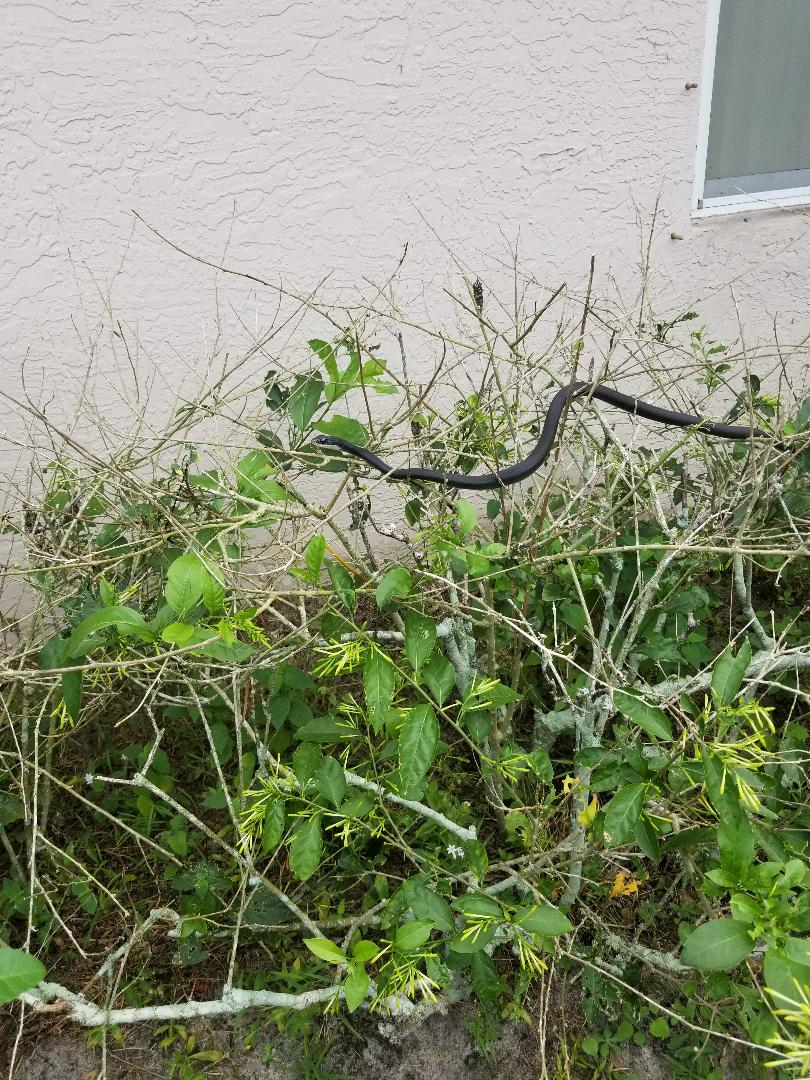