jman122 33478Posts: 52 Deckhand
November 2018 in Southeast General Fishing & The Outdoors #1
Got out of the inlet around 645, plan was to troll had a couple gogs in the live well as backup.
Put out a spread of small tuna feathers a daisy chain way back and a small cedar plug short. Was hoping for some sushi. Around 715 we picked up a short dolphin on a red/black/white tormentor tuna dart in about 420 had a second hit the cedar plug but it didn’t connect.

Continued trolling from 100-500 for another 45 minutes saw more birds today than I’ve seen all year but couldn’t find much in weeds or color change.  Decided since it was so nice to run out and hope to find something got out to 1000 and decided to run back in south and west. In 700 we found scattered weeds and some small patches and picked up a nice keeper on a pink zuker, had one hit our daisy chain way back to which I’m sure was the bull since he didn’t stick.  We found our little weed field again and trolled up a small dolphin on the pink zuker again he was short so back he went. We trolled around the patches again for a couple minutes and decided to try and put the gogs down; we saw a nice fin swim through but he wasn’t interested in the gogs or the rapala I was throwing at him.

we headed in to about 90 and put the gogs out. There was hardly any current we pulled up a cuda and decided to call it a day. 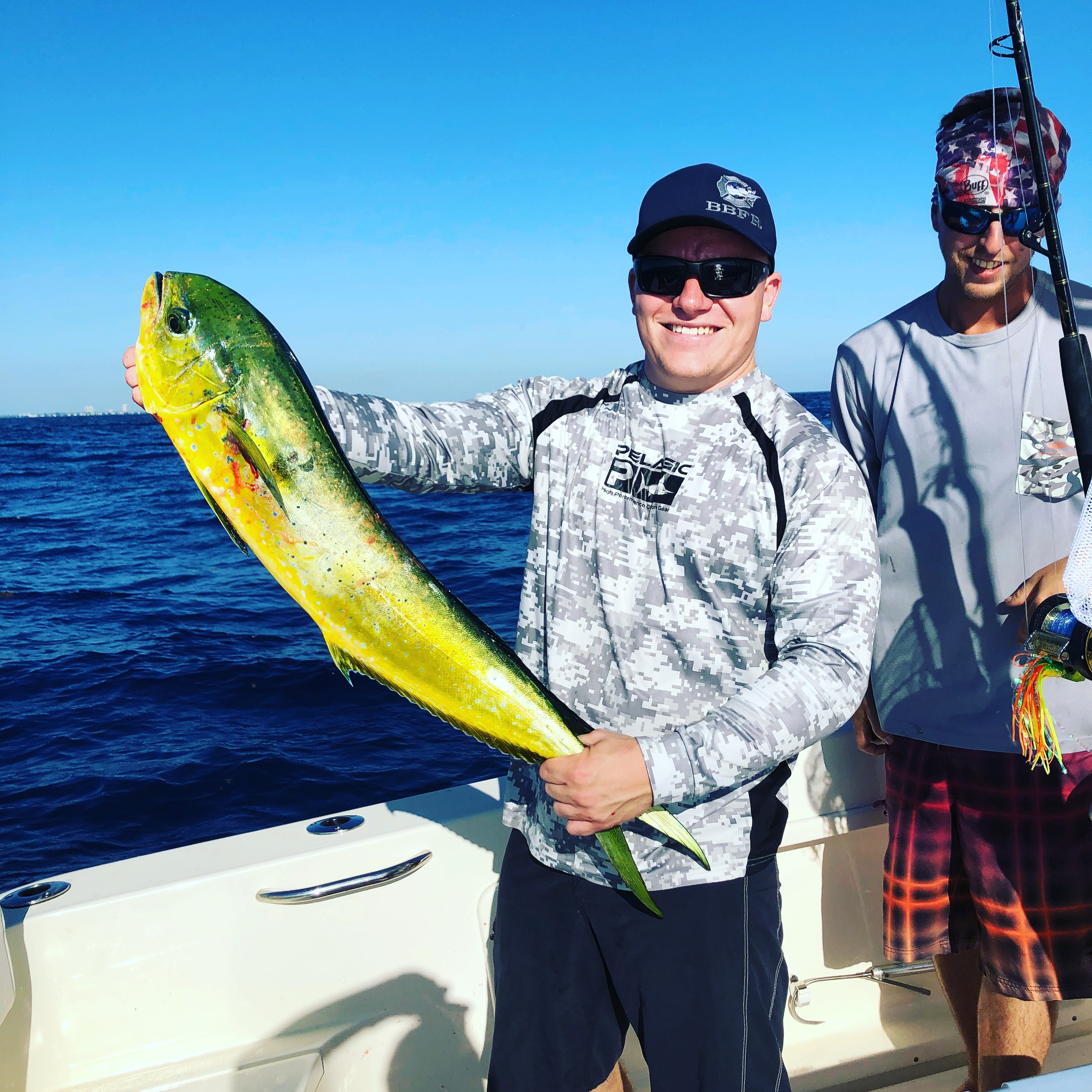 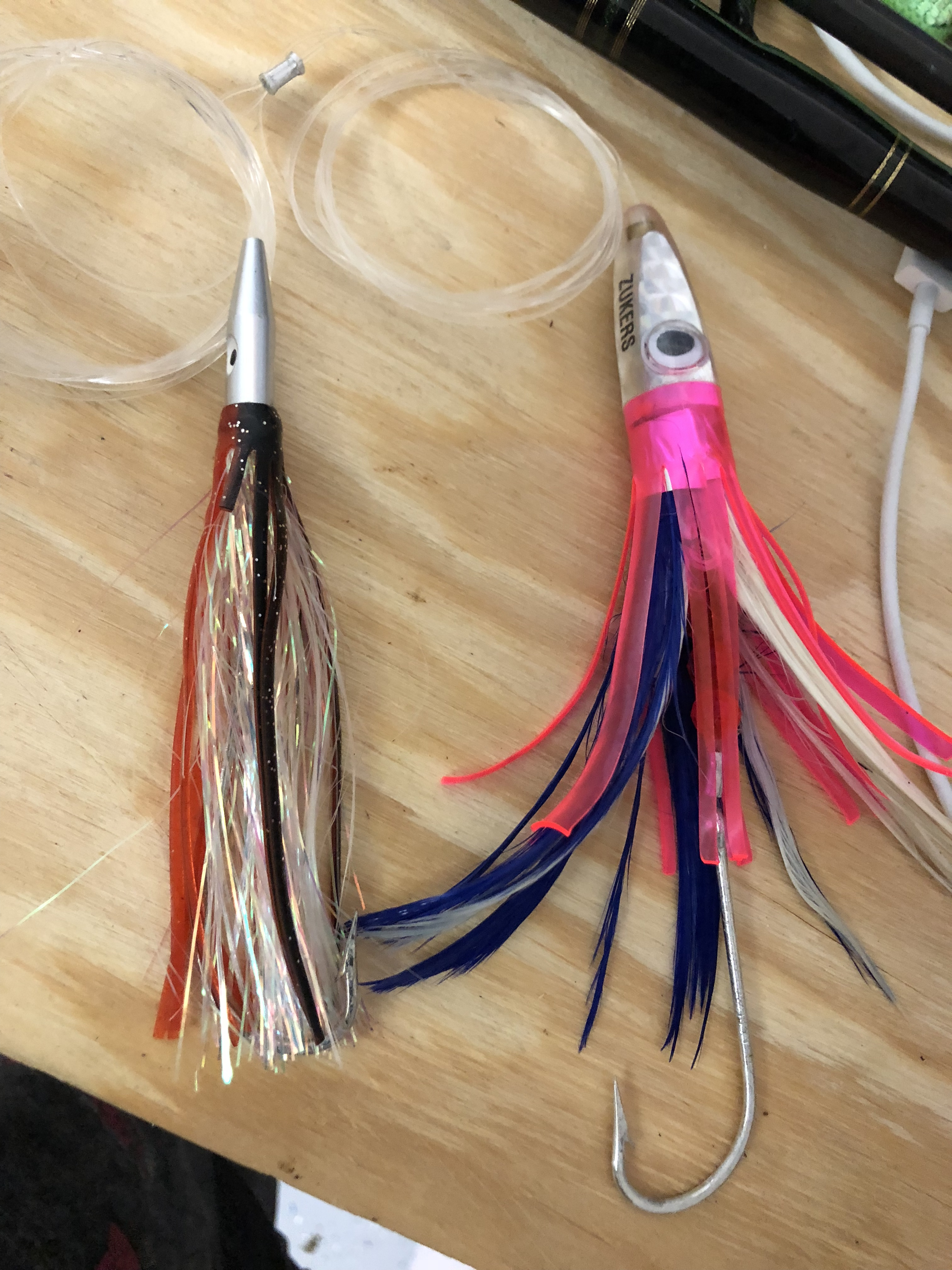 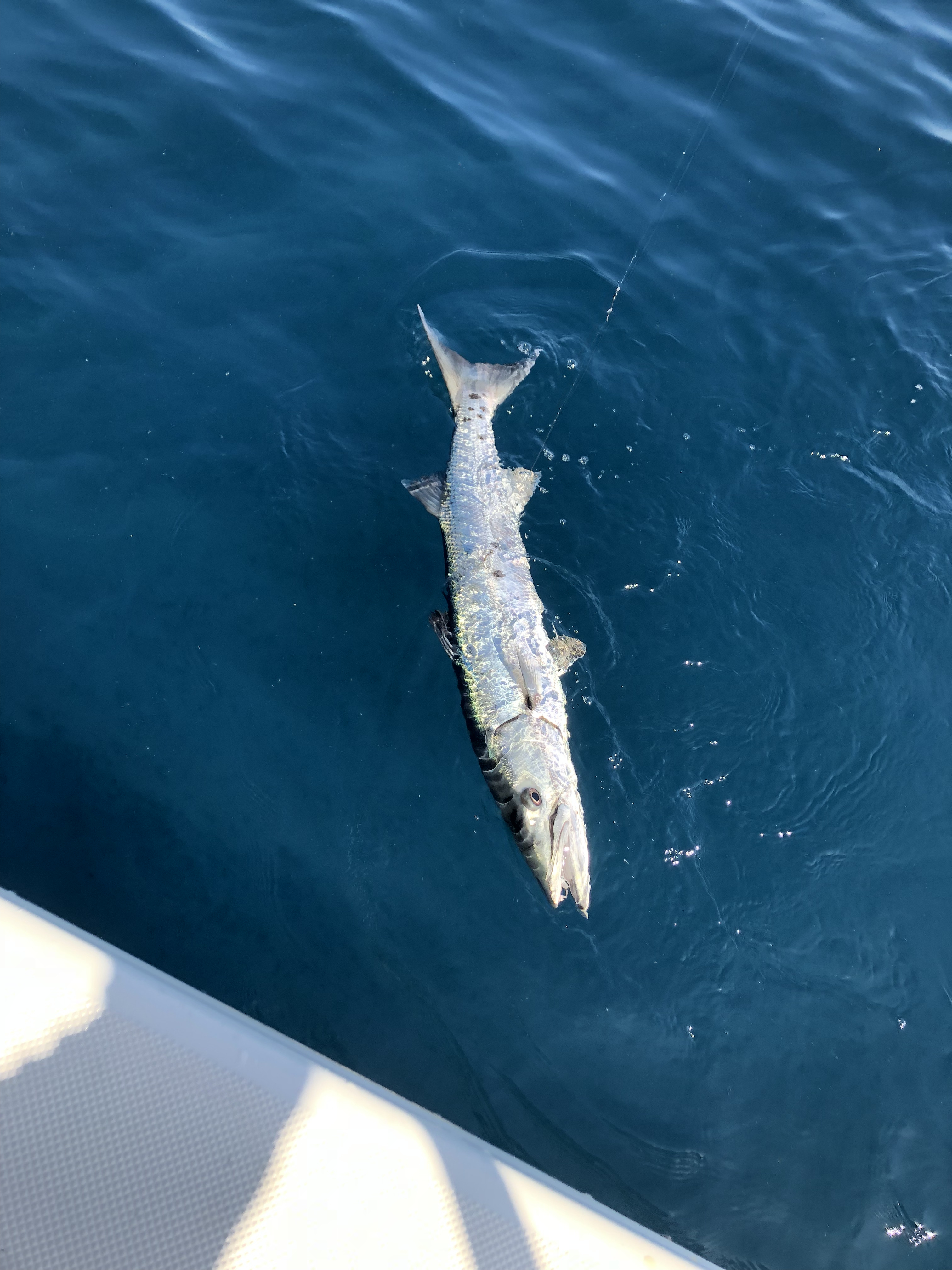 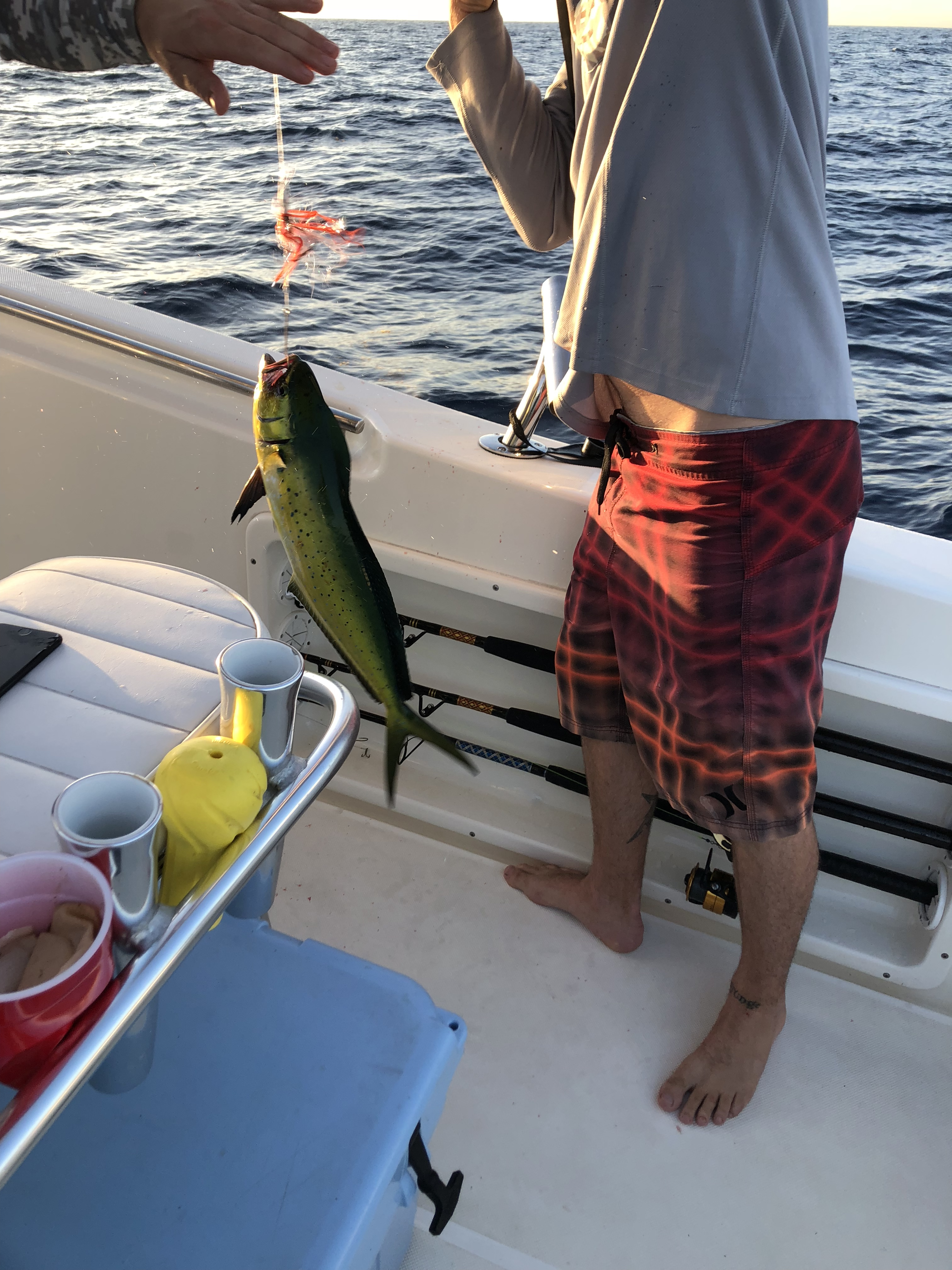